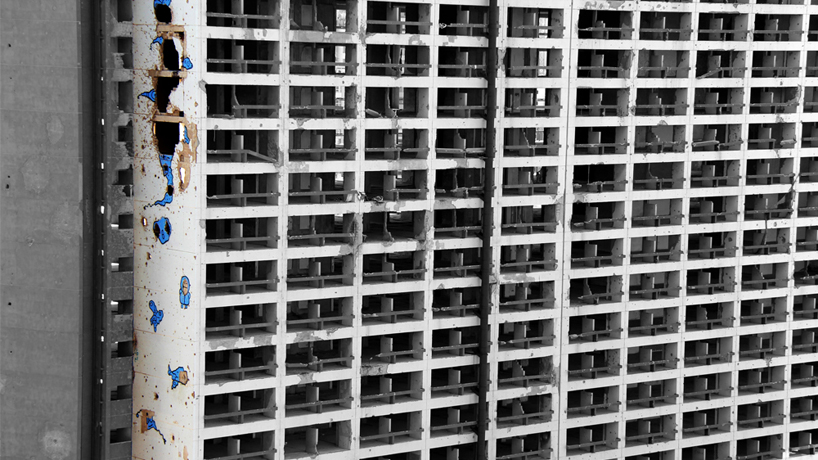 even after more than 25 years of the end of the civil war in lebanon, traces of it can be still encountered on many buildings. ‘war peace’, is a project by lebanese interior architect and artist jad el khoury, where these shocking bad memories are transformed into potato NOSE characters. after three months of intense rope training, two buildings in beirut filled with war traces were attacked as part of ‘war peace’. the project intends to highlight the bullet and missile traces by drawing on them funny characters that will deliver joy instead of bad memories. the venture stands for the idea that it’s time to move on and celebrate life and peace.

jad el khoury comments on the way the project was executed: ‘doing this project illegally was part of the concept, since the people who shot those buildings did not ask for permission, at least it’s a peaceful art attack.’ 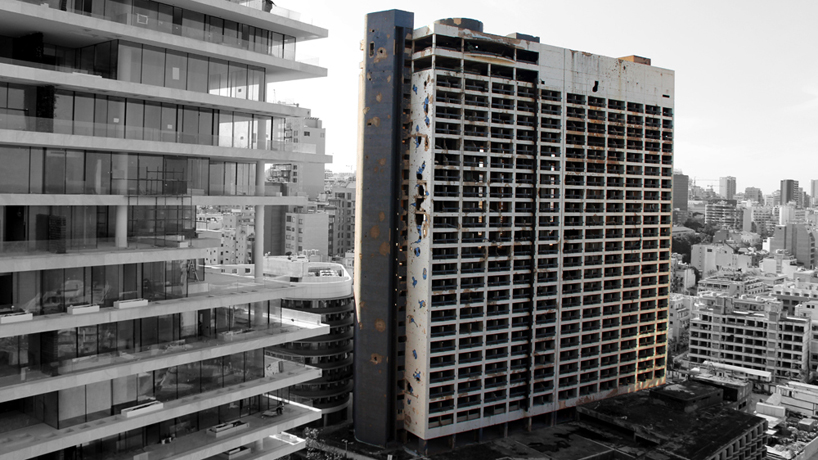 after more than 25 years of the end of the civil war in lebanon, traces of it can be still seen on buildings

potato NOSE is a collection of characters that float freely throughout a composition, made of lines that jad el khoury has been doodling for more than ten years. by using those self-constructed lines to represent people and things, he stumbles upon in his life, dreams and nightmares.

‘I didn’t live the brutality of war, but these chaotic battle traces gives me an idea of the barbarity that took place in my beloved city beirut. for the old generation who witnessed this barbarism it’s time to move on at the same time for those who don’t know what is to be living in a wartime the traces should be preserved to give them an image of the craziness of the situation.’ says jad.

to read our previous coverage on the ‘war peace’ project go here. 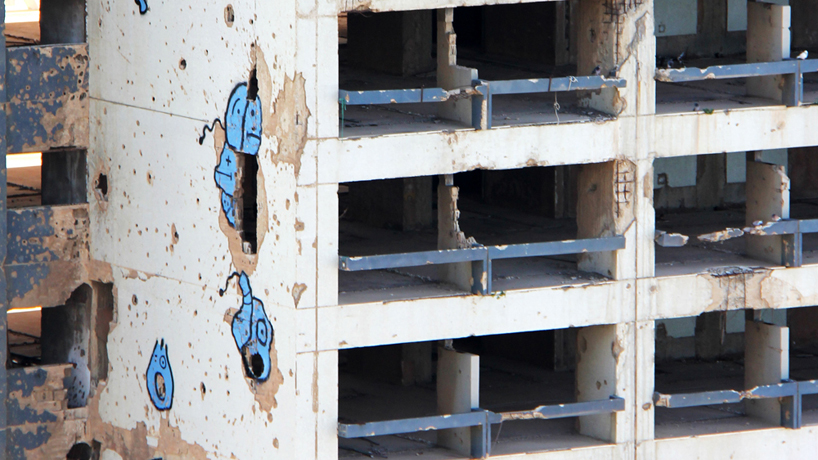 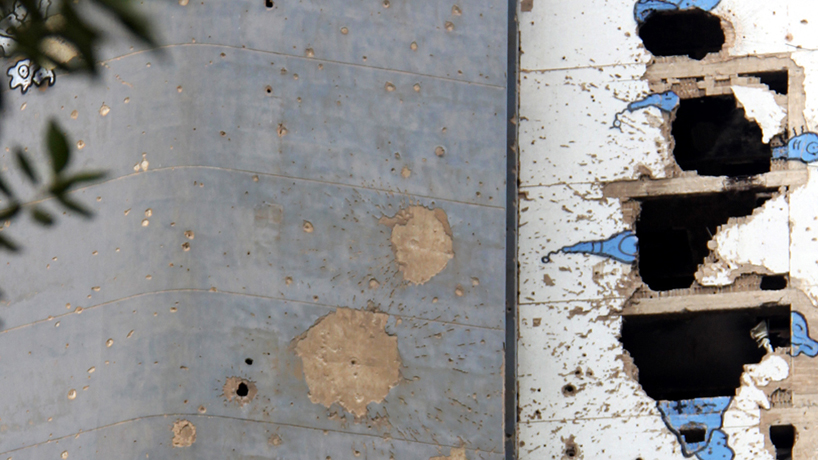 the doodles aim to deliver joy instead of bad memories 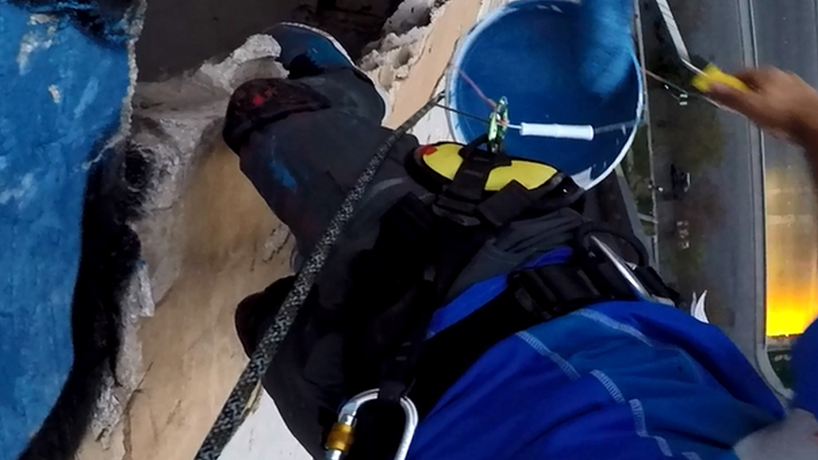 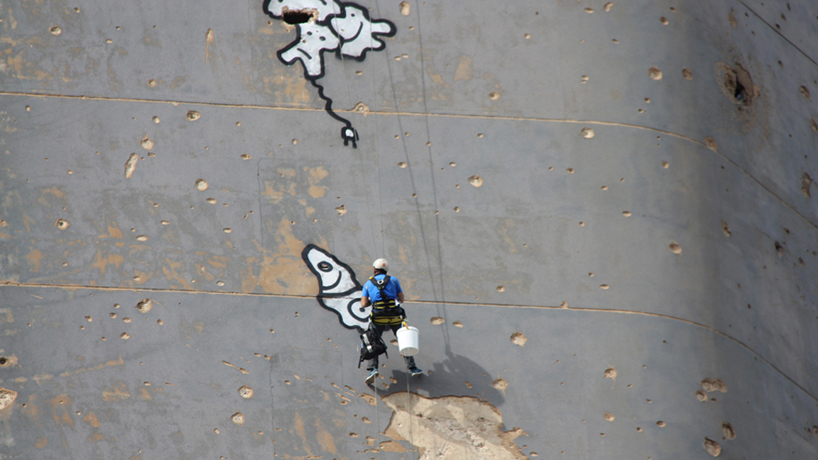 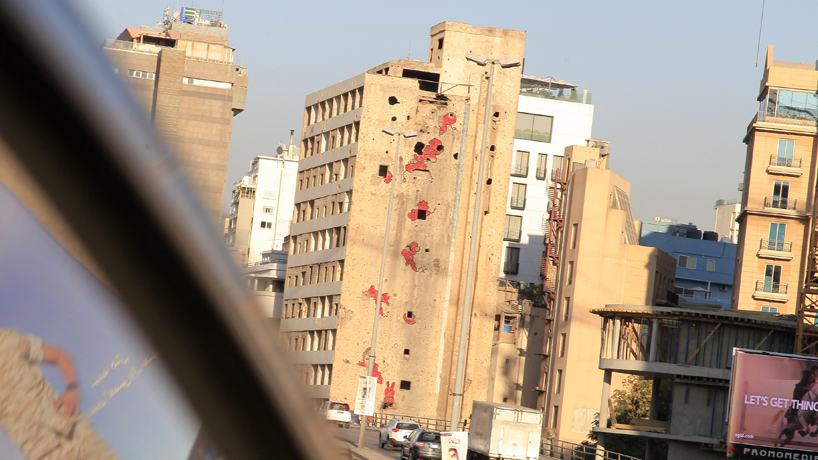 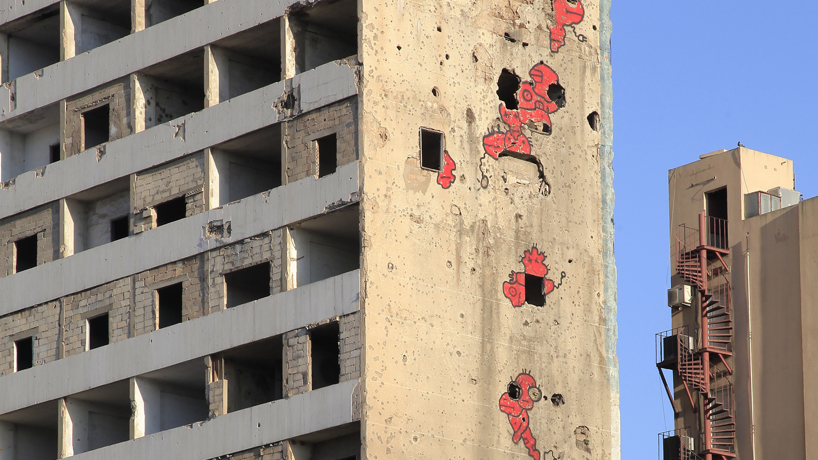 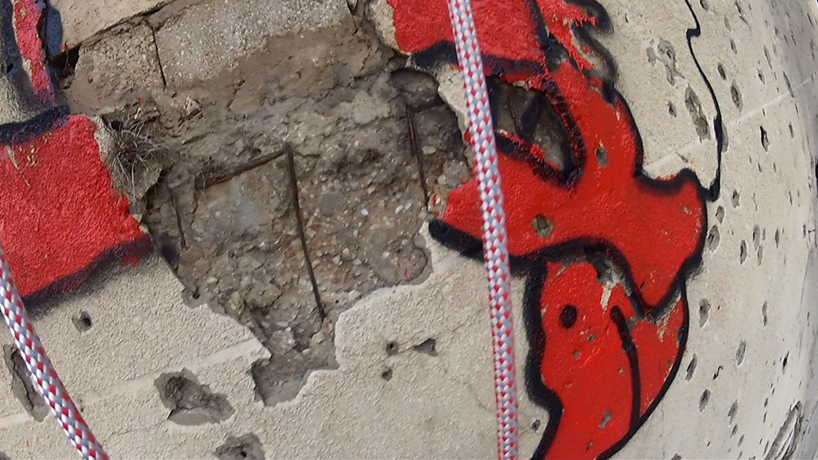 the project was done in an illegal way 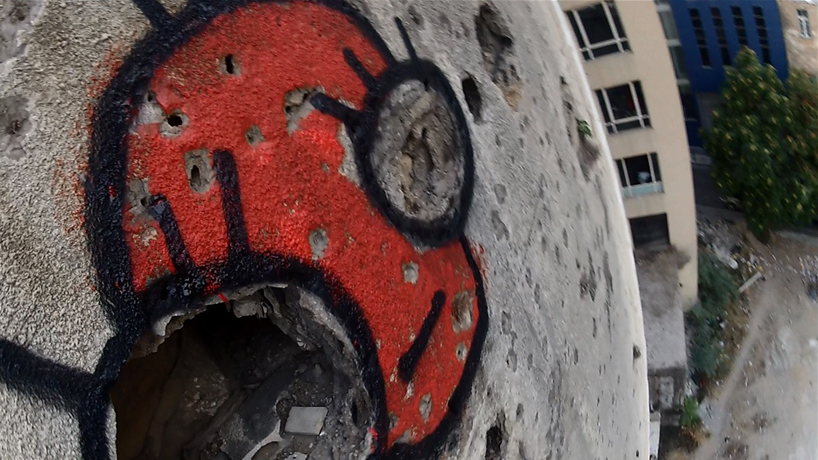 the author calls his project a ‘peaceful art attack’ 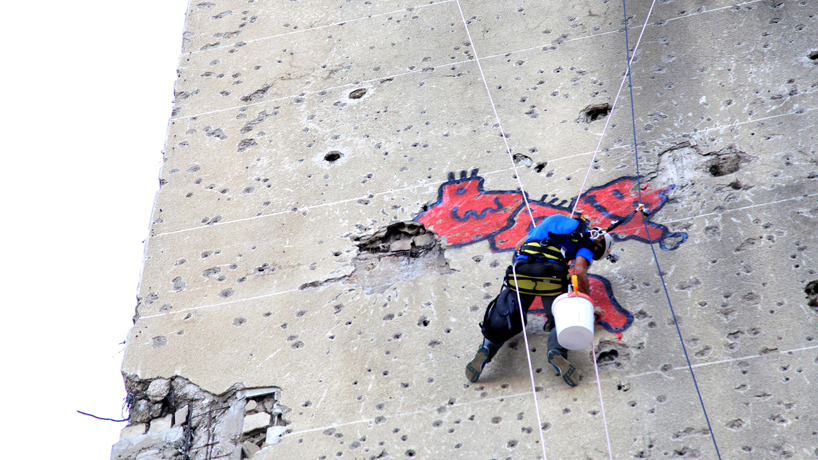 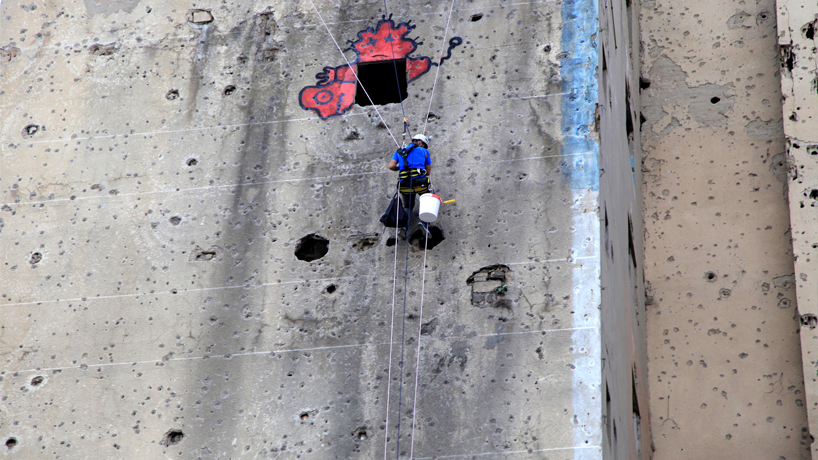 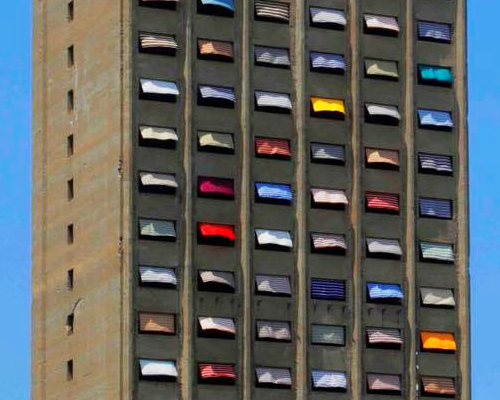 May 20, 2018
burj el murr no longer looms of war, but dances with colorful windows in the wind 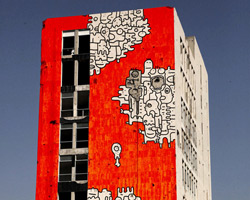