are states becoming more and more run by companies? what would happen if companies become states? could companies issue their own currency? these are some of the questions paris-based graphic designer jade dalloul mused when materializing the project ‘brand currency’. monetary denominations from 1-500 are printed with the portraits of famous founders and notable entrepreneurs from facebook to starbucks, quantifying some of the world’s most important companies. 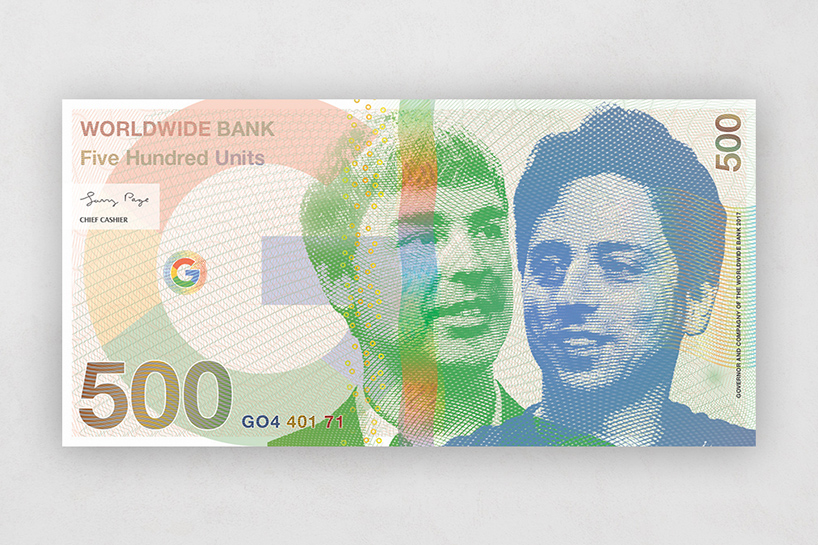 dalloul adopted mission statements as ‘state mottoes’, used pictures of company founders as if they were a political figures, and displayed motifs and logos in the same way that regimes highlight ideologies. ‘in doing so,’ dalloul says, ‘I also tried to root legitimacy of these brands in putting places related to their history, like the first gas pump for shell, or the new apple campus.’ 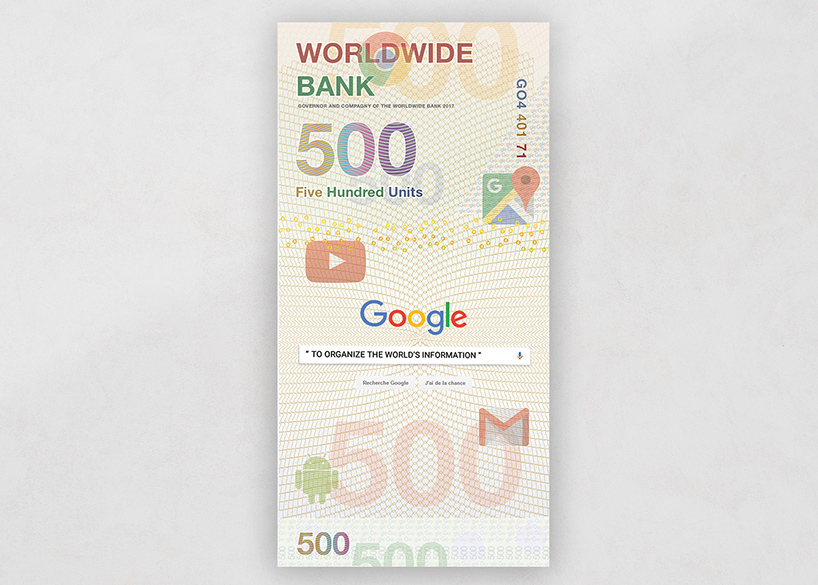 the designer furthermore imagined the currency with worldwide influences, giving it both vertical and horizontal reading directions. ‘eventually I chose the uniform scale derived from the US dollar bill for all units, and used the same ratio width/height originally found in the euro,’ dalloul continues. 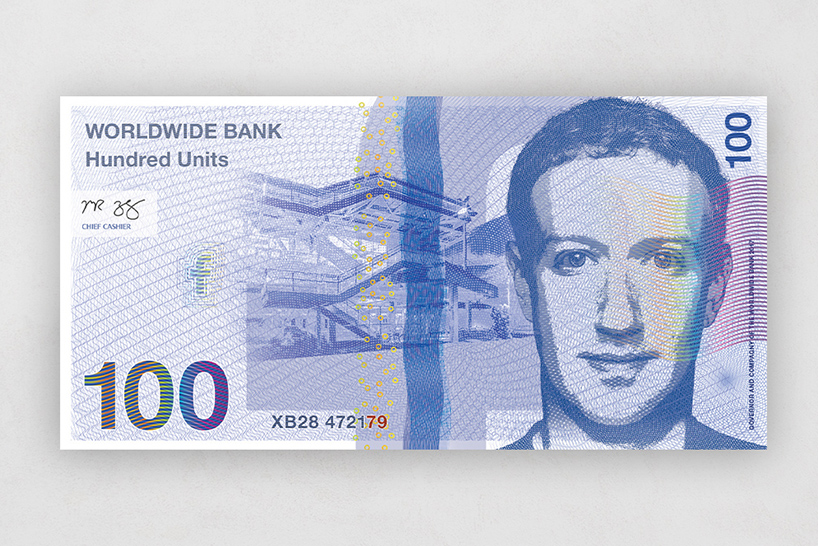 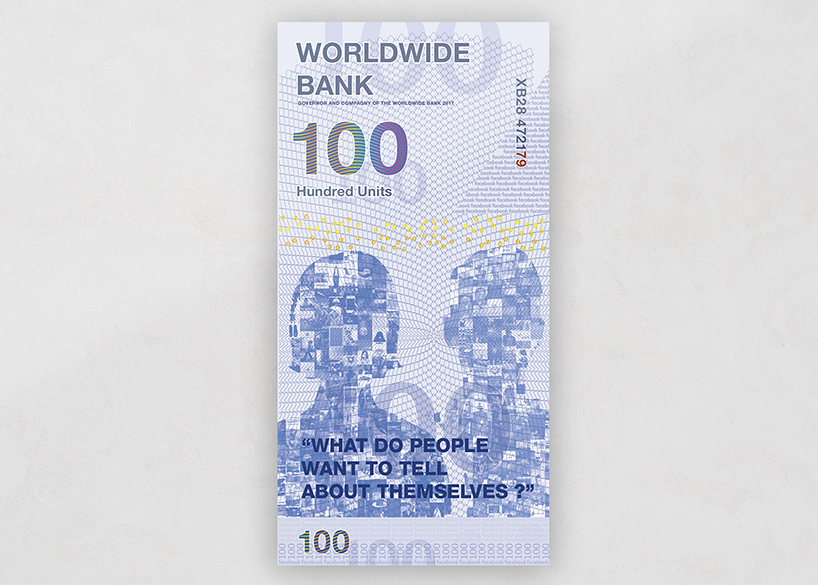 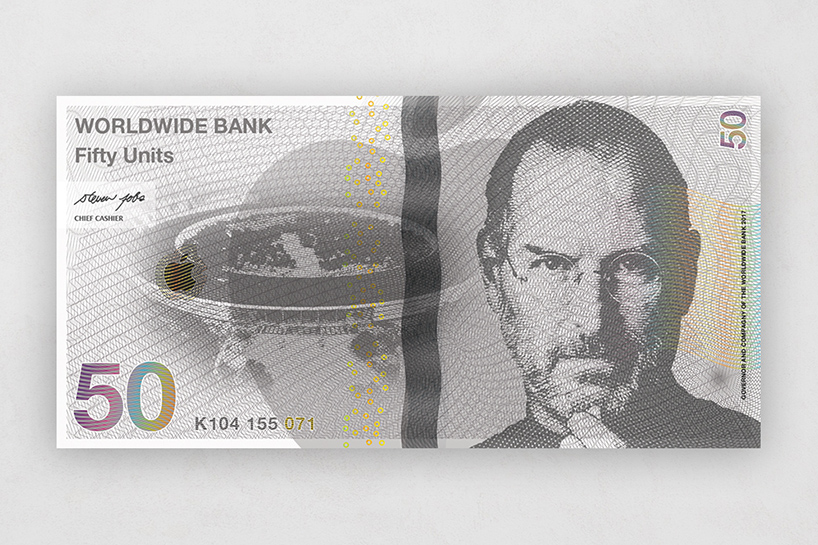 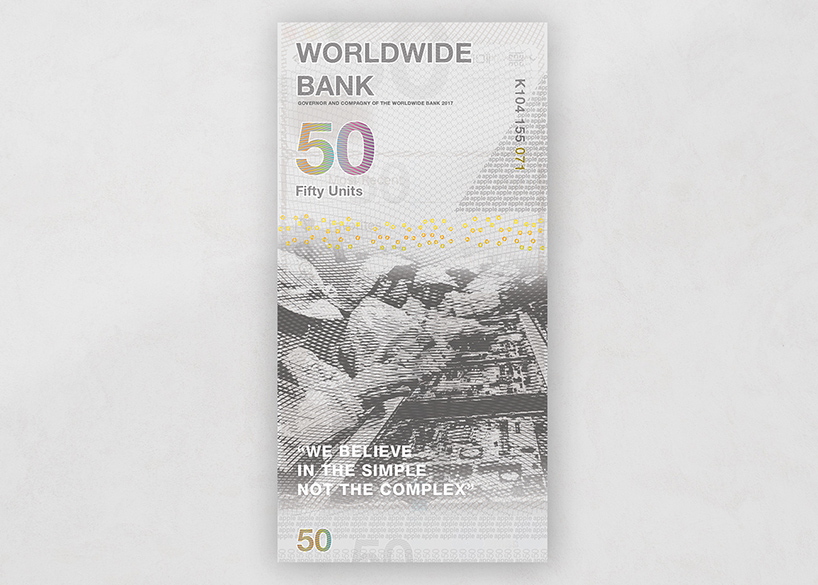 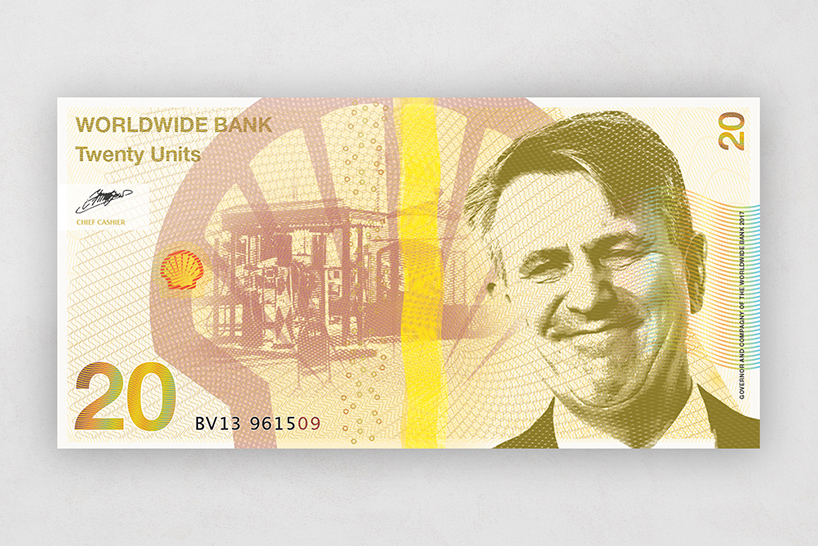 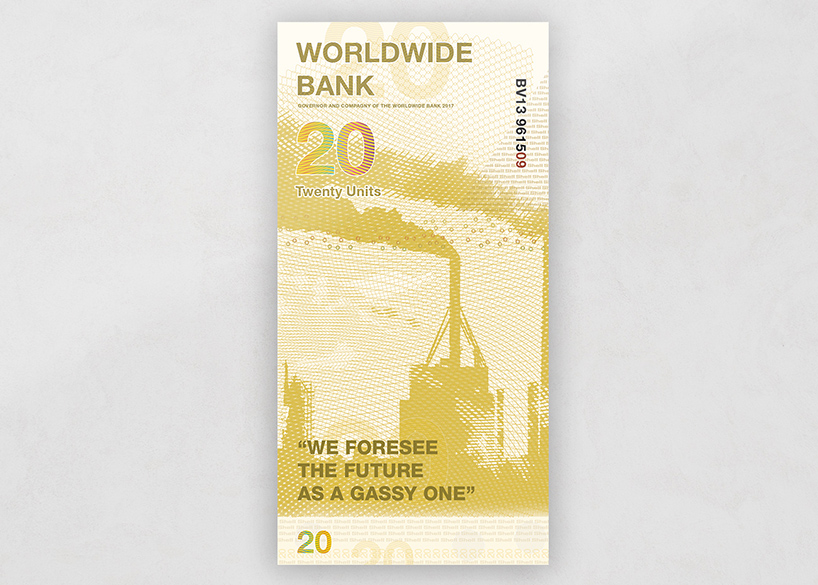 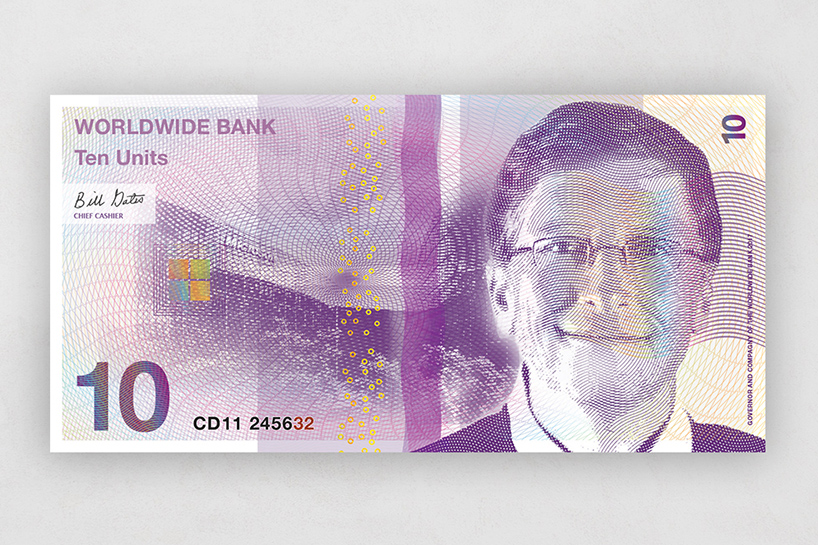 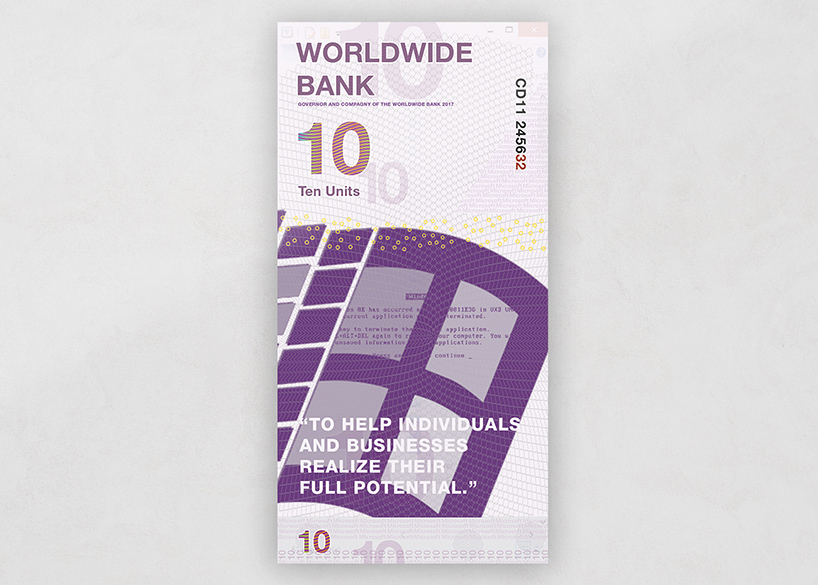 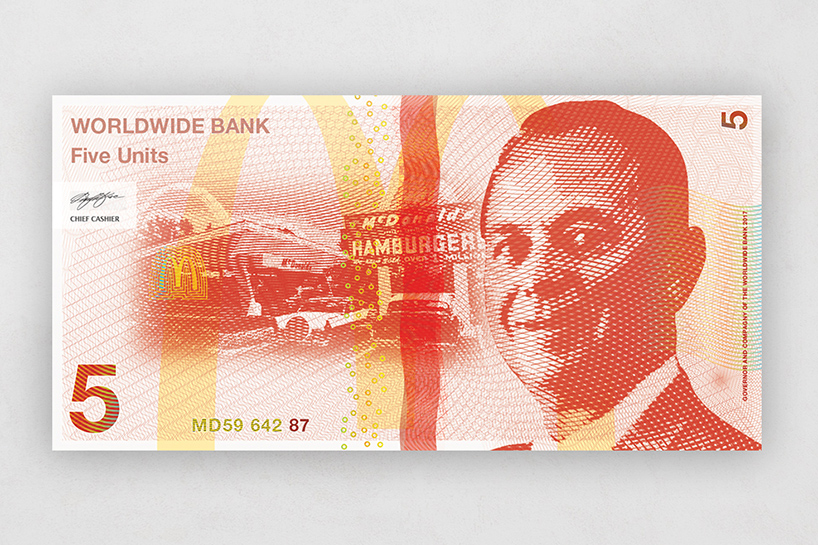 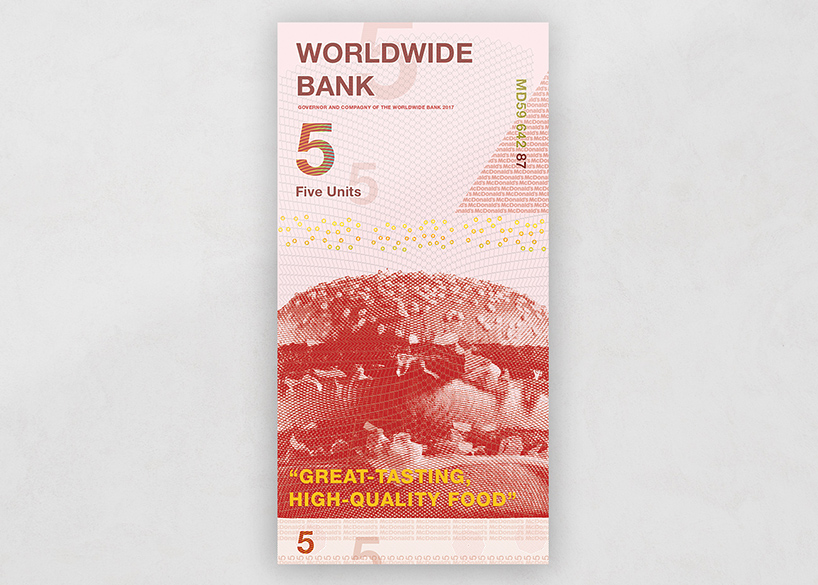 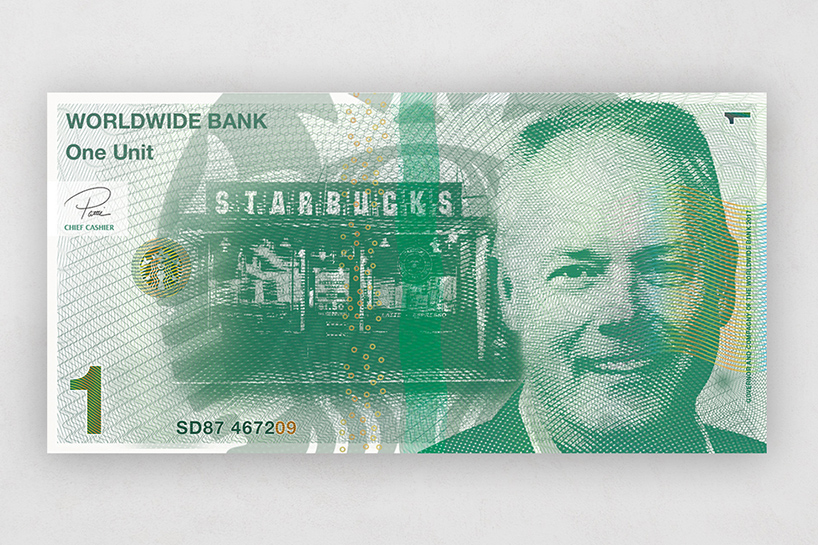 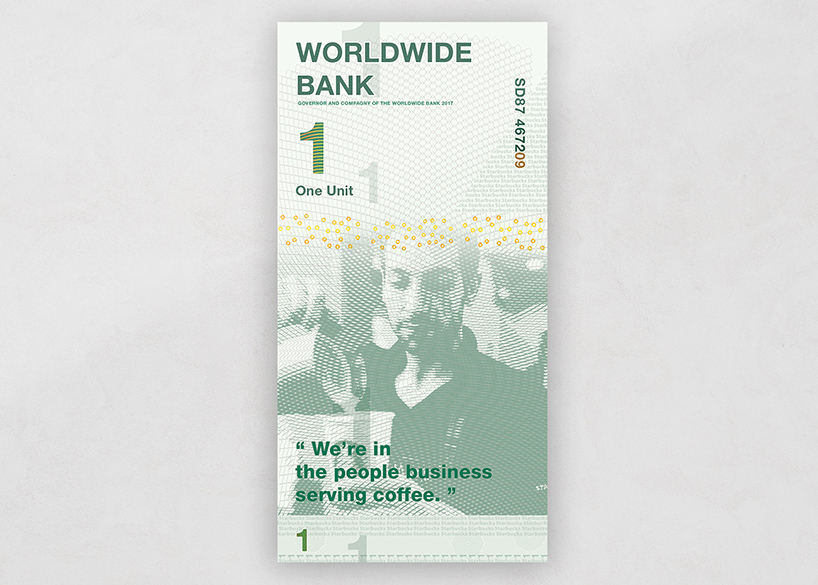 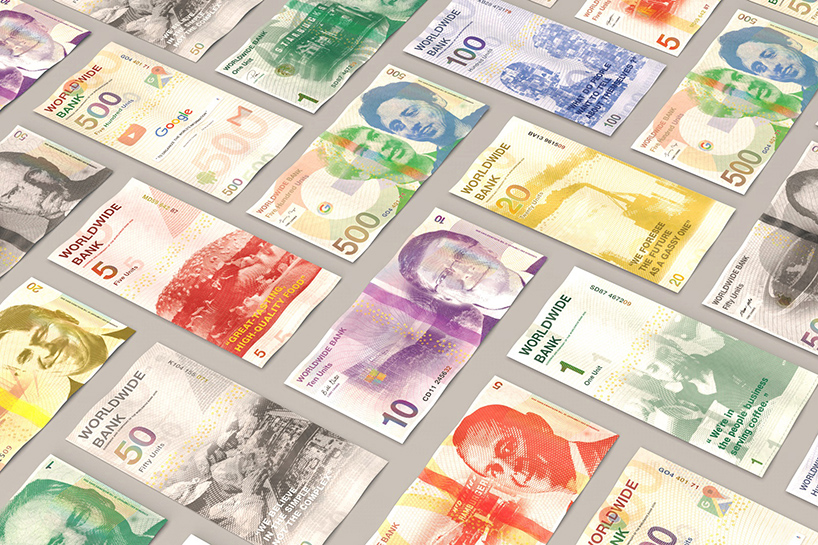