with ‘fucking hell’, british artists jake & dinos chapman used the most pathetic way of representing the thing that has most exorcised western civilization. the monumentality of the work emphasizes the shocking effect caused by the brutality represented and the incredible meticulousness of the details. the scenes teem with plastic toy figures of miniature nazi soldiers performing acts of grotesque and surreal violence, suggesting genocide. in this terrible setting, every figure is decapitating or cannibalizing another, without there being any identifiable victors, victims or other moral categories. 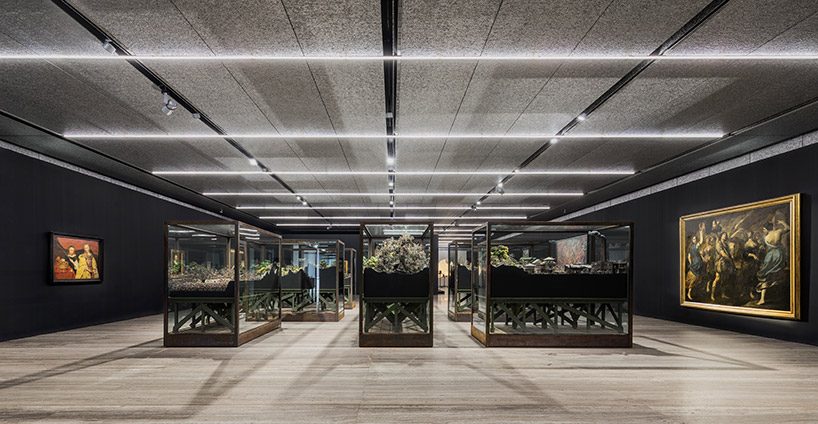 ‘it’s not called ‘holocaust’, it’s called ‘fucking hell‘. putting something behind glass escalates the level of voyeurism: you become implicated, just by the act of looking’, state jake & dinos chapman.

the artists produced ‘fucking hell’ following the destruction in a fire of their gory installation ‘hell’ (2000). this second version is larger and more spectacular than the first. emphasizing the apocalyptic and psychological root of the work in nine vitrines, arranged to form a swastika, is even more baroque. existing within the realm of play, the artists bought 60,000 toy soldiers, and in two years of work chopped them up, remodeled and recast them — read more about the initial process here. 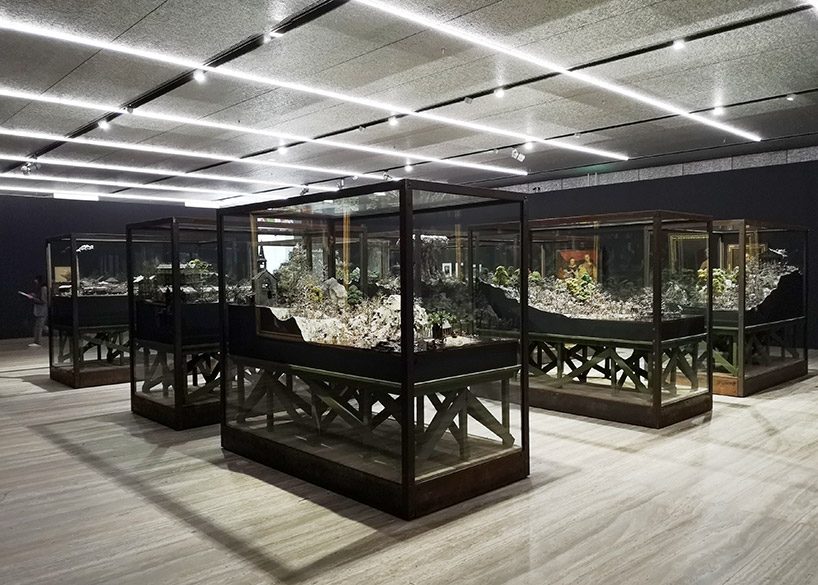 ‘fucking hell’ is part of the exhibition ‘sanguine’ at fondazione prada. the show is a personal interpretation of the baroque based on innovative juxtapositions and unexpected associations of works by contemporary artists and old masters. avoiding a rigid chronological order or a strictly historiographical approach, curator luc tuymans evades the traditional notion of the baroque and invites viewers to reconsider 17th century art, as well as the contemporary research, by placing artists and their role in society at the center of the exhibition narrative. 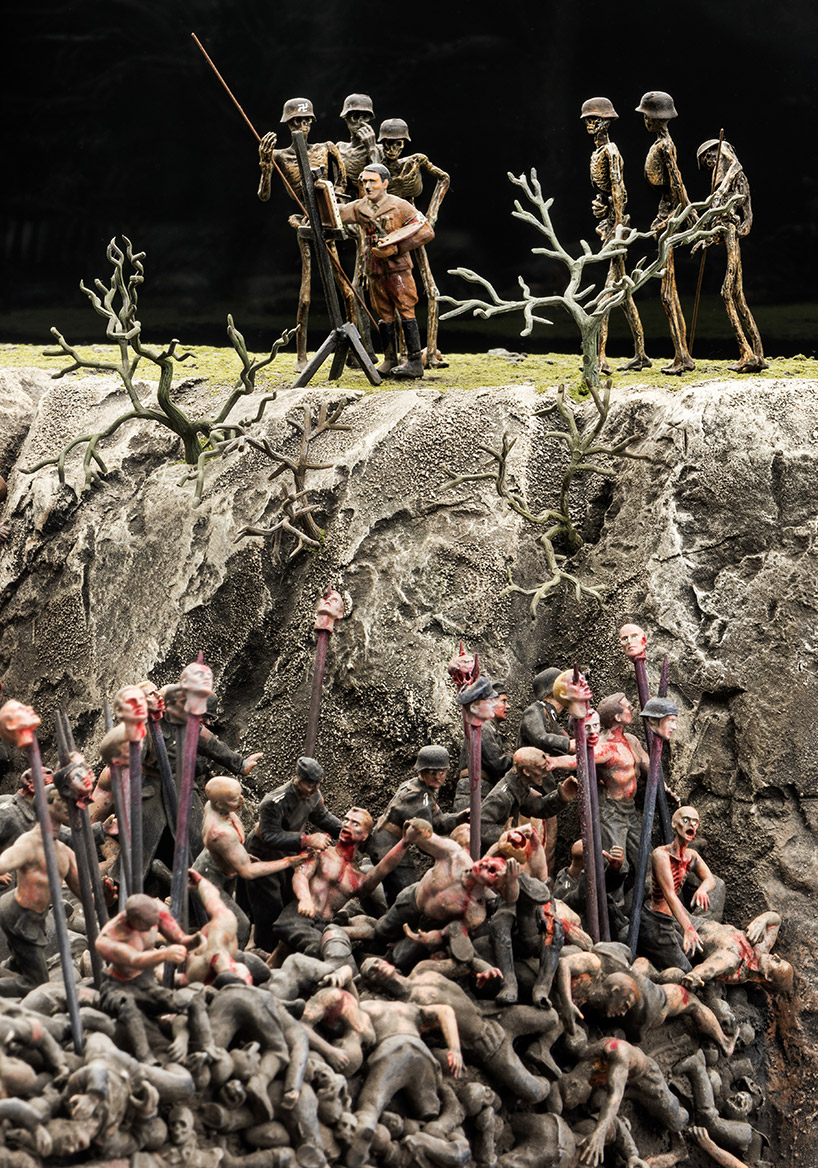 if baroque marked the start of modernity, tuymans explores the search for authenticity, the political significance of artistic representation, and the emotional turmoil generated by art. the exhibition title ‘sanguine’ — a word that signifies the color of blood, but also a violent and vigorous temperament, and a pictorial technique — suggests a multiplicity of perspectives to interpret the exhibited works, in which violence and its simulation, cruelty and dramatization, realism and exaggeration, disgust and wonder, terror and ecstasy coexist. 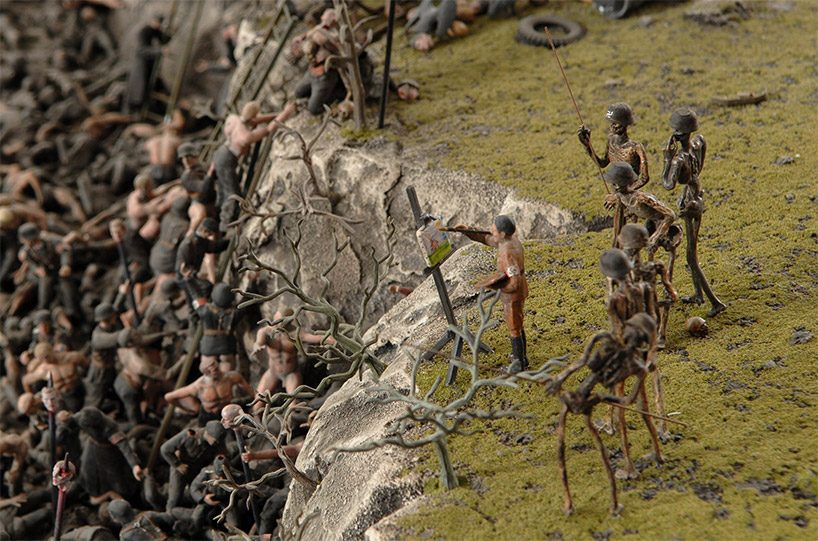 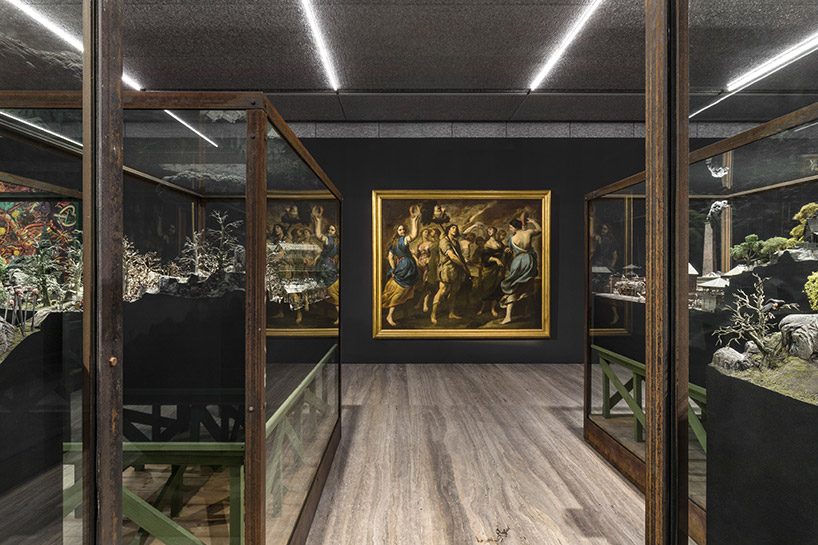 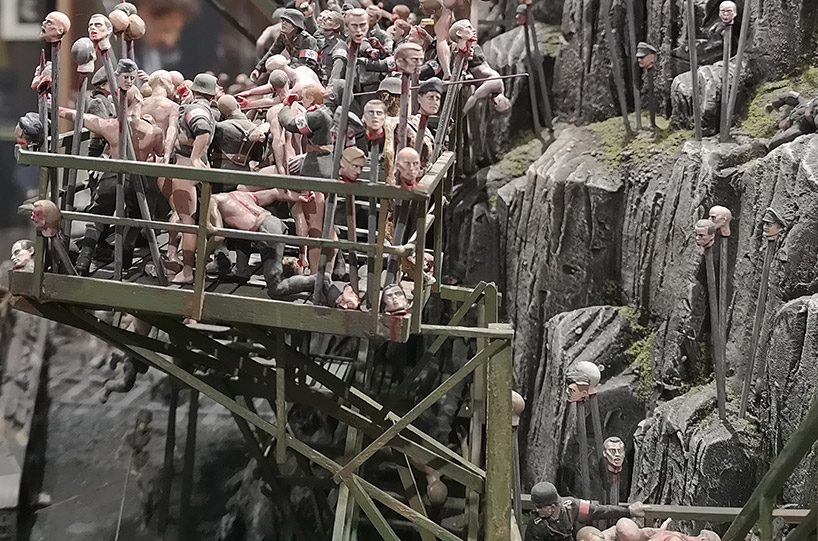 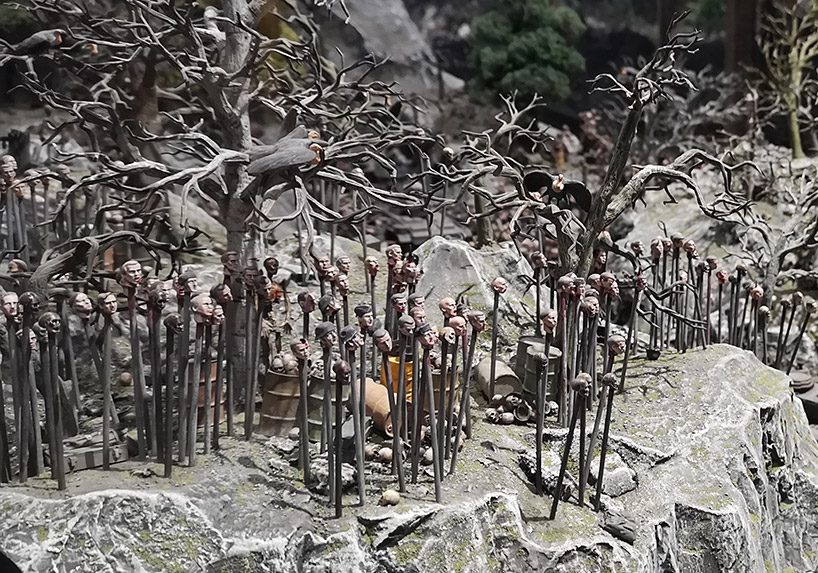 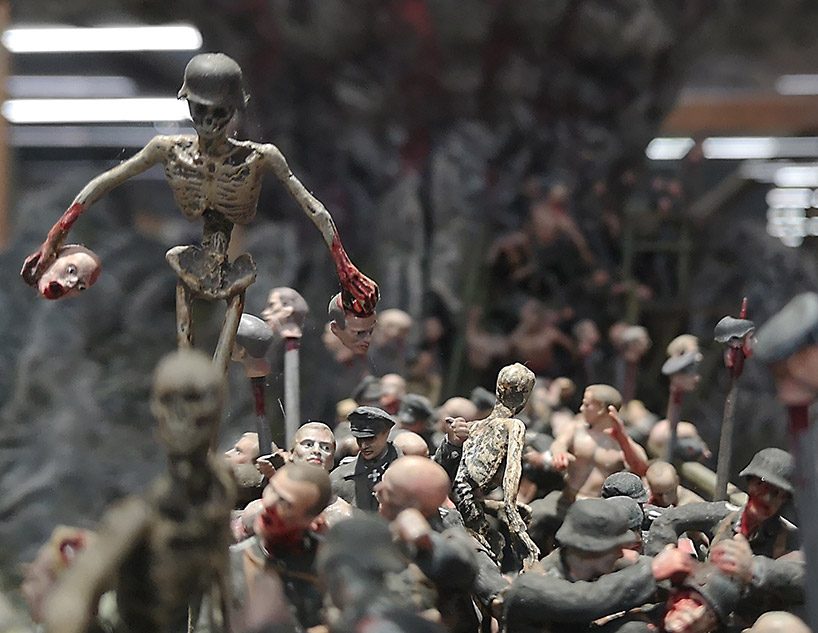 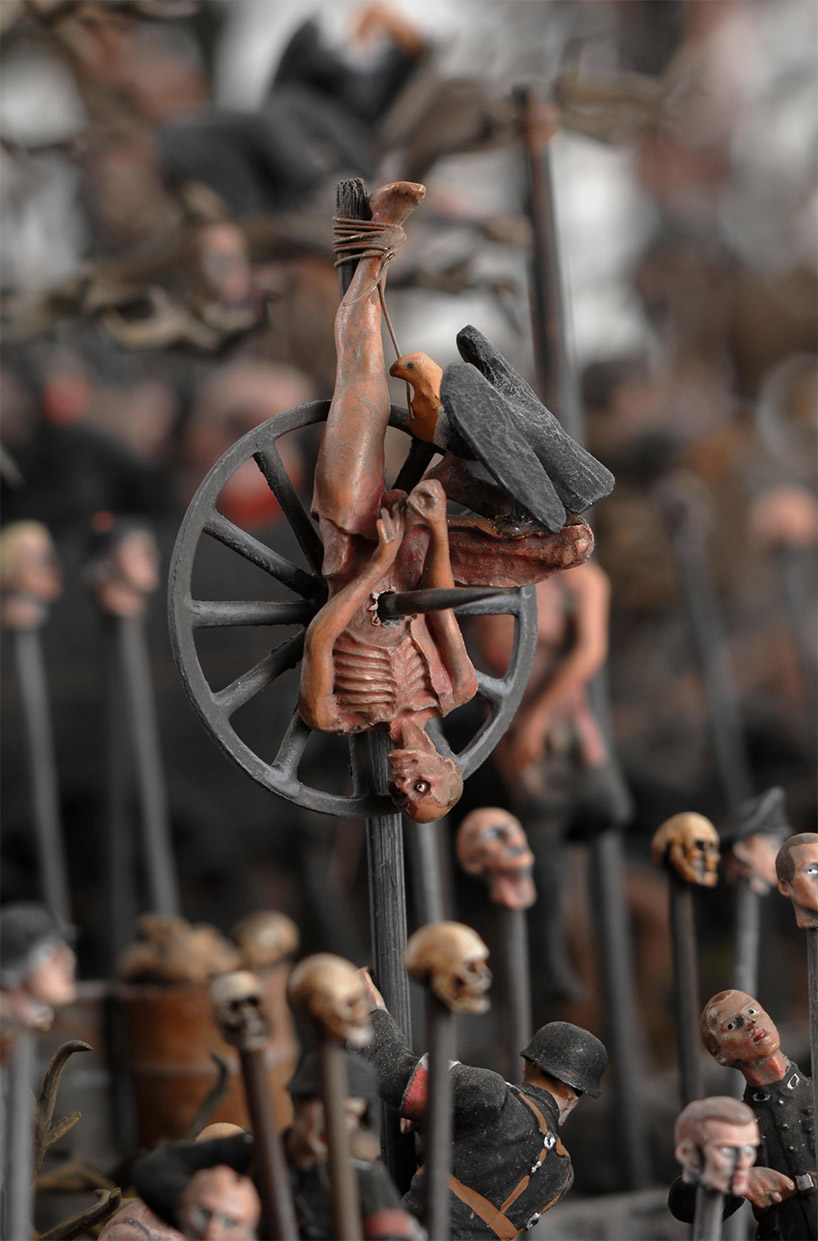 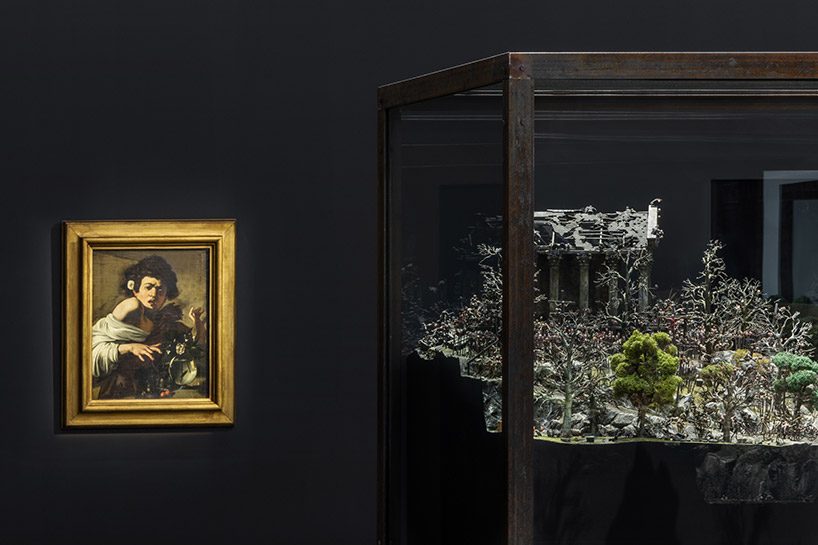 in luc tuymans’ vision, caravaggio was the first to transcend classical and mannerist tradition thanks to the psychological realism expressed by his innovative pictorial language; he also embodied the spirit of the baroque artist and the wish to communicate with the public through the power of representation. 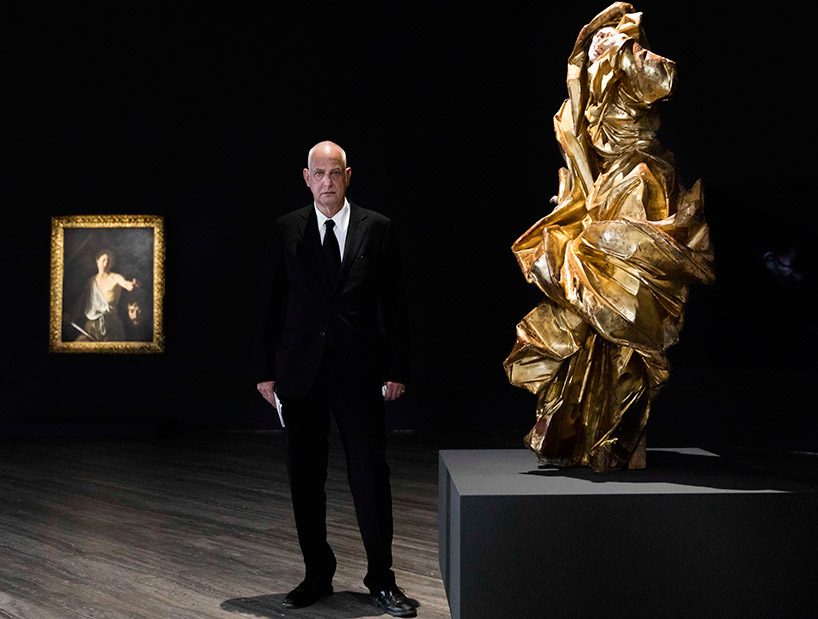 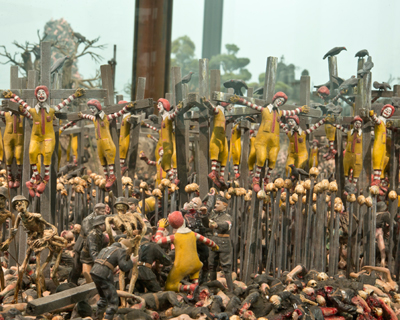 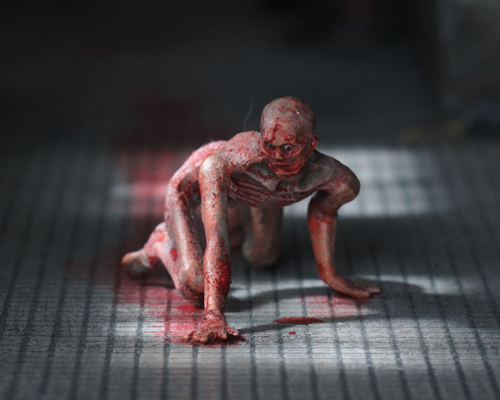 Nov 19, 2012
depictions of hell by jake and dinos chapman at the hermitage 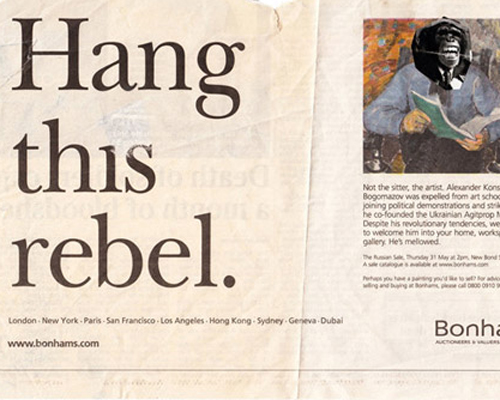 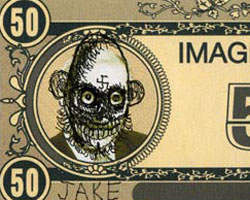