james clar, interactive media and architectural light artist, is currently holding  his solo show ‘for your eyes only’ at traffic design gallery, as part of art dubai.

influenced by the industrial nature of dubai, the show includes three separate installations with a selection of local industrial materials. the collection is a fusion of materials and technology, alluding to the construction and engineering industries. 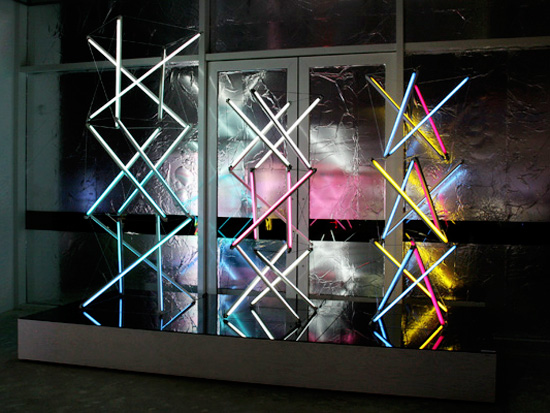 these spatial light sculptures use tense wires to create a self-supporting structure, and at the same time provide electricity. 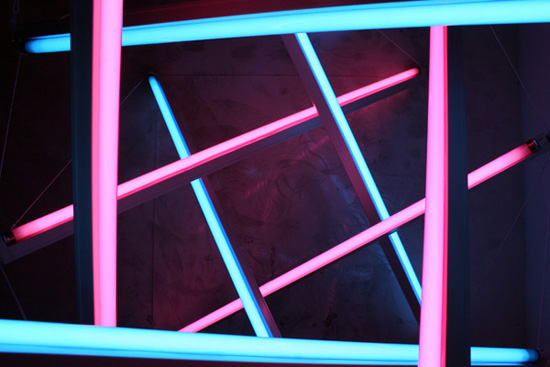 lines of color and light overlap and twist as they work their way up. 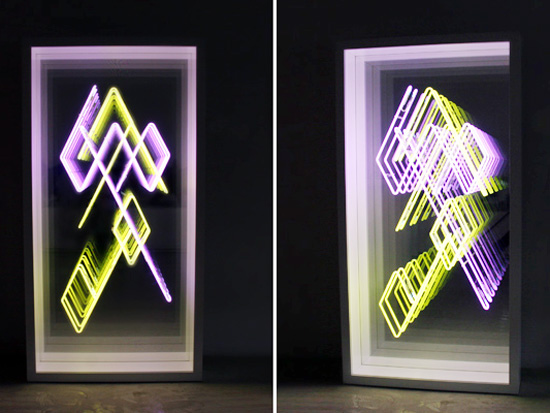 a deconstructed argyle pattern made from neon, overlapped and reconstructed spatially by using reflective mirrors. 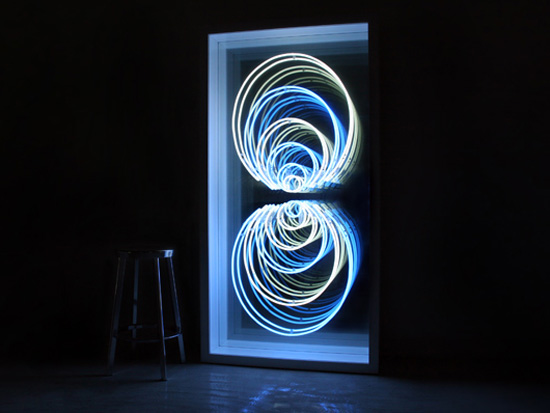 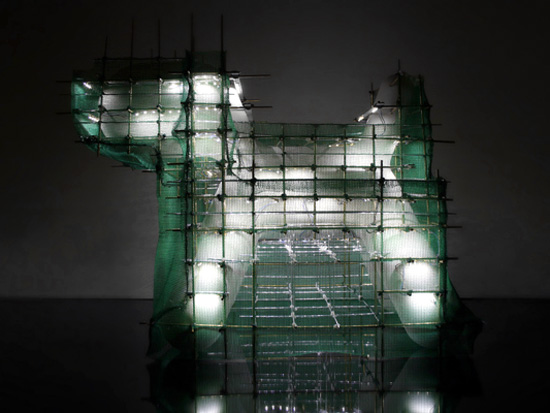 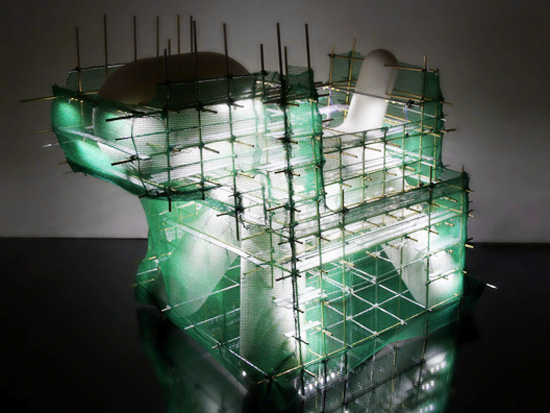 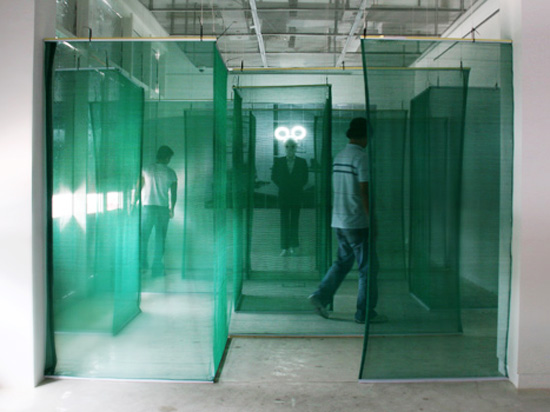 ‘rat maze’ is an installation which forces visitors to work and go though a rat race in order to view the actual rat race at the end. 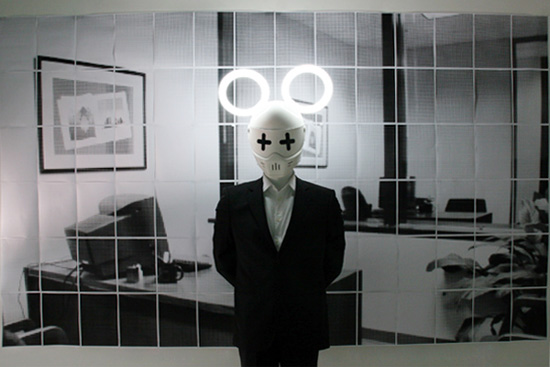 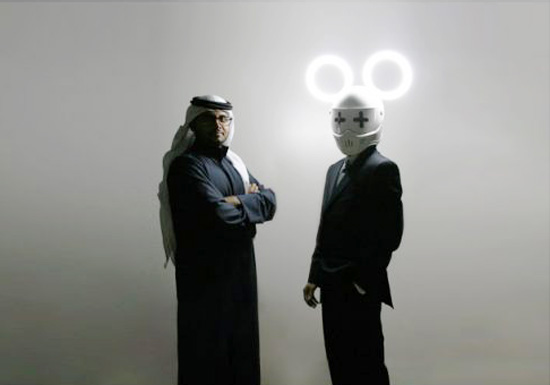 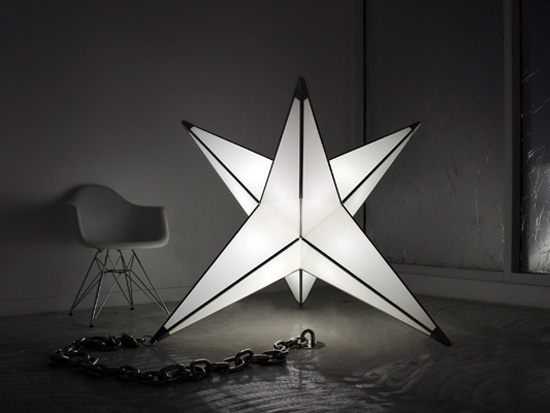 james clar explains, in architectural lighting the ‘spike light’ is a luminaire with a small spike that is driven into the ground to lighten trees. his version of a spike light is 1.2 meters high. the sides are made from diffuser acrylic outlined with metallic chrome trim. 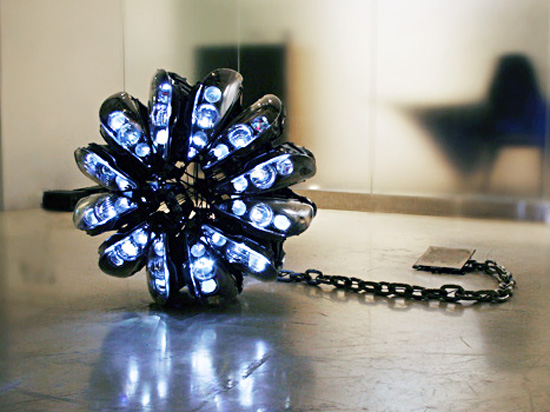 24 car headlights are configured into a round sphere, with LED lighting integrated. the power cable is interwoven with a thick chain that connects to the power outlet. 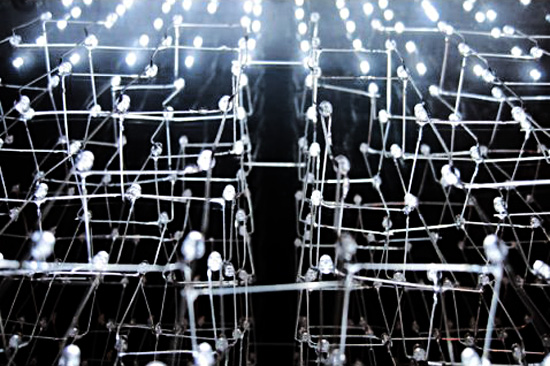 ‘3d cube’ made of LED lights