working with car’s chassis is nothing new for california-based artist james georgopoulos, who — for over three years — has been transforming abandoned vehicles into sculptures and installations. the multimedia artist working within the realm of painting, sculpture and installation-based practices, addresses the relationship between pop culture, taboo iconography, and the techniques used to produce them. his work showcases a sensitive look into the past and present of an object, while mixing it with a technological narrative that may even consider the future.

currently on display at los angeles’ MAMA gallery until november 6th is ‘autonomous x12’, one of james georgopoulos’ latest projects — a self-driving car. 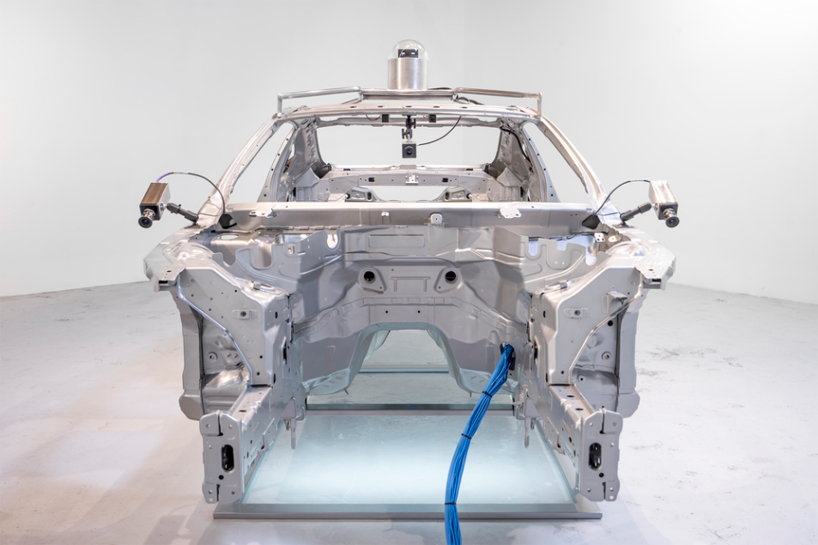 realized in 2016, ’autonomous x12’ is james georgopoulos’ third work in his series of automotive pieces that are accompanied by a film aiming to replicate the driving experience. the frame — or chassis — of this piece has been built exclusively by robots for the nissan motorsports race team. this addition takes the series a step further by showcasing videos that resemble those of google’s self-driving project X vehicle, portraying a journey down sunset boulevard from the east side of los angeles to santa monica on the west. 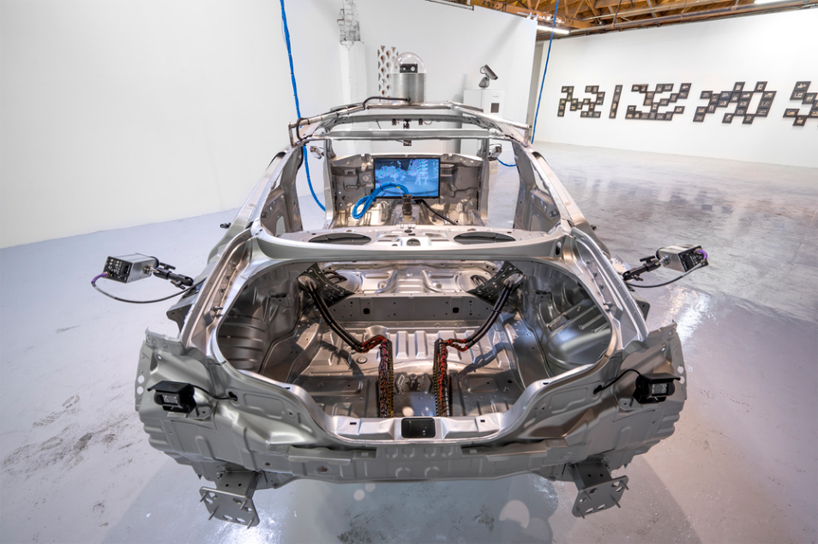 the works of georgpoulos question our enthusiasm with AI and remit us to the idea that we are living the ‘technological stone age’ and that the former will continue to develop exponentially. and as the exhibition states it, ‘georgopoulos’ sculptures find a resting point in a sociological vision of the future—the inducement of feelings, both anxious and optimistic, arises before any sort of conclusion.’ 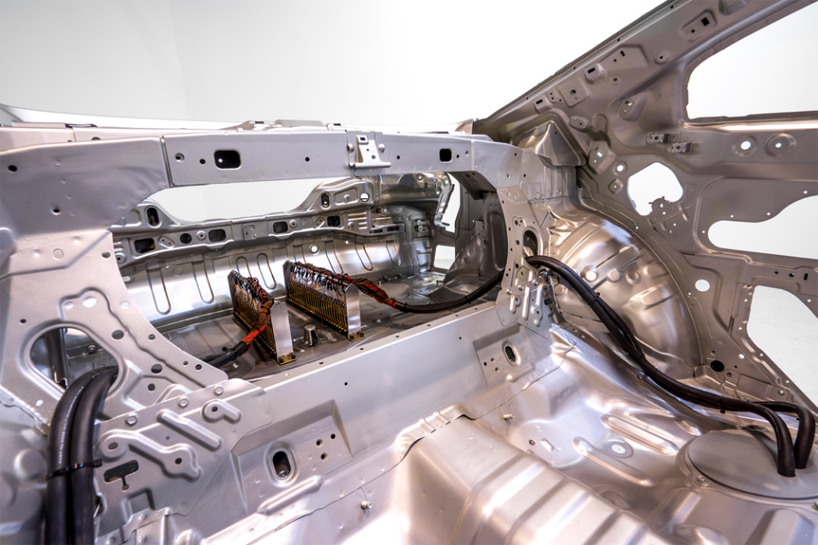 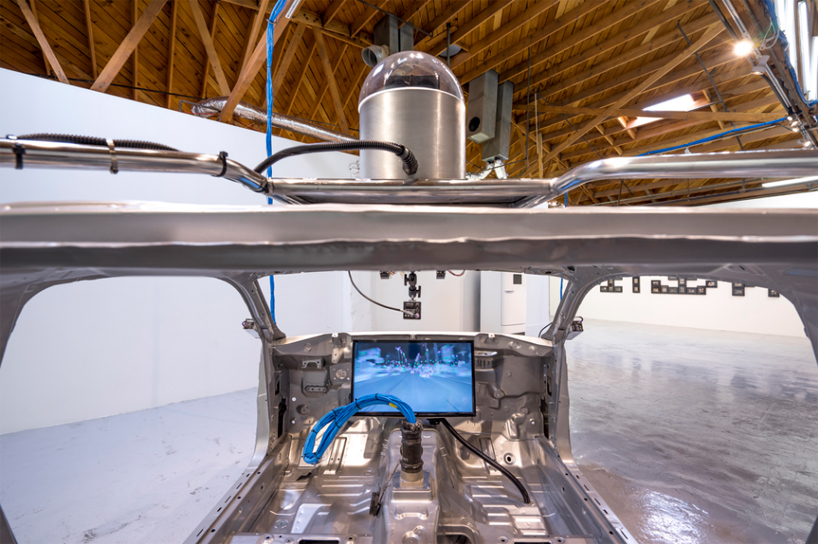 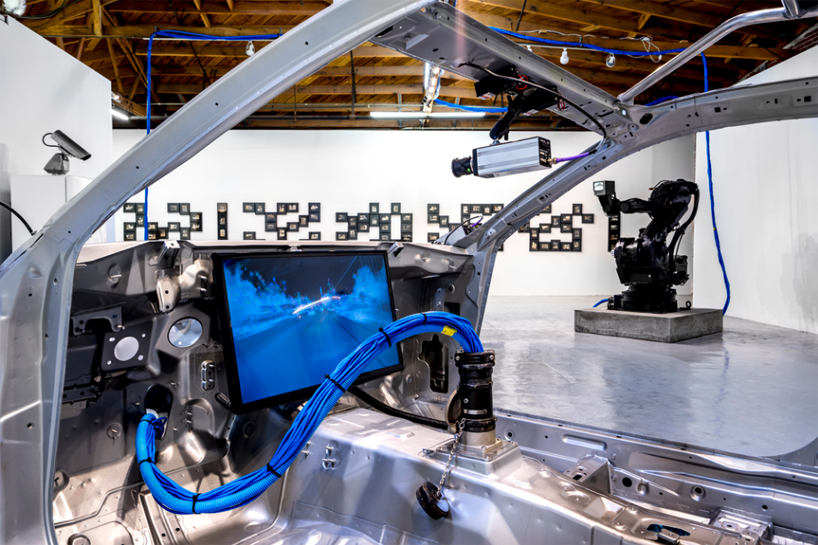 view of the video screen 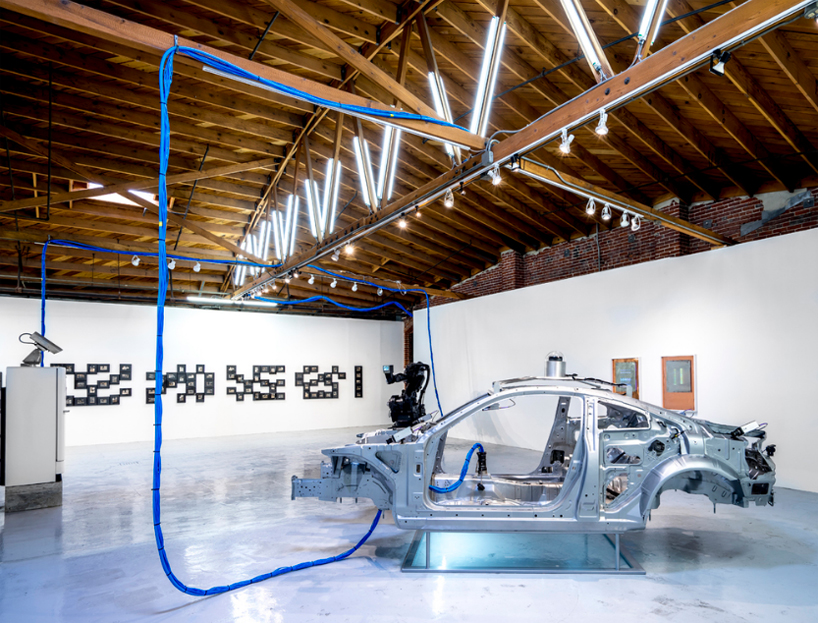 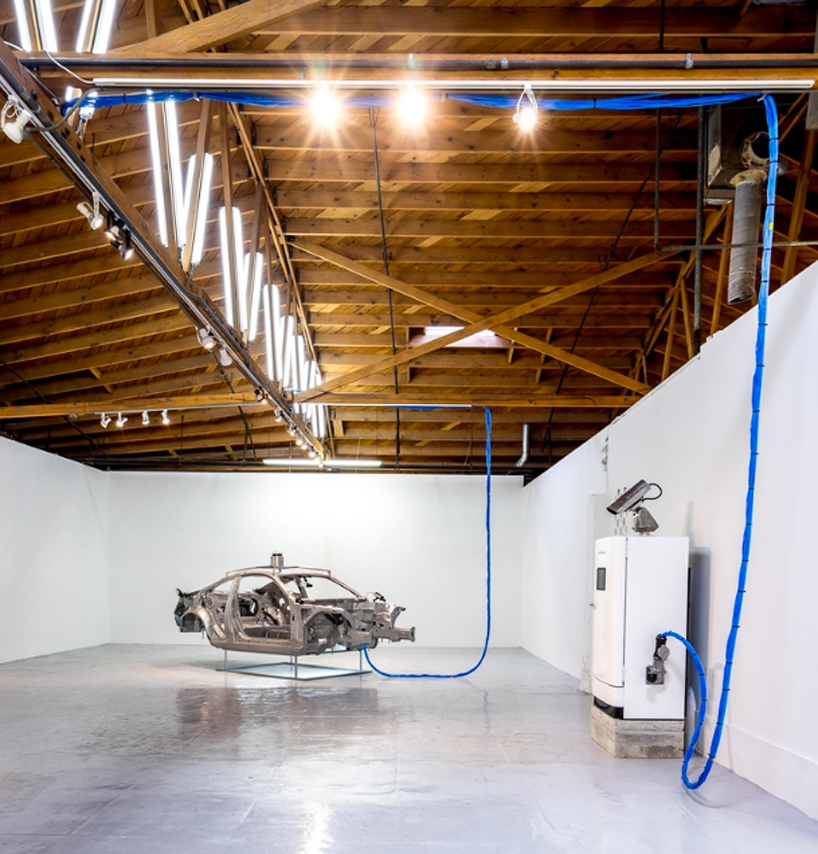 Jul 27, 2021
'viewfinder' is a large periscope-like sculpture that reflects the ocean below
located in a coastal suburb of sydney, the sculpture is composed of a 200kg mirror cantilevered by 6 tonnes of concrete and steel.
art
+1.7K shares
readers
connections: +2020

Jul 18, 2021
maurizio cattelan unveils 9/11 memorial in 'breath ghosts blind' show at pirelli hangarbicocca
the exhibition is conceived as a dramaturgy in three acts, symbolically representing the cycle of life from birth to death.
art
0 shares
connections: +270