meet susan: a lifelike representation of a future remote worker in 2045
30k views

over the course of a five-decade career, british artist james nares has worked across film, music, painting, photography, and performance to explore physicality, motion, and the unfolding of time. in the 1980s, nares, who has been living and working in new york since 1974, began to create his monumental brushstroke paintings, made using brushes of his own manufacture, recording a gestural passage of time and motion across the canvas. his work is included in many public and private collections including the the metropolitan museum of art, the museum of modern art (MoMA), and the whitney museum of art, while at the moment, nares: moves, a career-spanning retrospective is on at the milwaukee art museum. 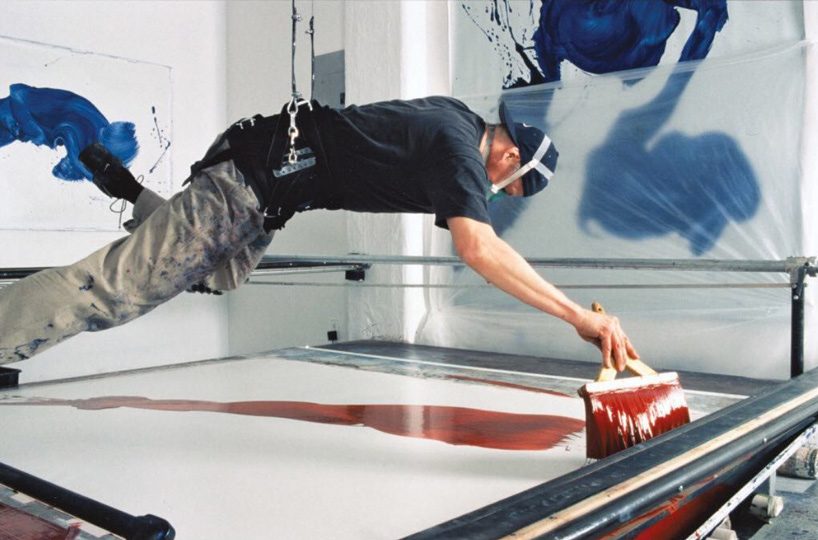 image via @powellfineartadvisory
header image via artsy, all works courtesy of the artist

born in london in 1953, james nares completed his studies at the chelsea college of art, before relocating to new york where he attended the school of visual arts and began his career as part of the ‘no wave’ scene, a new york underground scene of musicians, filmmakers, artists and performers. nares, who also played the guitar in the no wave group james chance and the contortions, and in the del-byzanteens with director jim jarmusch, began working on his signature calligraphic paintings in the early 1980s, using brushes and devices of his own making to create his intuitive, single-swipe pieces. employing a special apparatus, the artist has since created his large-scale paintings suspended from the ceiling, so that he can hang and paint directly above the canvas to achieve a sense of weightlessness and motion. in 2013, kasmin’s exhibition road paint presented nares’ first iteration of paintings executed with the same thermoplastic paint used on tarmacs and roads, while in 2014, the gallery presented his high speed drawings – created, like much of the artist’s work – using equipment co-opted and repurposed from industrial or scientific applications.

girl about town, via durham press

nares, who is being represented by kasmin since 1991, has been the subject of numerous solo exhibitions, while his work is included in several public and private collections. from 14 june to 6 october, the milwaukee art museum presents nares: moves, a career-spanning retrospective on the contemporary artist that is the first to explore in depth his films as central to his artistic practice. since 2009, his film and video-based work has been executed with cameras capable of shooting at extremely high frame-rates per second, which, when played back, slow down ordinary movements to a speed that allows the viewer to perceive infinitesimally small details. such a film, street, applies this extreme slow-motion technology to shots taken from a moving car of the neighborhoods and denizens of manhattan. nares’ more recent portraits, on the other hand, consist entirely of long takes, in medium-close-up, of friends, family, and collaborators, where gestures and facial expressions that would ordinarily register subliminally become intensely dramatic moments. 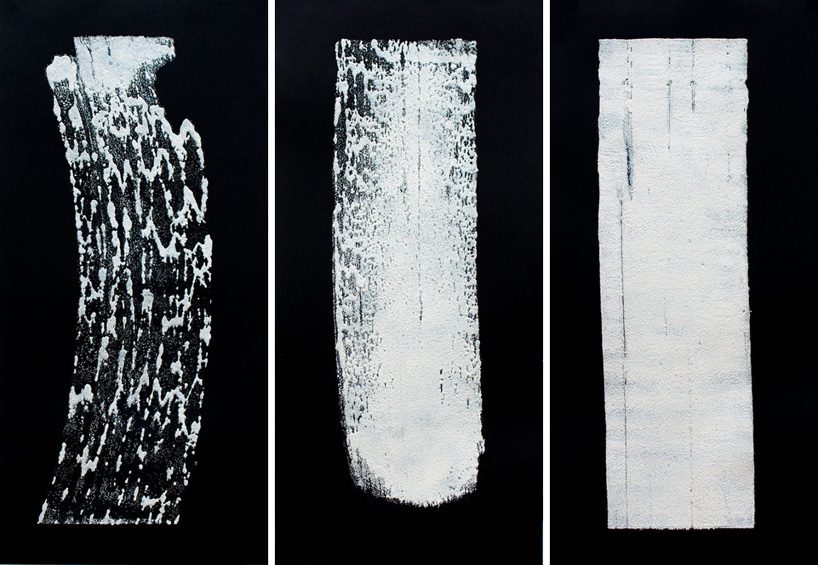 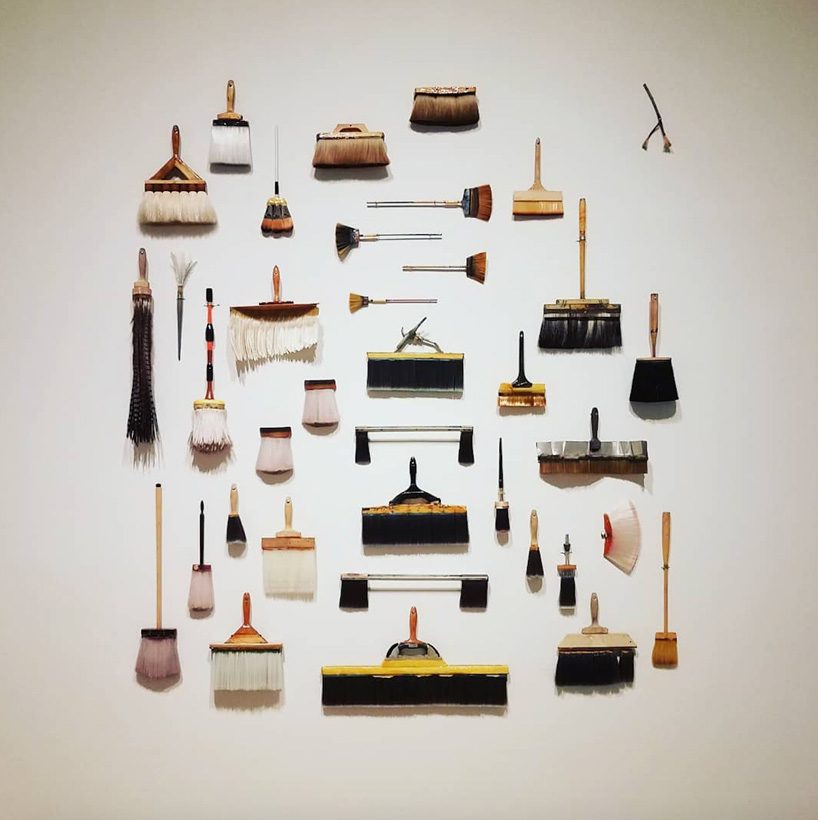 image of nares’ brushes as displayed at the milwaukee art museum, via @preppiecurler

you dont say 2, via durham press 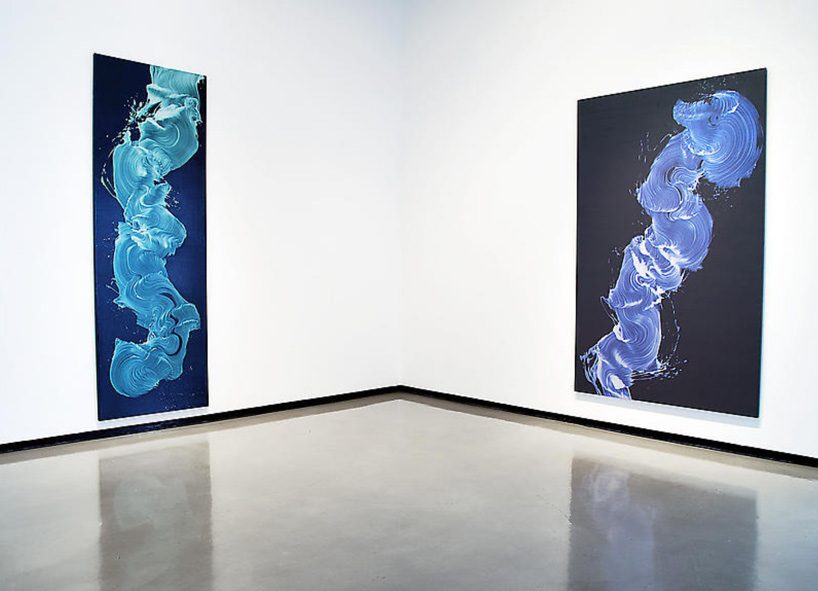 view of the 2009 exhibition new paintings and a new video, via kasmin 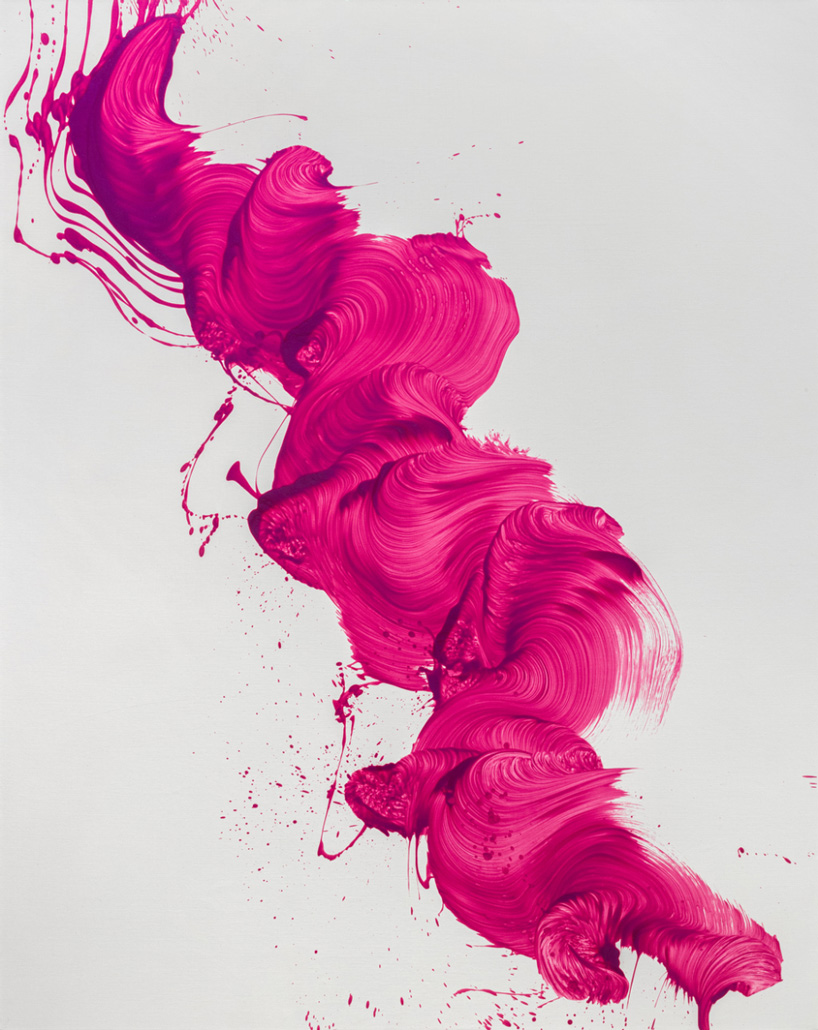 they do come back, via kasmin 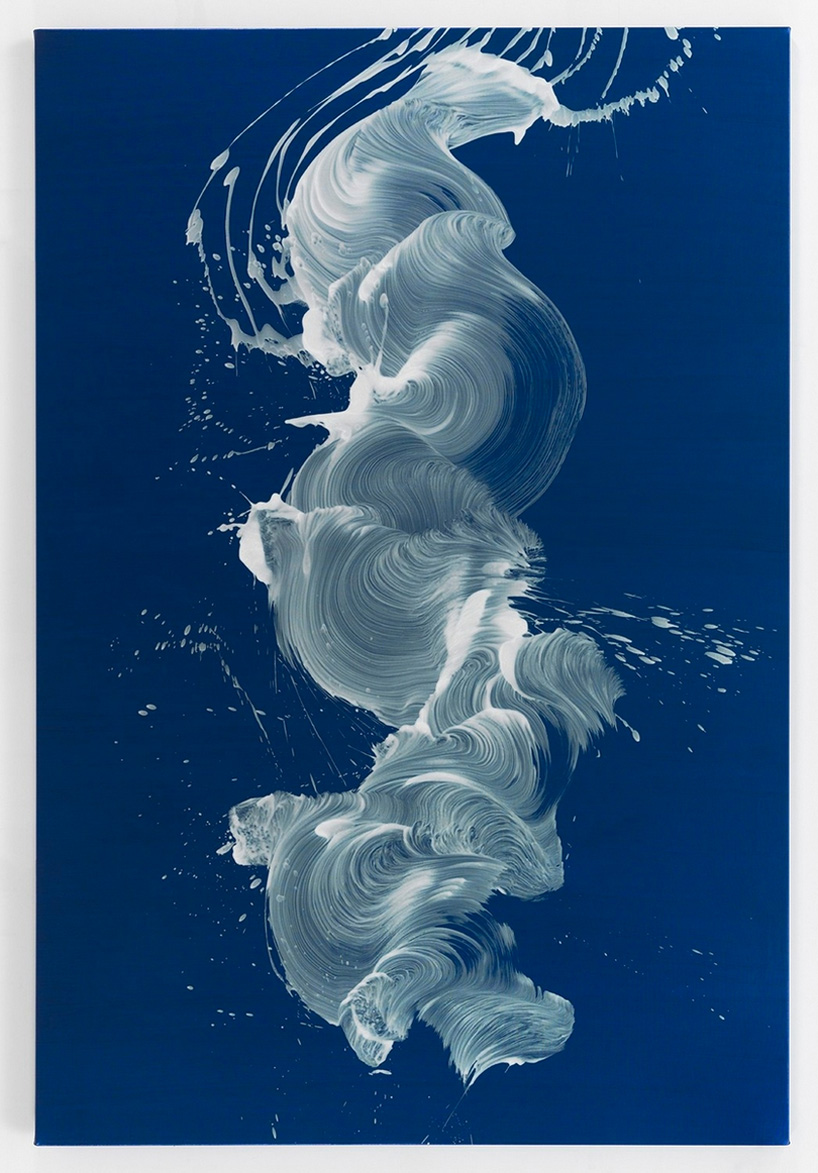 hyperreal 'josh' floats within 'alone gallery,' an exhibition space made for social distancing