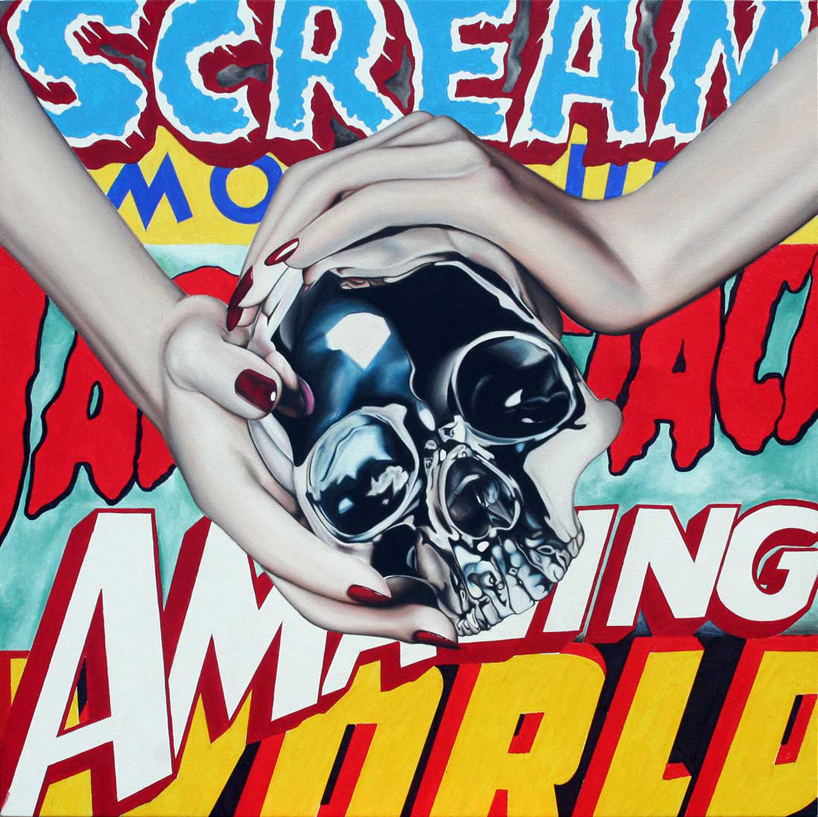 british artist james rawson toys with the boundaries that lie between collage and painting, reflecting the multi-layered visual experience through his large-scale artworks. appropriating the images that have become implicit in our society, rawson’s work disturbs our sense of reality and confuses our preconceived perception of popular culture. the electrifying kaleidoscope of motifs, typography, and symbols that intermingle together within each work scream their message at the observer, acting as expository visualizations of societal flaws. narrated through the mixed media works are rawson’s ideas regarding consumption, the ubiquity of advertising, the notion of ‘sex sells’, greed, fast food and TV as the drug of a nation. the artist explains of his blunt series of dynamic works, ‘perhaps you don’t like what you see, the bawdy reality, the cheap thrill, the constant accumulation of sweet things, processed things, plastic things. unnatural things: but it doesn’t take away from the fact it’s the truth.’ 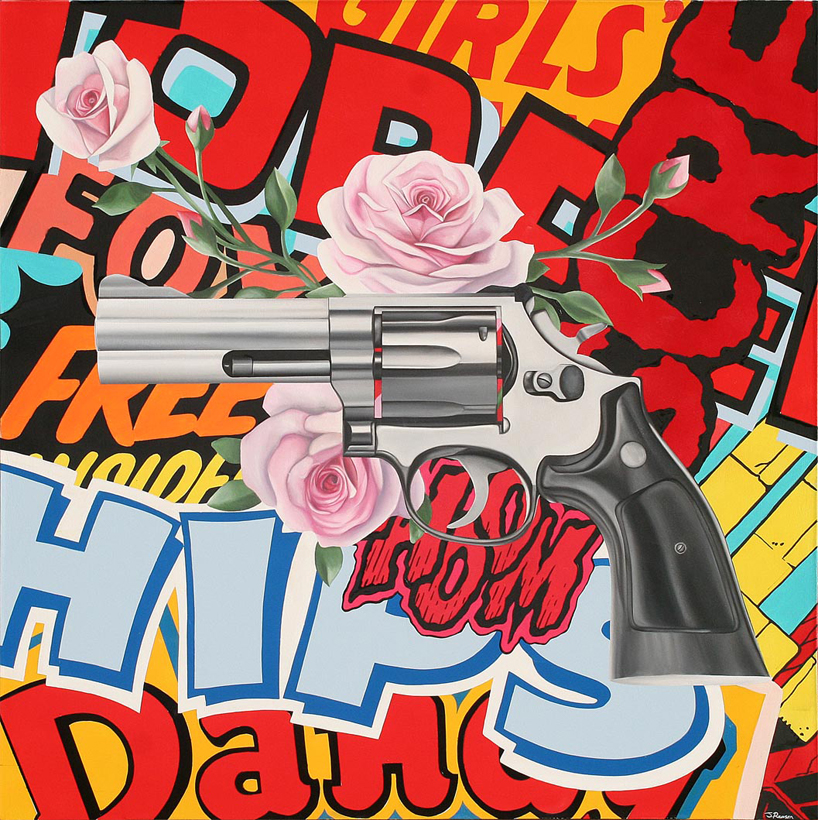 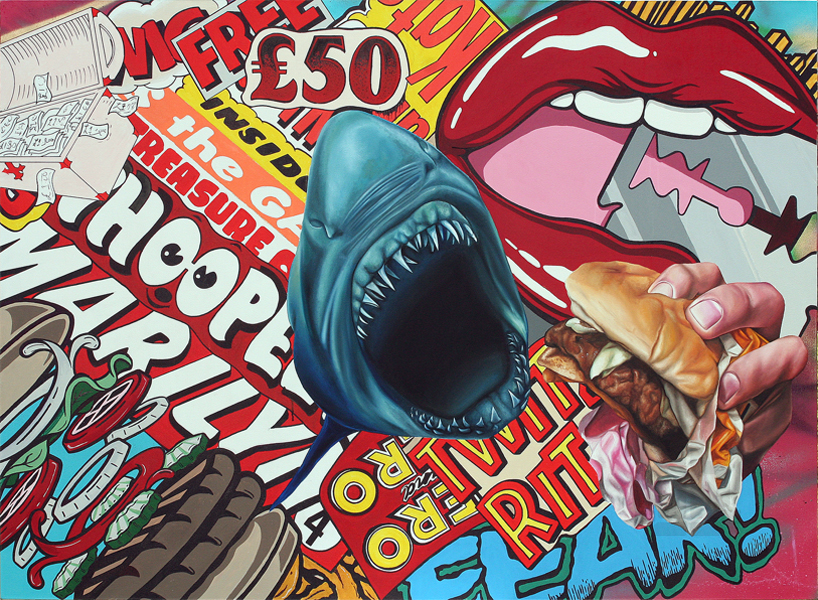 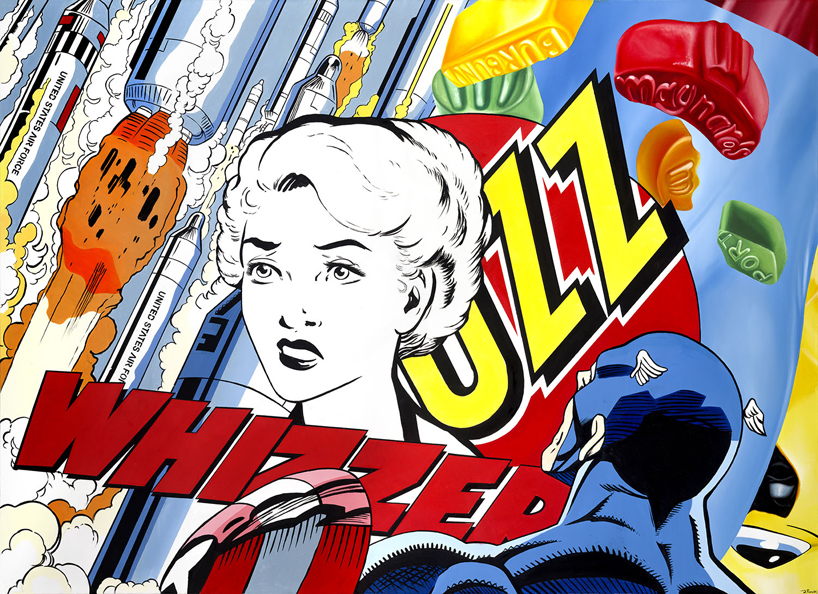 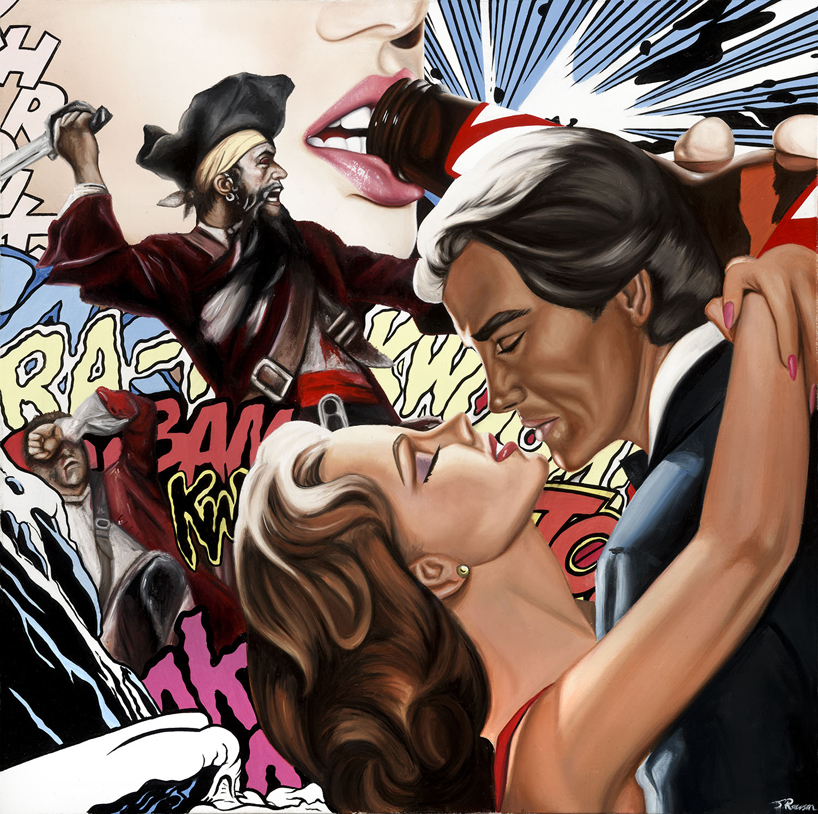 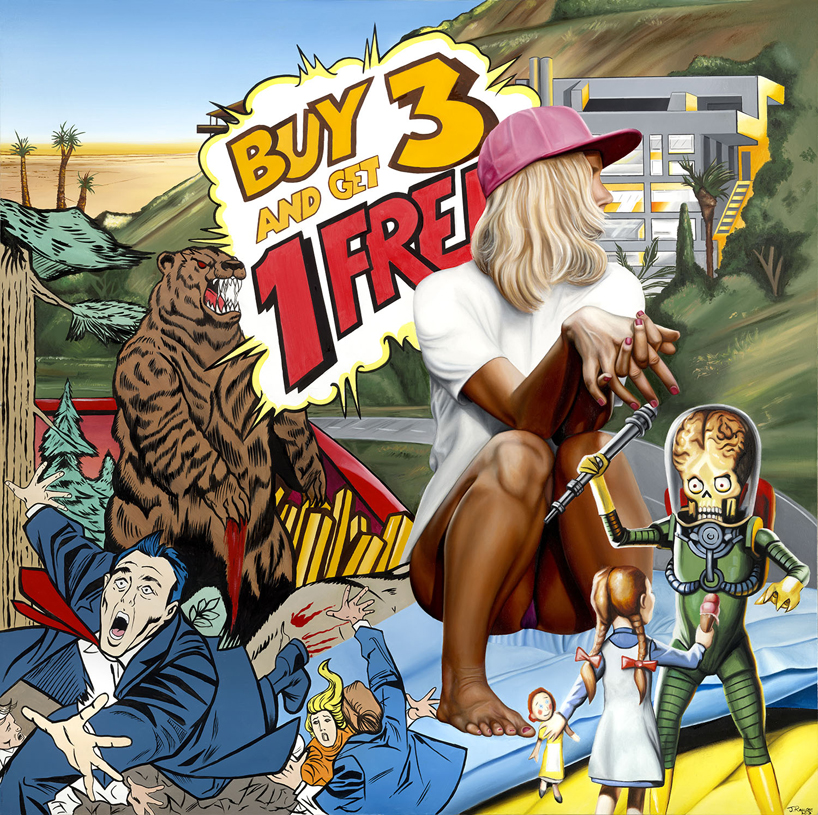 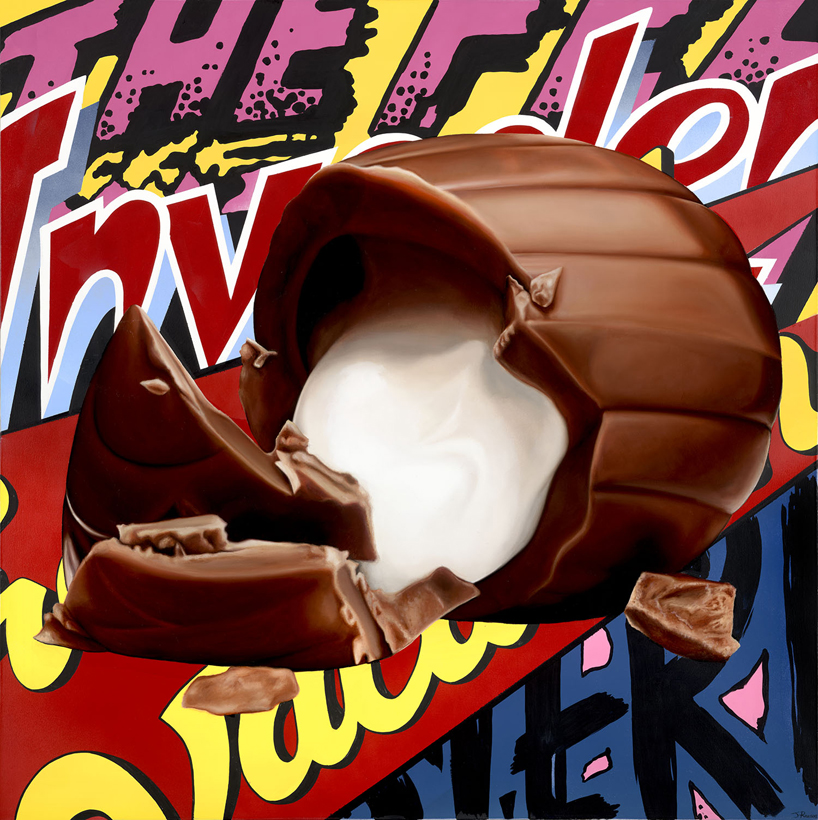 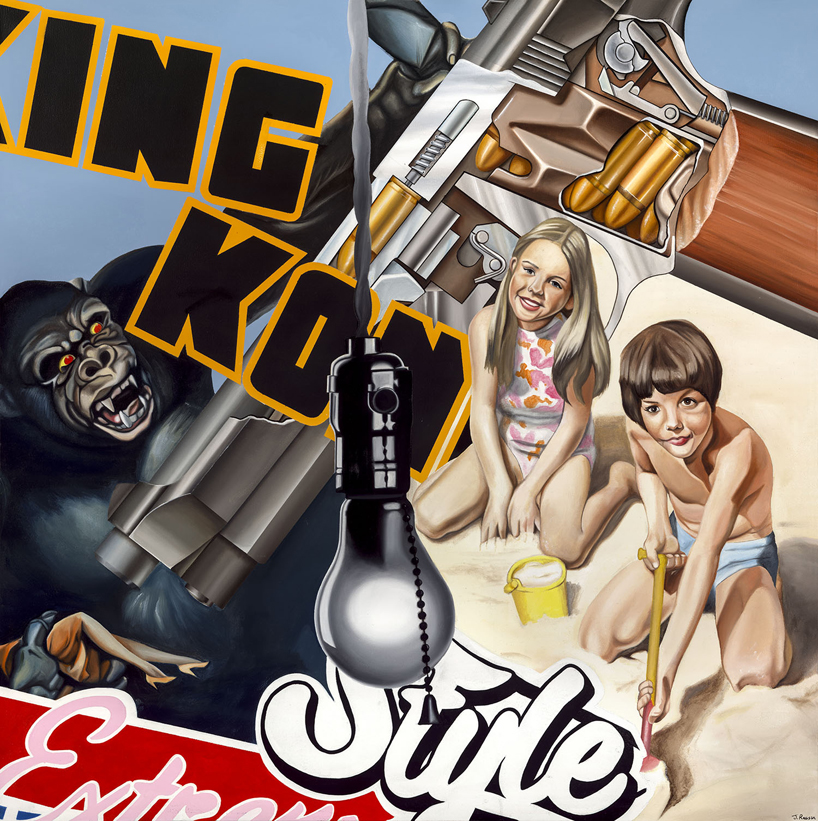 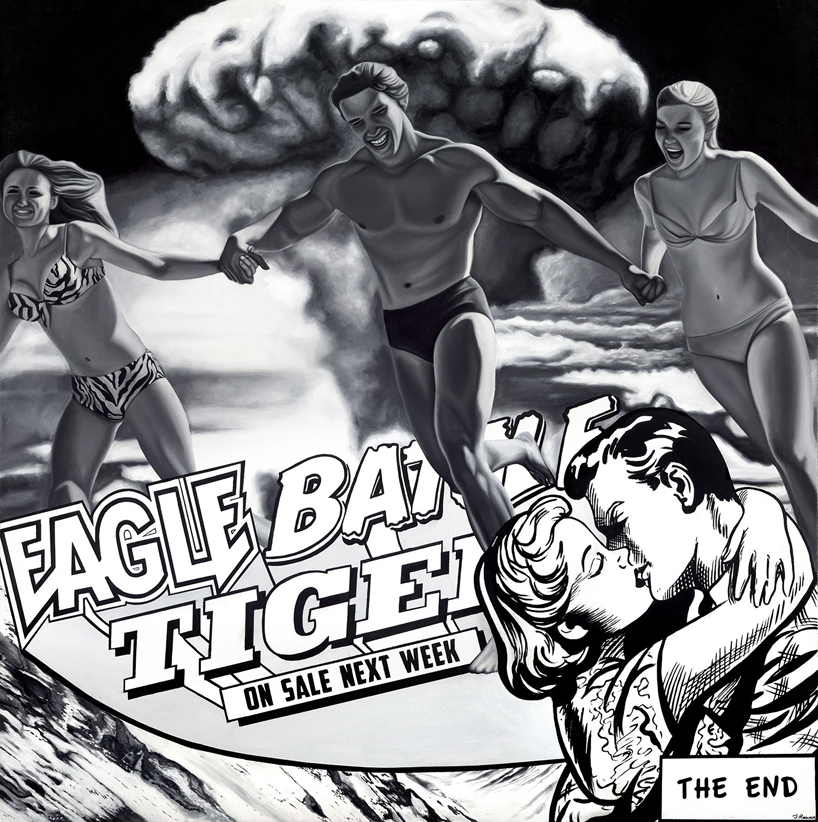 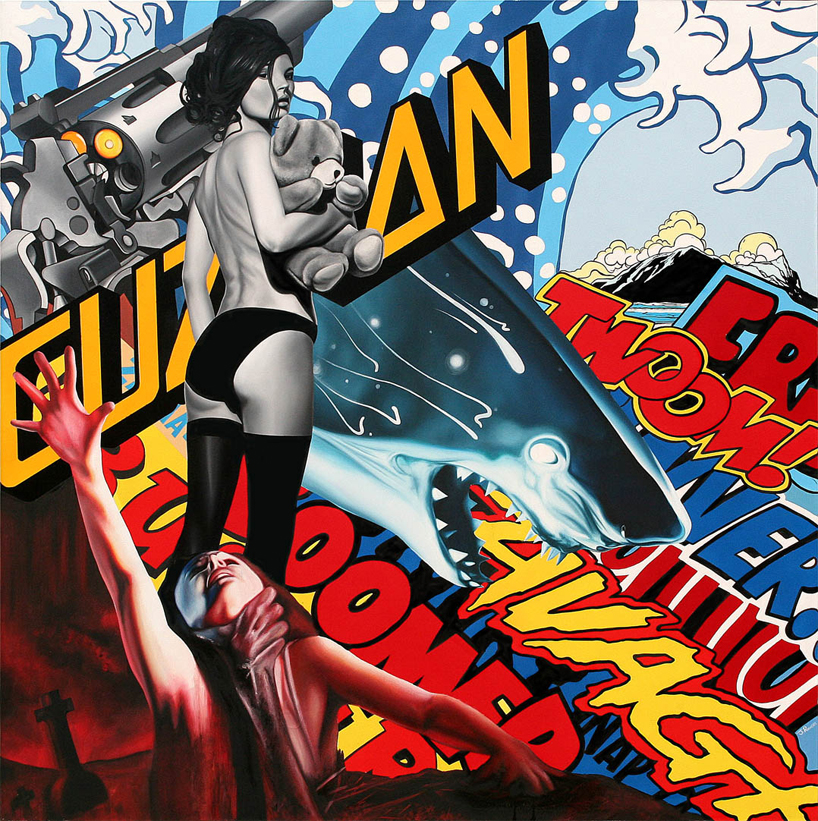 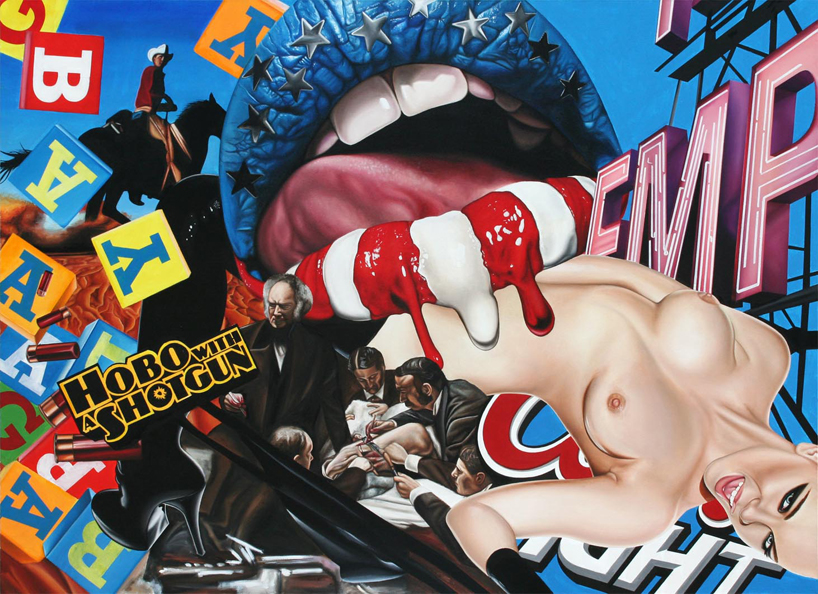 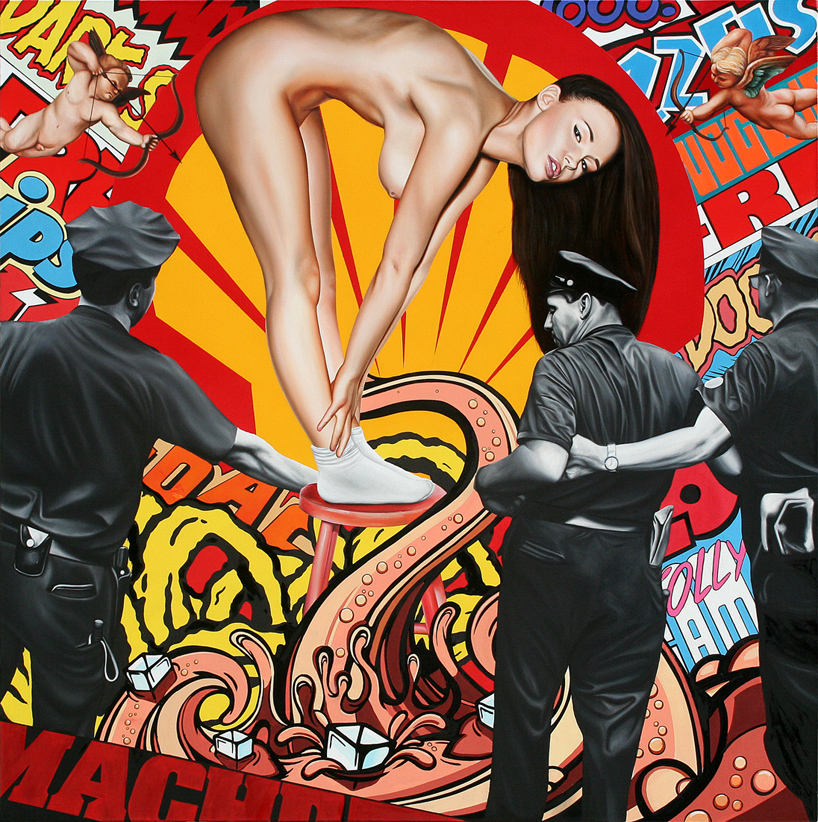