the intimate observatory bears an elliptical shape, which visitors enter through a narrow aperture set within a grassy dome. once inside, an opening at the crown of the chamber allows viewers to experience the interaction between the evolving colors of the sky, and the changing, luminous hues projected on a circular orb surrounding. the altered perspective intensifies the effect that the tonal range between dawn and dusk innately generates in our conscience and human awareness. 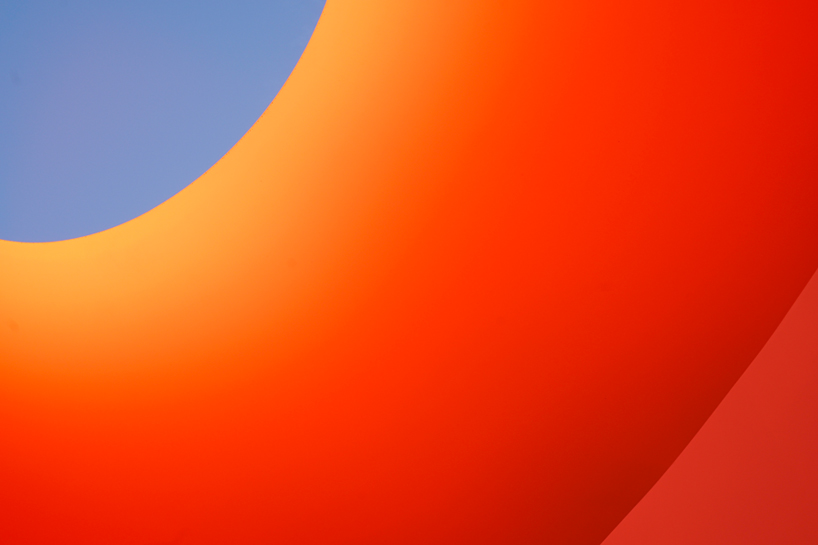 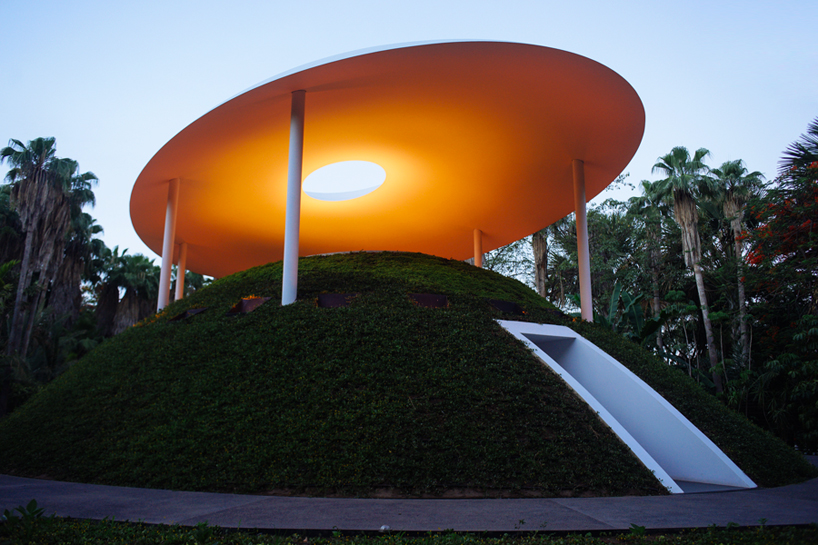 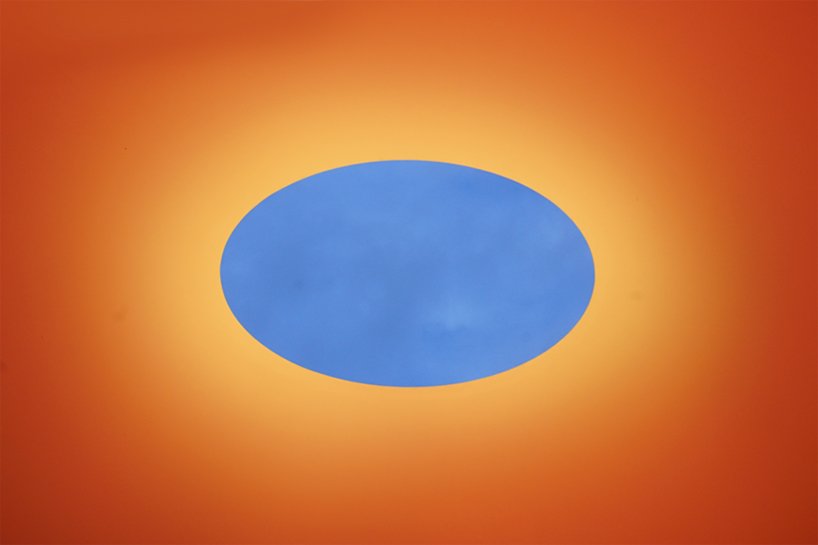 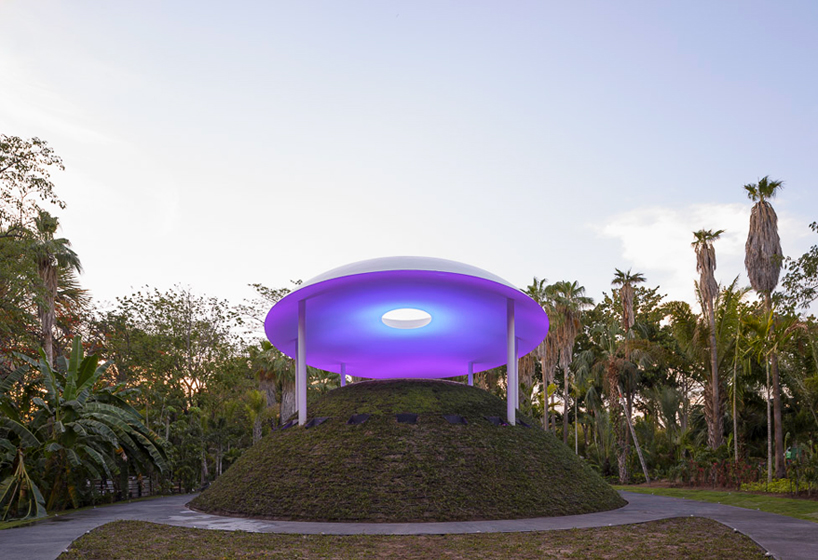 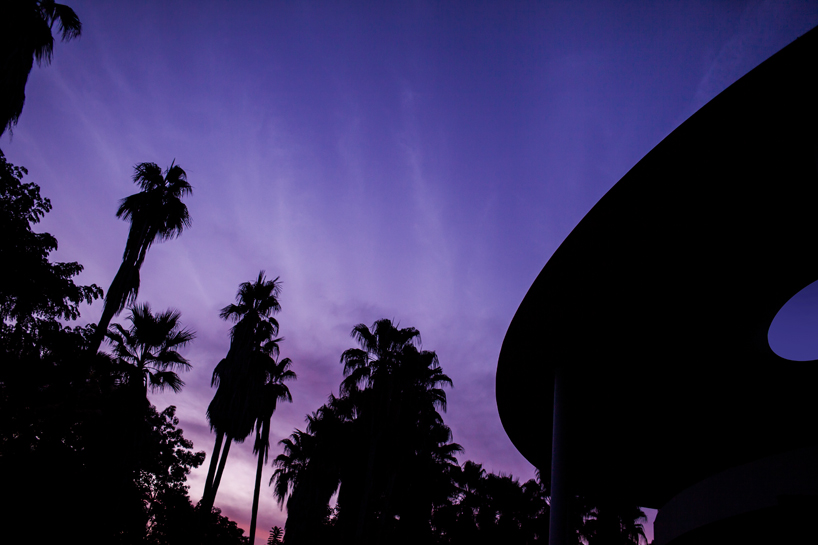 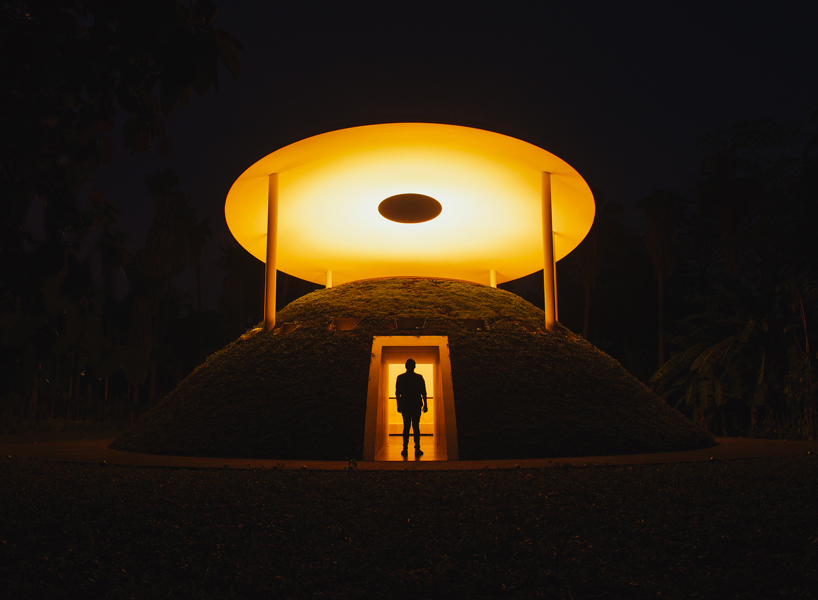 new york based savvy studio has developed a system of branding for ‘encounter’ that emphasizes turrell’s fascination with light phenomena and gives the medium an almost tangible quality. gradients implemented throughout the promotional material and catalog mimic the shifting hues generated within the skyspace — an extension of the experience lived within ‘encounter’. the project’s graphic language portrays this occurence in an abstract manner rather than through descriptive information. 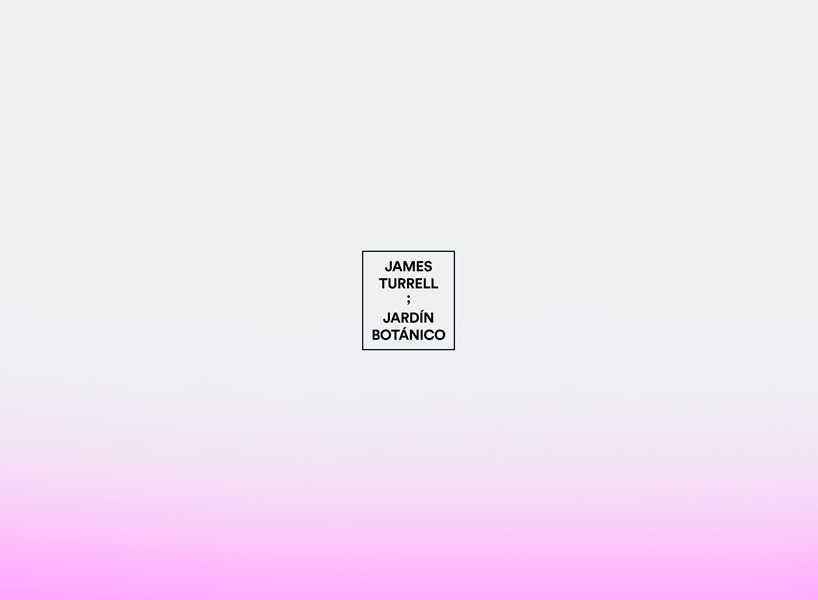 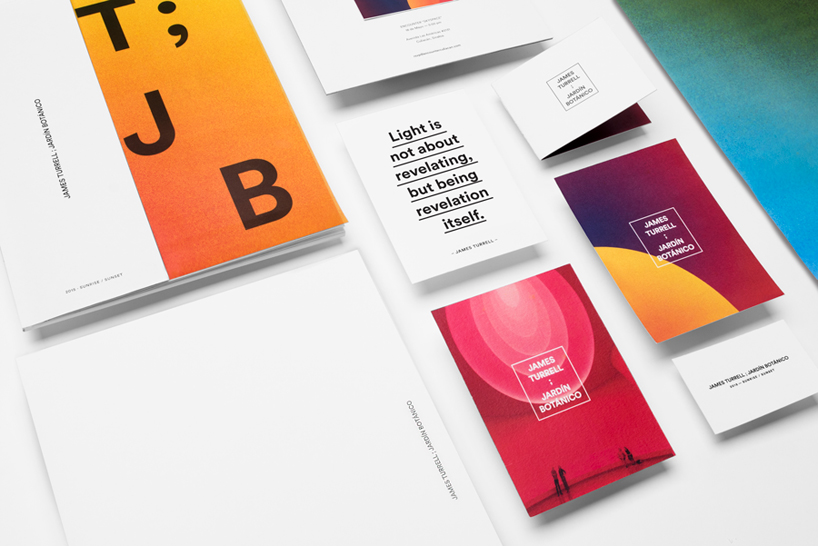 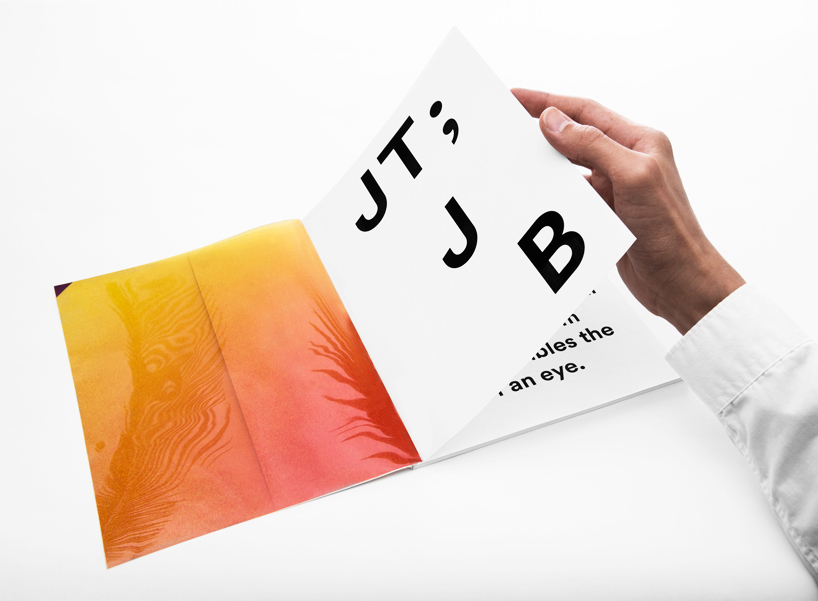 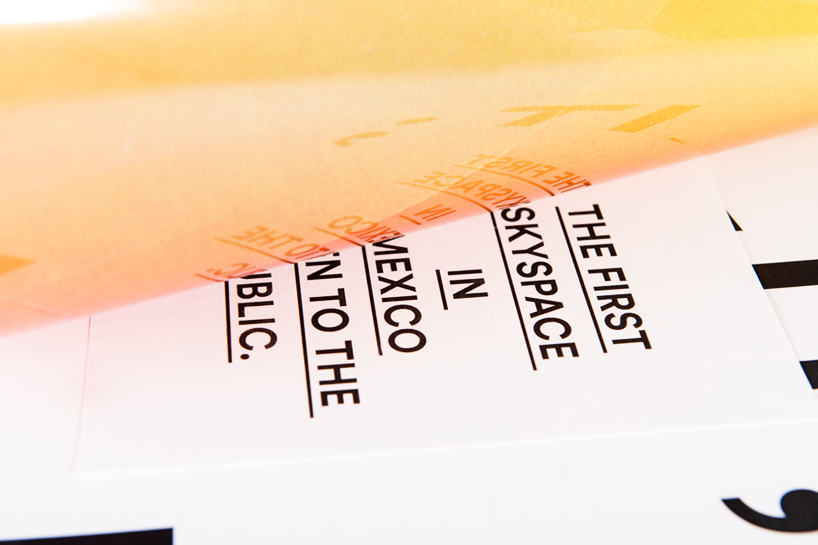 the branding is an extension of the experience lived within ‘encounter’