Light artist James Turrell unveils the permanent installation ‘Green Mountain Falls Skyspace’ at the foothills of Pikes Peak in Colorado as part of the Green Box Arts Festival running from June 18th to July 4th and after having been commissioned by the Historic Green Mountain Falls Foundation. The Green Mountain Falls Skyspace overlooks Gazebo Lake while surrounded by tall pine trees, an extension of the harmonious landscape, preserved in its natural setting. The light-installation experience begins with a short hike that is accessible to all via two new trailheads that deliver hikers directly to the sheltered Skyspace in the hills above.

The public artwork towers over the viewers with its 18-feet height and acts as the first Skyspace with a retractable roof, the first of its kind in the mountains, and the only structure with such features in Colorado. In our previous article, it was reported that the construction of the Skyspace had been a feat of engineering that requires all the materials — 1.2 million pounds of concrete and 100,000 pounds of steel — transported up the side of a mountain and that the most recent construction updates then included the fifth concrete pour which required six. Green box co-founder Christian Keesee comments that Green Box invites viewers to slow down, inhale the energizing mountain air, and take in an out-of-this-world permanent installation by James Turrell, ‘one that perfectly responds to humanity’s need for wonder, serenity, and connection.’ 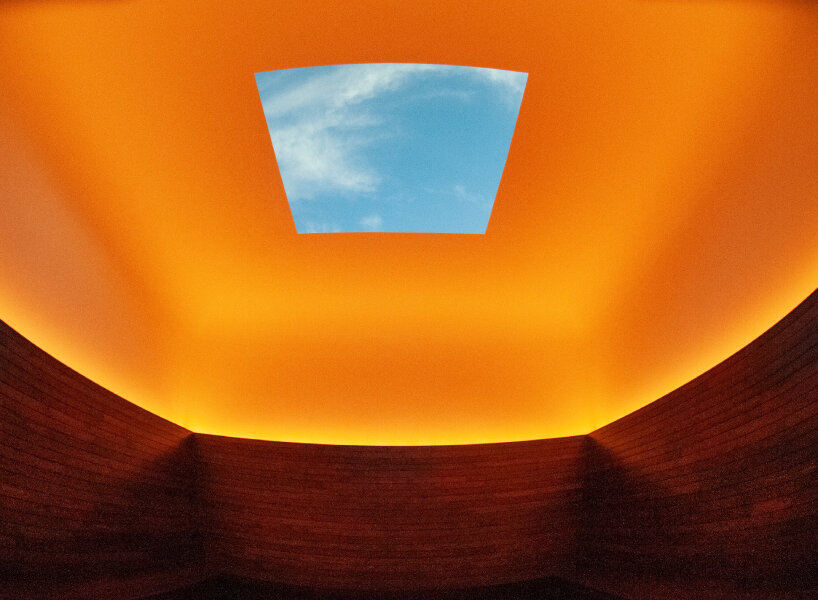 Images from Green Box Art and James Turrell / This photo is by Jeff Kearney, TDC Photography

A James Turrell Skyspace contains a specifically proportioned chamber with an aperture in the ceiling that offers a view of the sky. Through the opening, viewers tilt their heads to soak in the slow-paced movement of the clouds and the sky, placing themselves in the rhythm of time. Skyspaces can be autonomous structures or integrated into existing architecture, and the aperture can be round, ovular, or square. Experiencing the Skyspace encourages a change of perception into what and where the sky is and how it operates, an immersion to identify the depth of one’s relationship with nature. Being inside one of Turrell’s Skyspaces – especially the Green Mountain Falls Skyspace in Colorado – suspends the need to feel fired up, drawn from the excessive internet, work, and day-to-day culture, and carves a nook to find release and wonder while looking inward to check in with self.

The Green Mountain Falls Skyspace has a series of specific light shows lined up between five in the morning for the sunrise shows and eight in the evening for the sunset performances. Between 11am and 1pm, Closed-Roof shows will be presented for 20 minutes each. The hike from the center of town in Colorado to the Skyspace ranges between 15 to 30 minutes based on the visitor’s speed, and for those who are unable to hike to the Skyspace and back, a vehicle (ATV) driven by Green Box staff will be made available for transport. Green Box also informs the visitors that the staff will not allow entrance to the Skyspace during Closed Roof shows if they arrive after the lighting sequence has started, but for the sunrise and sunset shows, the door to enter the Skyspace remains open, and visitors are welcome even if they arrive after the show has started. 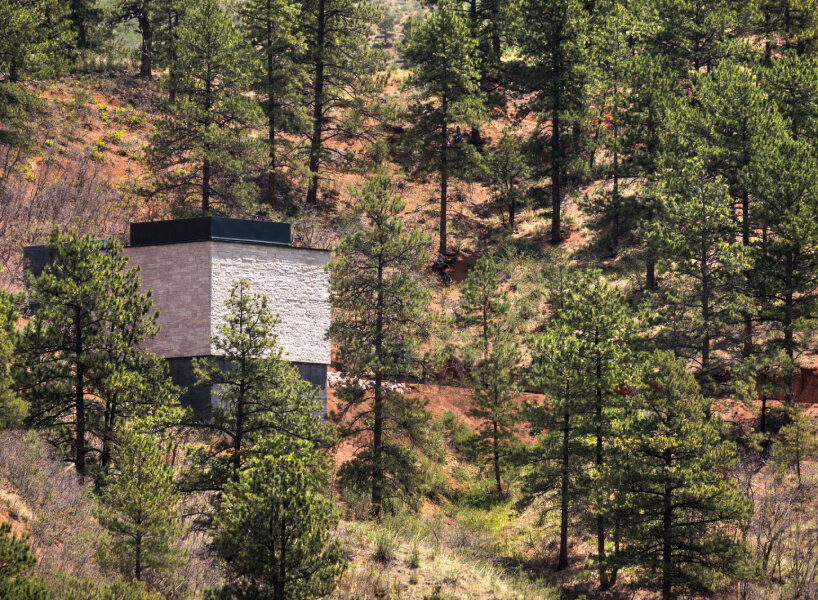 For over half a century, the American light artist James Turrell has bent, questioned, and toyed with light and space to curate artworks that pull his viewers into the limits and wonder of human perception. Turrell, an avid pilot who has logged over twelve thousand hours flying, considers the sky as his studio, material, and canvas. He says that his work is more about his audience’s seeing than his, even though his installations and works form part of his products. They serve as gifts to humanity, crafted by his mind and creativity. Turrell’s interest also lies in the essence of the presence of space, or the space where people feel a presence that may resemble an entity, and the physical feeling and power the space gives.

Informed by his training in perceptual psychology and a childhood fascination with light, Turrell began experimenting with light as a medium in Southern California in the mid-1960s. The Pasadena Art Museum exhibited his Projection Pieces in 1967 where his one-man show displayed creations of high-intensity projectors and precisely modified spaces. Mendota Stoppages, a series of light works created and exhibited in his Santa Monica studio, paired Projection Pieces with structural cuts in the building, creating apertures open to the light outside. These investigations aligning and mixing interior and exterior laid the groundwork for the open sky spaces found in his later Skyspace, Tunnel, and Crater artworks. Even decades later, Turrell’s medium turns to pure light. He says, ‘My work has no object, no image, and no focus. With no object, no image, and no focus, what are you looking at? You are looking at you looking. What is important to me is to create an experience of wordless thought.’ 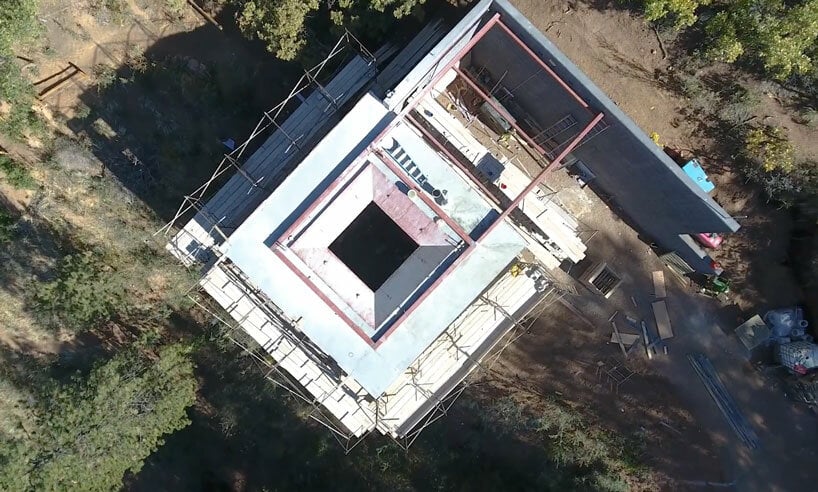 construction phase of the Skyspace 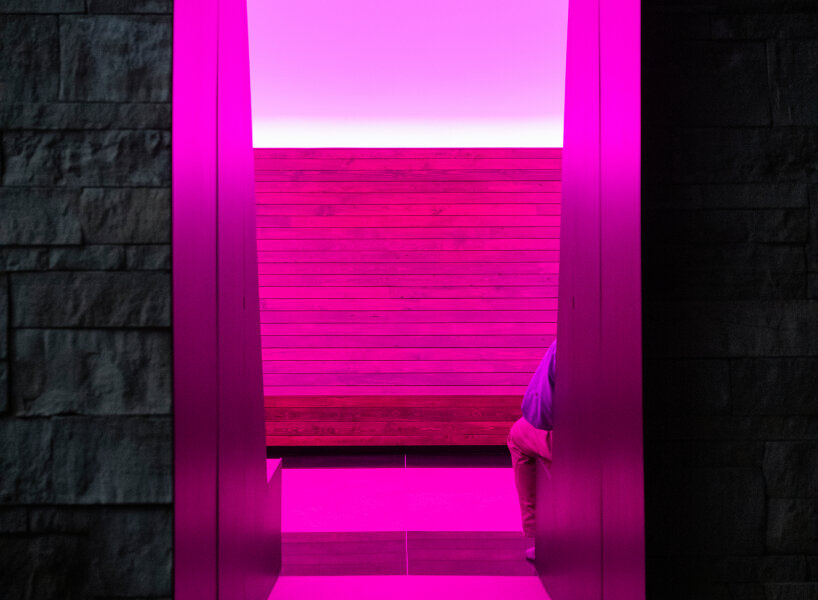 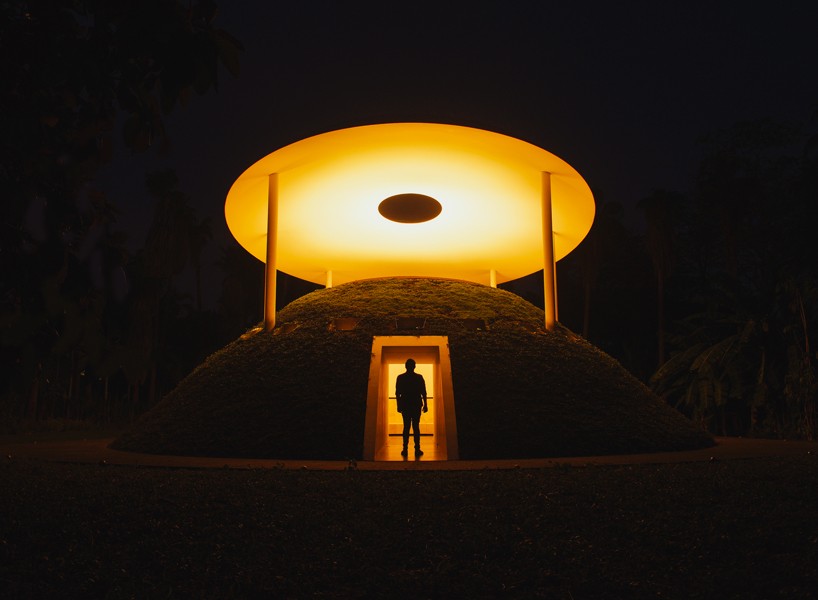 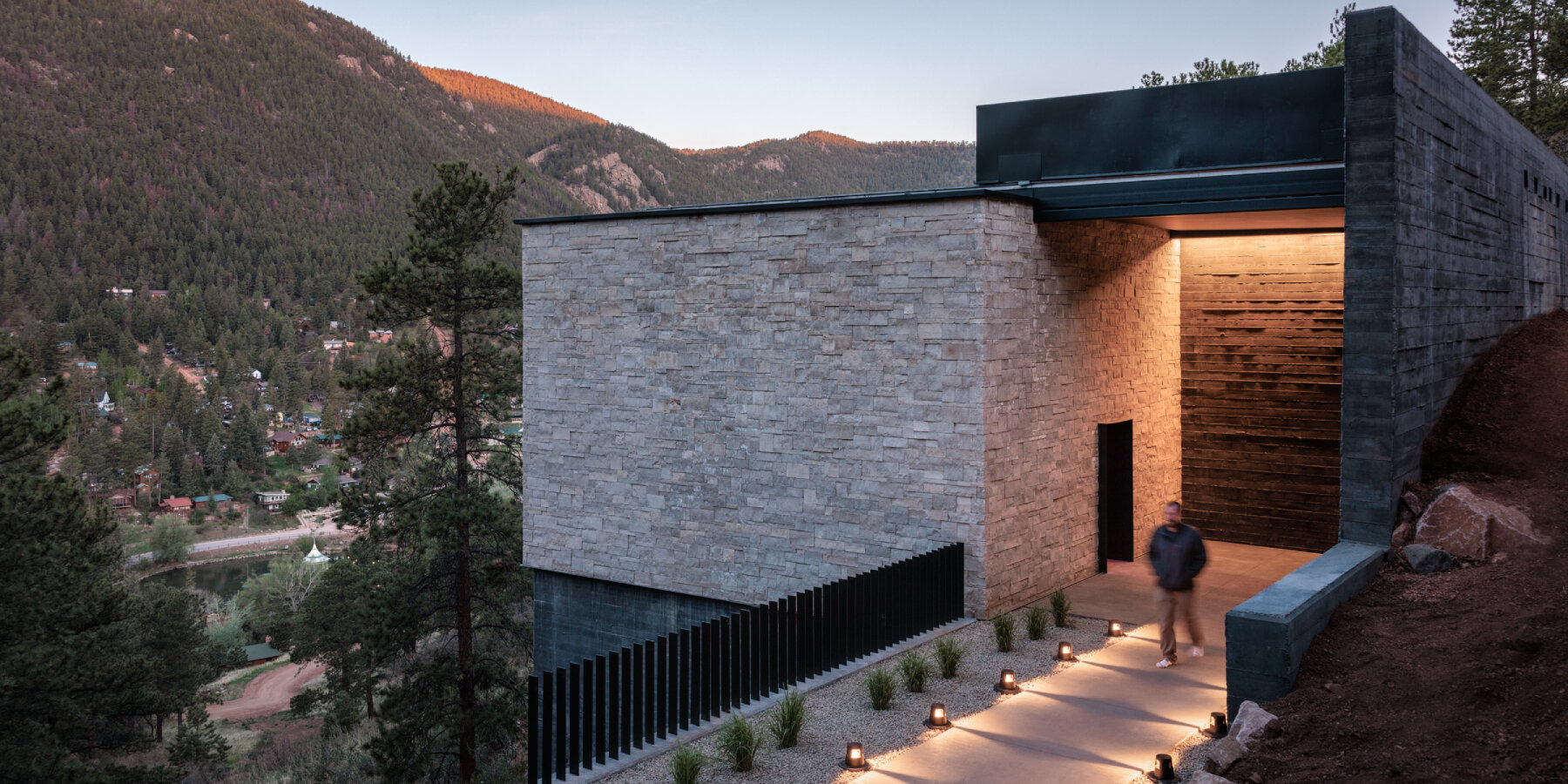 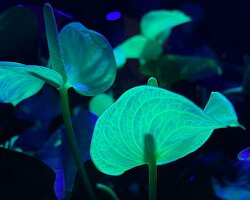 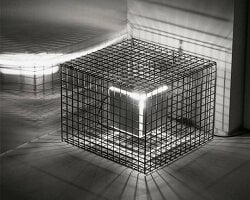