‘the color inside’ is the eighty-fourth skyspace created by james turrell, a series which sees the renowned american artist using light and space as the mediums in experiential and continuously changing artworks. the new installation situated on the roof of the student activity center at the university of texas at austin  — the latest project from landmarks — invites the public into the luminous and ethereal environment turrell has created.

for the 25 viewers that can situate comfortably inside the white-plaster walls of the elliptical volume, a shifting sequence of sky, sun, and chromatic saturation becomes visible through a gaping void at the structure’s crown. the black basalt bench lining the reclining walls seat those who gaze upwards, where a morphing arrangement of pink, purple, white, green and yellow LED lights are unleashed onto the ceiling. as the sun sets and rises, the ever-transitioning display of hues seen through the circular aperture both dramatically contrast, and strikingly match the projected colors. the celestial and dynamic performance embodies turrell’s creative vision, as he has said, ‘I’ve always wanted to make a light that looks like the light you see in your dream’. 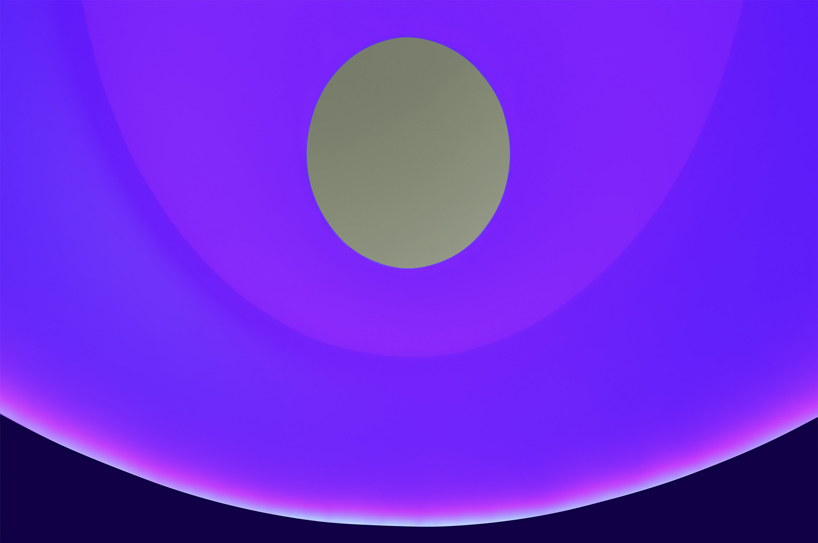 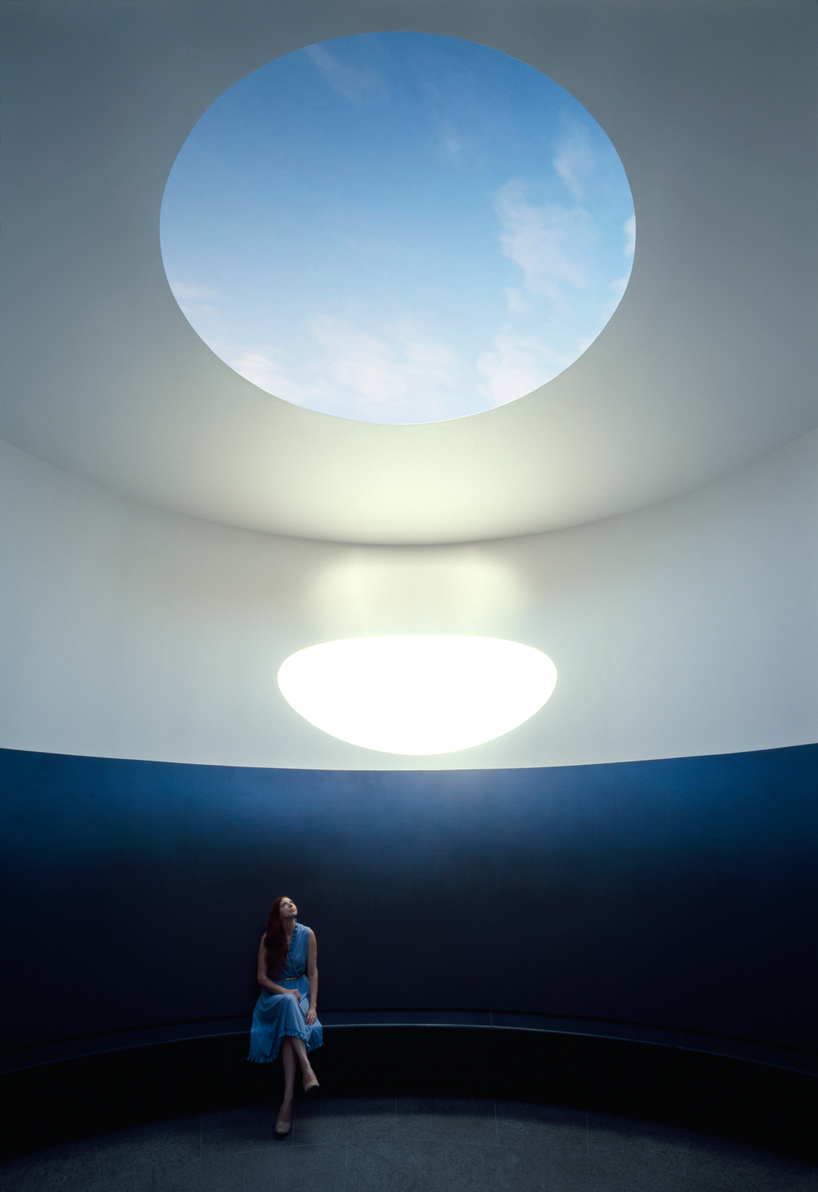 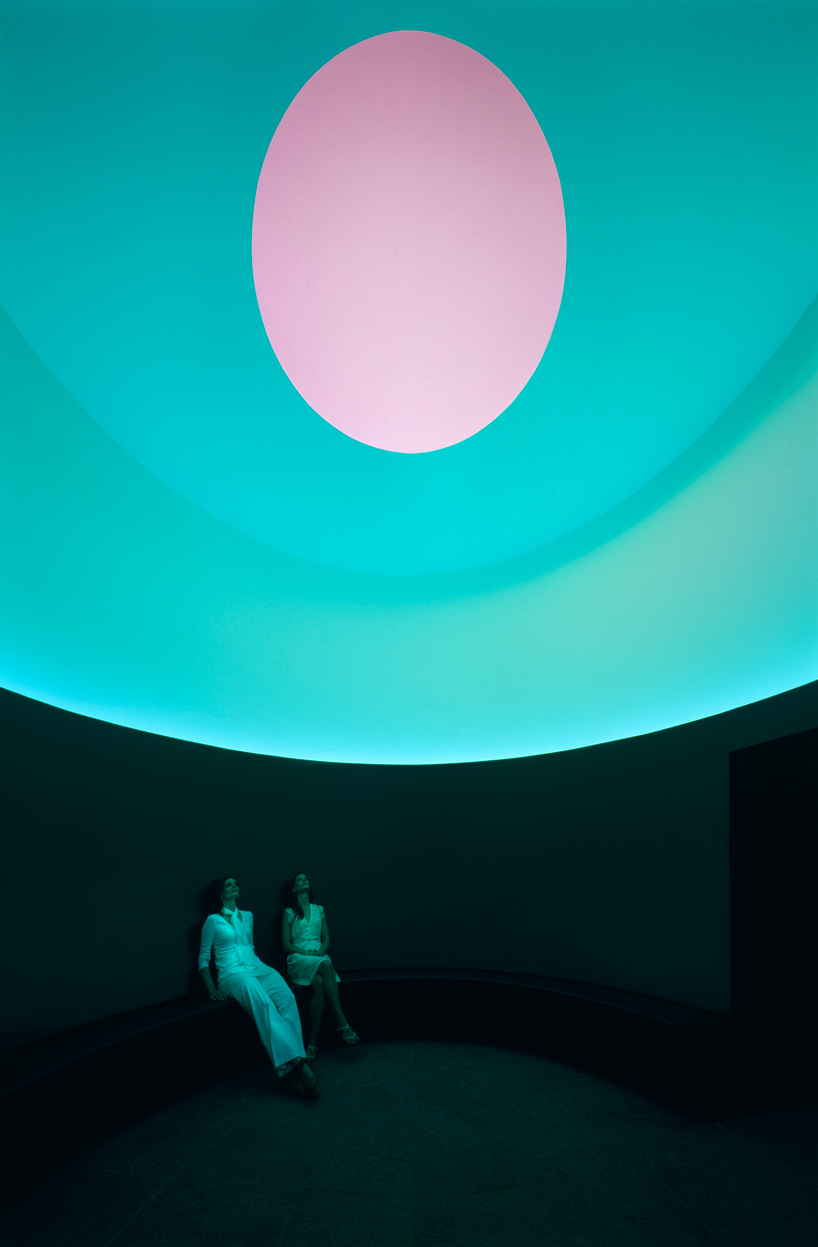 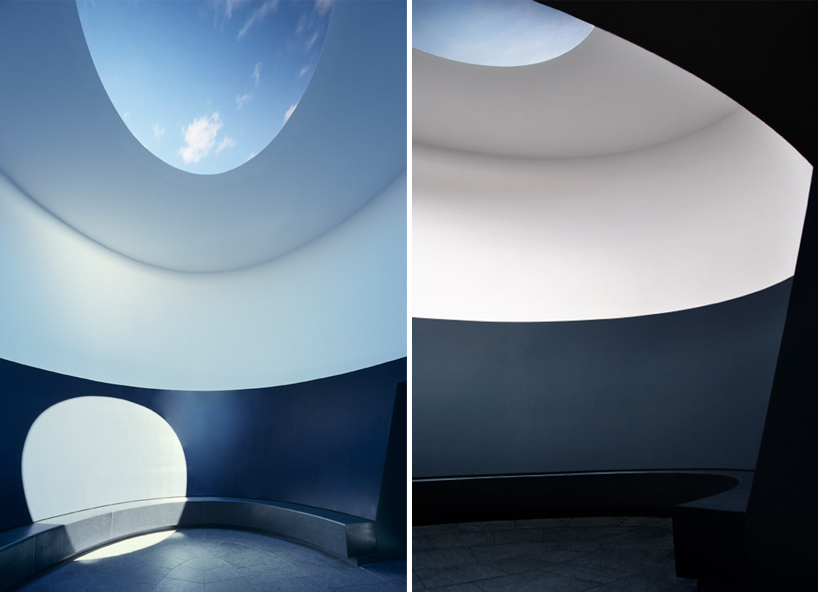 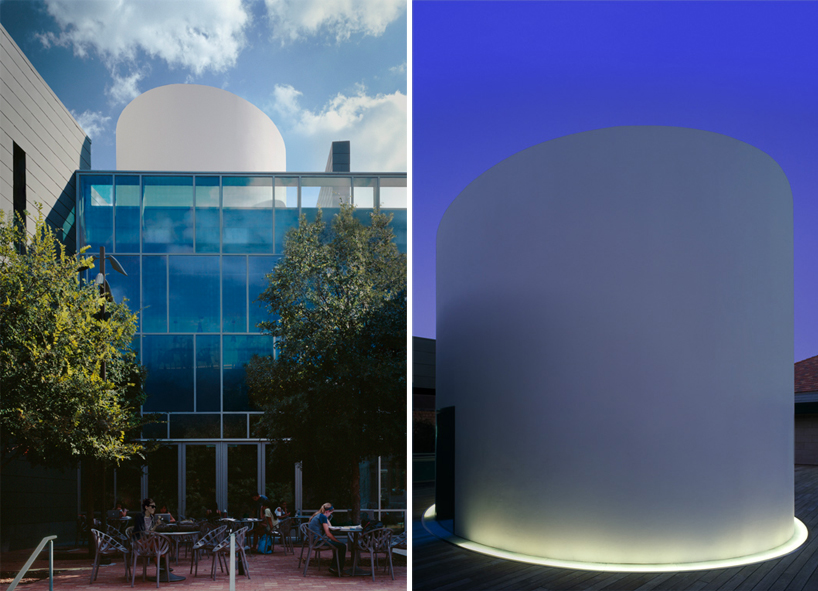