rice university has shared with designboom ‘twilight epiphany’ skyspace created for the institution by american artist james turrell. the pyramid-like sculpture, architecturally devised by thomas phifer and partners, with linbeck as the contractor, interacts with both the rising and setting texan sun as a sequence of programed LED lights dance across the structure’s ceiling in sync with these particular moments of light which occur with earth’s constant state of revolution around the star. 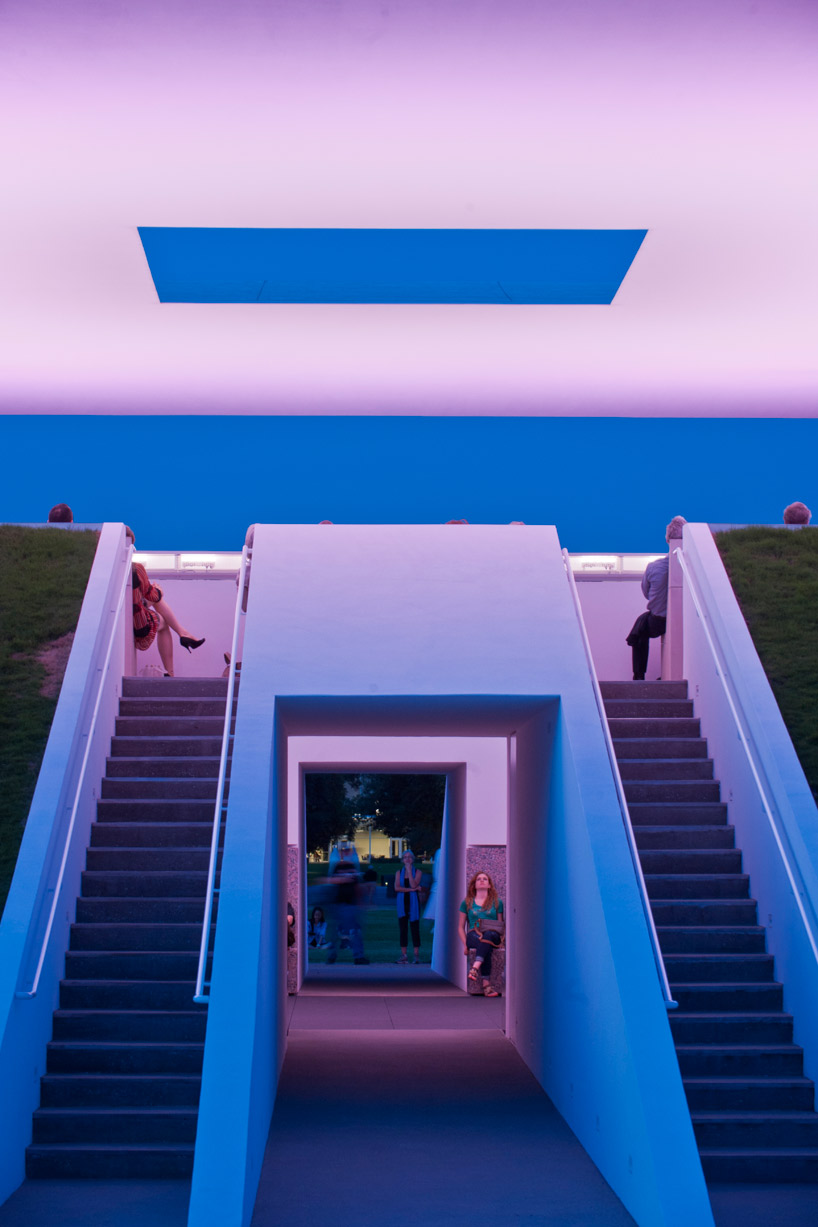 in the morning, the light show begins forty minutes before the first glimpse of sunlight, where in the evening, the display begins with the slow disappearance of the sun’s glow. ‘twilight epiphany’ joins in with the natural movement of light in its color alteration upon the building’s ceiling, which may be viewed from both in and outdoors and in a variety of weather conditions. the color of the sky will be complimented by those pictured upon the underside of the structure’s roof, though the most powerful views are said to be seen only from the interior of the space, as the brightening sky is famed  by the brilliant shifting of shades belonging to ‘twilight epiphany’. during the hours of daylight, the structure remains open to the public so that visitors  may wander through the central space of the installation, closing only for the night. 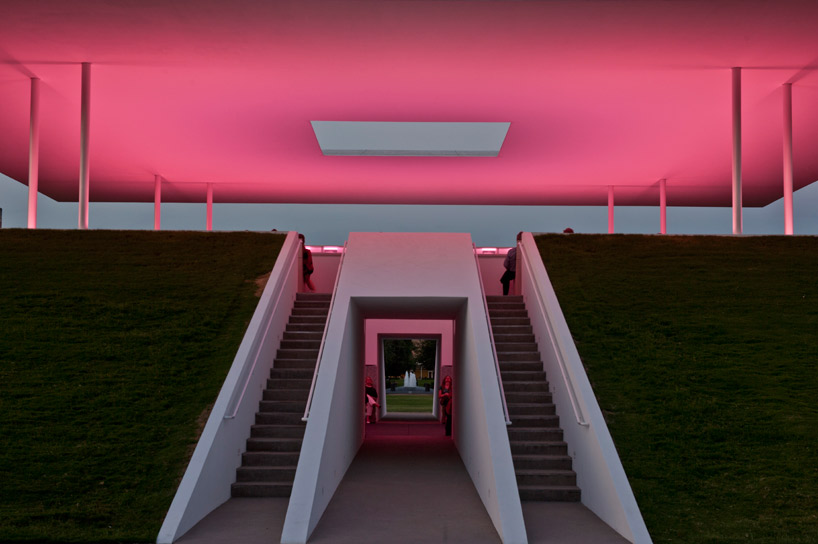 ‘twilight epiphany’ is planted as a 12-foot-high and 72 x 72 foot white roof parallel to the grass berm just below which steeply rises from the flattened stretch of green near the university’s school of music. viewing areas have been built into both the upper and  ower segments of the structure, offering a perspective from both locations which pictures the sky through a 14 x 14 foot opening in the square roof’s central space. the roof of the skyspace is formed  ‘from engineered materials with a carbon-steel knife edge’, says the university. while the lower seating area is crafted from pink and grey texas granite  from mable falls, seating belonging to the upper segment is a poured-concrete bench system. 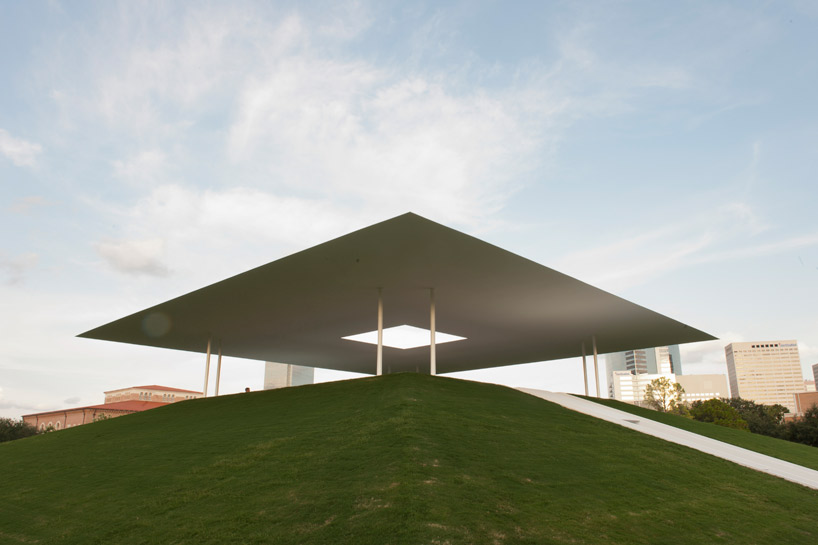 picturing the square structure from one of its four corners 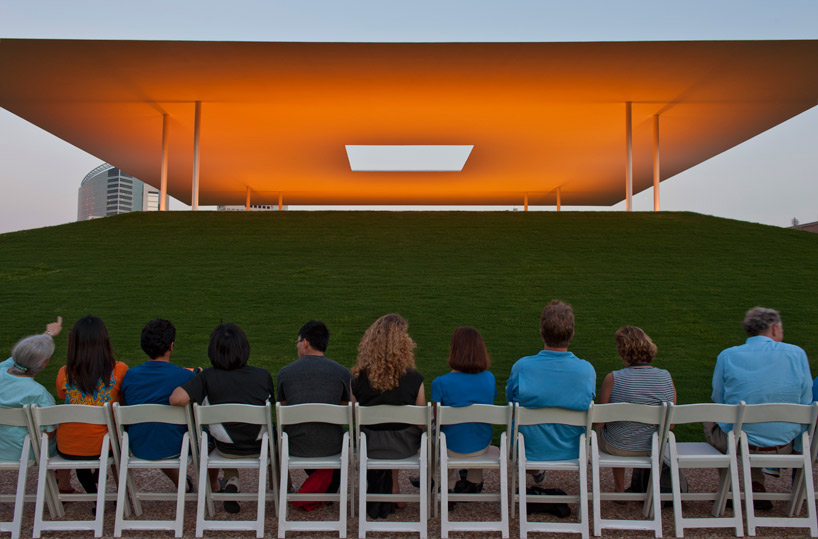 the opening of ‘twilight epiphany’ 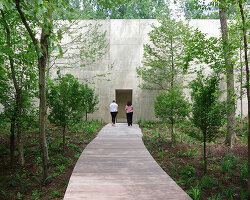 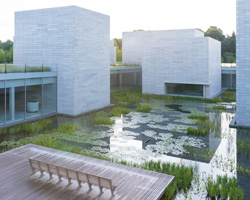 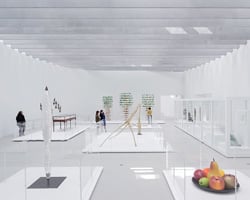