through february 19, 2018, janet echelman is helping the city of madrid celebrate with a net sculpture that explores the cycles of time — 1.78 madrid. the occasion? it’s the plaza mayor’s 400th anniversary. the plaza has seen spanish inquisition burnings and its fair share of bull fights, but this week, artists and admirers gather to share ideas. 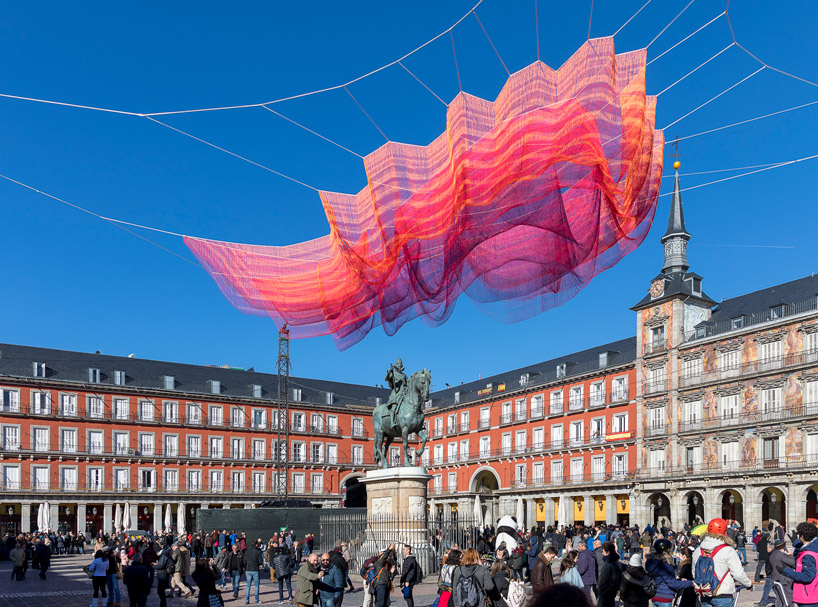 the 1.78 — in 1.78 madrid — refers to microseconds: the exact number of microseconds that an earth day was shortened by, after a single physical event shifted the earth’s mass. the event sped up its daily rotation by 1.78 seconds. sounds infinitesimal. it is, at our scale, but echelman’s work seeks to remind us of all scales of time: the macro, the hundreds of years the plaza has been around, the micro, the milliseconds that make up every moment, everywhere in between, where we find ourselves, today, just observing. 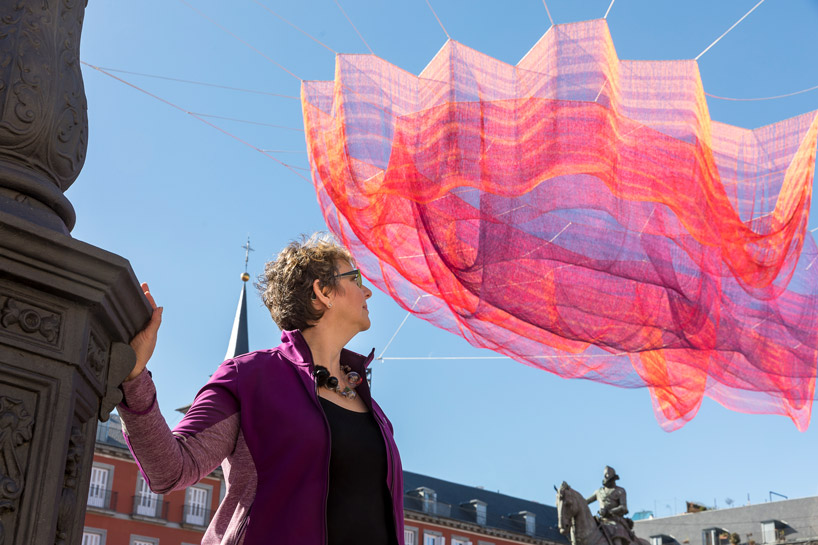 the work is comprised of 600,000 knots and 77 miles of twine. they are tied together and suspended over a special city for echelman — madrid was where she created her first sculpture with architectural elements. now, with 1.78 madrid, she asks the viewer to challenge their perception of time; when a single element of 1.78’s network moves, even slightly, when a tiny patch of knots is kissed by the wind, every other element in the sculpture moves with it. gently, violently, everywhere in between, the piece is affected by force at different scales. 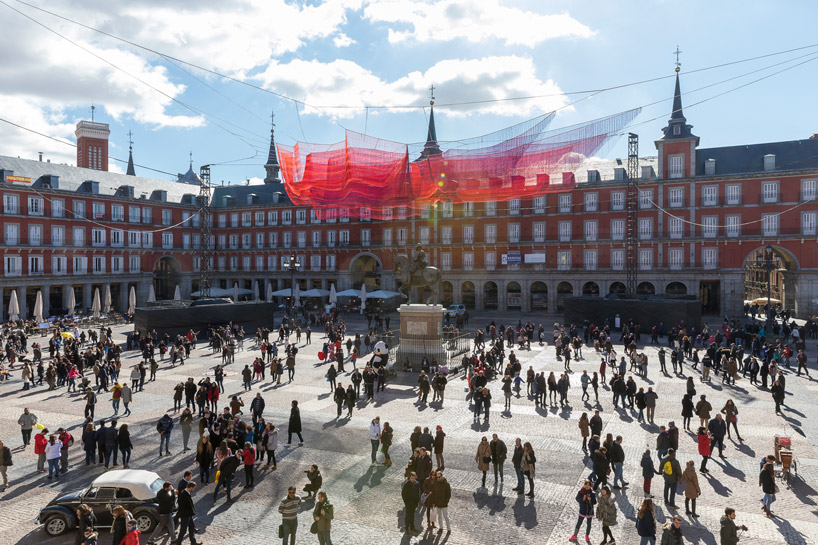 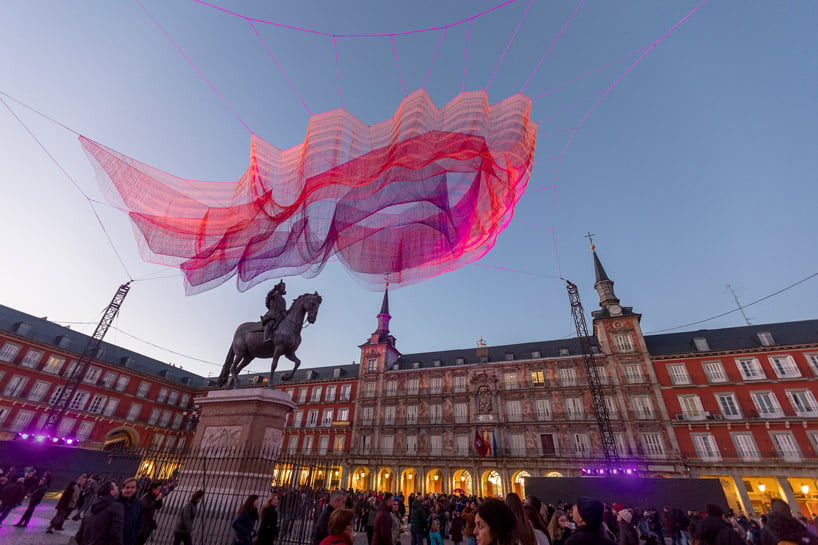 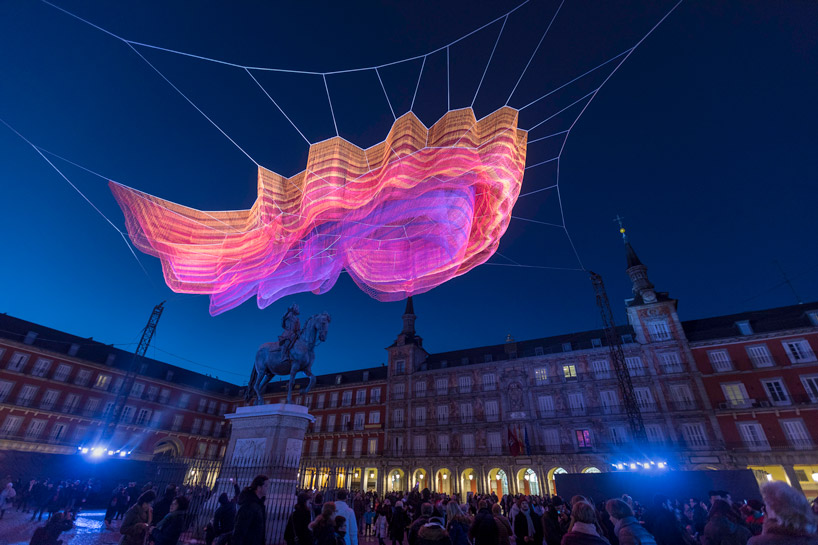 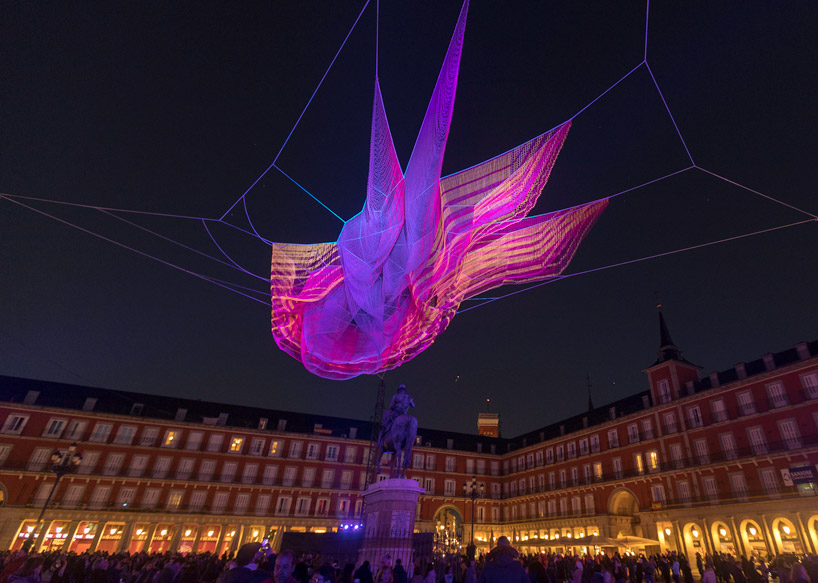 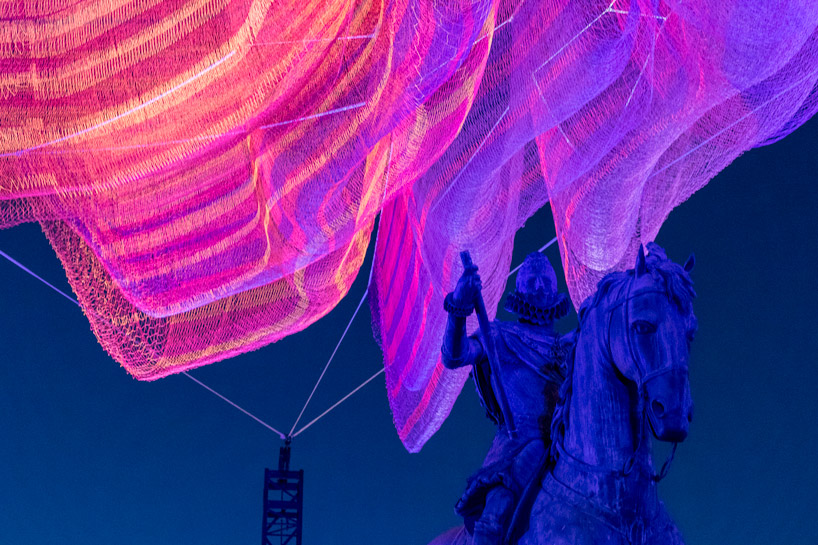 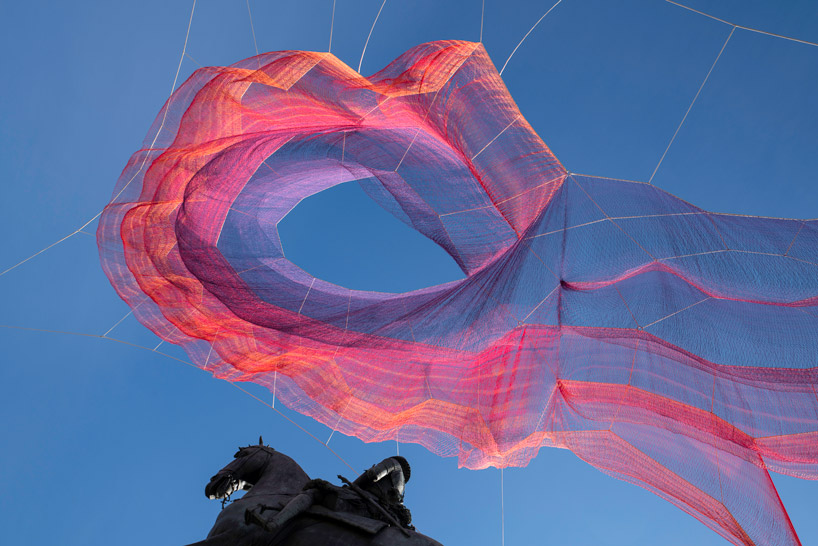 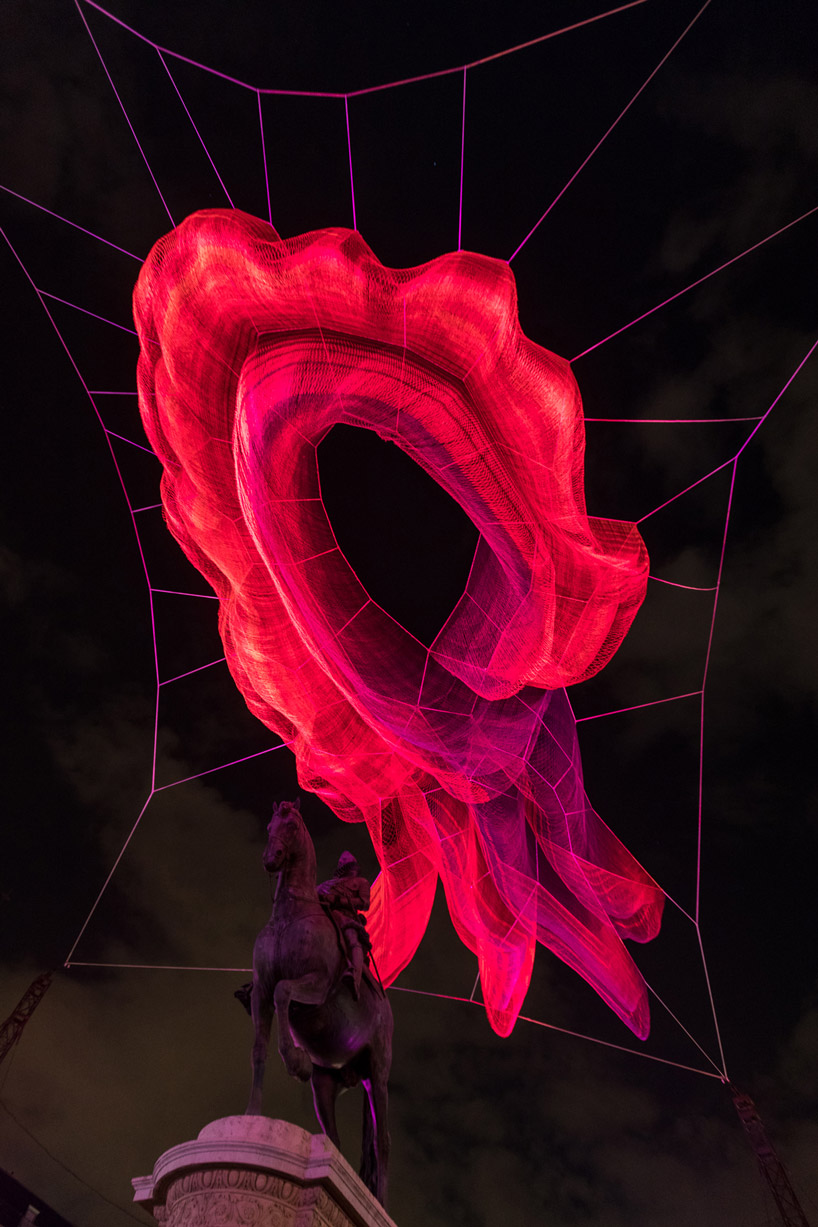 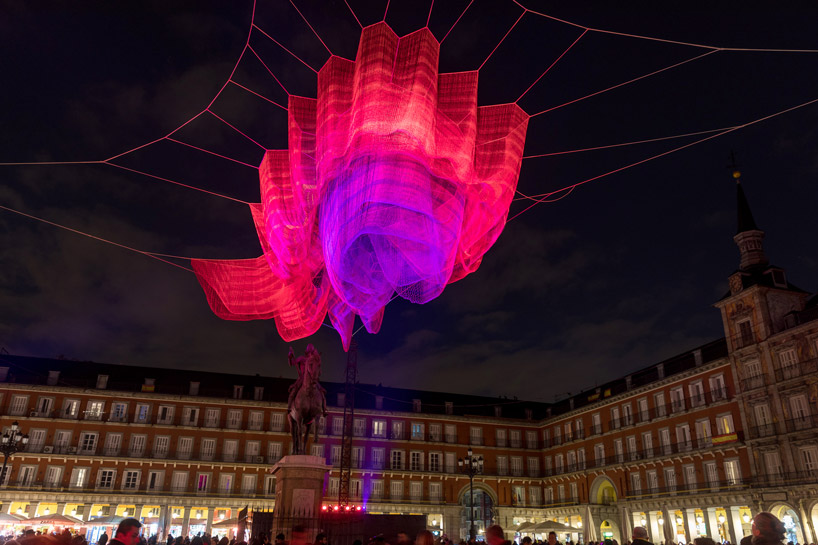 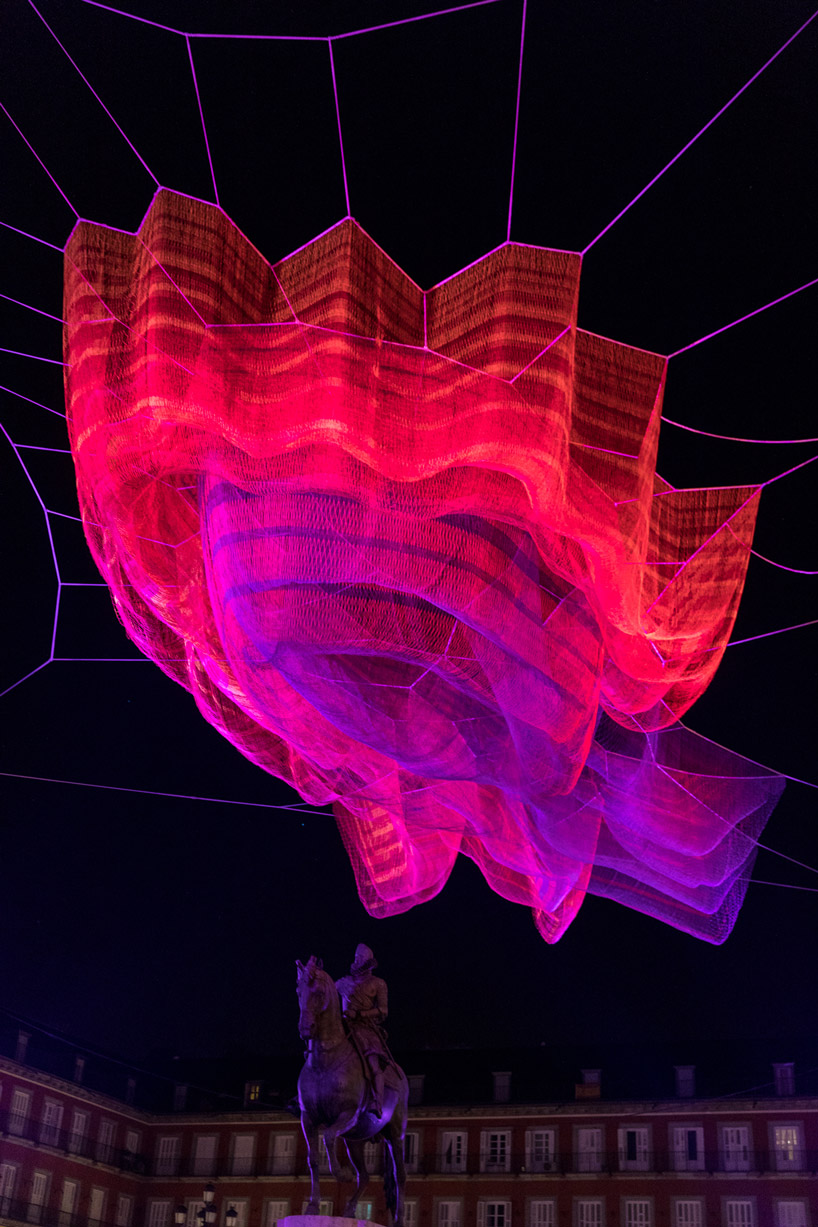 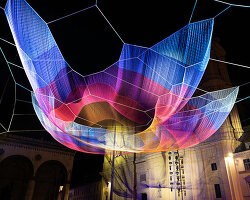 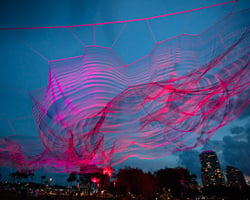 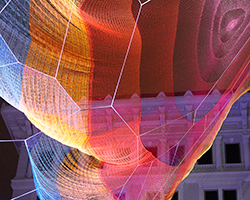 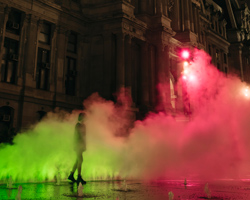 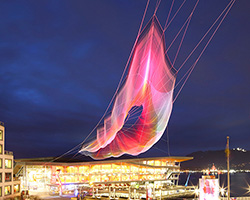 Mar 20, 2014
janet echelman and google weave an interactive sculpture in the sky