jason decaires taylor has built an underwater museum off the coast of cannes, france — his first installation in the mediterranean sea. the museum — which opened on february 1, 2021 — features a series of six monumental three-dimensional portraits, each over two meters (6 feet) in height and ten tons in weight. placed at a depth of between two and three metres (6-10 feet), these artworks rest on areas of white sand, in-between oscillating posidonia sea grass meadows in the protected southern part of the island of sainte-marguerite. 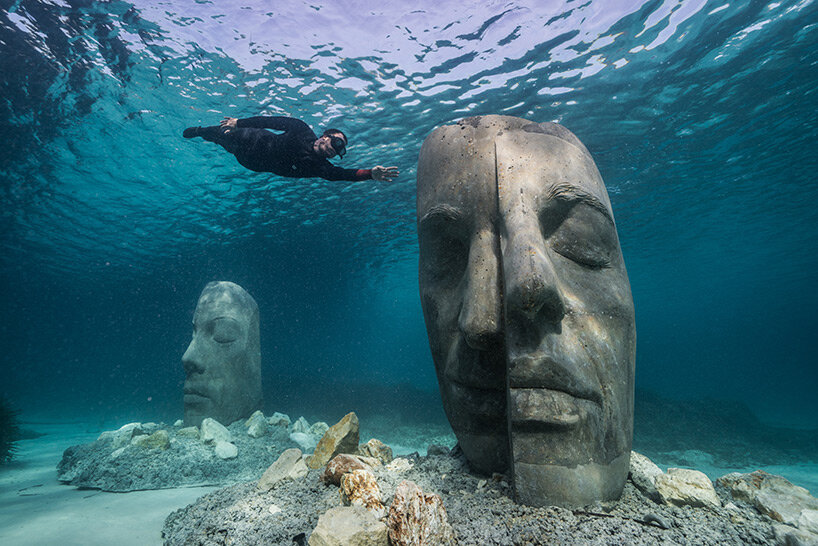 funded by the mairie de cannes and commissioned by its mayor, david lisnard, the underwater museum of cannes took over 4 years to develop. now open to socially-distant divers, the museum is surrounded by crystal-clear waters and is located in close proximity to shore. jason decaires taylor explains that the six artworks are based on portraits of members of the local community, covering a range of ages and professions. for example, maurice — an 80-year-old fisherman — is featured alongside anouk — a 9-year-old primary school student. 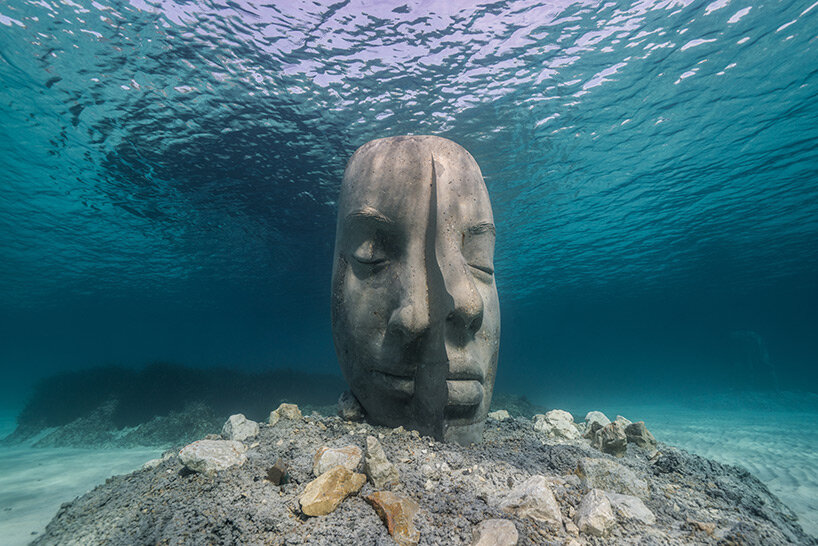 each face is significantly upscaled and sectioned into two parts, the outer part resembling a mask. the theme of masks connects to the history of île sainte-marguerite, well known as the location where ‘the man with the iron mask’ was imprisoned. meanwhile, cannes, through its famous annual film festival, is well known for its relationship with the performing arts. 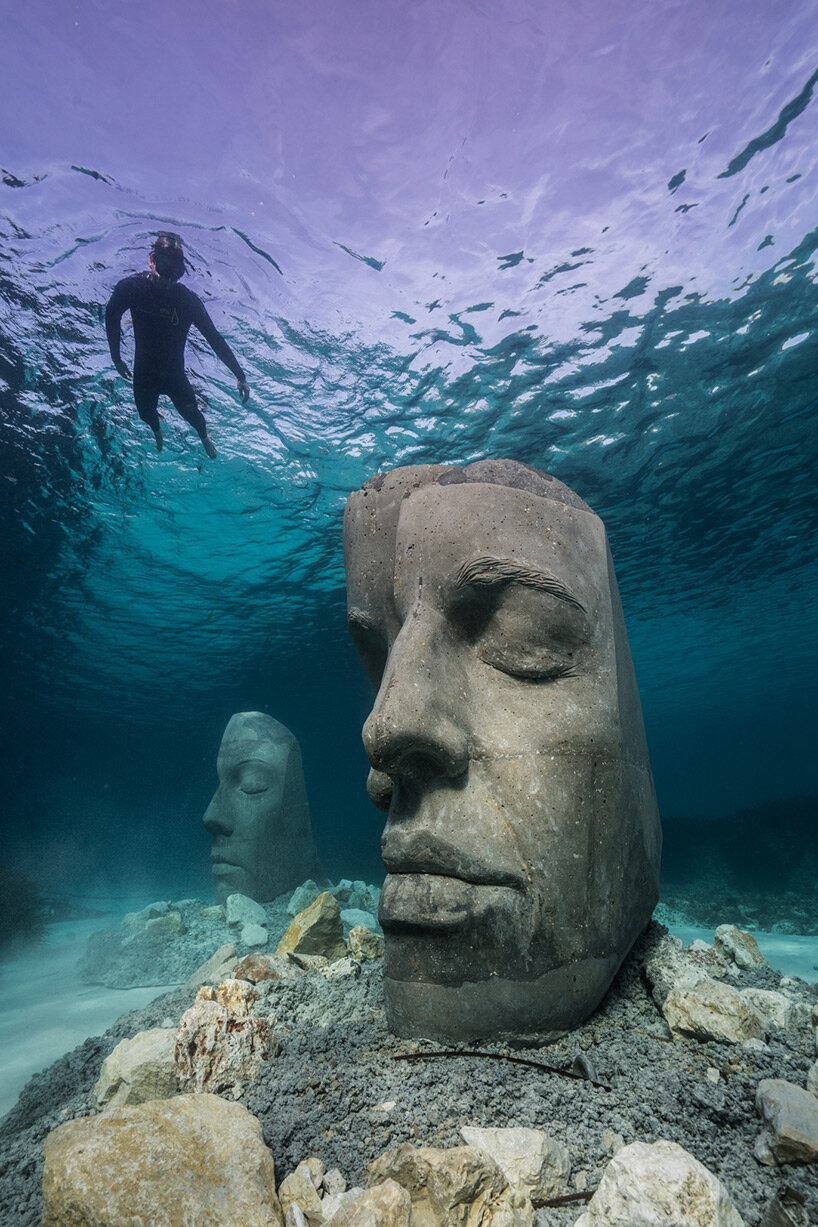 the split mask is also a metaphor for the ocean. one side of the mask depicts strength and resilience, the other fragility and decay. ‘from land, we see the surface, calm and serene, or powerful and majestic,’ says jason decaires taylor, whose work aims to draw attention to the sea as a fragile biosphere in urgent need of protection. ‘this is the view of the mask of the sea. however below the surface is a fragile, finely-balanced ecosystem – one which has been continuously degraded and polluted over the years by human activity.’ 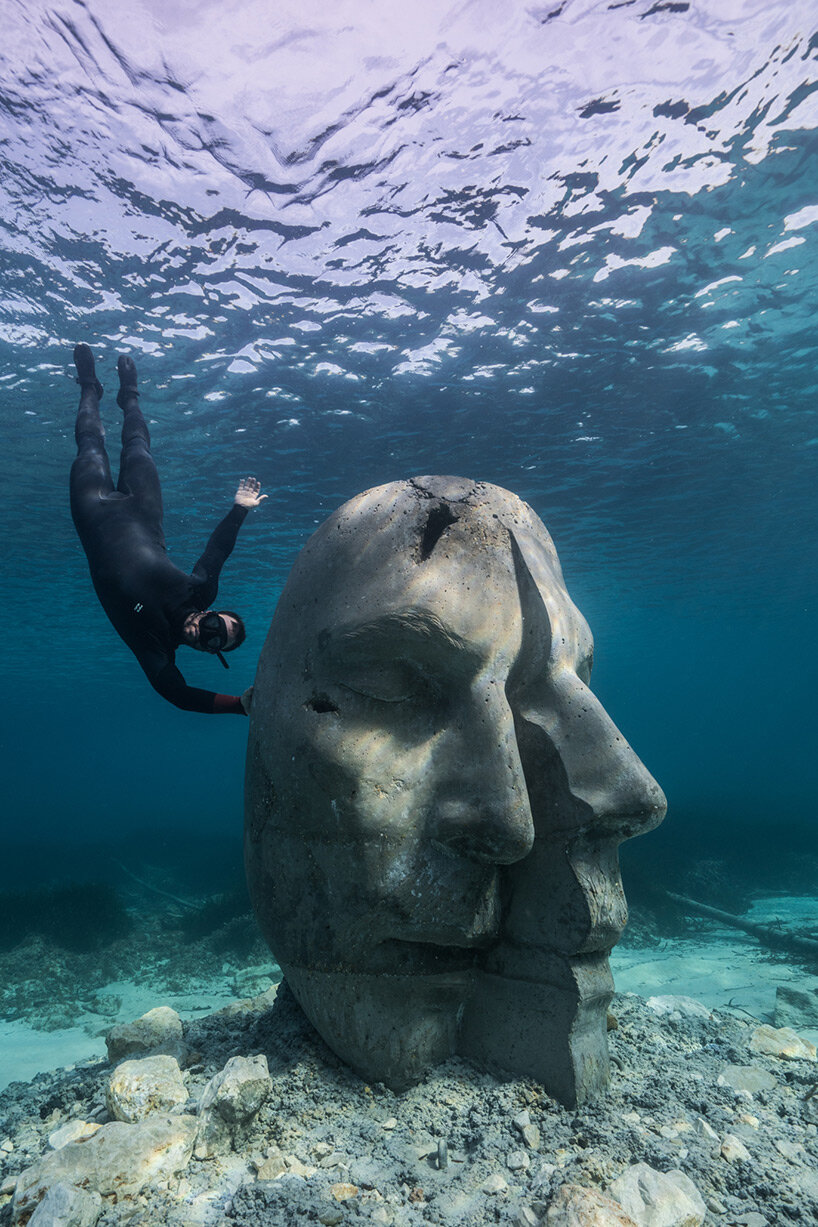 the location of the sculptures was previously an area of disused marine infrastructure. part of the project was a significant clearing of the site, removing marine debris such as old engines and pipelines to create a space for the installation of artworks which have been specifically designed, using ph neutral materials, to attract marine fauna and flora. the site has now been cordoned off from boats, making it safe for snorkelers and divers, and preventing damage by anchors to the seagrass meadows. see other projects by jason decaires taylor on designboom here. 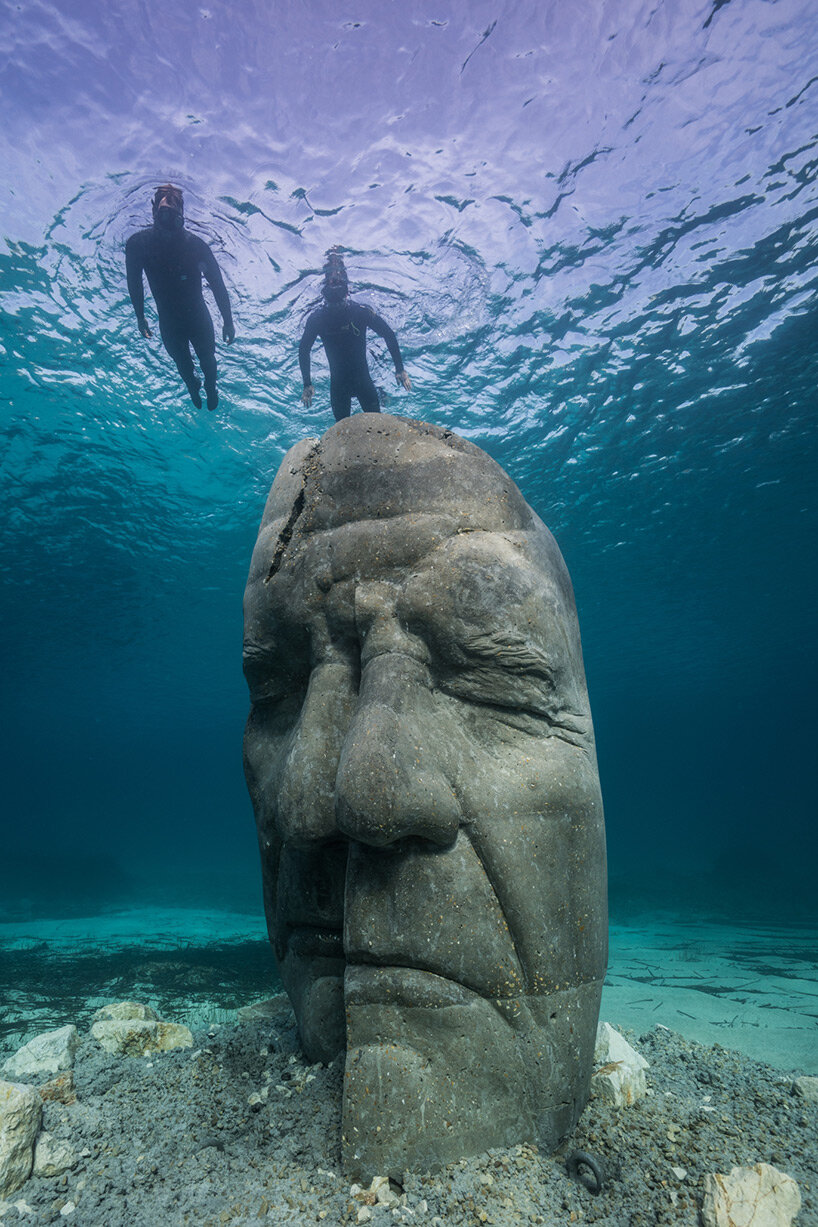 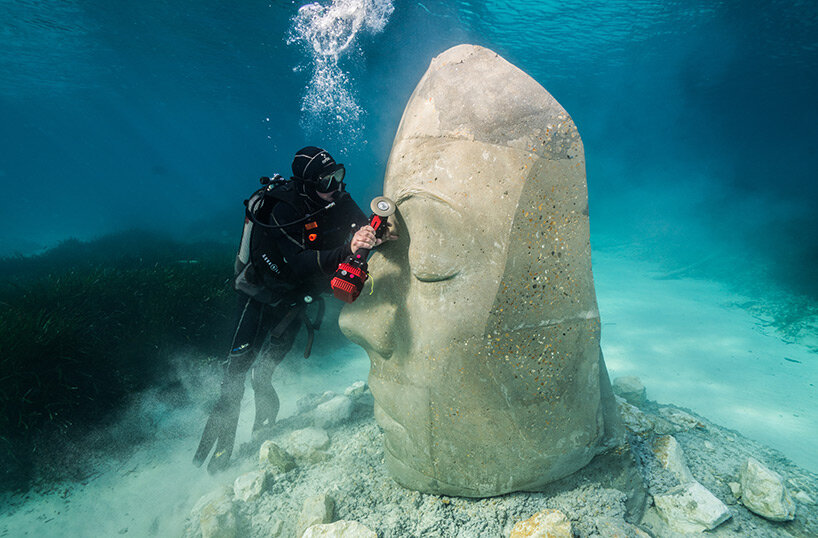 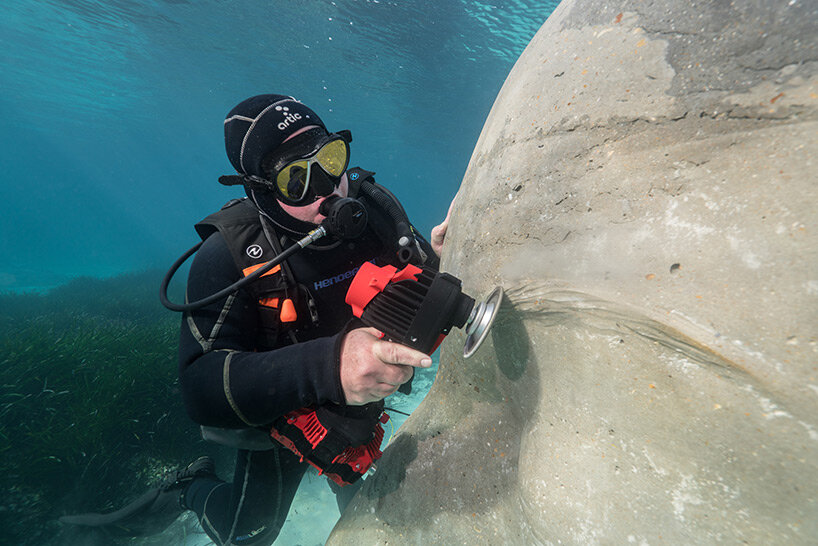 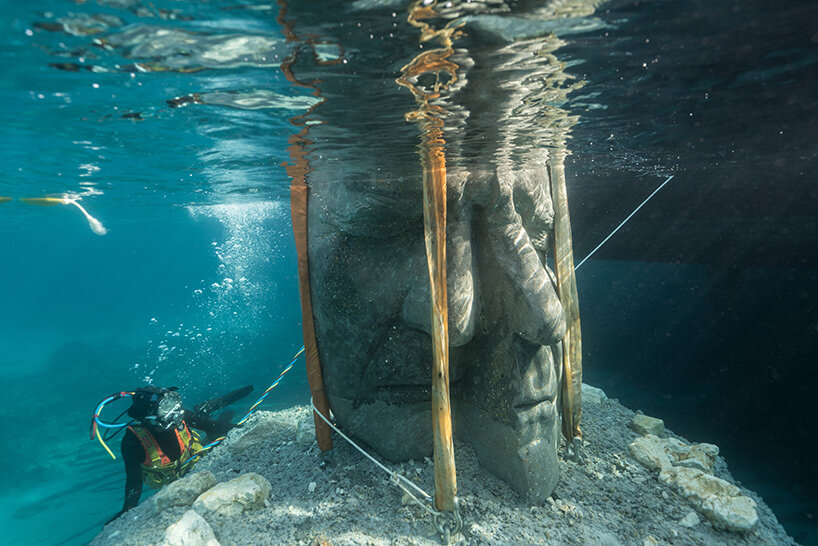 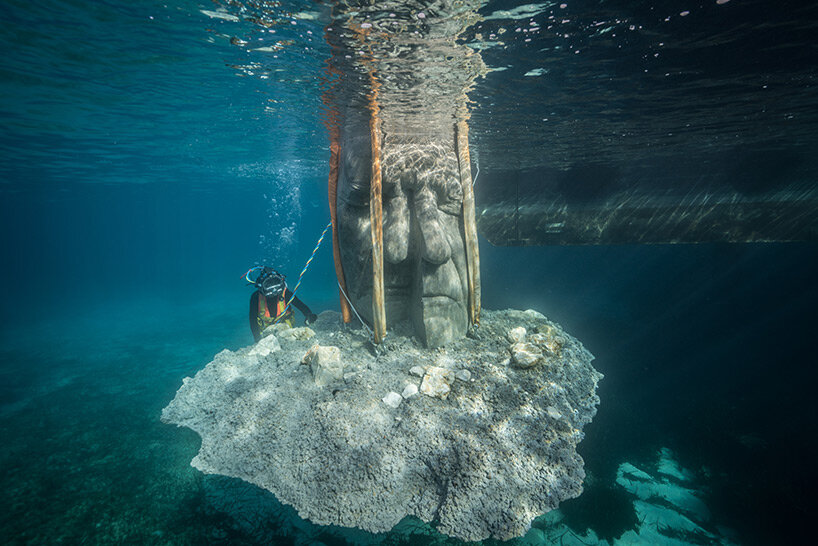 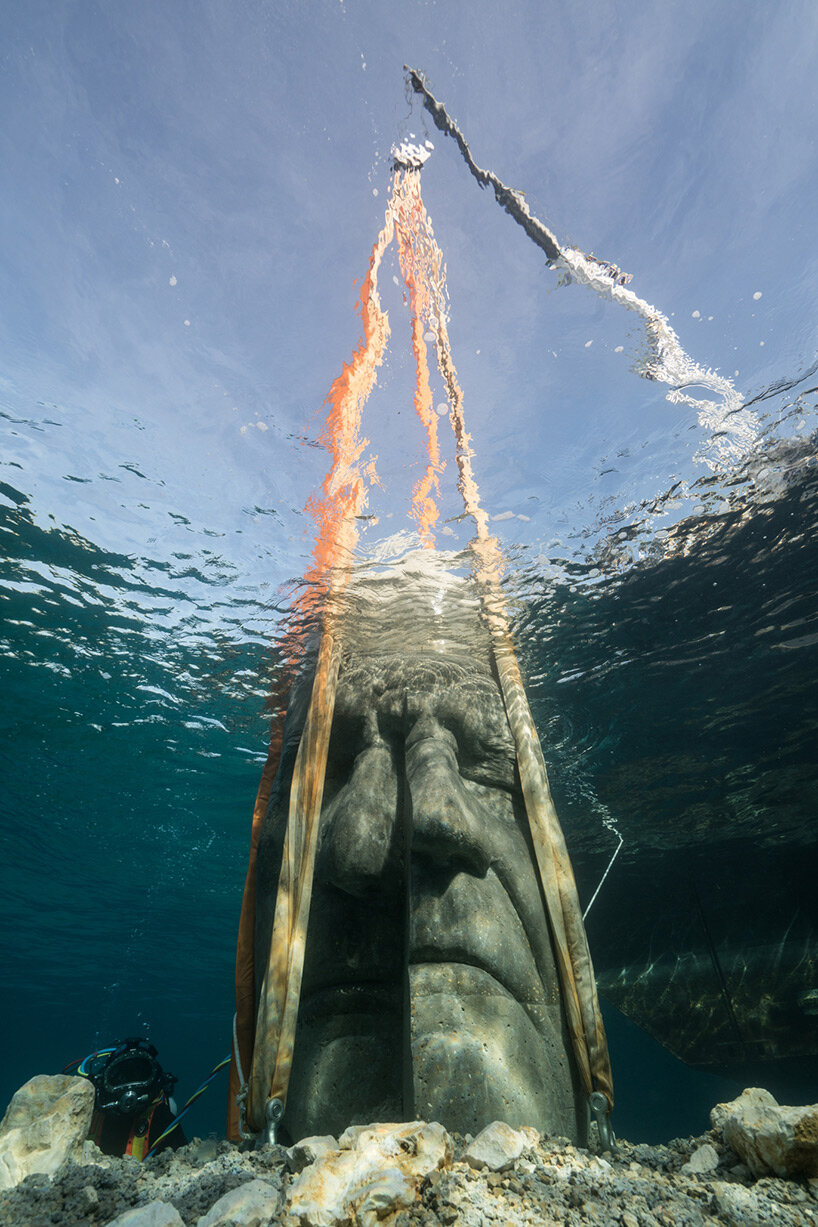 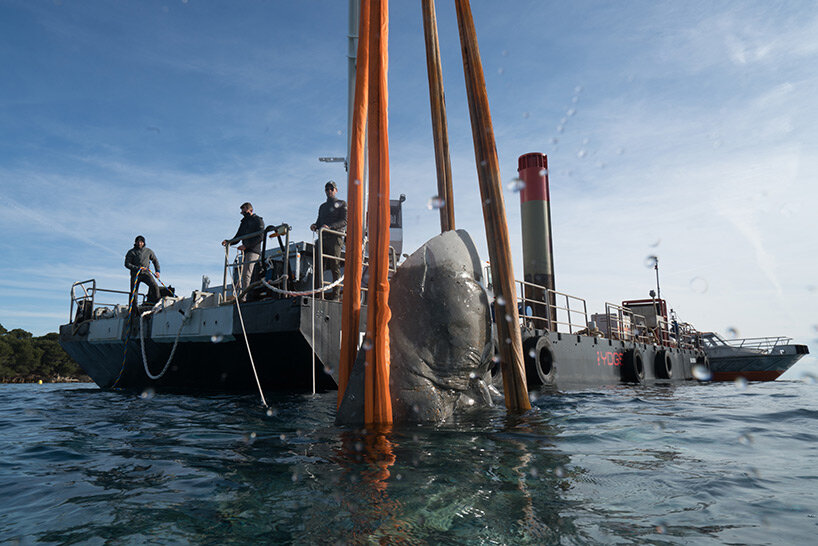 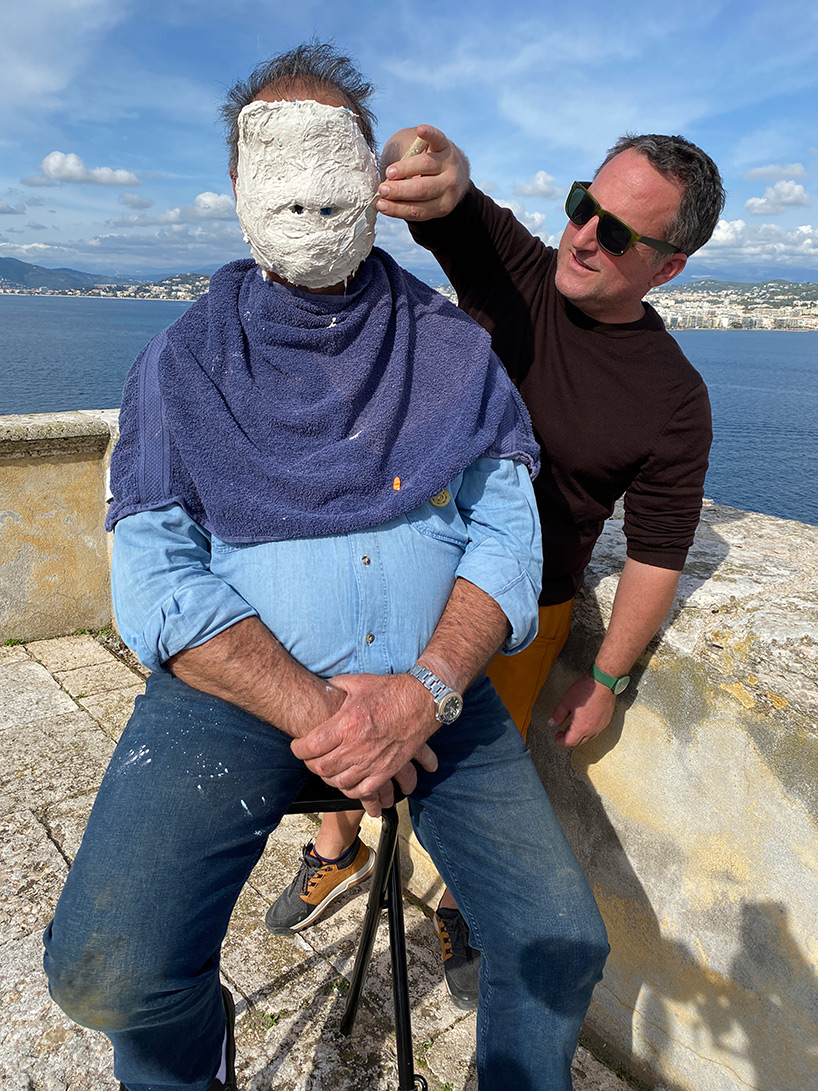 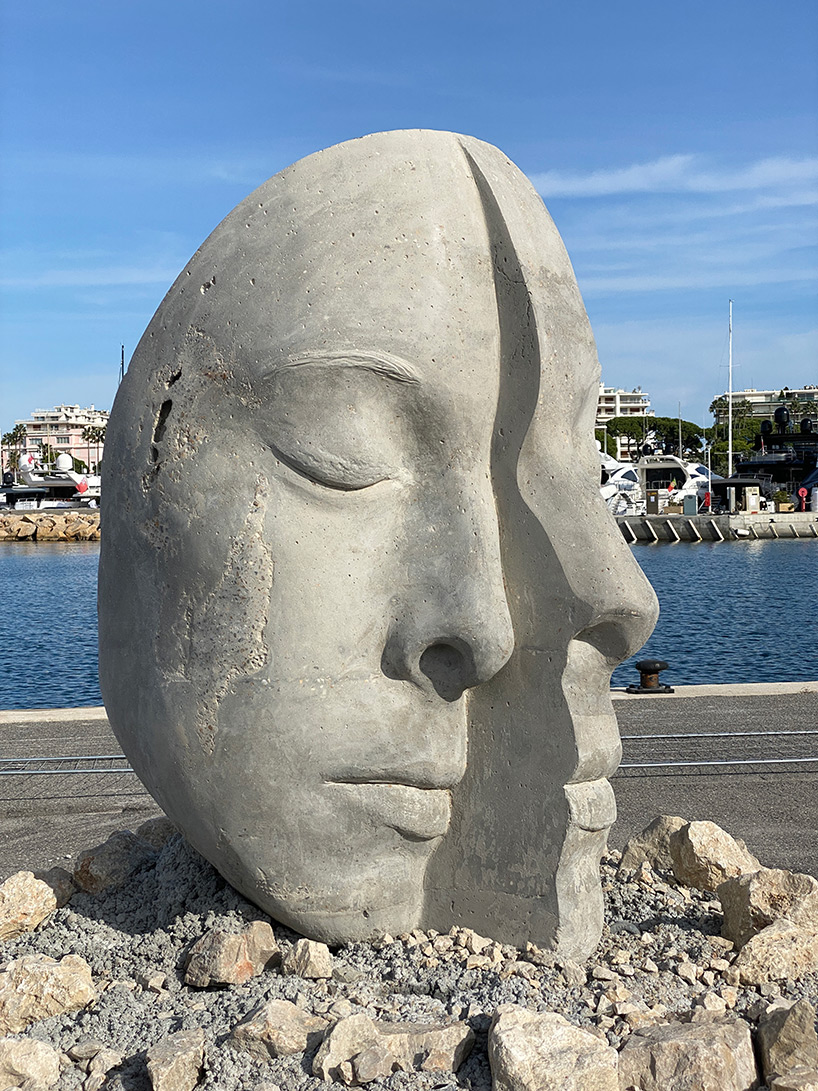 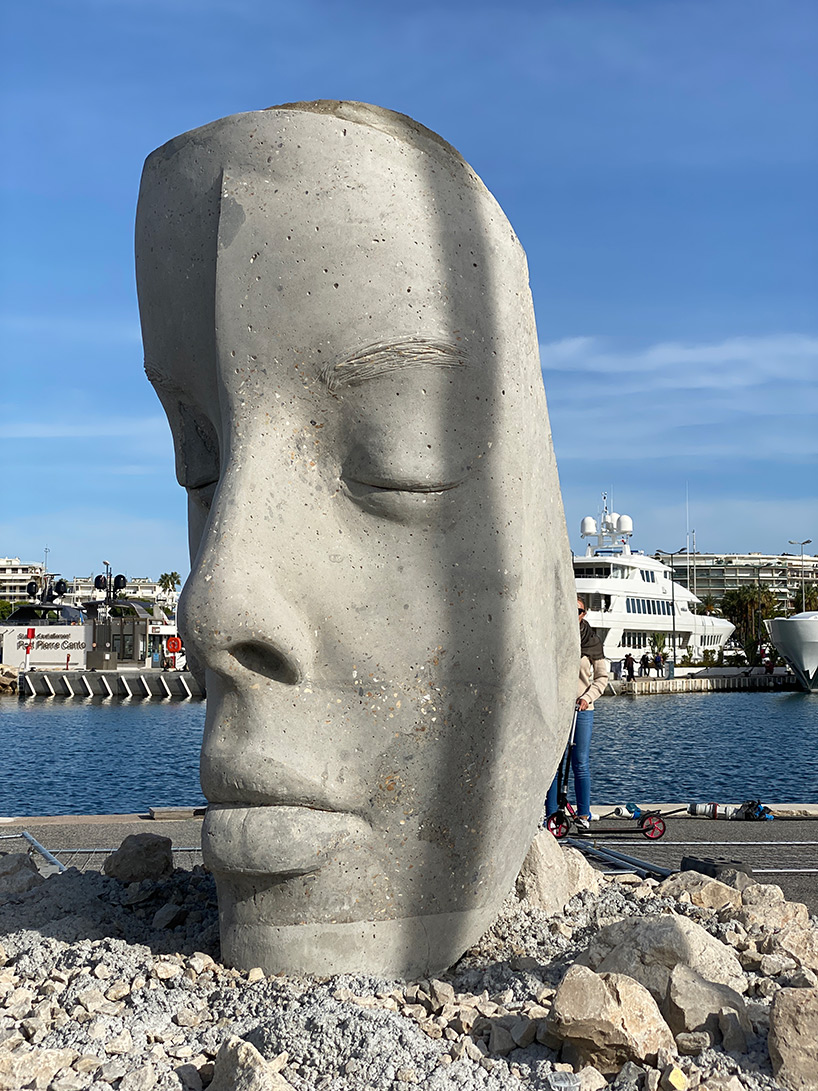 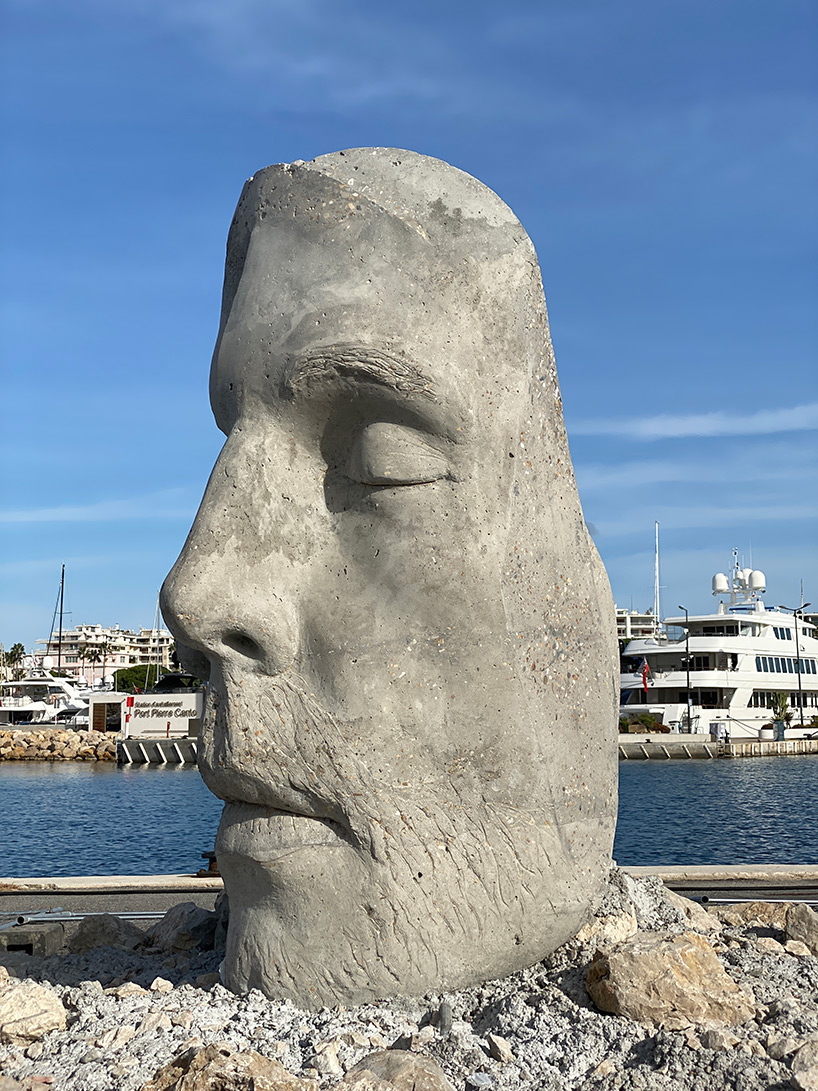