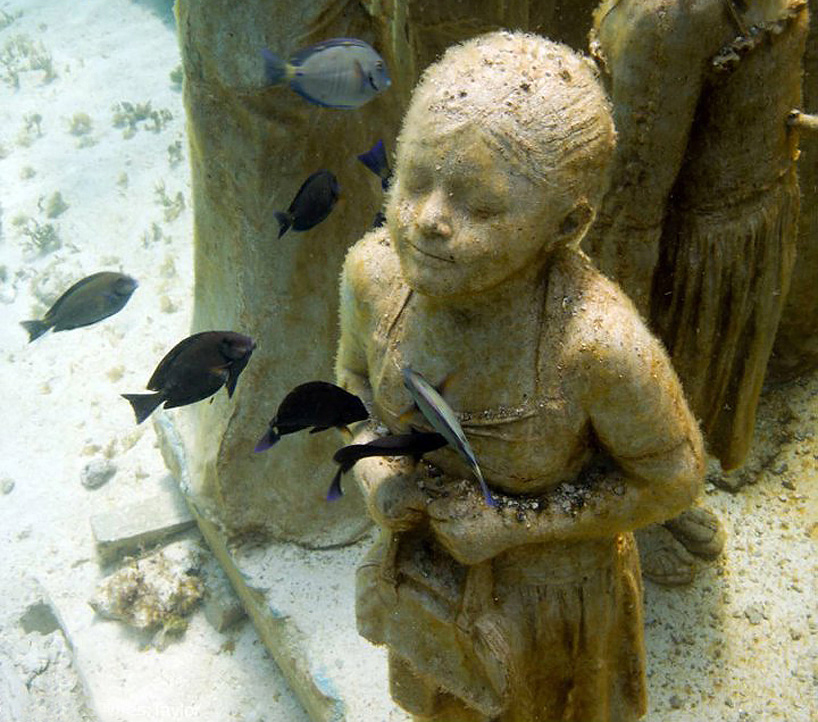 images just obtained from cancun’s underwater museo subacuático de arte (MUSA) show the striking and healthy progress of coral growth onto the sculptural installation ‘la evolución silenciosa’ (‘the silent evolution’), created by british artist jason decaires taylor. completed in november 2010, ‘la evolución silenciosa’ is the most recent of four of decaires taylor’s sculptural installations in the underwater museum. the permanent installations can be visited by snorkeling and scuba diving visitors, but they were designed specifically to function as an artificial coral reef. the national marine park in which the sculptures are located receives 750,000 tourists a year, putting significant strain on the fragile natural coral reefs in the region. 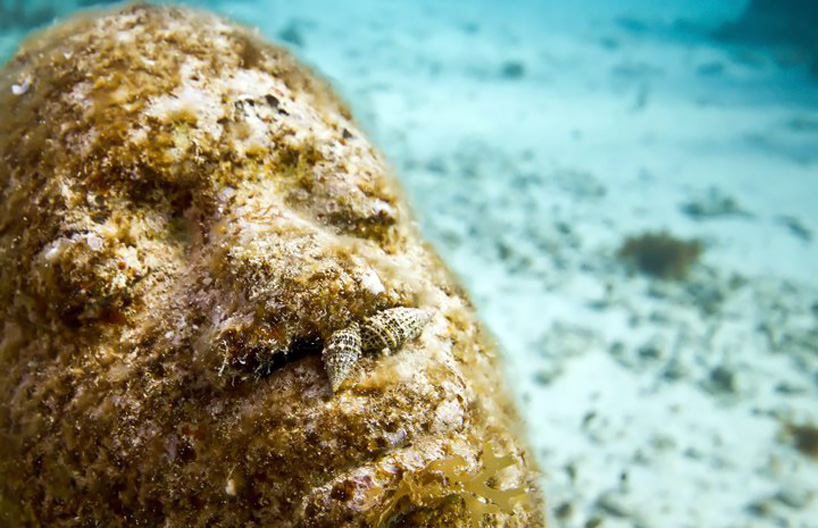 detail on one of the sculptures 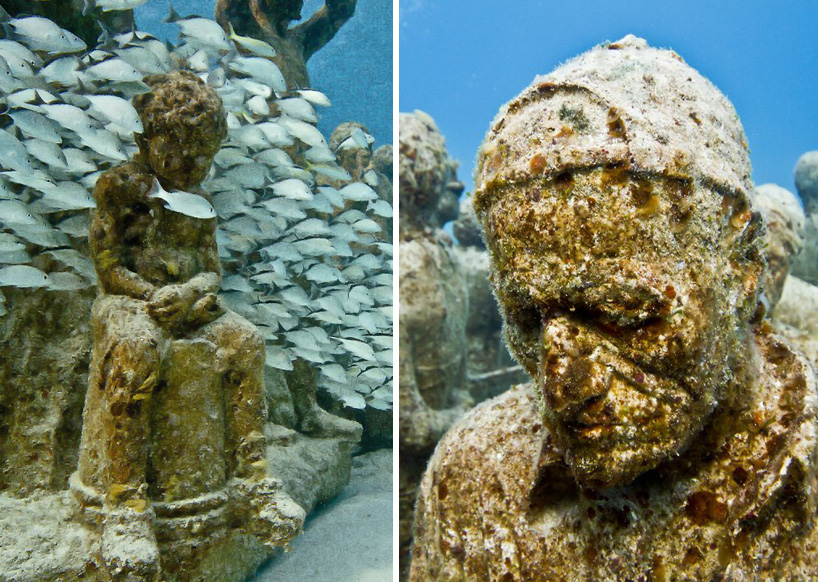 a layer of algae already covers most of the pieces

although the most recent sculptures have only been in place for about two months, they already show the significant growth of algae and the beginning development of coral, and are already frequented by lobsters and thousands of different fish. the next phase of the project will come in june 2011, when eight artists will be invited to a workshop with decaires taylor at his studio, the museum of art, science and environmental conservation (MACCA). over the course of six weeks, the selected artists will realize a new gallery of underwater sculptures for MUSA. the call for entries, which asked sculptors to ‘present in any way the relationships among art, science, and environmental conservation’, just closed on february 1st. 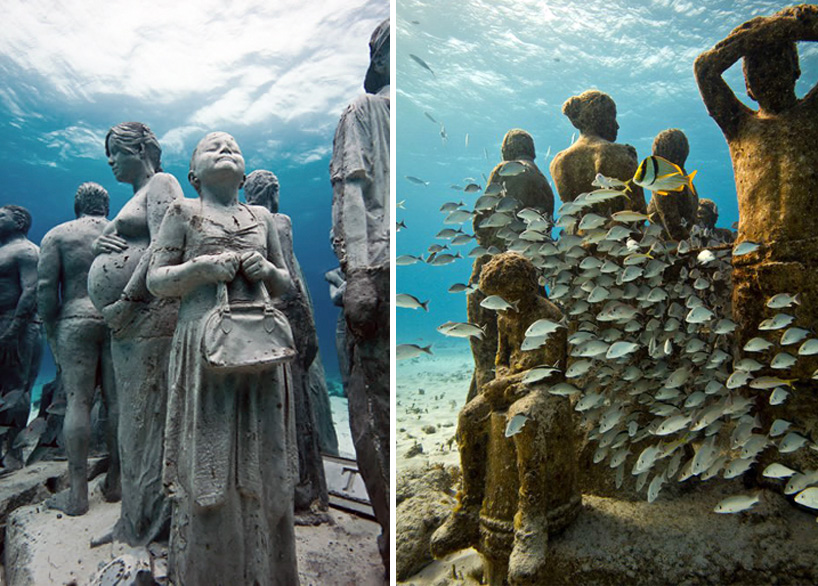 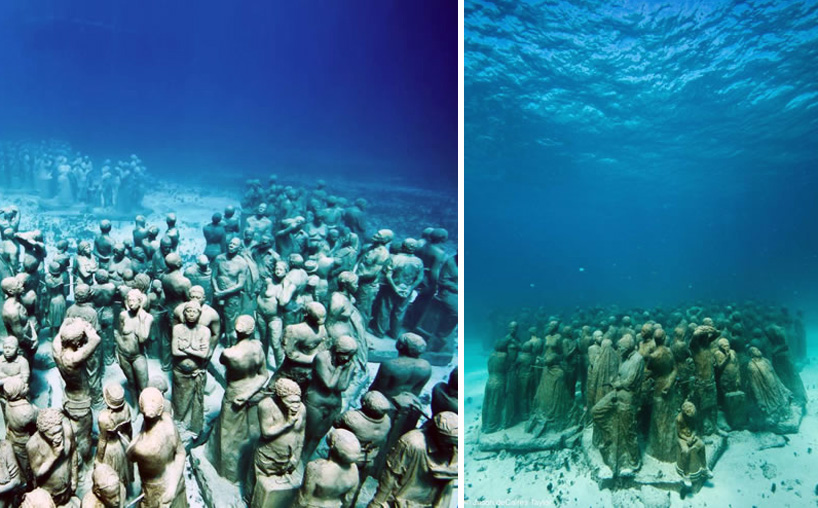 full view of the sculptures on installation (left) and today (right)