throughout the month of september, passersby the banks of the river thames in london may approach the sandy shoreline in wary uncertainty of the sight that lies before them. underwater sculptor jason decaires taylor has installed four tidal works opposite tate britain, revealed and partially concealed by the rise and fall of the river twice daily. made from stainless steel and PH neutral high-density marine cement, the four, hybrid horsemen sculptures fuse motifs of oil extraction machinery with the equine form. symbolically, the figures simultaneously reference the working horse of london and call attention to an ongoing dependency on fossil fuels and the potential apocalyptic outcome of climate change. 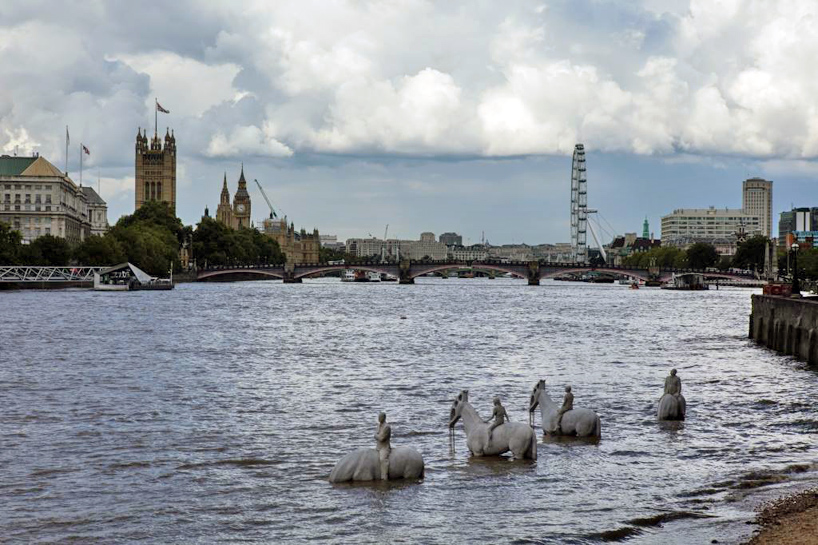 the four tidal works are sited opposite tate britain

commissioned by the totally thames festival, the sculpture sees each of the horses with a different rider, either a suited male or a young teenager. the figures dressed in suits aim to illustrate the attitude of ambivalence towards our current climate crisis, while the young riders represent hope in effecting change.

the sculptures carry a dual motive in the concepts they communicate, both offering a disturbing metaphor for rising sea levels and proposing hope, as the figures reset themselves each day. 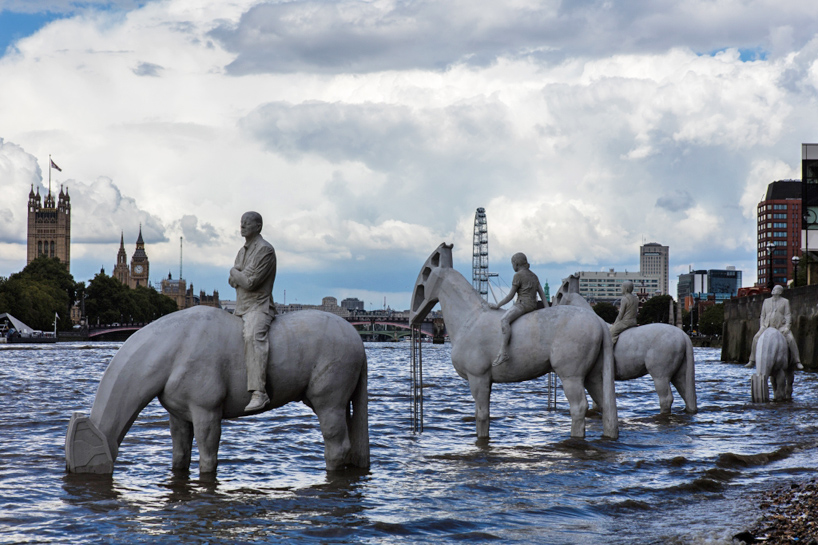 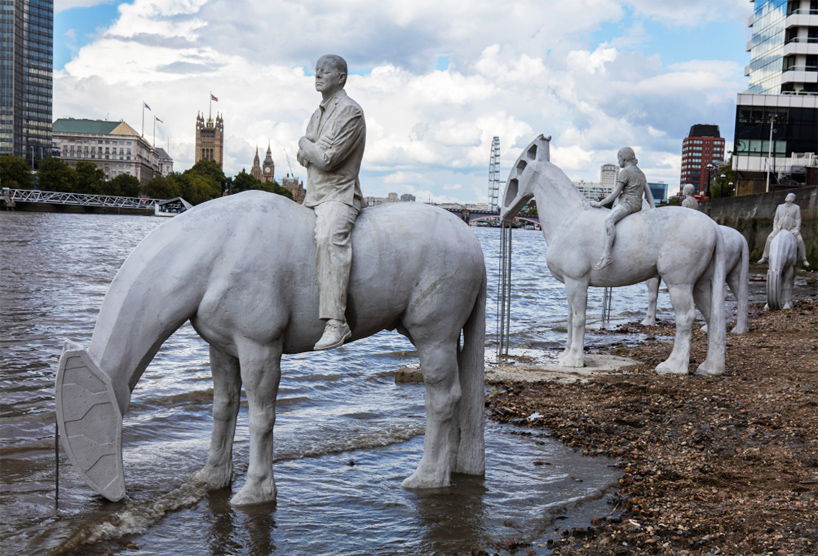 the sculpture sees each of the horses with a different rider 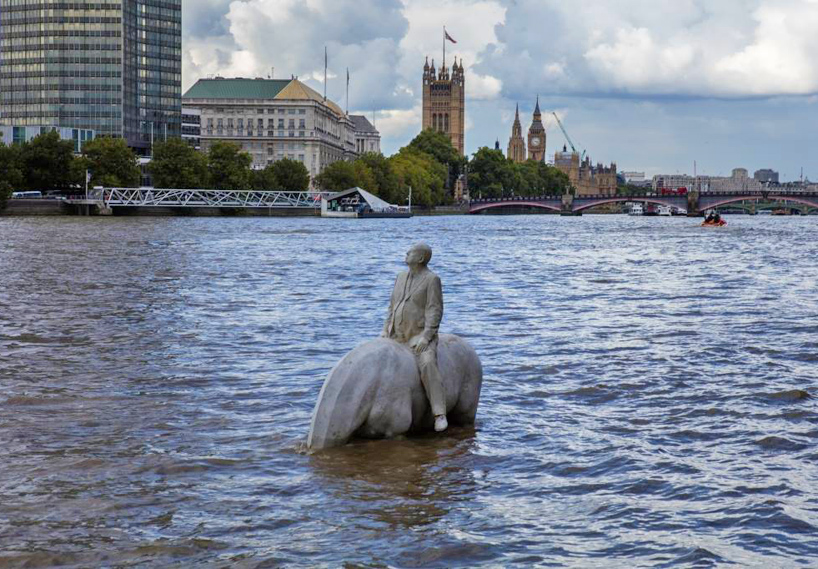 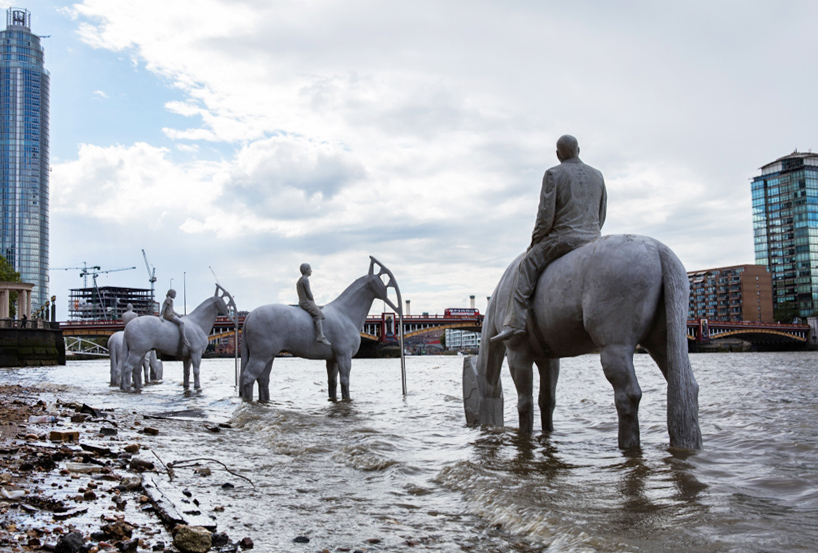 at low tide, the sculptures are visible from shore 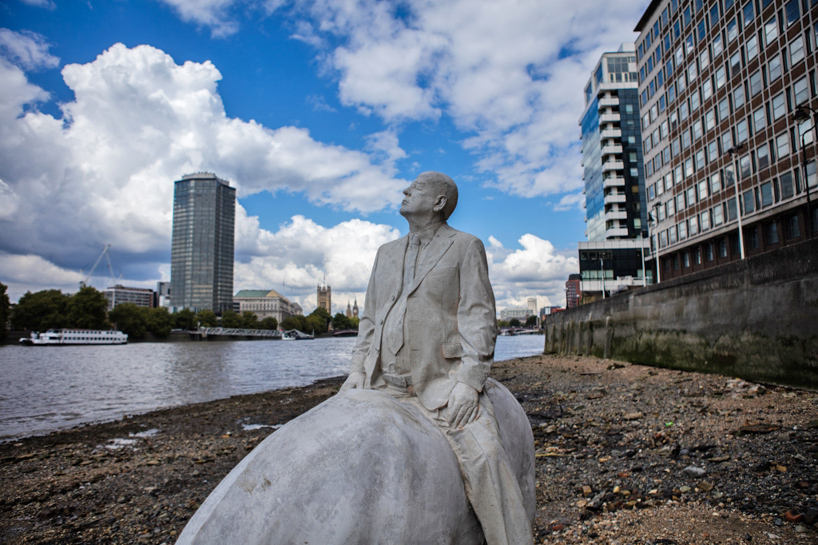 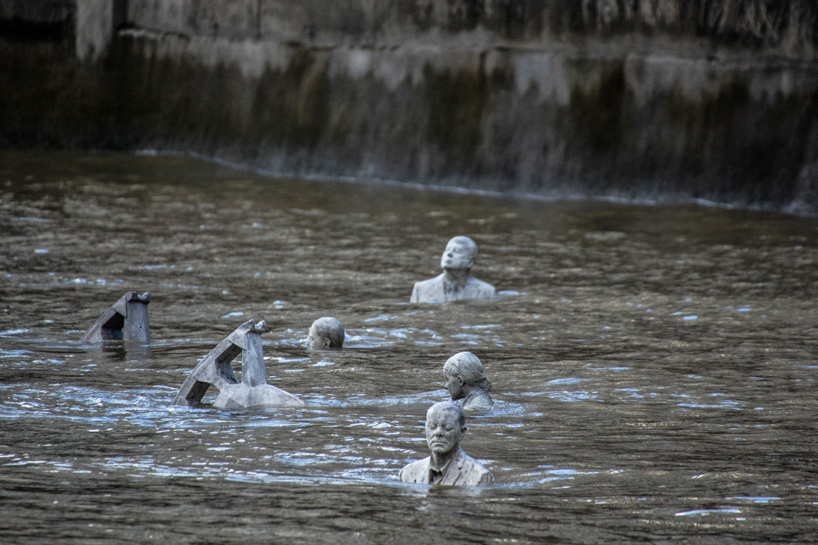 the figures are almost completely swallowed by the rising tide 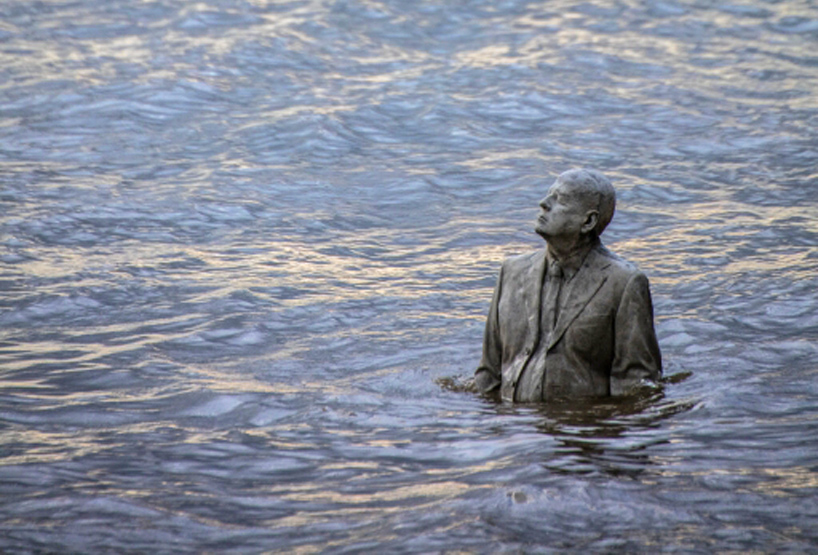 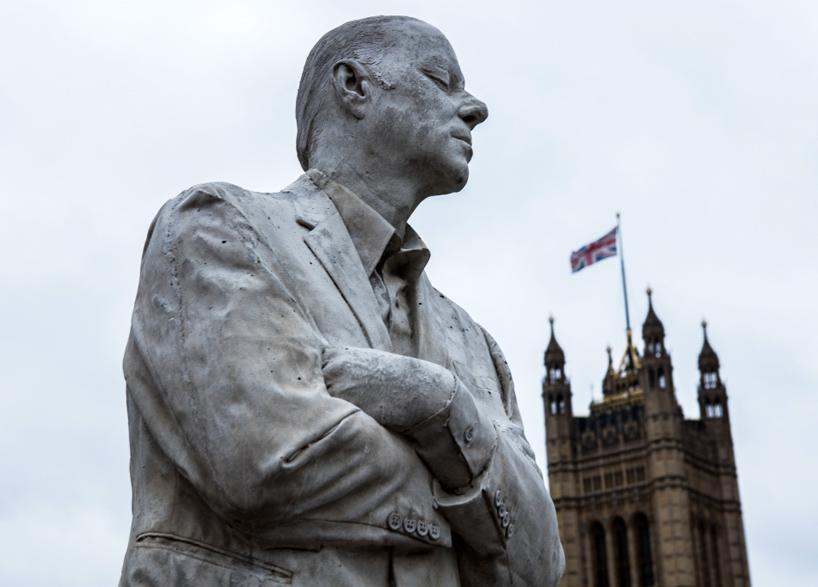 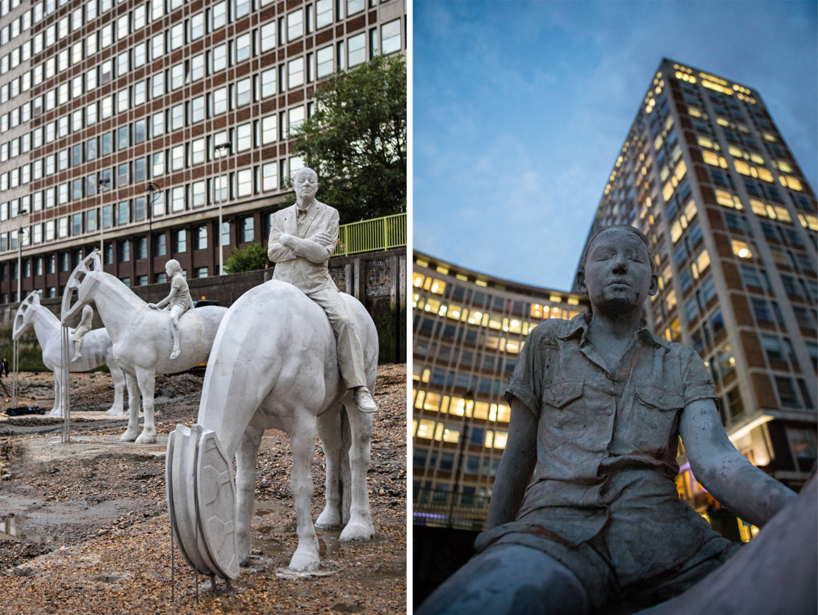 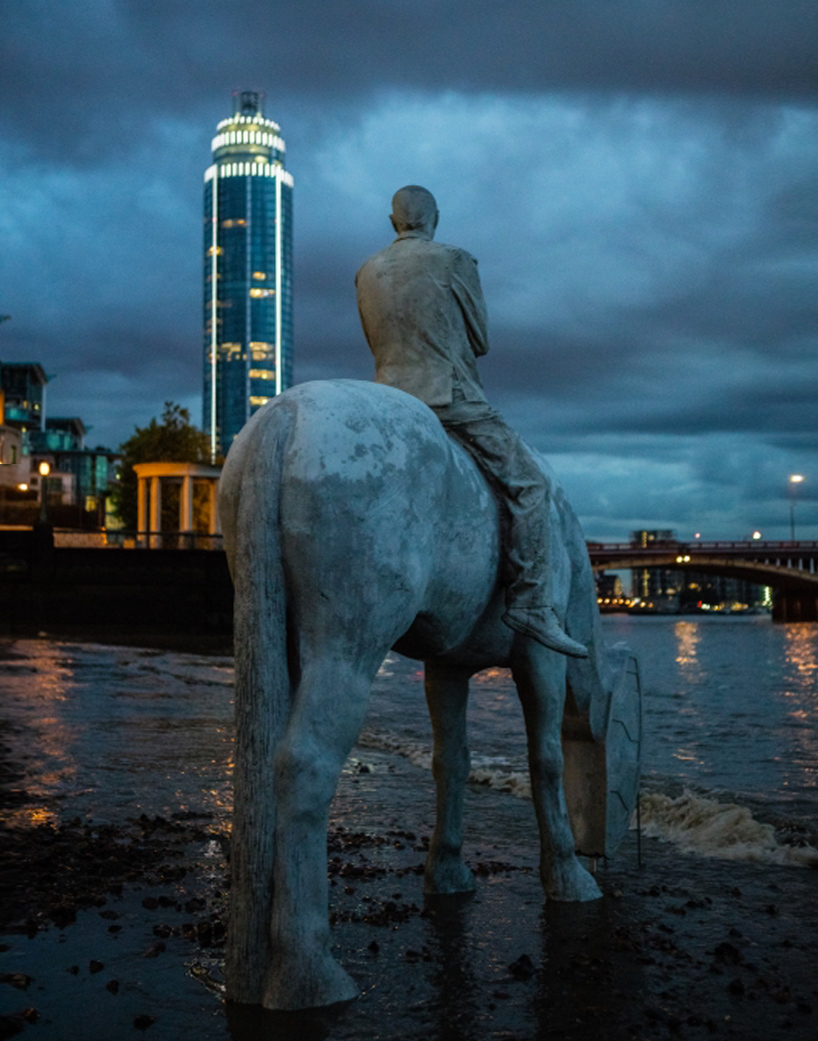 the figure overlooks the london skyline at night