when looking at indonesian graphic designer jati putra‘s digital images, there is something both strangely familiar and wildly unnatural at work. his reality-distorting manipulations comprise a collection of natural and urban landscapes that have been fragmented, distorted and reimagined in an alternate dimension. in this imagined place where gravity ceases to exist, underwater animals emerge on land and the horizon line can be bent at 90° angles, the world changes into a fictional and fantastic place of possibility. 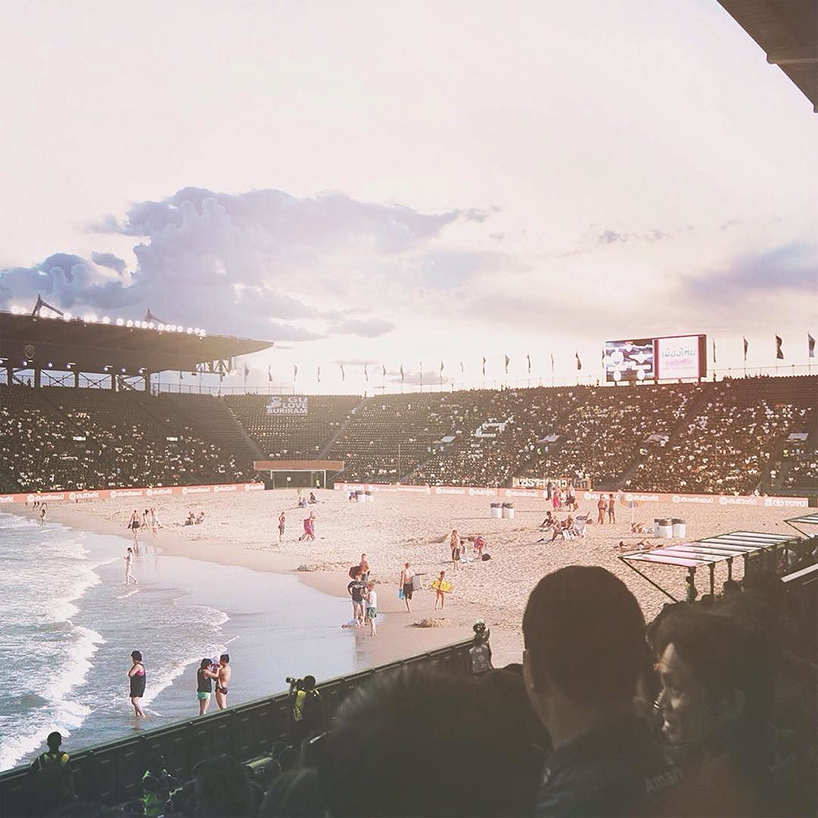 a beach, replete with waves and sand, is hidden within a football pitch

sandy beaches are transformed from flat planes to folded formations, where swimmers drift in vertical paths from the sky to earth; urbanites walk and bike along a seemingly ordinary street, only to be met a wall of concrete that has been lifted from the ground; animals find themselves floating in the hazy blue skies, rather than the ocean’s depths. see the impossible landscapes and scenes below. 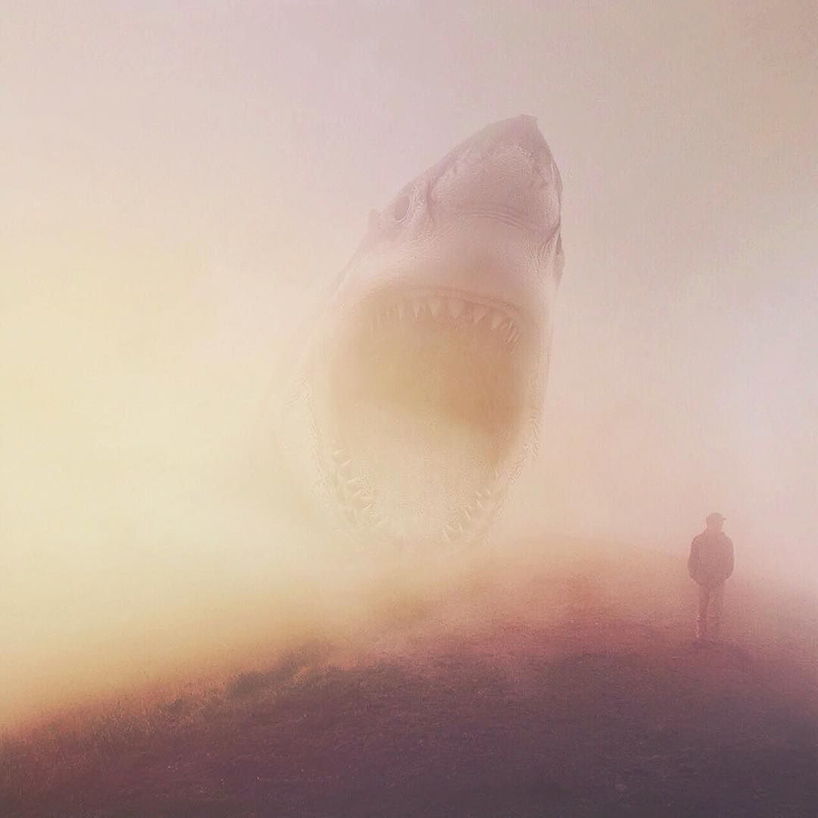 a shark emerges from the edge of a misty mountainside 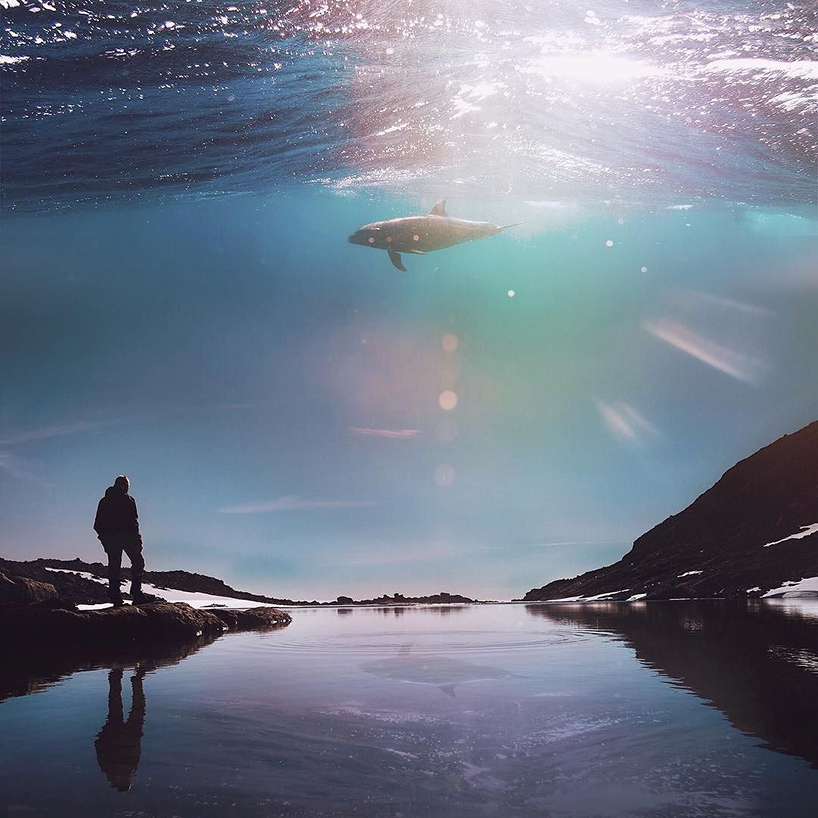 water and land meet, where a dolphin impossibly swims in the sky 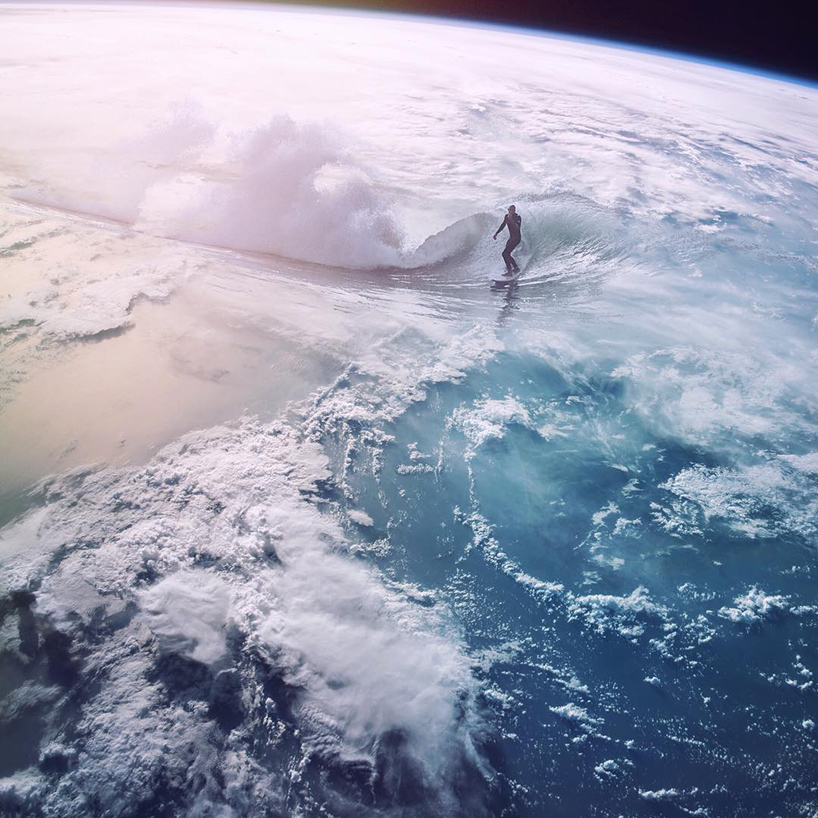 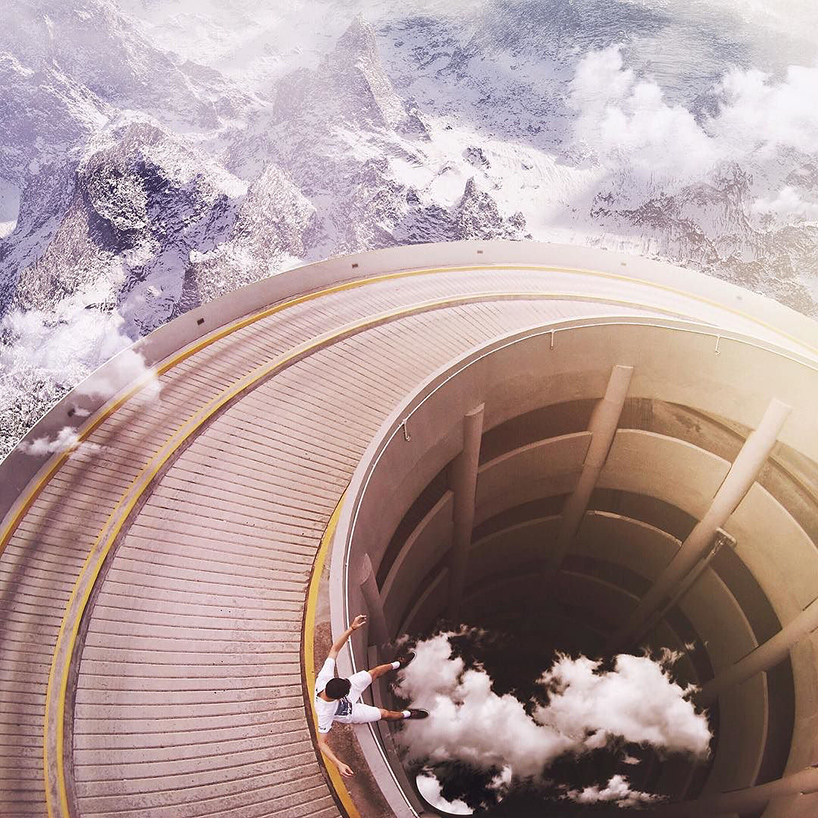 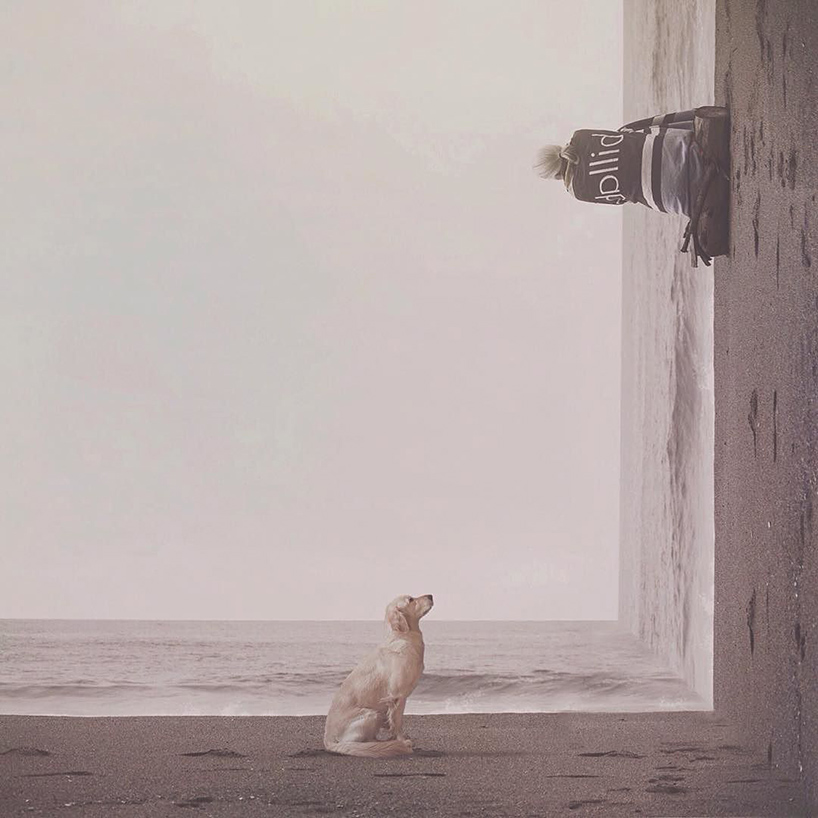 the beach is bent at a 90 degree angle, where a dog looks for his owner on a different plane of earth 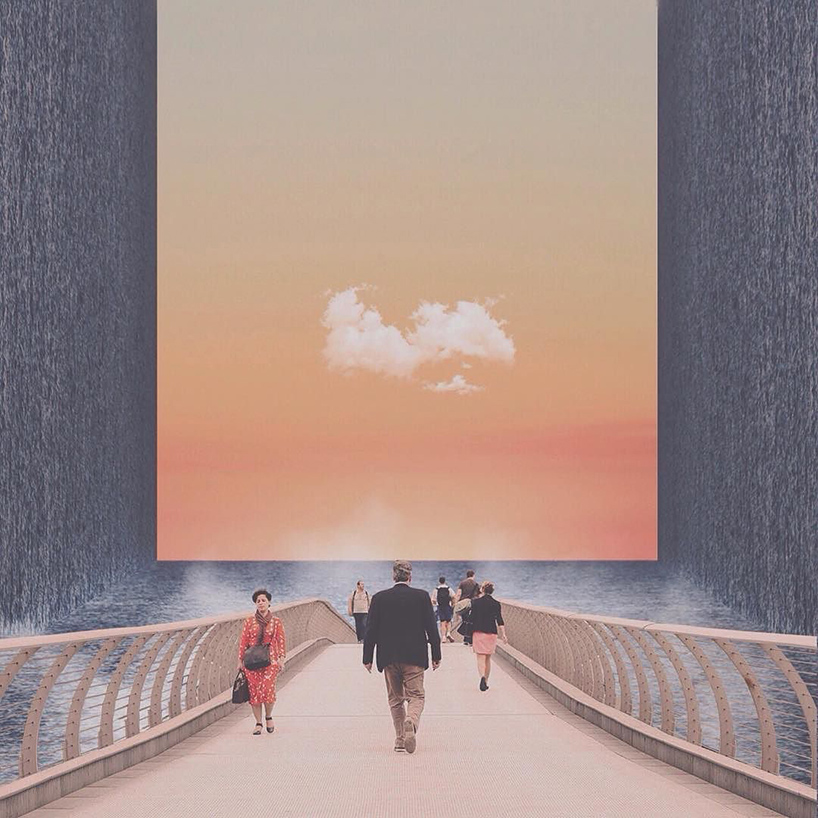 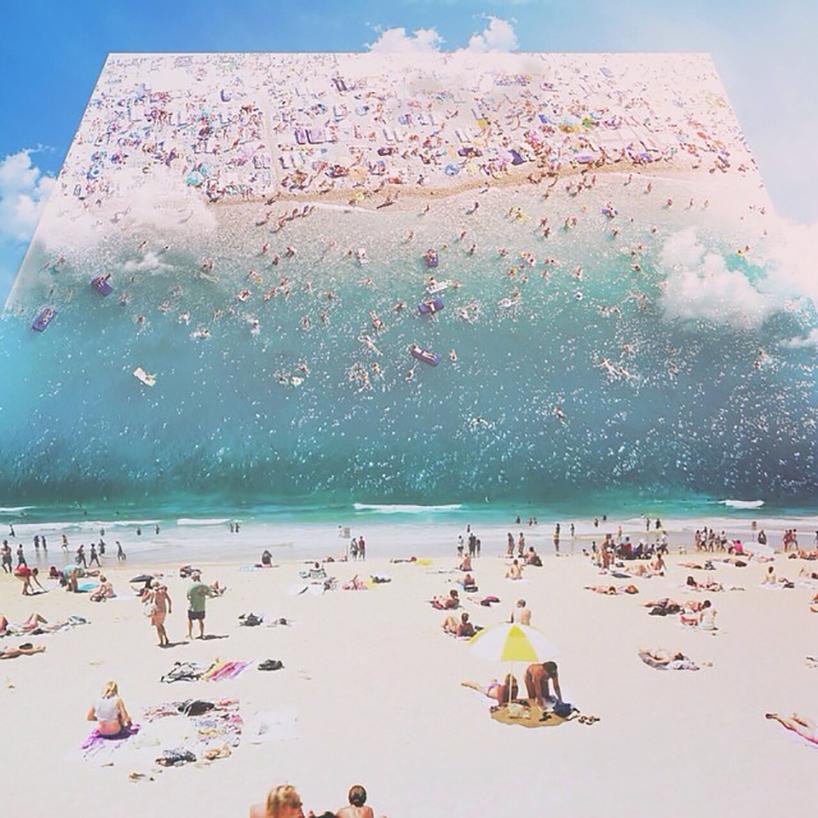 the beach seemingly doubles in half, folding over itself and those on shore 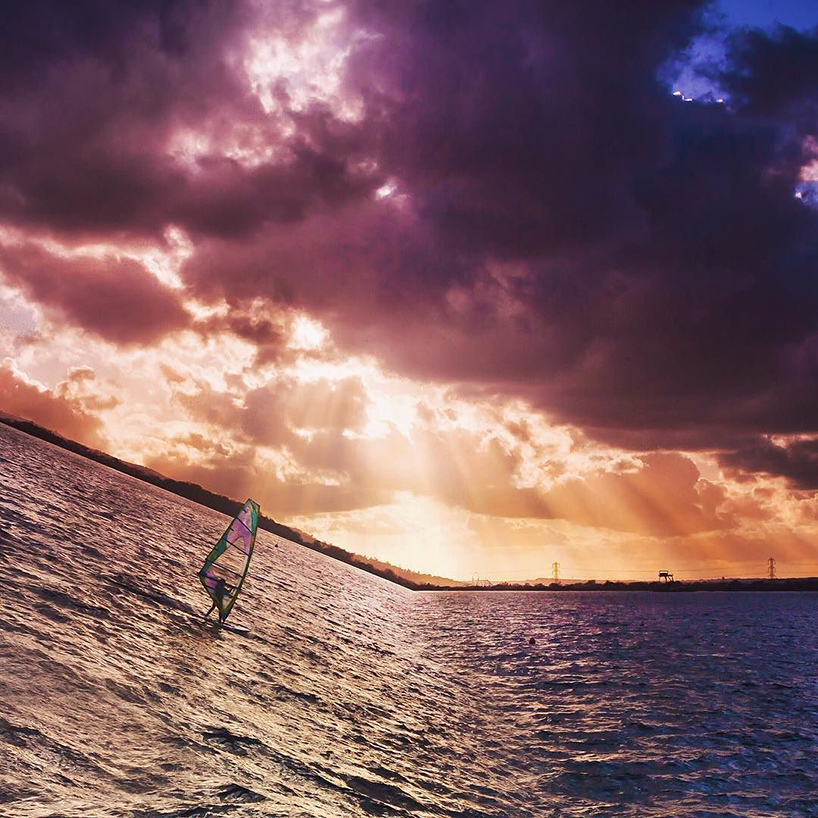 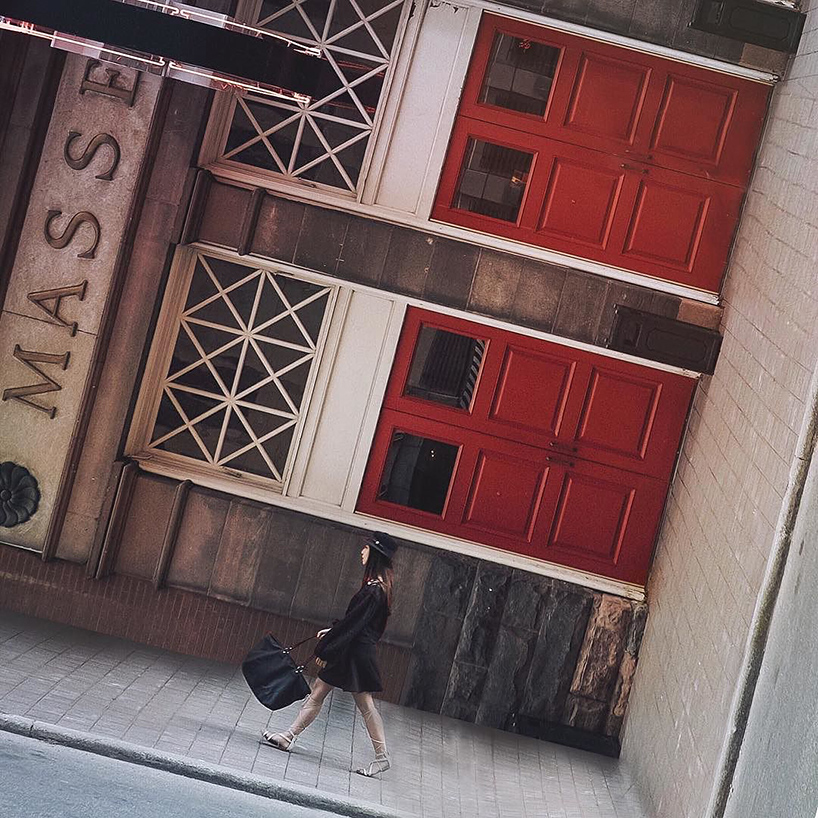 an ordinary street is folded at an angle, forming two gravity-defying paths 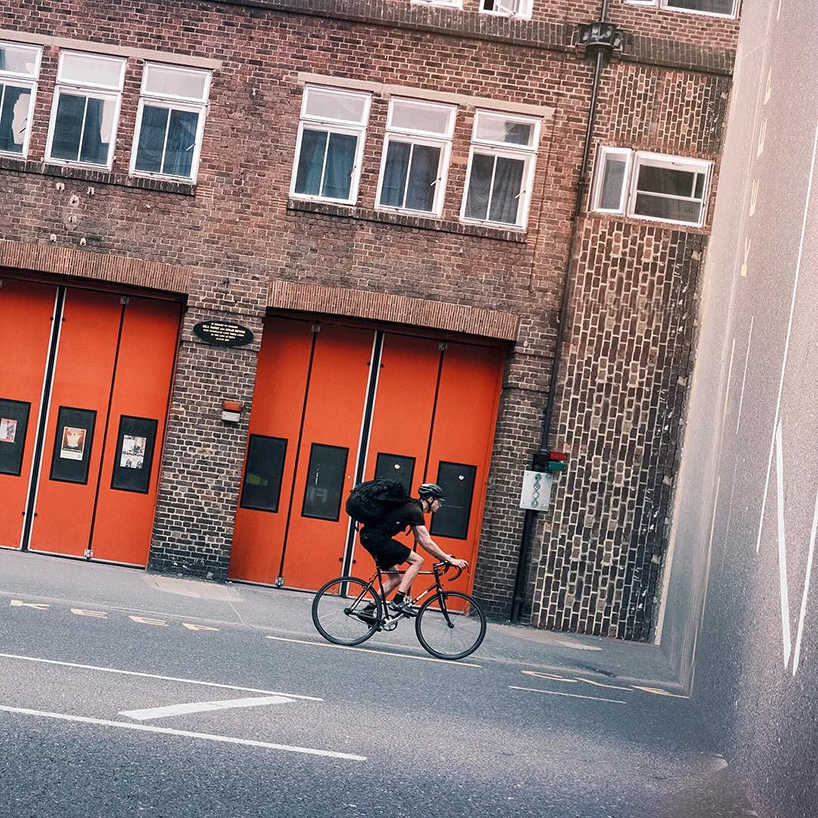