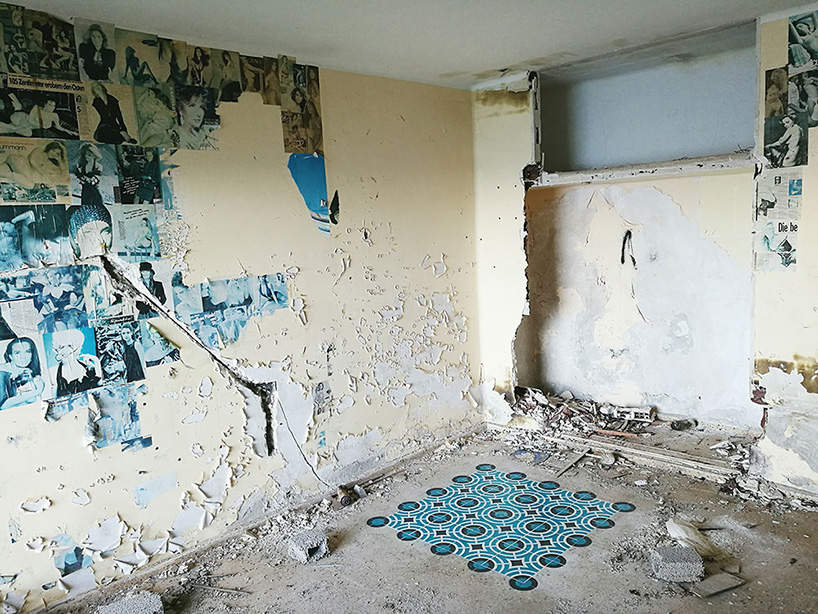 recently, de riba completed work inside an abandoned hotel on the island of tenerife. the series includes a pair of colorful tiled compositions, geometrically organized and spray painted on the ground. the artist continued his patterned faux-tiles imprinted on concrete surfaces in the spanish city of tarragona. in a deteriorated public area, de riba painted a small open square with a vibrant red, blue and white graphic composition, enlivening the previously disused space for the residents and neighbors. finally, in barcelona, a colorful teal and red piece infills the floor of an abandoned building, re-defining the site and changing the perception of this forgotten space. 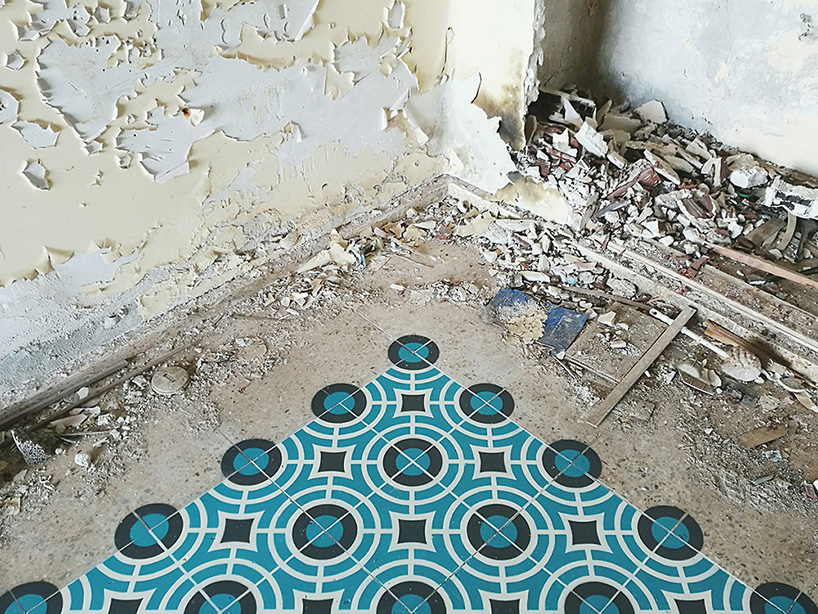 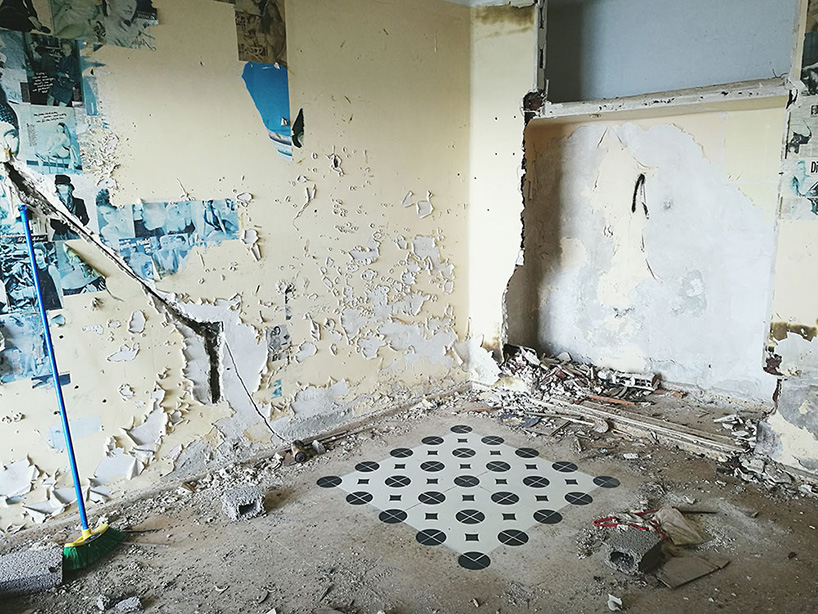 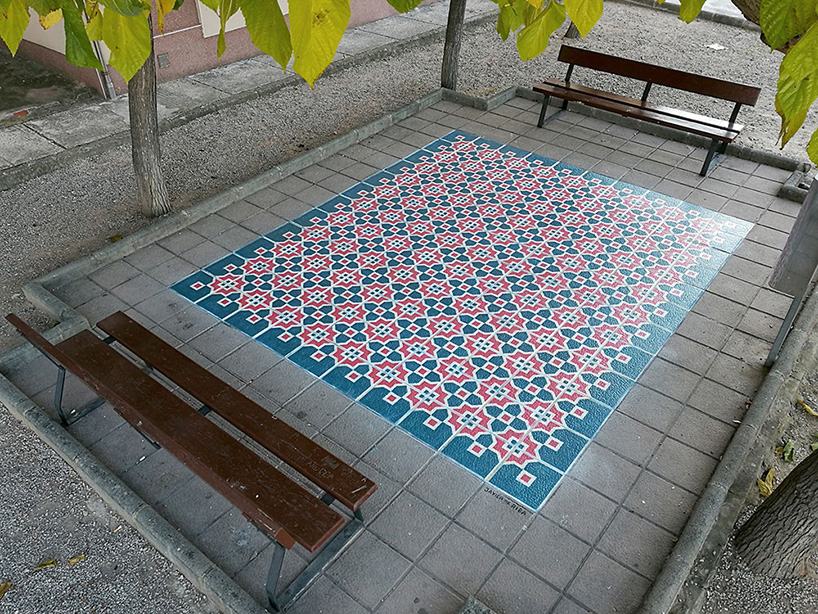 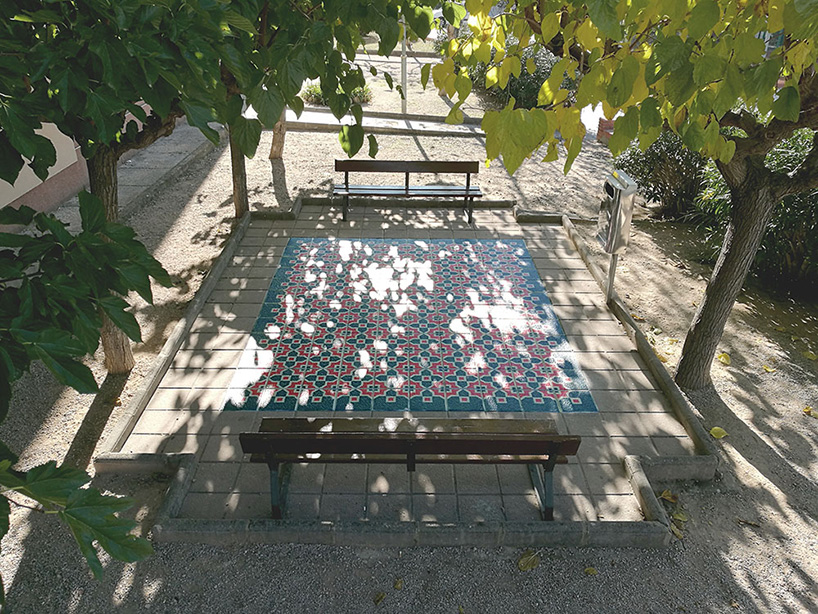 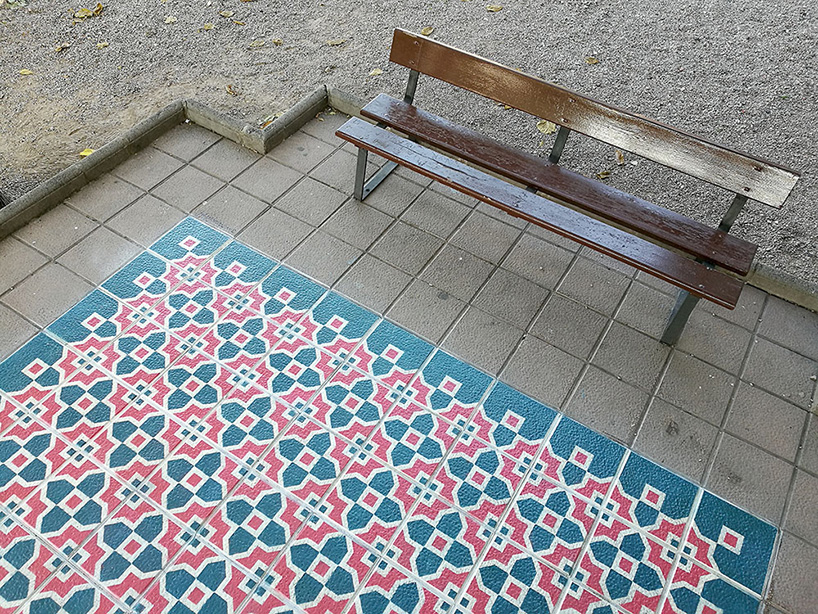 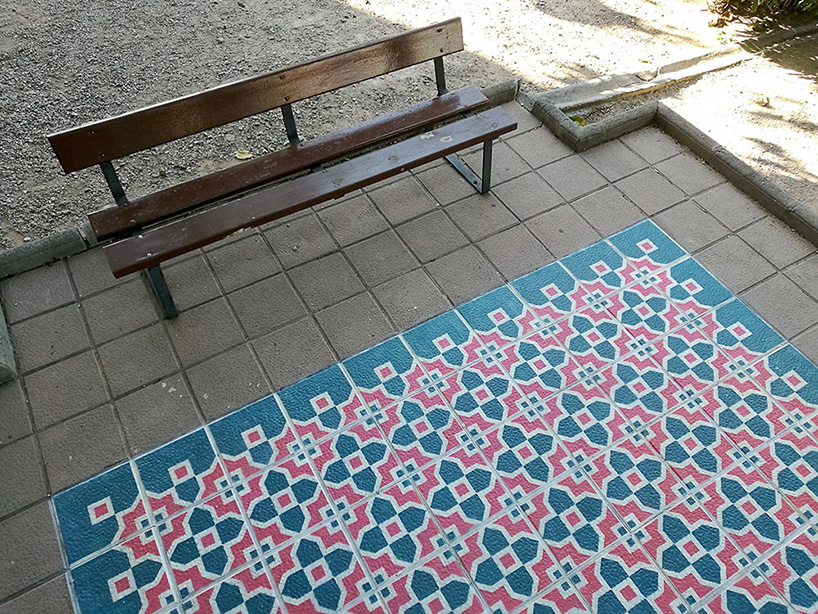 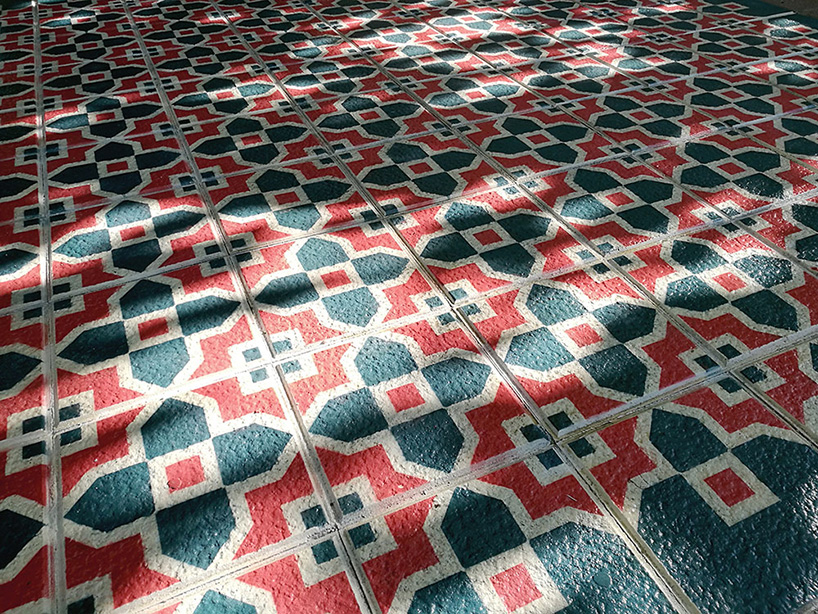 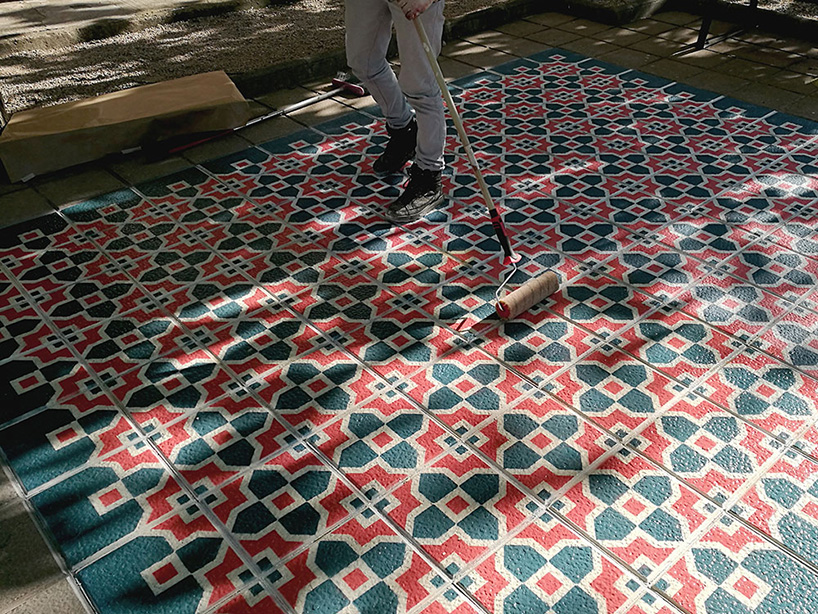 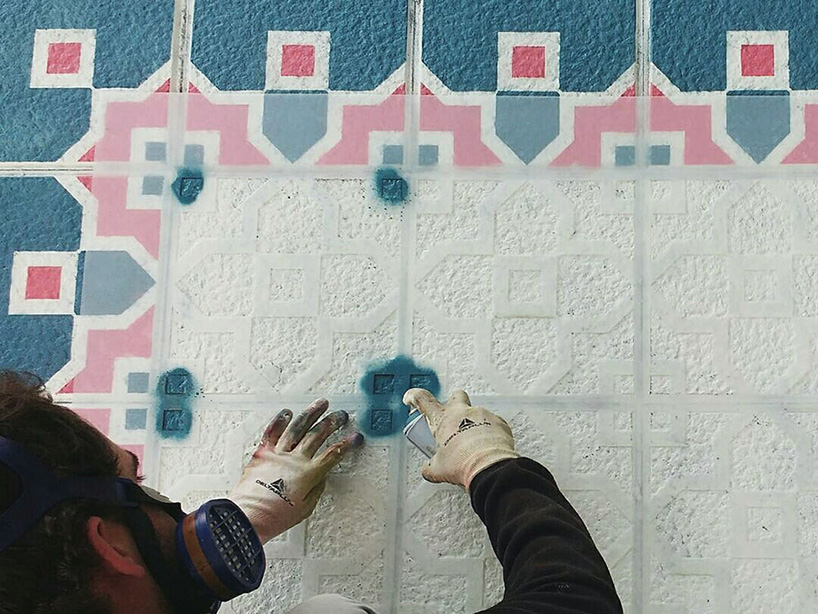 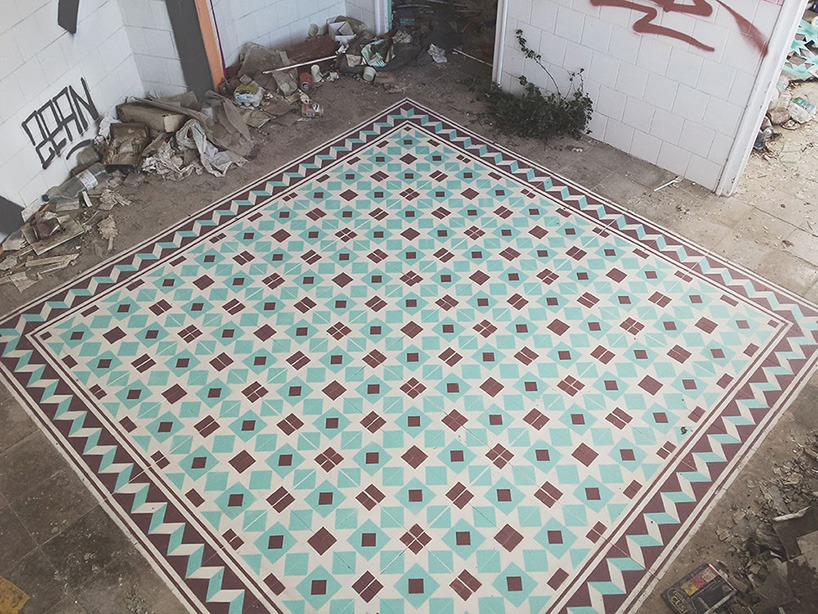 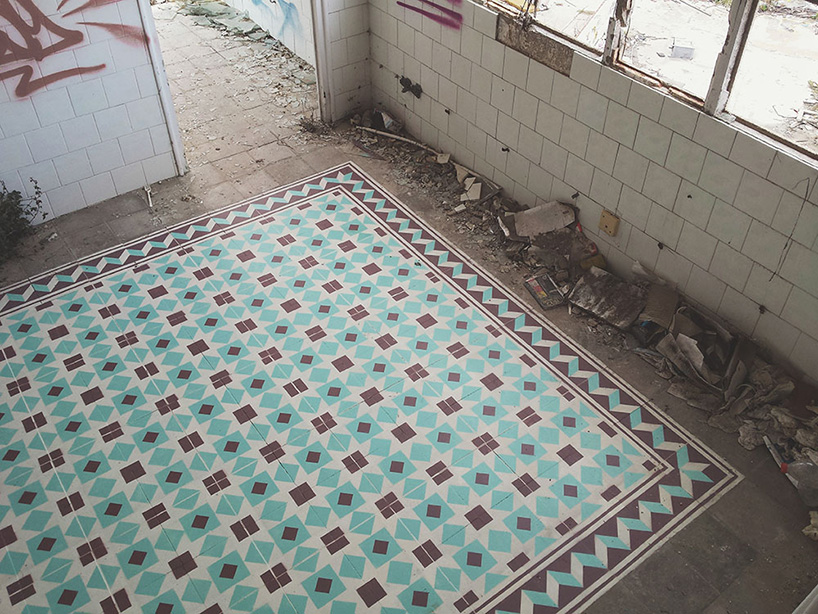 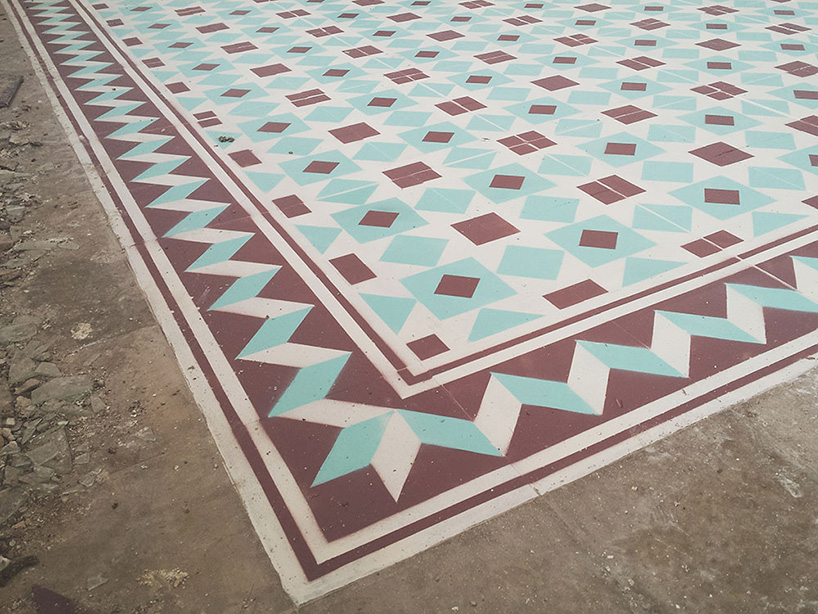 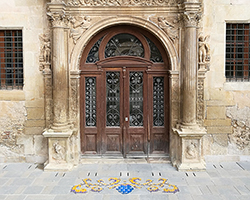 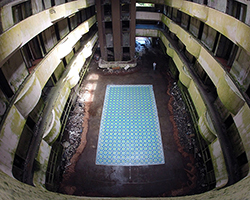 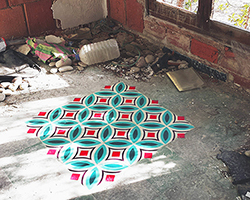