france-based designers jc karich, martin de bie, and martin le tiec have produced the installation, ‘sandbox’, an interface for capturing and sharing short audio clips. composed of light-sensitive voice recording systems buried under the sand, the work encourages visitors to create and bury messages for others to dig up and discover.

‘our main idea was to be able to create rich material that could store data and become a platform for people to exchange secrets and ideas anonymously,’ the designers explain. ‘this project is an example of how natural materials can become a richer interface for playing, creating new ways of communication thanks to a simple interaction.’ 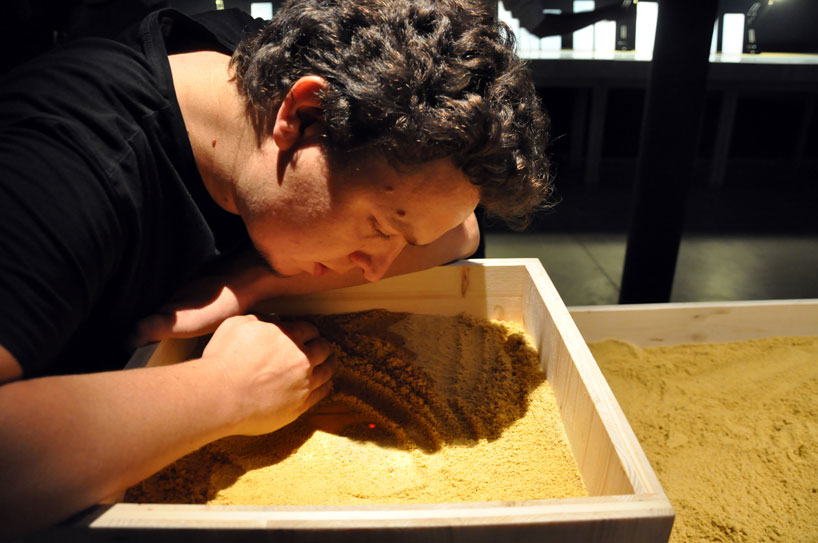 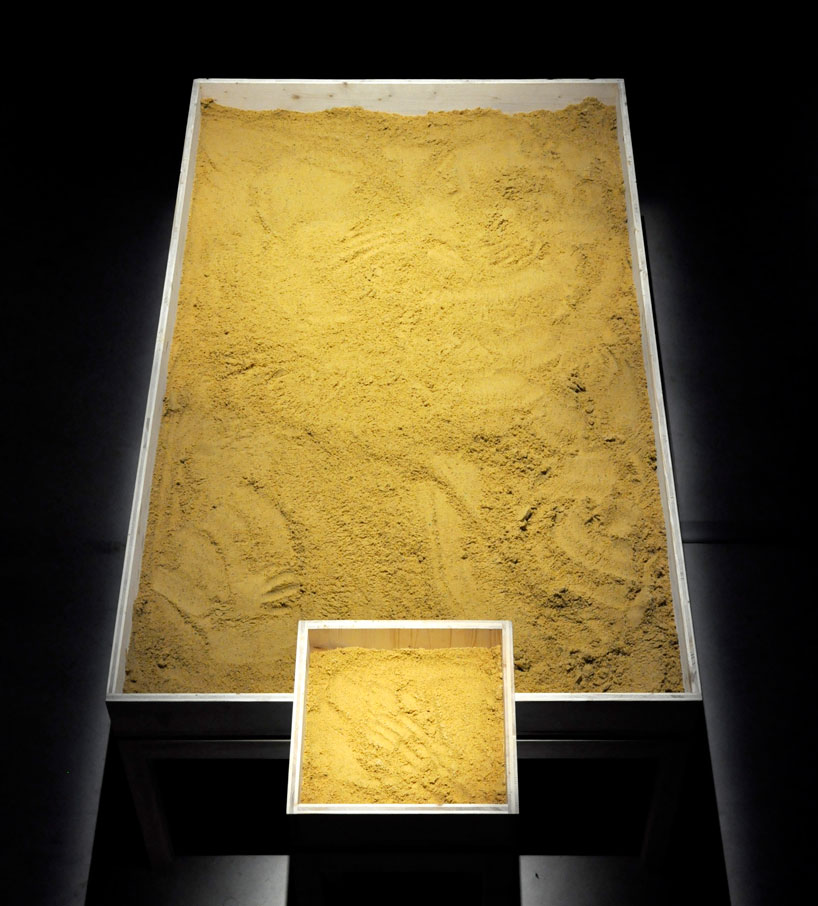 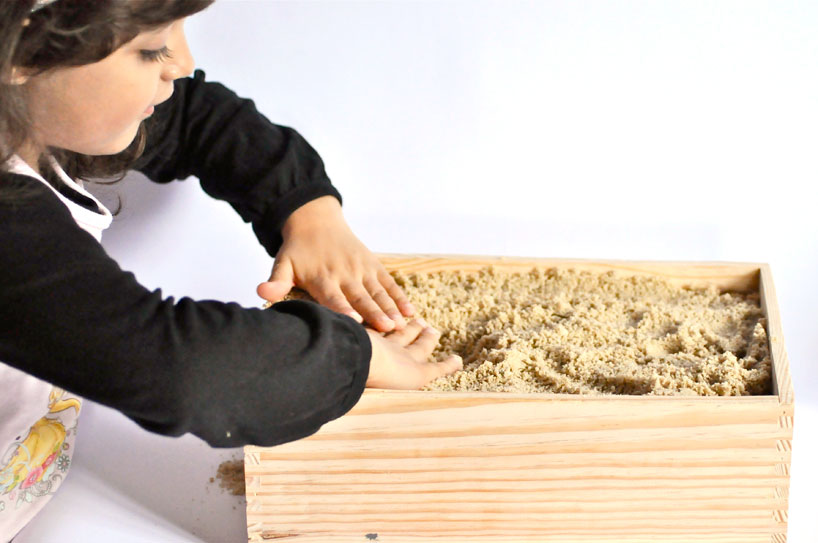 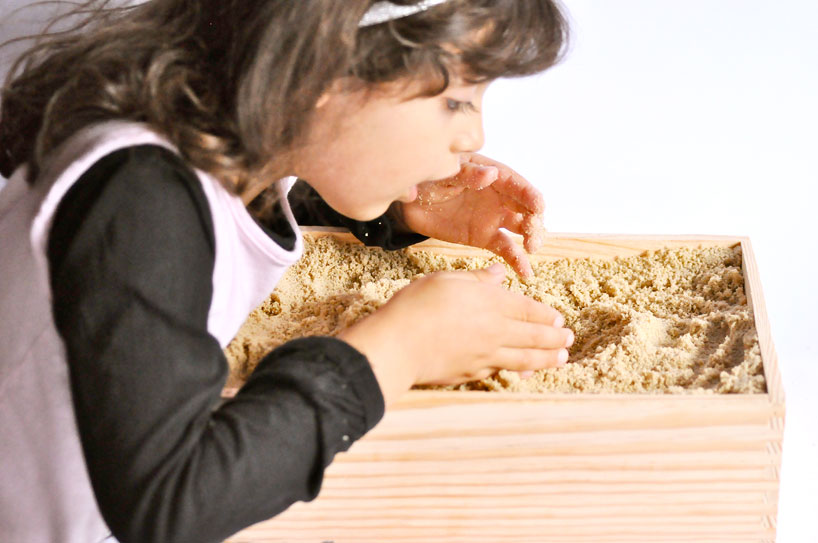 ‘sandbox’ is filled with regular sand but features an electronic and audio layer underneath, composed of an arduinco microprocessor with a voice memory module. this allows multiple control points under the sand, with each including a photocell, LED, microphone, and speaker. when the point is revealed, the LDR photocell triggers the recording mechanism if the voice memory module is empty. if not, it plays the last message recorded and stored.

the project was conceived during a ‘hybrid materials’ workshop and realized as part of designlab, a showcase of karich, de bie, and 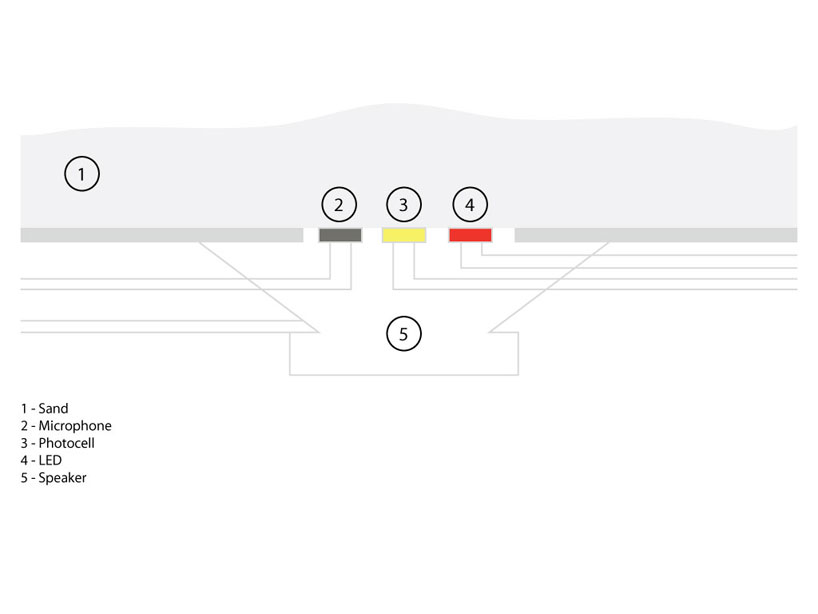 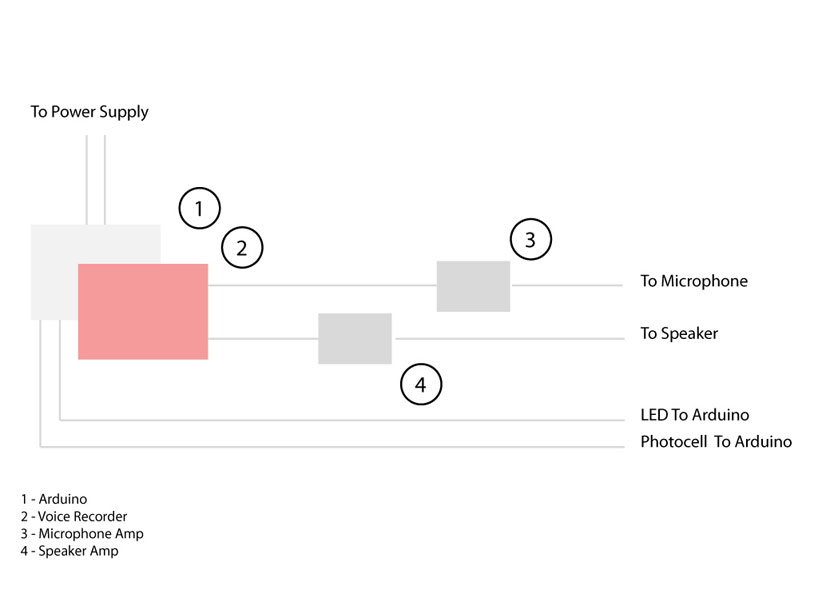