california-based photographer jean-paul bourdier has sent designboom images of his collection of photographs entitled ‘bodyscapes’, of which he is gathering funding for a book of 240 works titled ‘leap into the blue’ in a kickstarter campaign you can find here. bourdier concentrates on the beauty and geometry of the human body, combining landscape and flesh as a canvas to create a visual union, with all of the images having been shot on site in analog photography, without the use of digital manipulation.

he explains his understanding, motivation and expression of the human form behind his compositions:

‘arising in each visual event conceived are the geometries generated by the body as a determinant of ‘negative space’— not the background of the figure and the field surrounding it, but the space that makes composition and framing possible in photography. as an organizer of space, the body also serves as a primary measuring unit, by which one perceives and constructs one’s environment. such an approach can be linked to the practices of literally using the body as a first unit of measurement, which were not only common to the building of vernacular architecture around the world but were also at work in the temples of India, Egypt and Greece, for example.’

intersecting many disciplines – photography, sculpture, performance, dance, land art, body art, design and acrobatics – the artist creates and choreographs each vibrant piece with a strong philosophy directing each scene, using the medium of photography, known to capture the ‘real’, to achieve the seemingly impossible, with thoughtful and surreal outcomes:

‘in working with the bare and painted body, I am also working with the demands and challenges of a body-mind state that I call ‘not two—many twos’. for example, without clothes the body regains its undivided primary nature, being intricately part of the forces of the universe. one and many. the visual works I come up with are thus a continual experiment of how we physically, rhythmically relate to this universe from the specific, intimate bodyhouse.’

the ‘bodyscapes’ project, to now be documented in a publication, establishes a clear and unadulterated reverence to something shared by all, creating corporeal experiences that extend beyond to that of the natural cosmos and defining the sometimes forgotten innate relationship with the two. 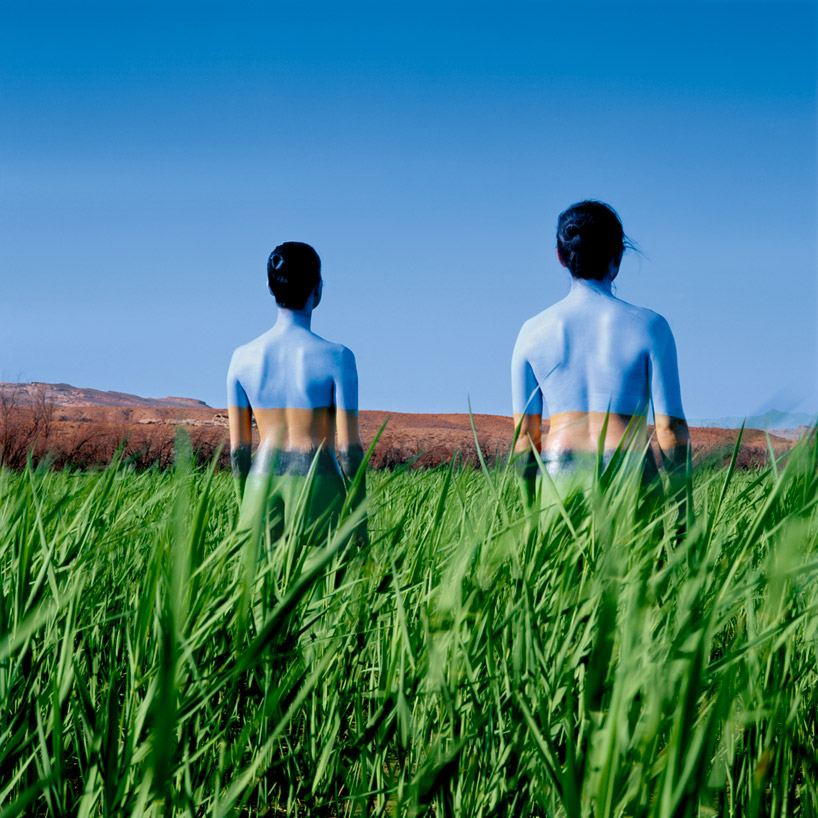 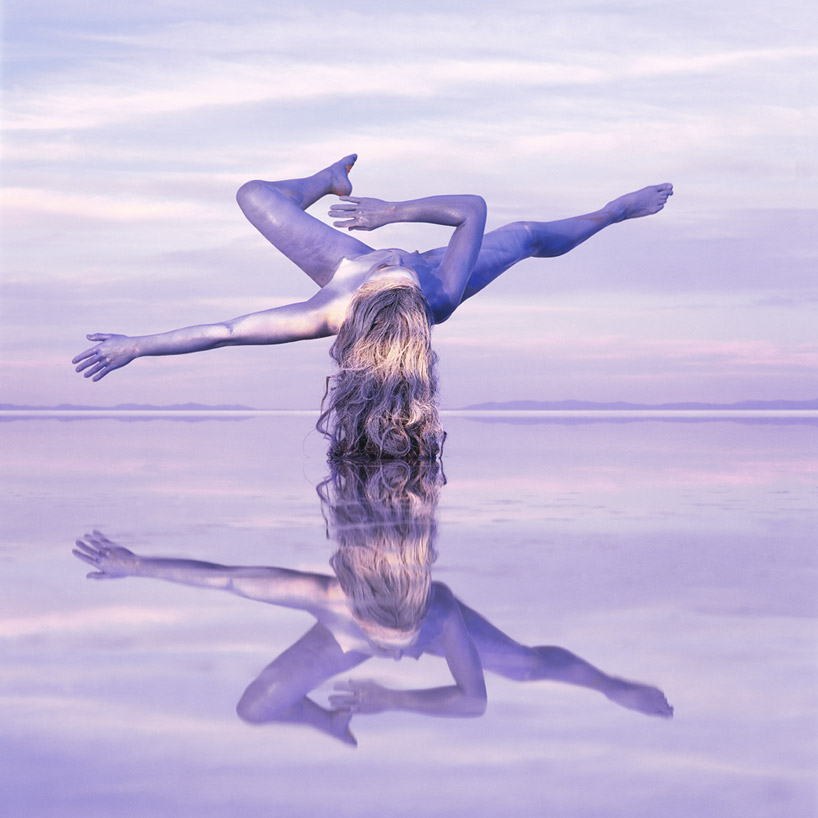 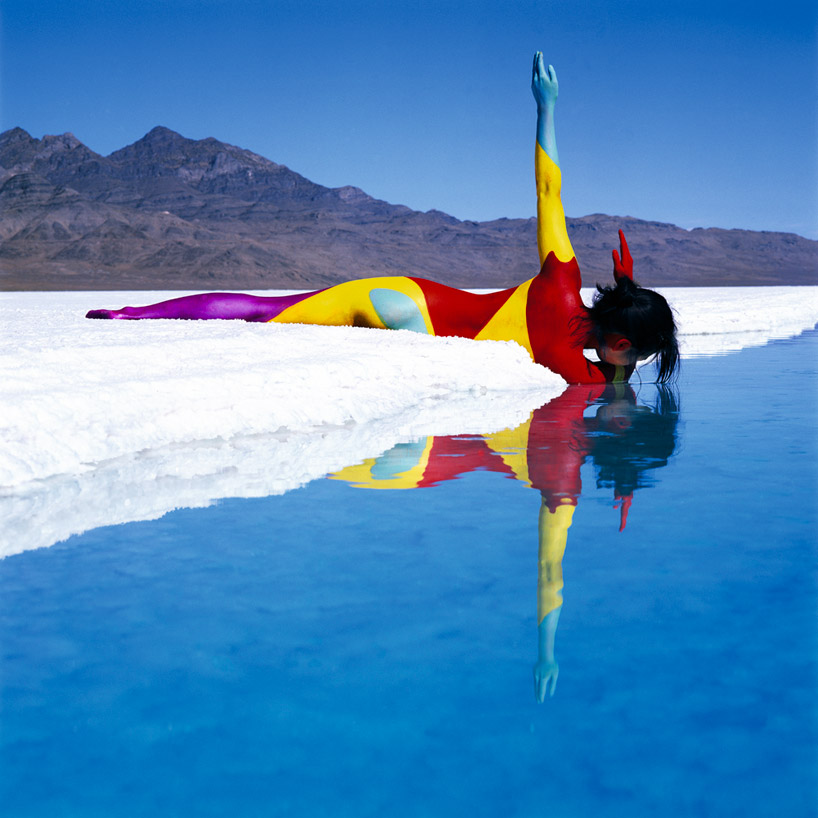 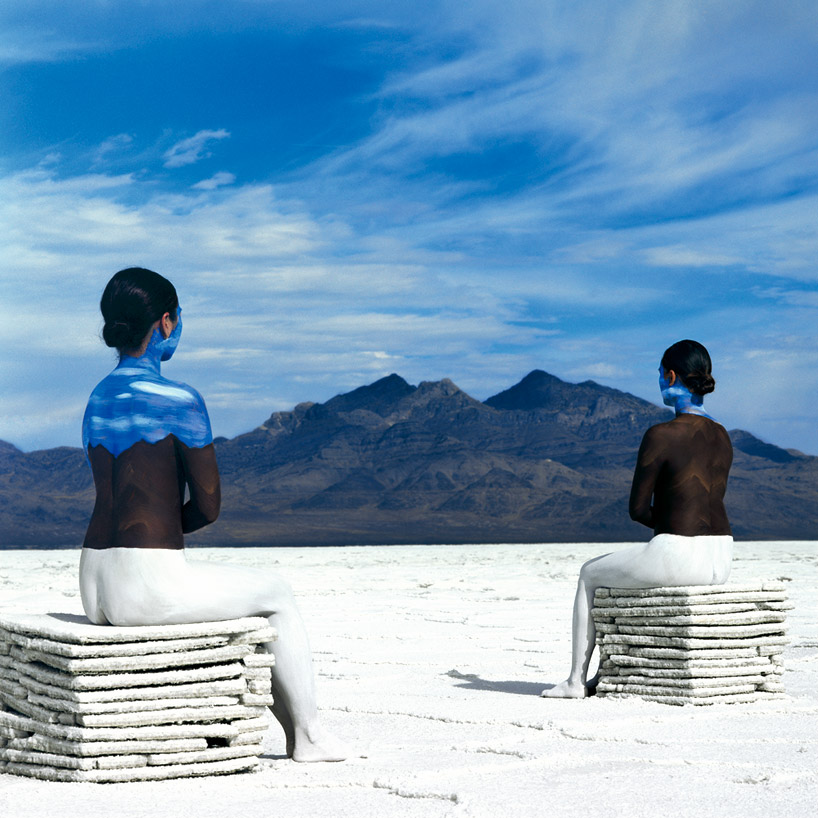 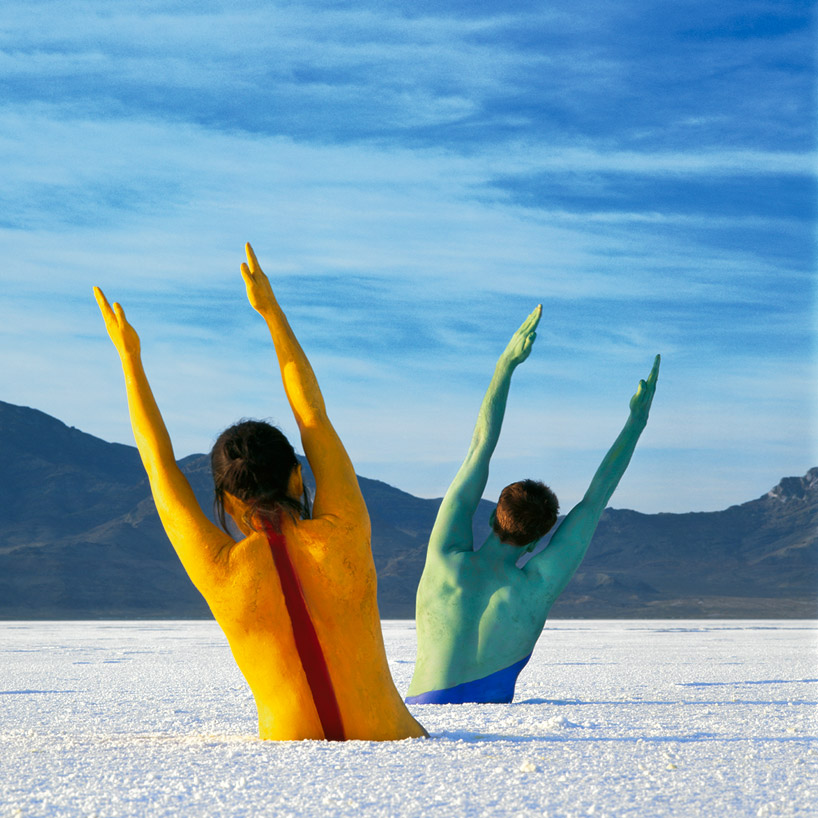 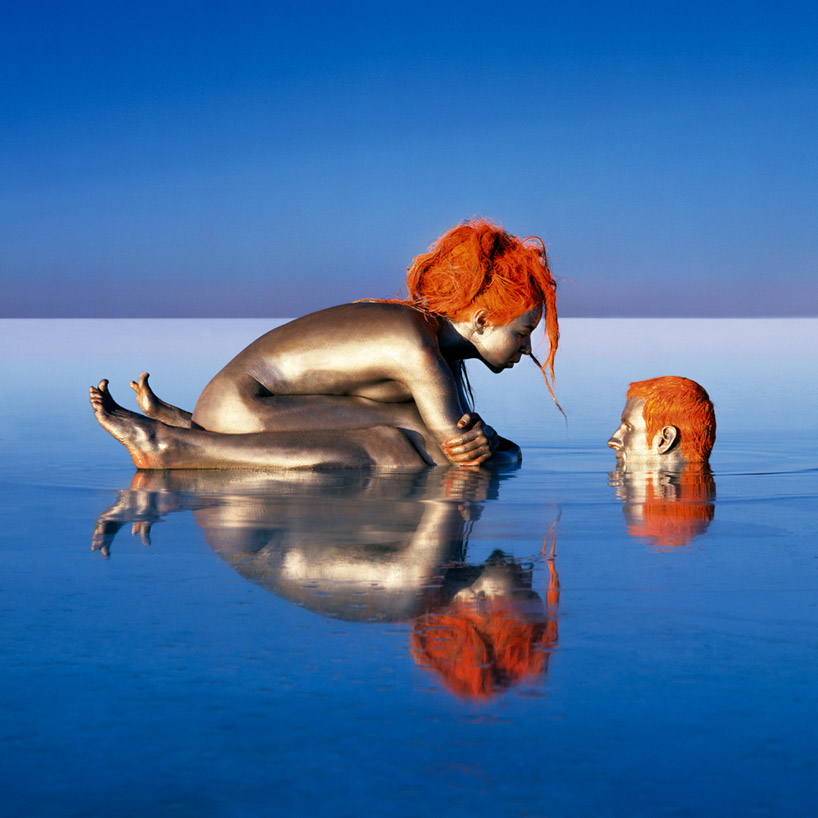 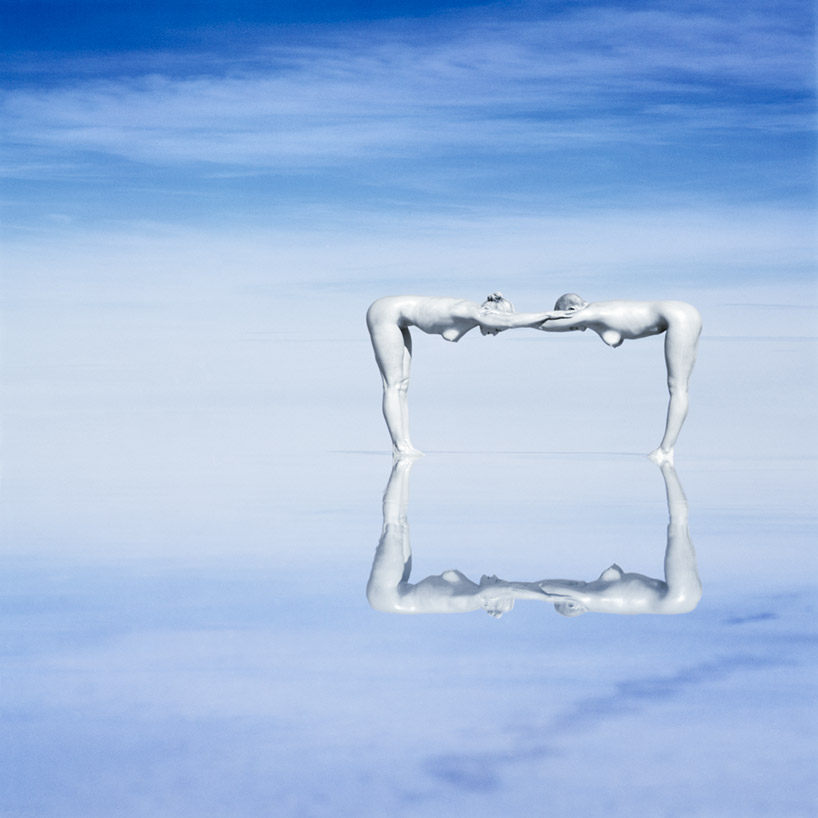 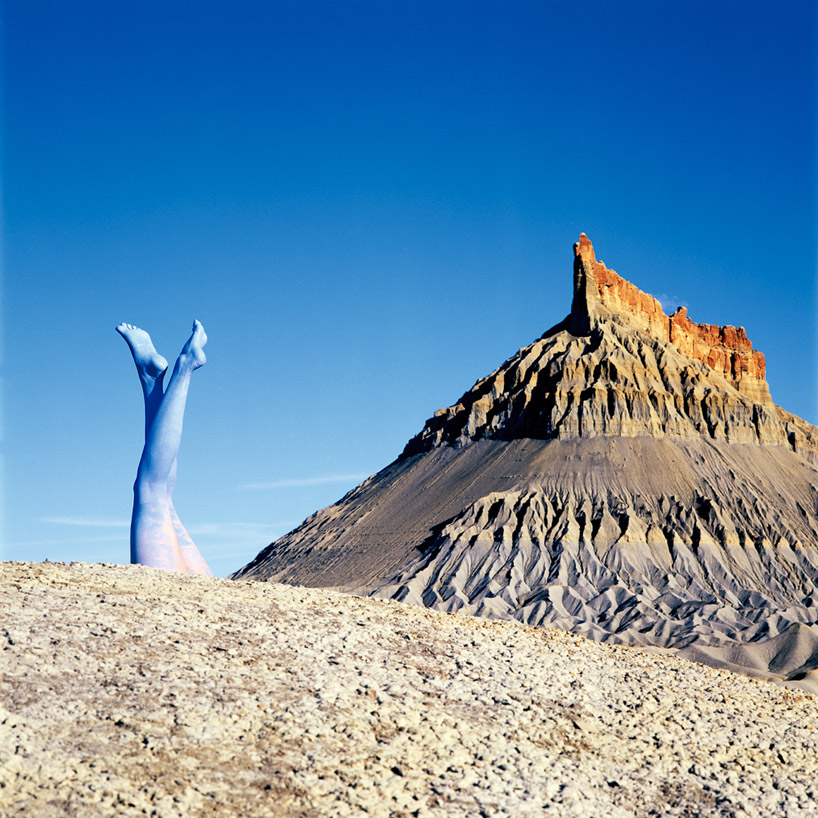 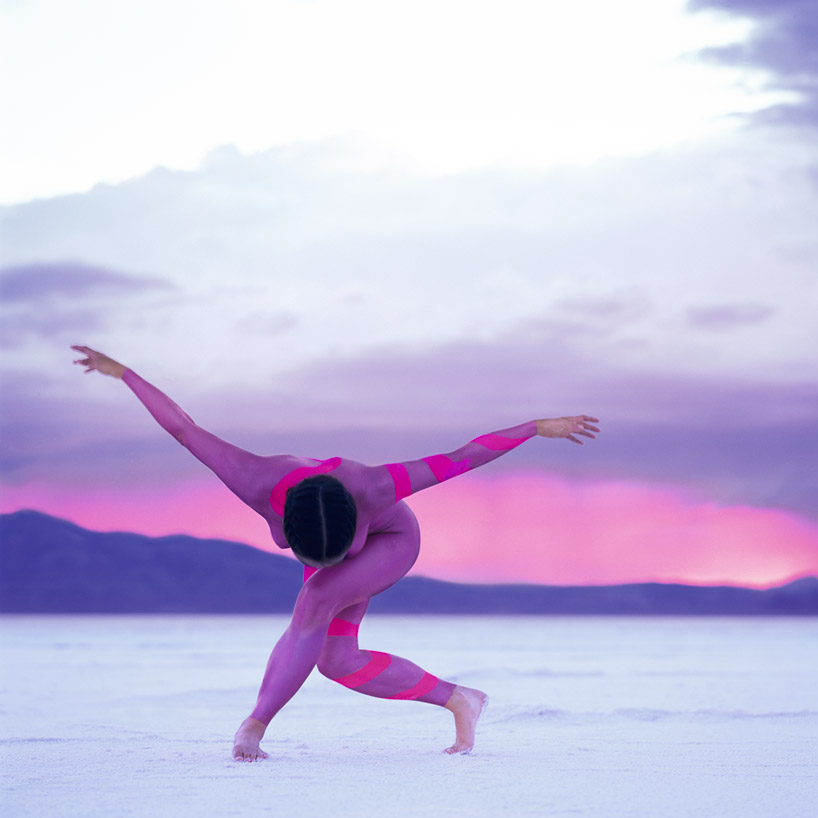