jean-pierre raynaud is the fifth artist to be invited by the MAMO and ora ito (marseille modulor) to exhibit within the art centre which is located on the top of la cité radieuse – a housing residence in marseille, france designed by le corbusier in 1952. following in the footsteps of xavier veilhan, daniel buren, dan graham and felice varini, the french artist was welcomed to exhibit his work both inside and on the exterior exhibition space on top of the building. 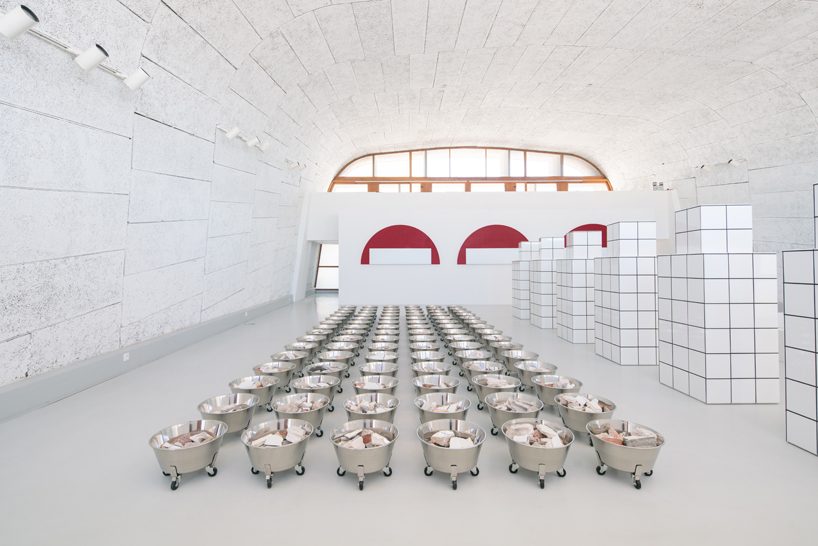 for the MAMO, the french artist conceived a single gesture, a single piece. a monumental 17m arrow, placed horizontally upon the terrace, pointing towards the gymnasium ‘I have made an exhibition for the birds, not for people. this rooftop terrace reminds me of an aircraft carrier, a landing strip for flying saucers, I wish to see it from above. the arrow, black like a shadow, will point to the MAMO, containing my treasures, a series of works fundamental to the history of my career. the arrow says ‘its here this is where its happening’ but its also saying ‘its me’, as an acceptable form of vanity, as a from of ambition and not pretension. I lay a sign upon the architecture to confront it to my personal scale’. 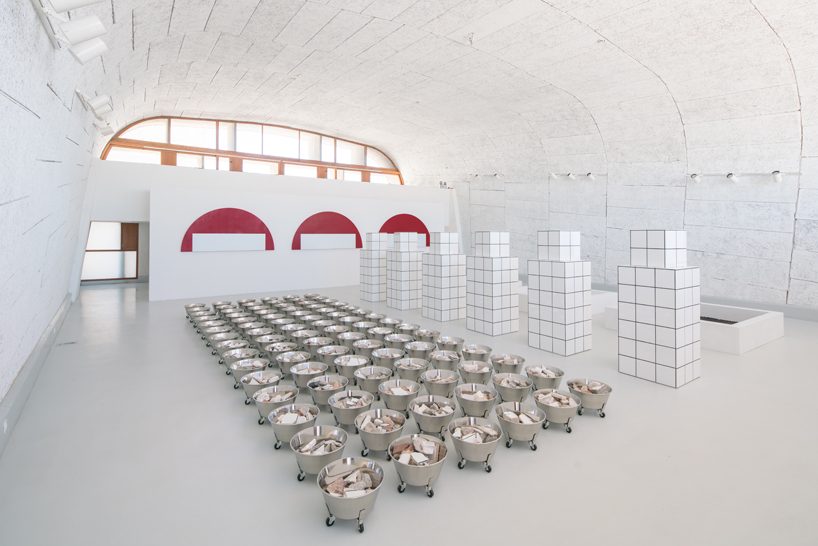 this intervention is inspired by his formal research with ‘no limit’ in belgium, a steel arrow 18m in length placed upon its tip, a gesture questioning our ability to reach beyond reality with our dreams. MAMO will exhibit a retrospective of jean-pierre raynaud’s work, amongst which a series of self-portraits, ‘100 containers of household waste’, ‘3 cuves’ (1968), ‘3 sens interdits’ and the projection of ‘la maison de jean-pierre raynaud’, a film by michelle porte, (31 min / 1993). 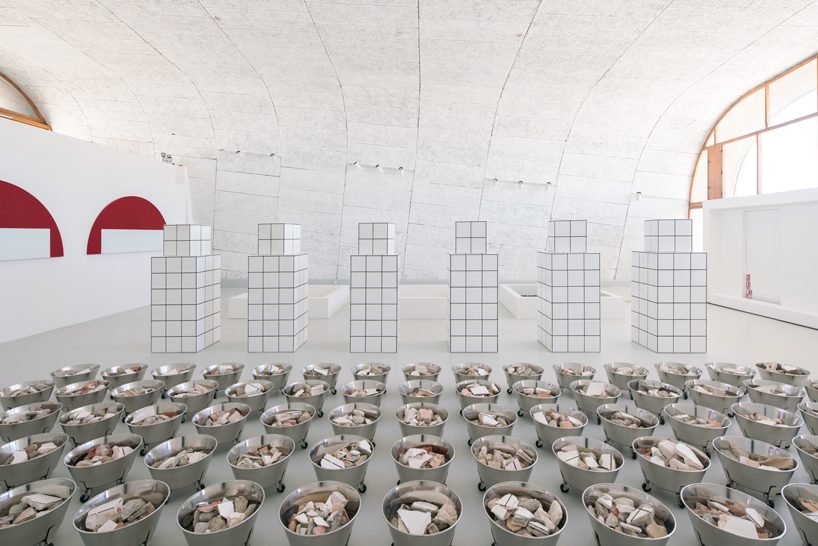 ‘an arrow is first and foremost a mark of man; inscribed upon cave-walls it is one of the oldest signs of written language. the arrow is a weapon, but also a direction. finally, the arrow indicates a specific place, marking a difference. it is not insignificant that man uses it to say ‘here’ ‘I am the marker’, inscribed as a sign to capture space. the ambition is huge, boundless. the marked place becomes unique through this artistic gesture’. jean-pierre raynaud, 2011 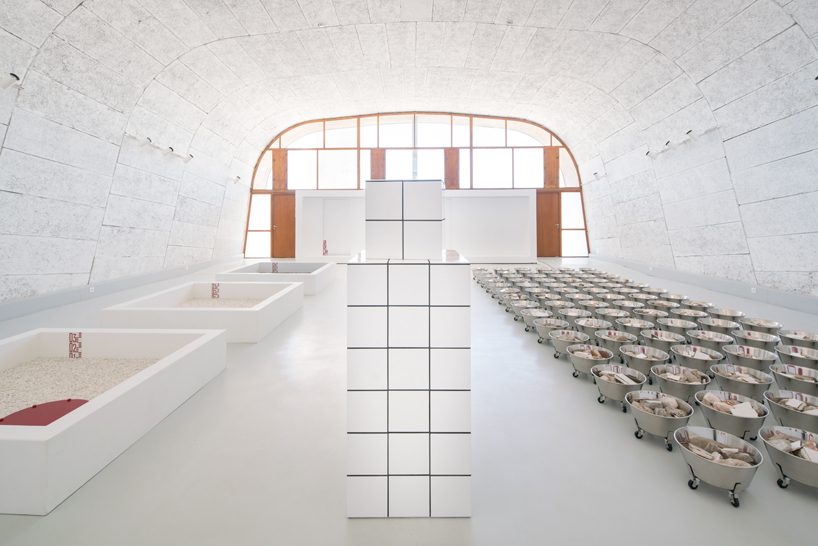 renowned designer ora ito who initiated the creation of the MAMO art centre states that the artist has managed to offer a new perspective upon the space. ‘with his monumental arrow, to be seen from the sky, he makes us lift off, placing the terrace up in the sky. his selection of retrospective works are a fabulous gift. the public will discover a rare and powerful career.’

with the support of longchamp, jean-pierre raynaud’s work will be on display at the MAMO until october 1st 2017. 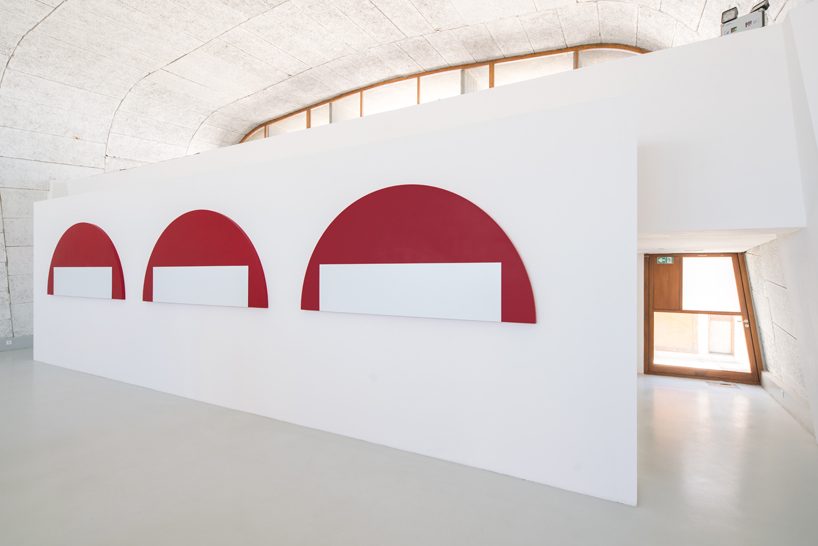 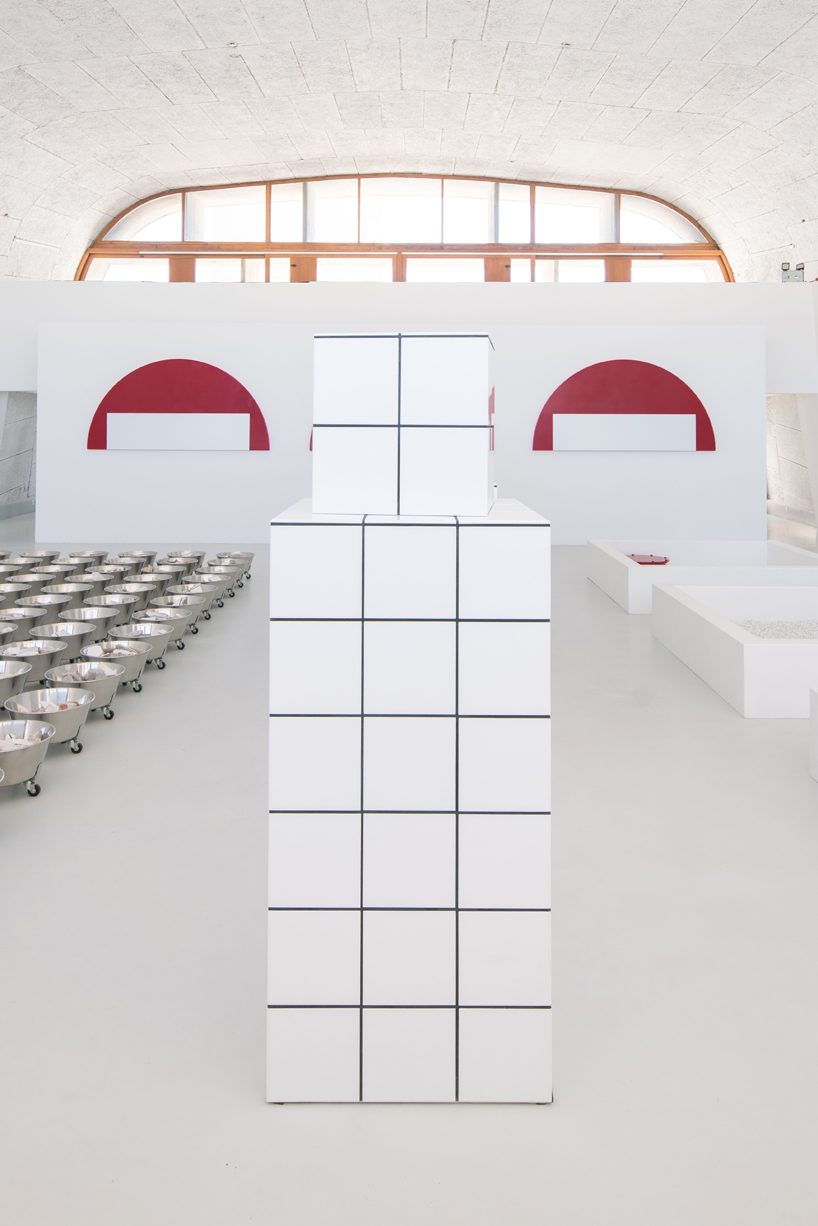 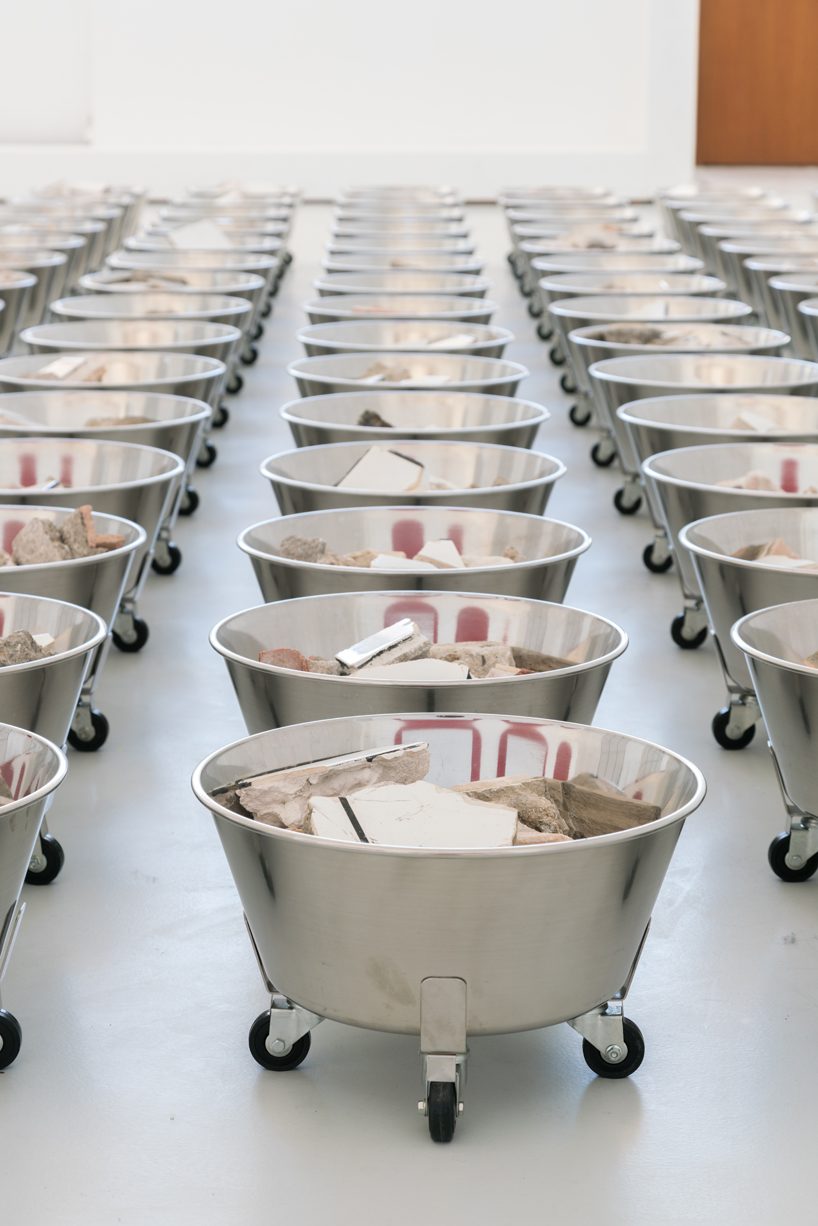 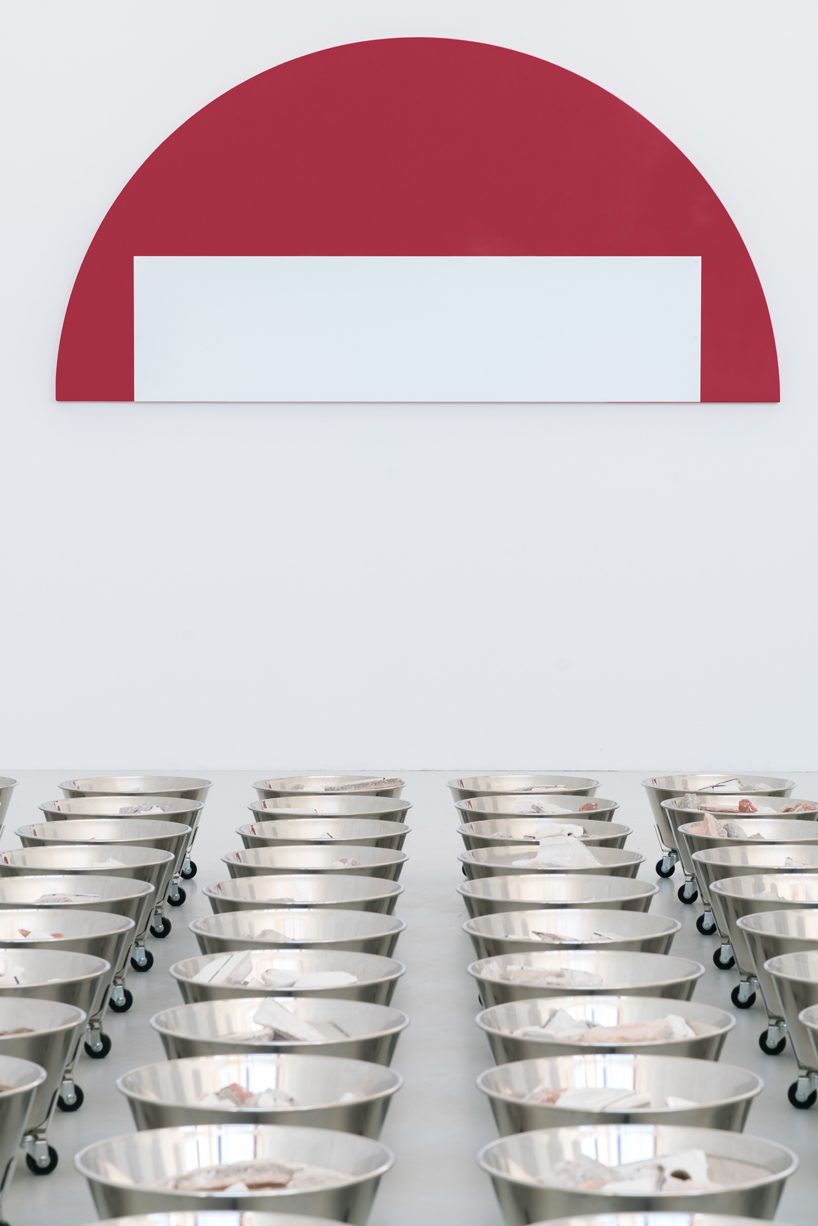 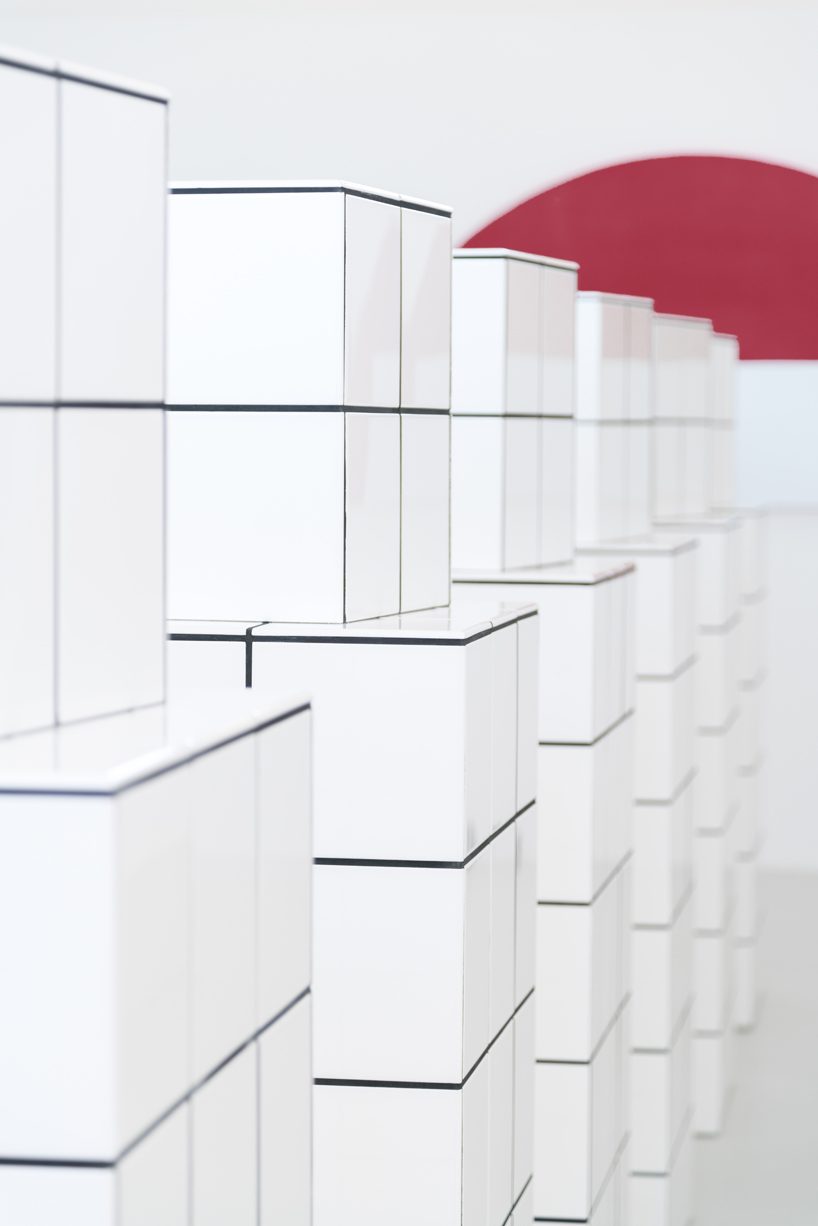 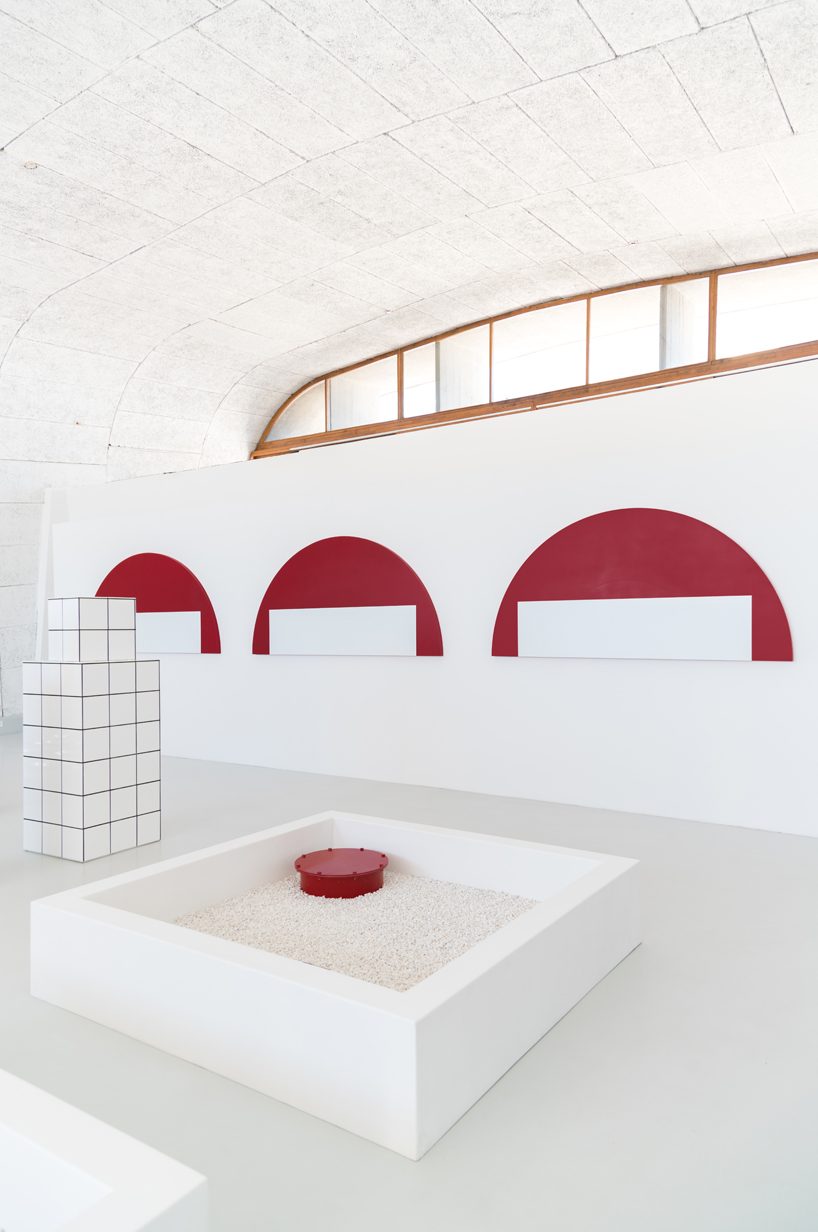 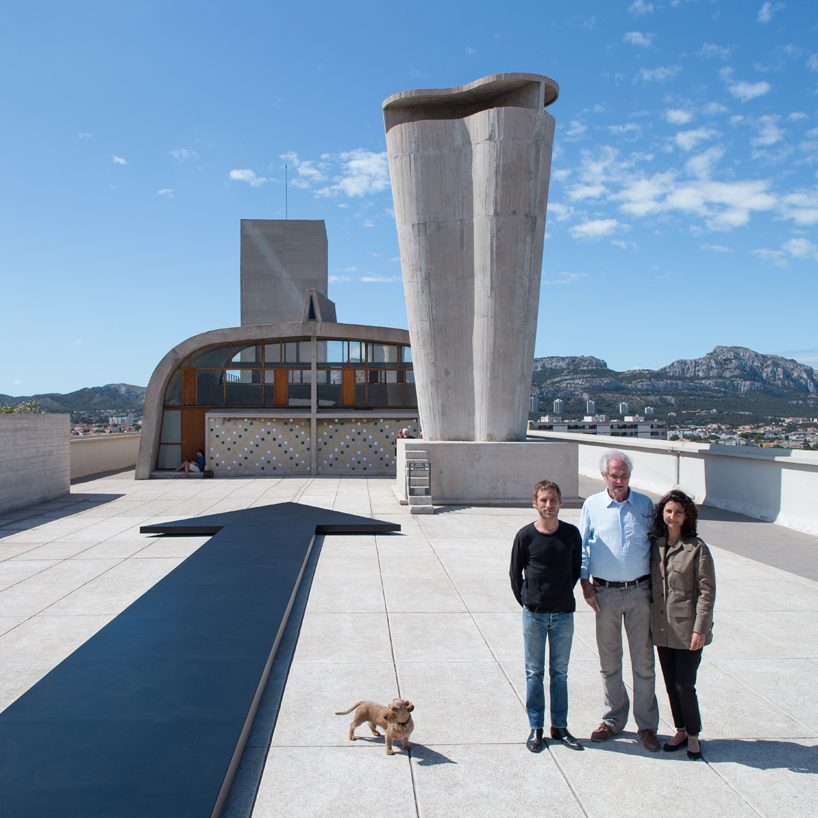 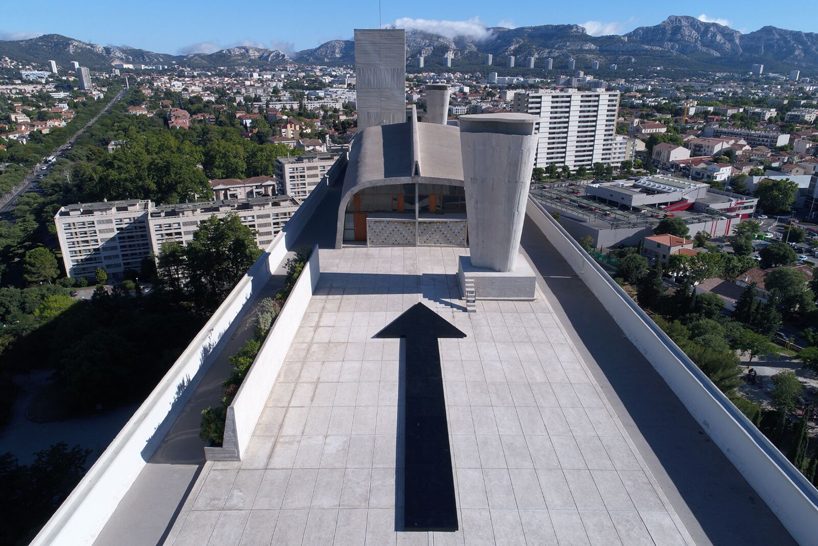 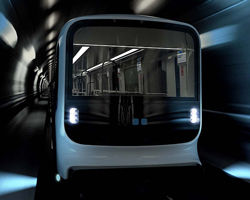 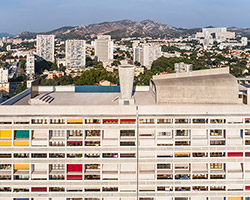