photographs of the plants and a list of their characteristics- a herbarium of dried plants, alongside their scientific descriptions and analyses image © designboom

‘quadra medicinale’ begins with a basic research project in which the artist asked four aquaintances who live or work in a large city – villeurbanne, new york, moscow and brussels to carry out. each of them delineated one square kilometre and within that surface, searched for twelve wild plants that grow in the streets, in order to explore the basic components of their immediate surroundings. the result of this research is an inventory of ordinary plants, so called ‘weeds’, which are very often edible or medicinal plants with special properties.

the presentation in the pavillion consists of photographs of the plants and a list of their characteristics; a herbarium of dried plants, alongside their scientific descriptions and analyses. maps of the four cities indicate the places where the plants can be found. geys presents large drawings, which are graphical/artistic interpretations of the plants’ appearance. 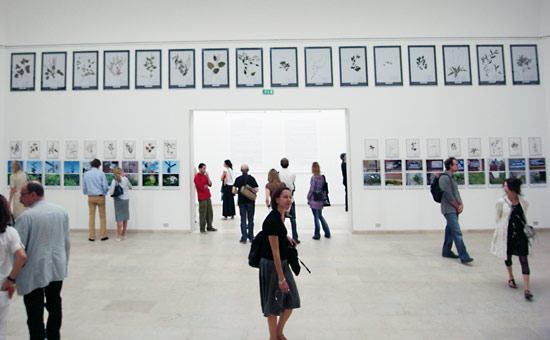 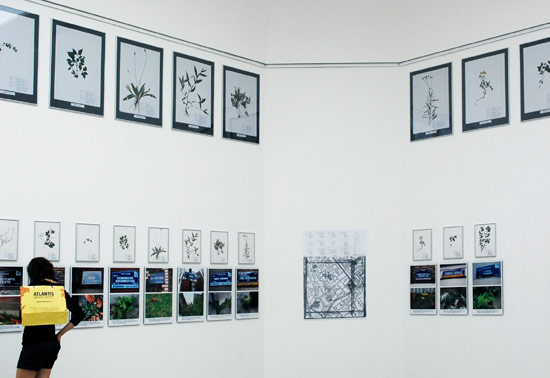 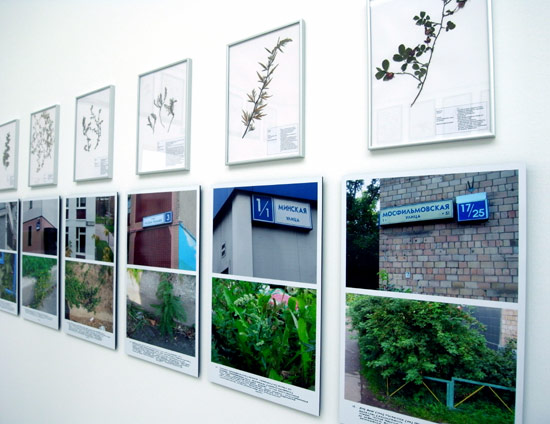 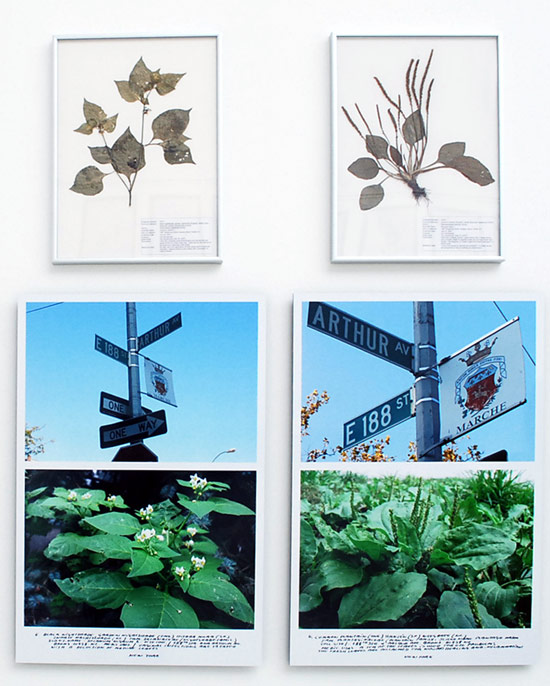 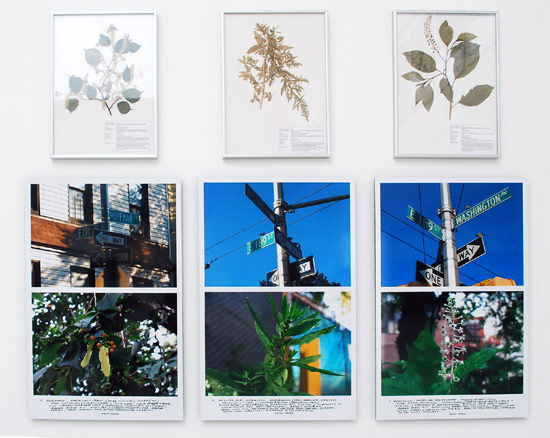 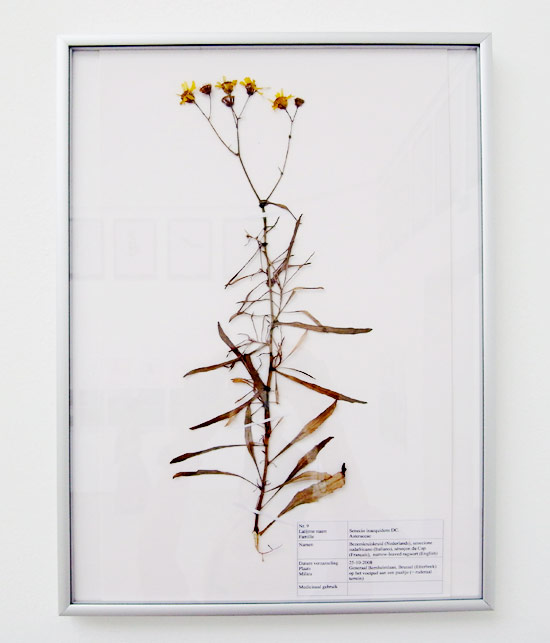 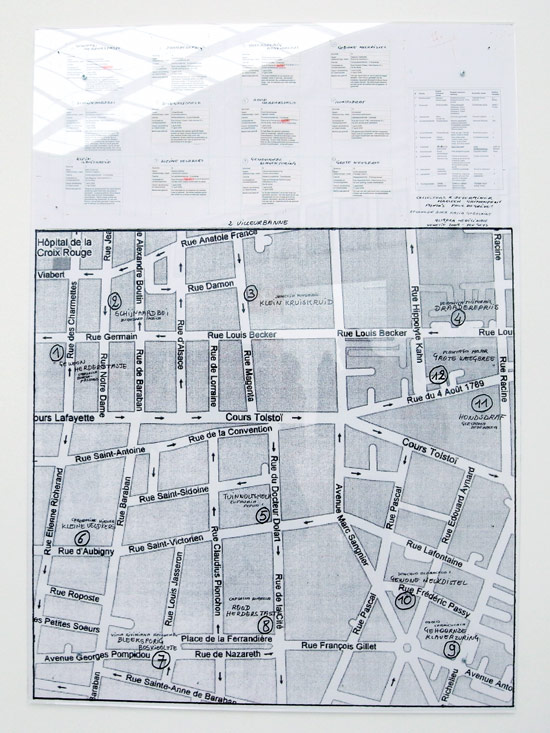 a map of brussels where the plants can be foundimage © designboom 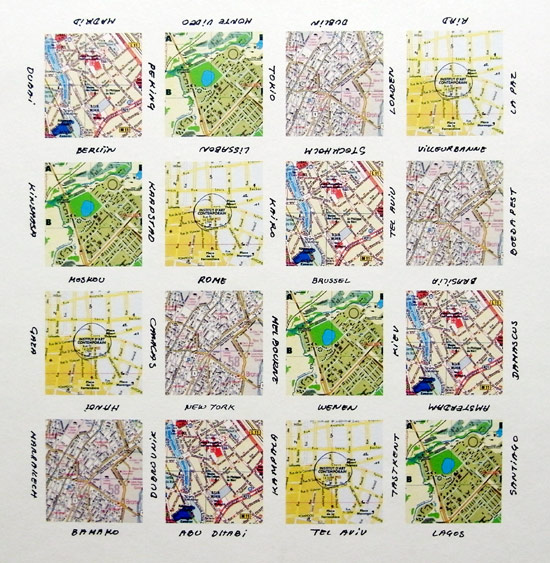 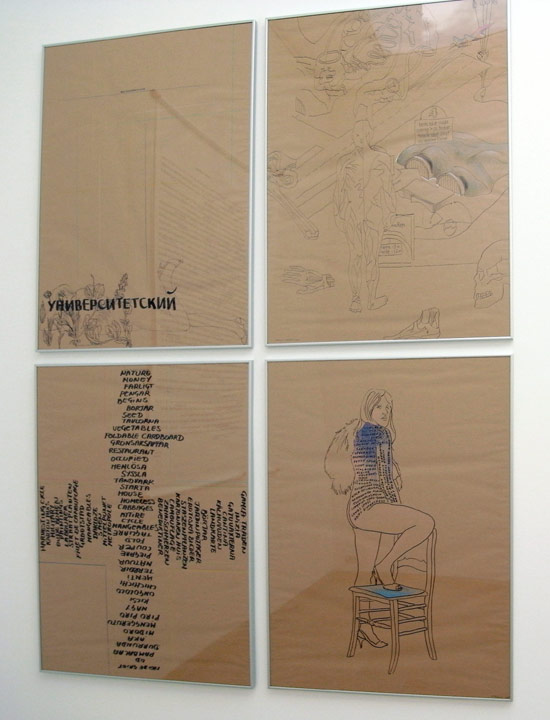 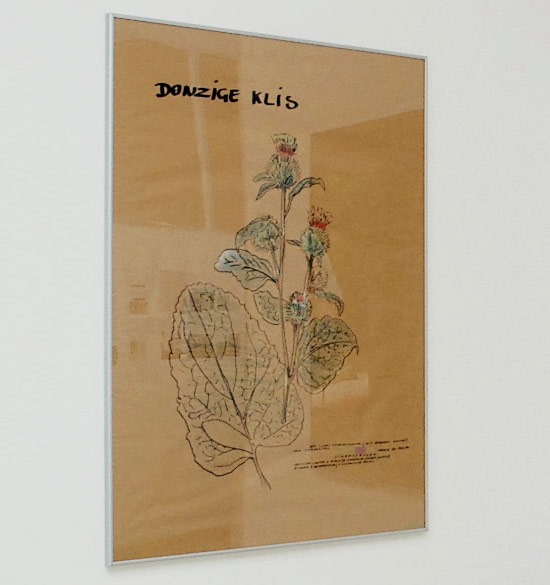 a drawing of a plant image © designboom 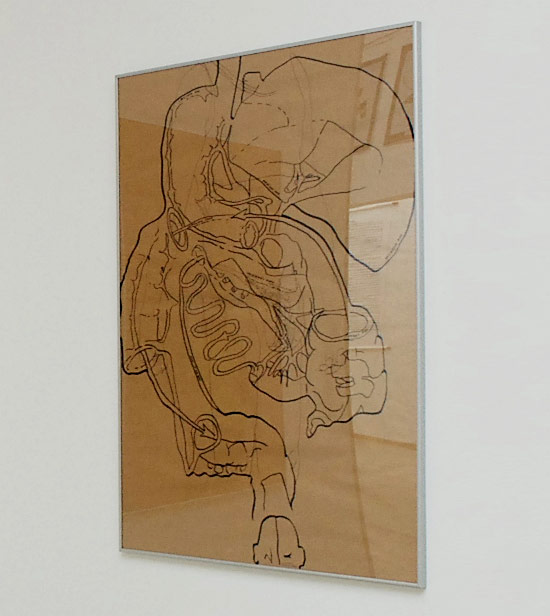 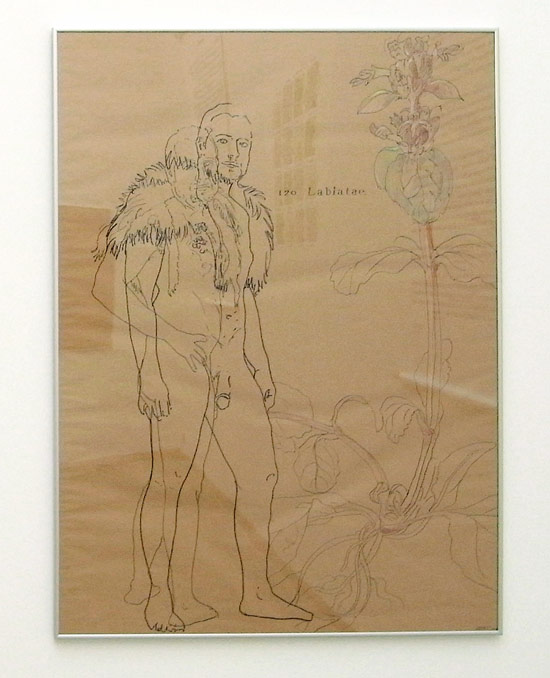 the project is accompanied by a special edition of the ‘kempens information journal’ which gives an overview of 53 of geys’ projects dating from the late 1950’s on.

in 1971, geys took charge of the house to house journal, the kempens information journal. since then he has made a special edition for each of his exhibitions. in venice, he distributes a massive stock of 150 000 newspapers. the original intention was to make an edible newspaper in order to literally fulfill the paradigm of human sciences according to which ‘knowledge is food’ while testing the cradle to cradle slogan ‘ rubbish is food’, but new technologies don’t yet enable this kind of food. 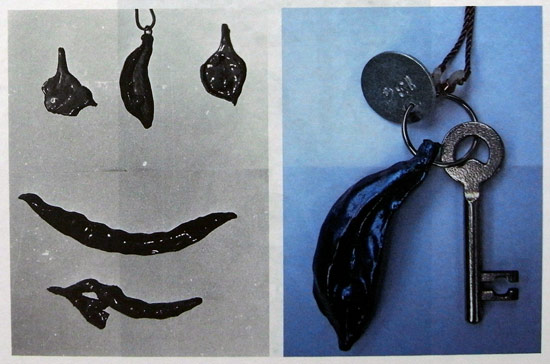 ceramic fruits (2009, p.32, kempens information journal)jef geys: ‘ the fruits that I’ve made in ceramic are the basic fruits of my series: apple, peas, string beans, etc. I exchanged the string bean with johan lievens for the poem ‘ the banan’. 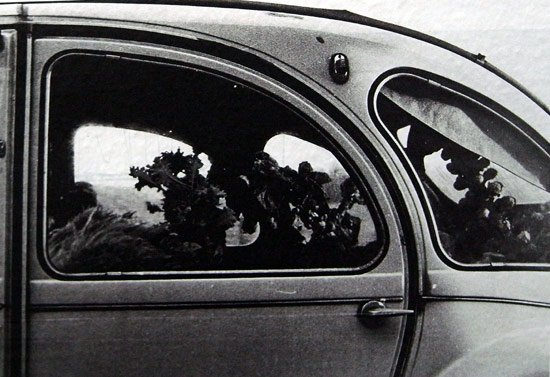 jef geys: ‘after my harvest and plant cycle and during the transformation of gallery kontact antwerp into a greengrocery and bakery, my garden plants began to become really ‘obsessional’ and I had to remove myself; from this obsession. my solution: to drive round for a week with packaged cabbaged (primarily brussels sprouts) with a family of cabbages on the back seat of my citroen 2CV with the intention of letting them see the ‘hinterland.’ 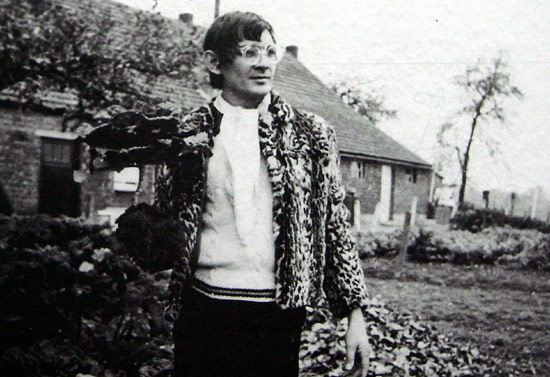 jef geys: ‘dealing with the garden occurrence was pure sentimentality. of you are working in your garden, you are occupied in your garden! nothing more but certainly nothing less. but if you are going to ask yourself too many questions then you are missing the point. you must just goto your garden, digging planting and harvesting there.’ 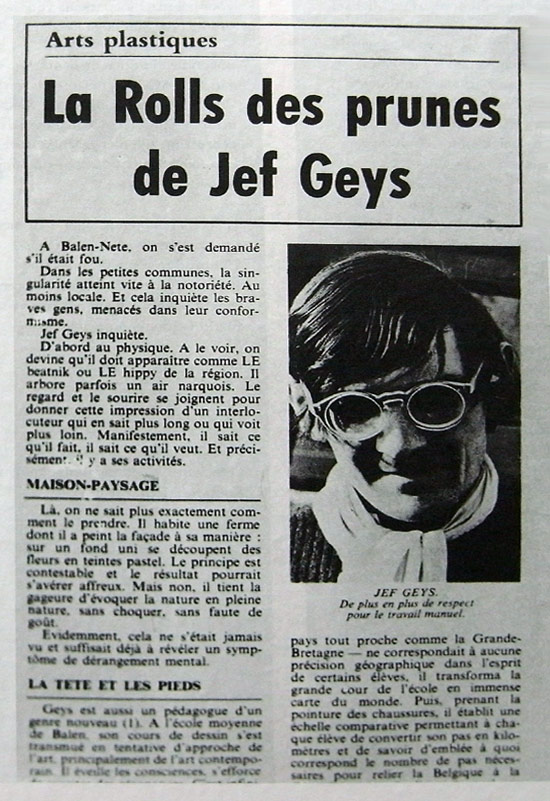 jef geys: ‘because we have the habit, if we buy or steal something, to aim for the category that hovers just above our social status: the workman looks up to what the boss has, the poor person to the rich, etc. you must learn that there is a difference between the converted BMW where I don’t know for which reason a pair of knitted dice and a little smoke-tree hang on the rear-view mirror and the racing green bentley showroom in 1962. if there are differences here then it is also so with the plums: there must be a rolls between the plums: how does that look?’

jef geys :‘after my plough-intervention at the end of the 1960s and my ‘quadra plant’, ‘corporate image’ pori project the middlheim decides to do a run: as a notion the traces that had been left behind by a wedding ring that had become too small left on the finger of my dead mother I propose to adorn the now very old trees situated up-high in the middelheim boring an avenue, with a metal ring at a height of some 5 to 7 meters. the trees that are approximately 100 years old will no longer get any thicker at that height (I think?). I take up contact with what was then called umicore (earlier vieille montagne – balen). the director of the umicore branch in balan ( a deserving amateur painter) promised me the full cooperation of the firm. we agree that they will cast for me 7 rings in 7 different metal alloys and place them around 7 trees in the middelheim. the rings comprise of two halves that are tightly bound together with a mortise and tenon connection. I choose 7 trees and umicore does the rest.’

jef geys (born 1934) has summed up his entire ouvre as an ongoing project that combines conceptual attitudes, educational activities and formal experiments.