a moment expertly frozen in time — with proper lighting, scenography and camera equipment — can bear painterly qualities not often achieved in the photographic medium. belgian photographer jeffrey vanhoutte — with film director andré (nicolas vantomme) — has investigated this balance between motion, still, shadow and light for his work on the dutch company campina friesland kievit‘s campaign, in promotion of their powdered milk creamers.

commissioned by norvell jefferson agency, vanhoutte adopted the product itself as a prop in the making of a dramatic series, which captures an acrobatic dancer — noi pakon — moving in tandem with particles of powered milk. using lighting from broncolor, bearing a ‘really fast flash duration so it could freeze the particles of the powder’, the team called on the performer to use her bodies to move the field of edible dust lining the stage, throwing it in mid-air and erupting the handfuls of fine material into showering streams. the result achieves a striking painterly effect, turning the once moving model and messy process into a series of powerful, yet angelic stills. 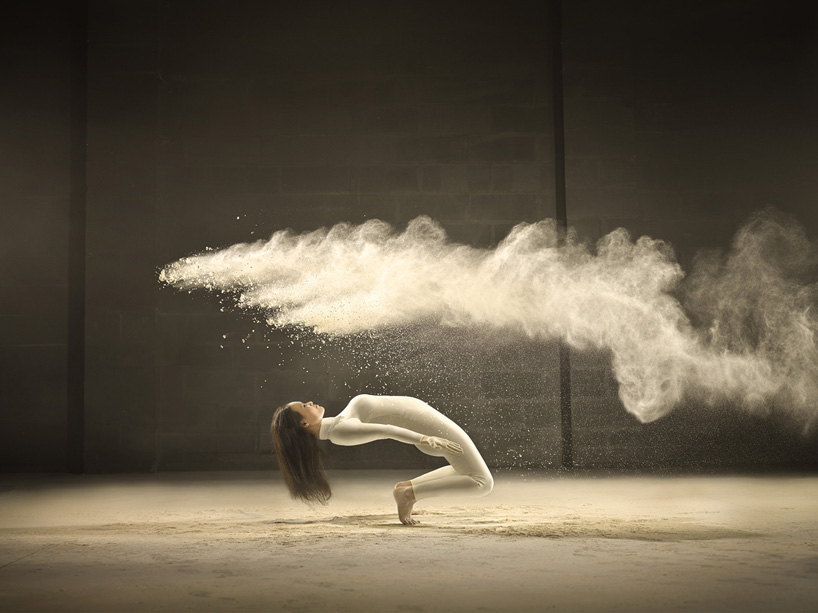 fine granules of milk hover above the dancer’s body 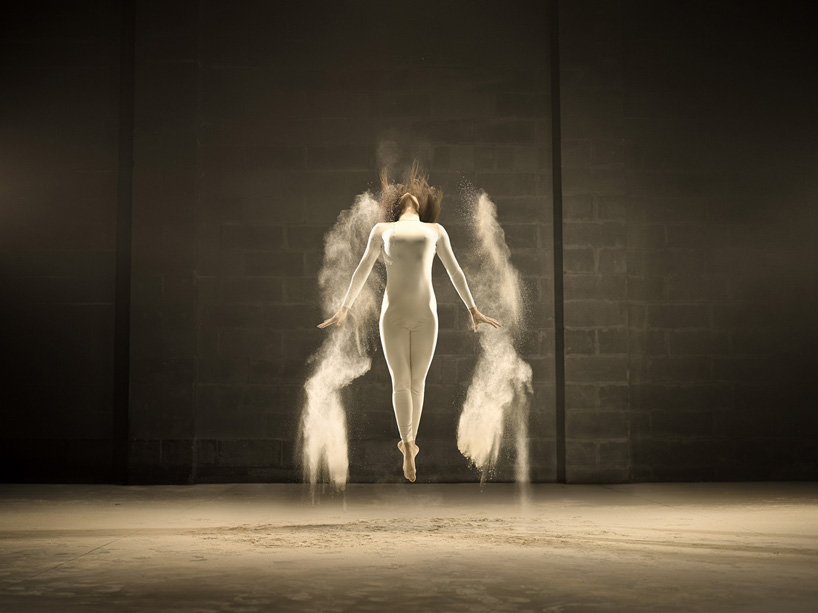 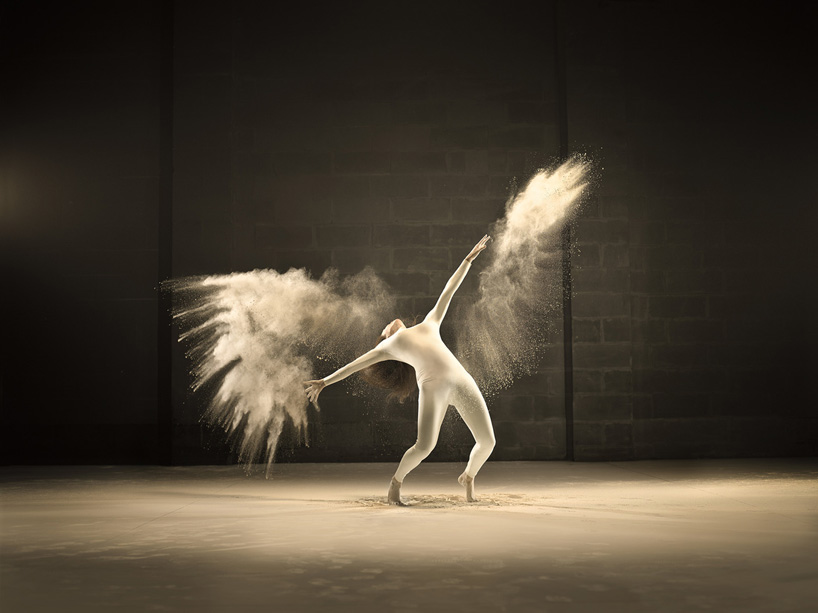 milk extends in both direction from the performer’s frame 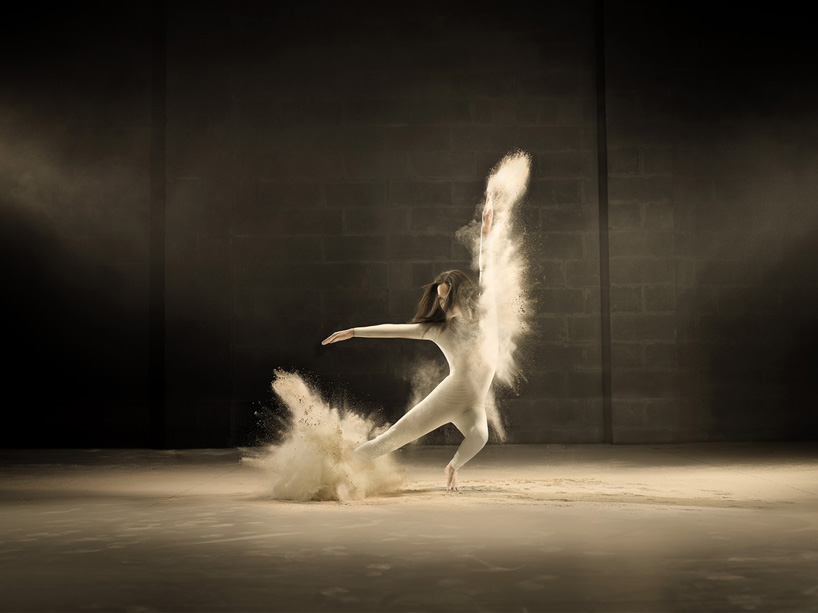 watch the video below for a behind-the-scenes look into the making of the series: 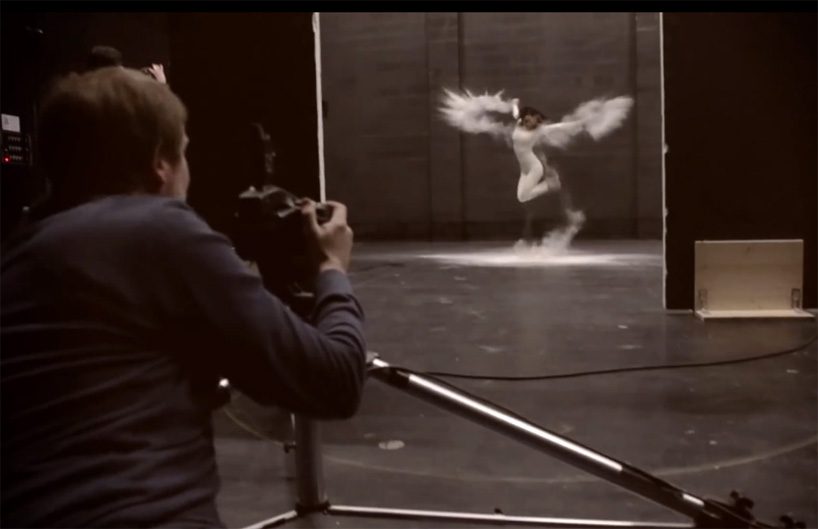 the stills were captured using lighting from broncolor 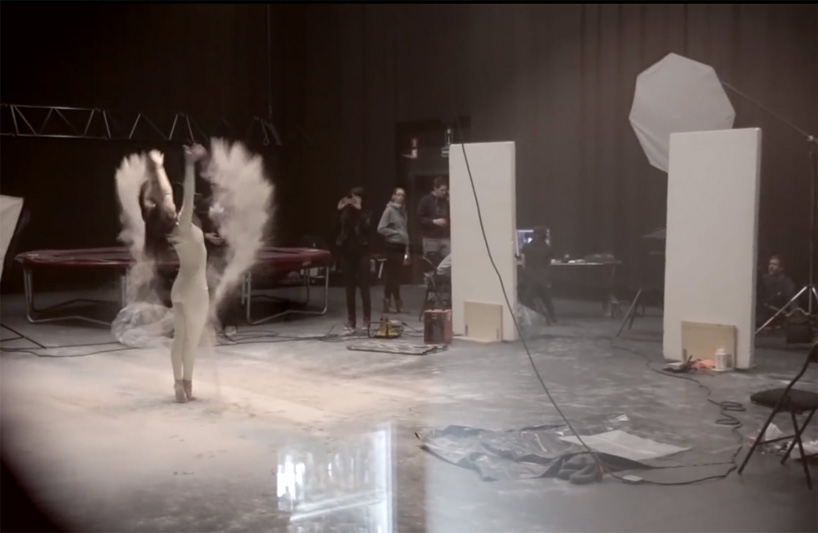 the model in various positions with the powered milk particles 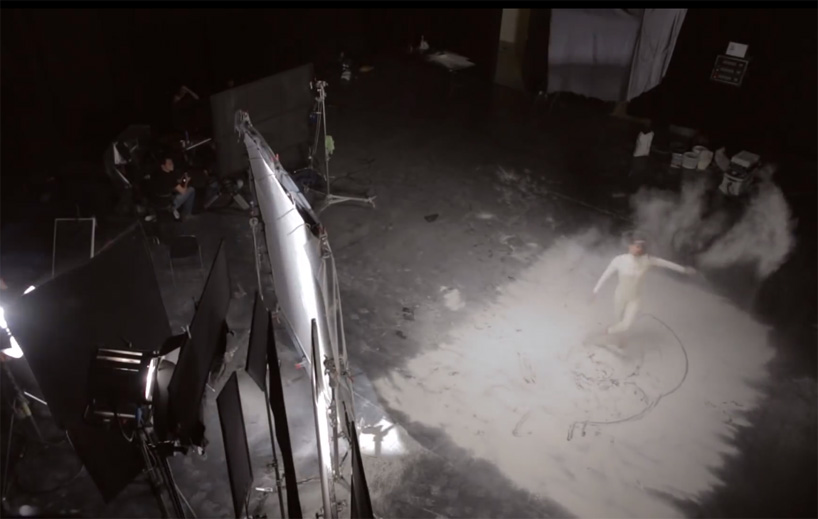