following a two-year renovation, the smithsonian american art museum‘s renwick gallery opens to the public on november 13, 2015. the inaugural exhibition in washington, D.C celebrates the renewal of the beaux arts space with ‘wonder’, a show which sees the complete transformation the entire museum into an immersive artwork. nine contemporary artists each take over a different gallery in the building, creating site-specific works that turn each interior into a room-sized installation. while the nine artists featured in ‘wonder’ create strikingly diverse works, they are connected by their interest in large-scale artworks made from unexpected, often ordinary materials. 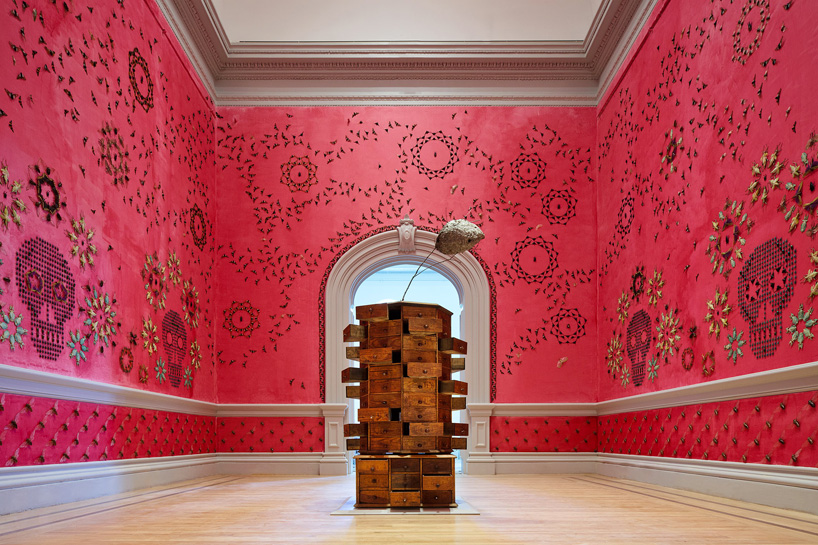 one of the featured artists is wisconsin-based jennifer angus. upon entering her installation for ‘wonder’, visitors encounter a hot pink-painted room, seemingly a wallpapered domestic space from the victorian era. in fact, and surprisingly so, the textured wall pattern is entirely made up of insects. collected from southeast asia, 5,000 bugs showcasing their natural, unaltered colors cover nearly every inch of one of the renwick’s galleries, wrapping the interior in iridescent greens, vivid blues, and pearly mauves. the installation, titled ‘in the midnight garden’ sees the careful placement of these shimmering winged and walking species into spiraling designs, ornamental motifs and starry-eyed skulls. the immense potentially reshaping the perspective of these creepy crawly creatures. 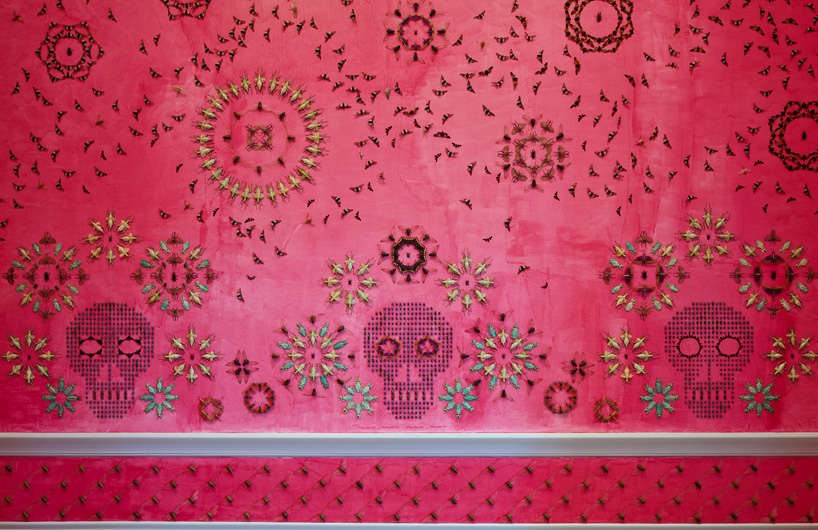 the textured wall pattern is entirely made up of insects 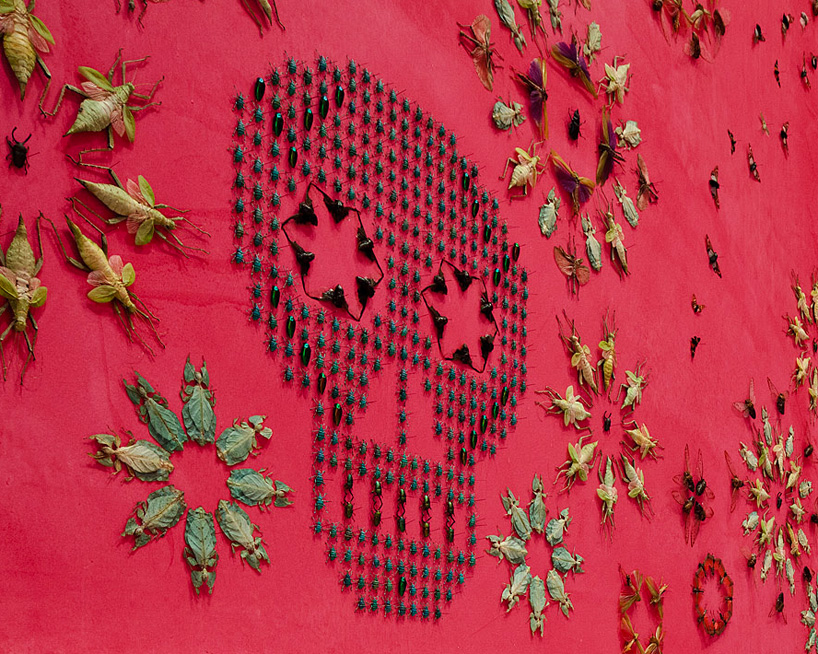 5,000 bugs cover nearly every inch of one of the renwick’s galleries 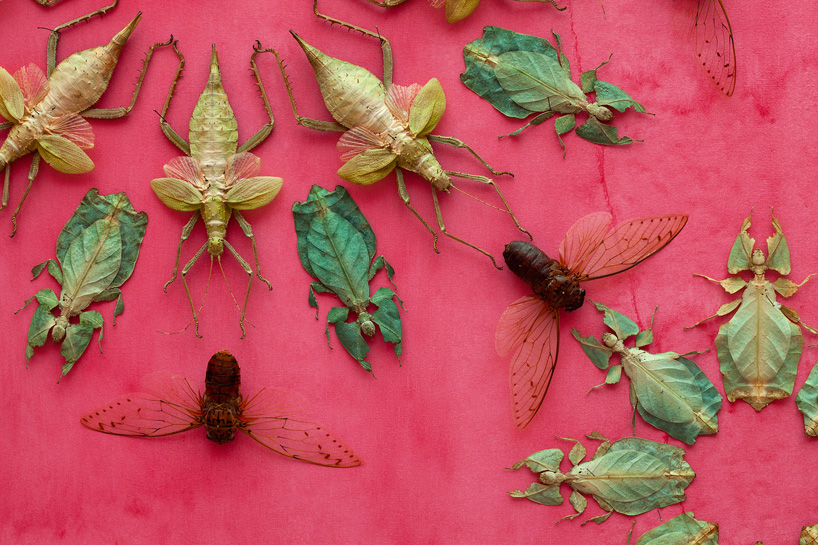 winged and walking species are turned into spiraling, geometric designs 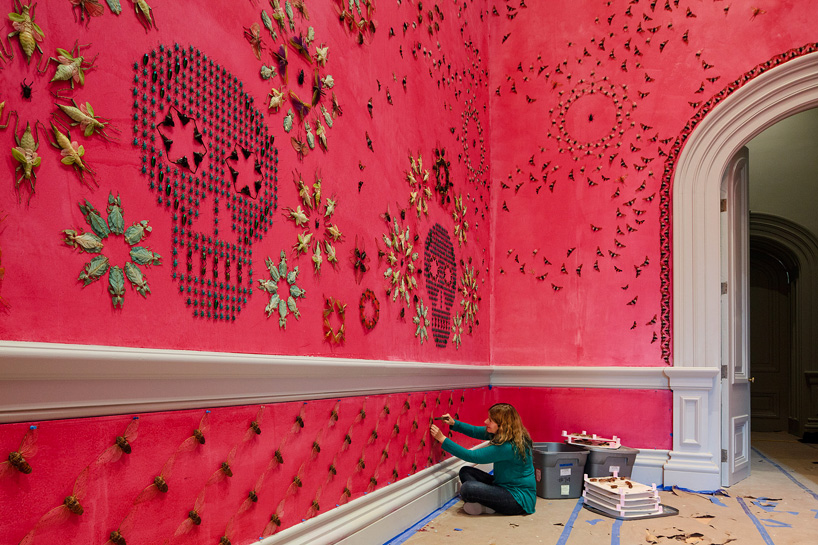