using living botanicals as her medium, toronto-based artist jennifer ilett — in collaboration with sprout guerrilla — has created ‘hello/goodbye’, a moss graffiti diptych. the two compositions comprise a lush green, gray and white color palette. both illustrate female faces: ‘hello’ delineates a moss-made girl with a bob, holding her fingers in the shape of peace sign and speaking the greeting ‘hello into a speech bubble above her head. organically painted squiggly lines meander throughout the scene, interrupted by two rectangular sketches. ‘goodbye’ is described by another female figure, this time with her eyes closed and mouth slightly ajar revealing two, pearly white front teeth. the word ‘no’ hand-written in the center of the piece punctuates the drawing, as the pictured girl surrounded by various geometric forms, made both from moss and white material. a contrast between the organic plant life and the mechanically produced forms and shapes which fills it reflects on the ever expanding tug of war between technology and nature, and the role people play within this sphere. the process of creating each artwork involved manipulating the moss’ growth within specific boundaries, symbolizing as ilett says, the way in which ‘we recognize nature’s uses and aesthetic appeal, but go to great lengths to control it.‘ 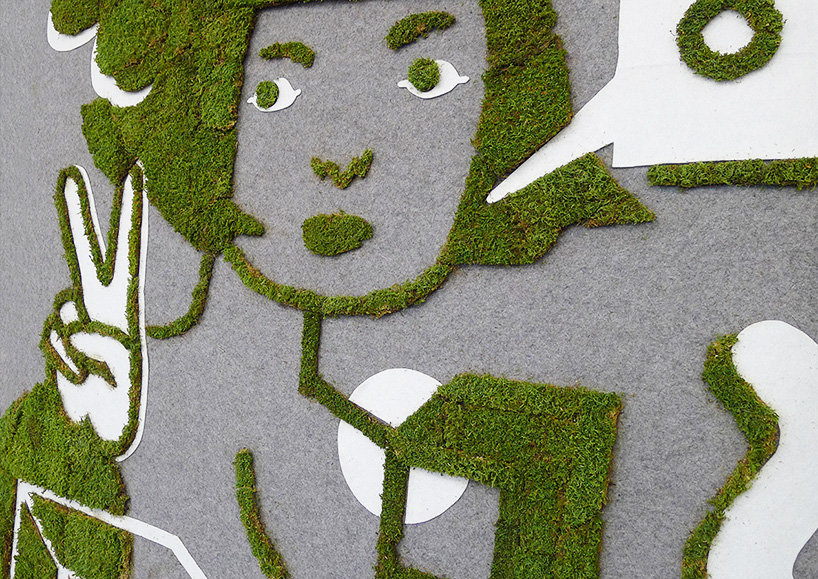 a detail of ‘hello’ 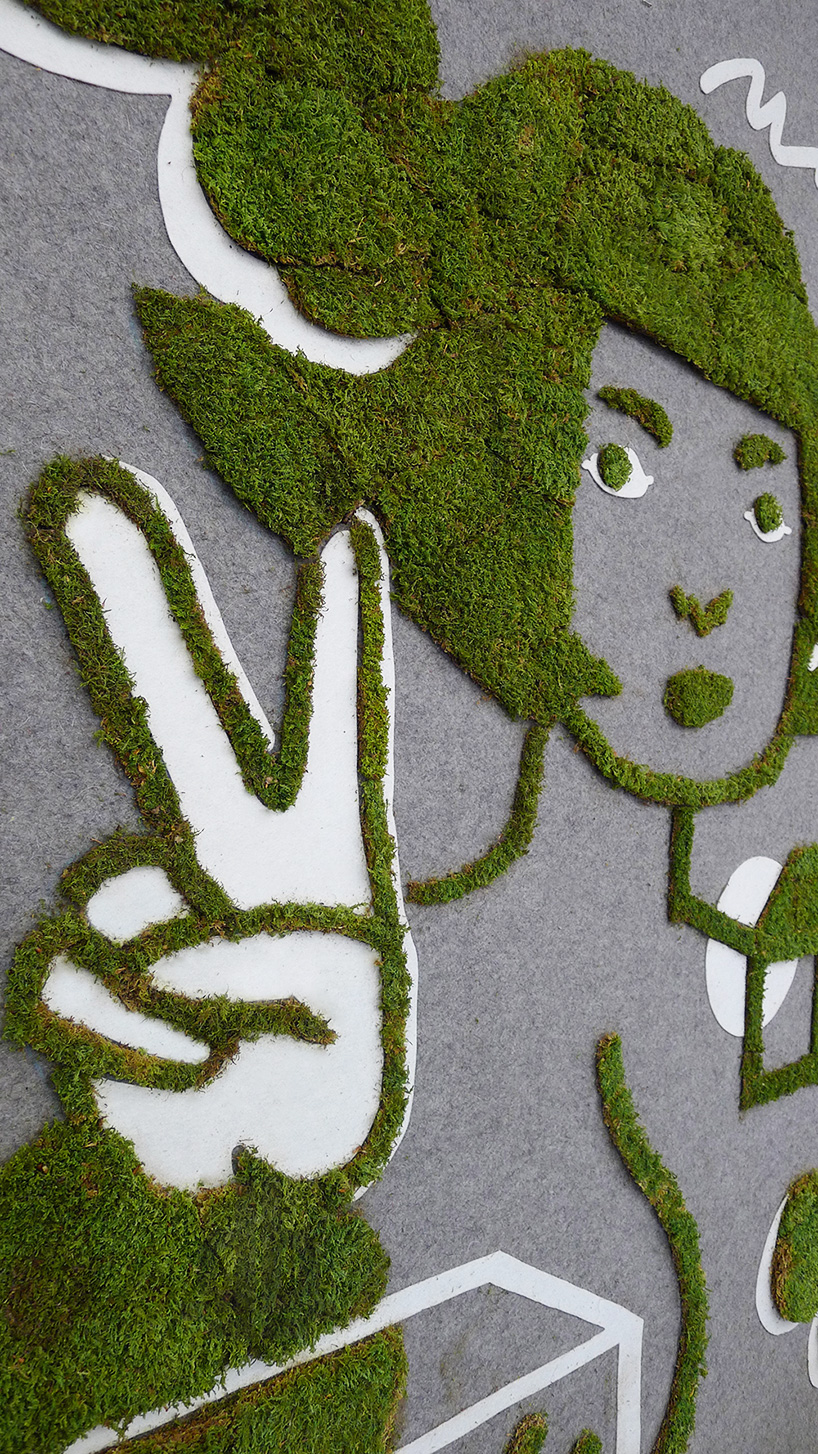 moss outlines the form of the girls hand, made into the sign for peace 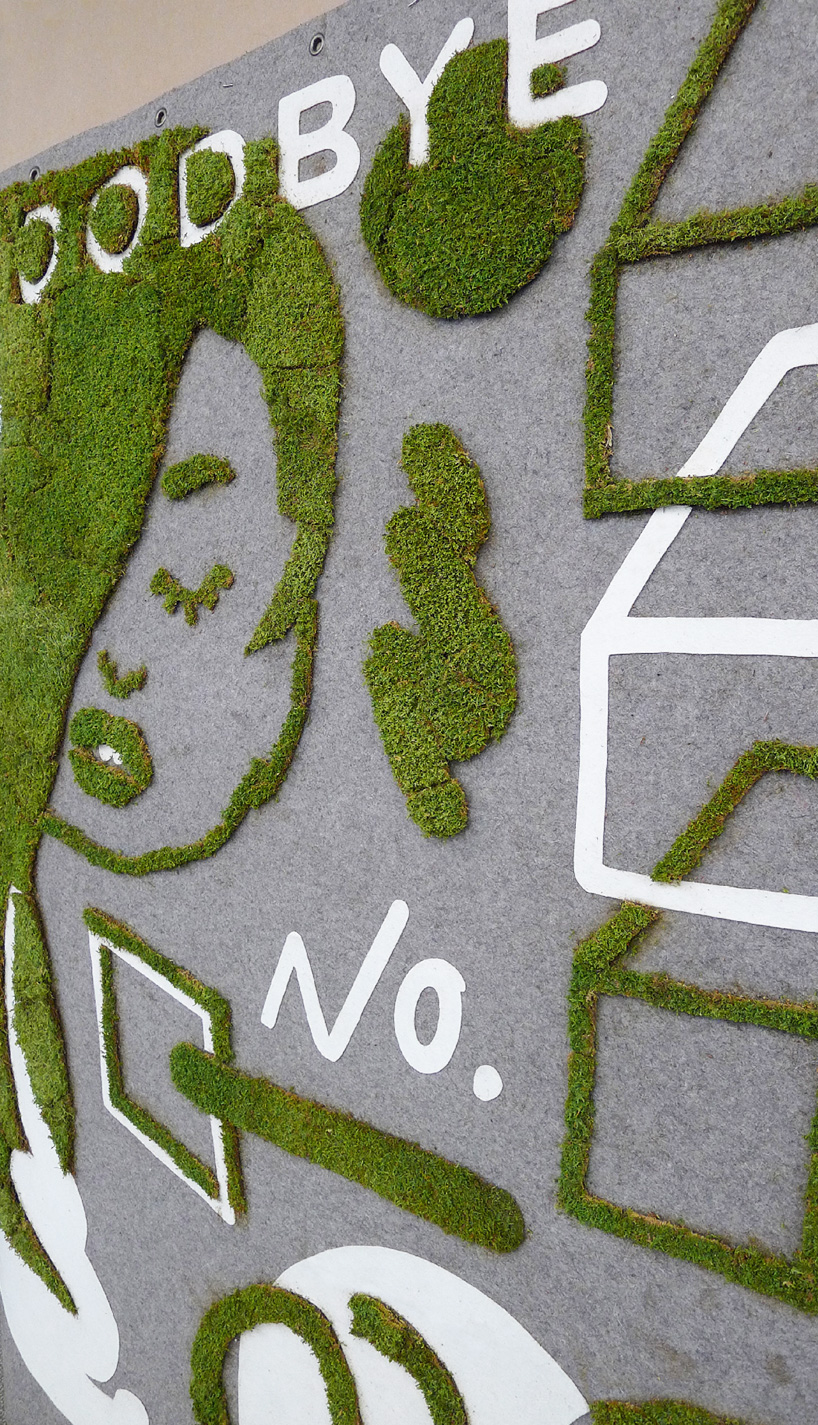 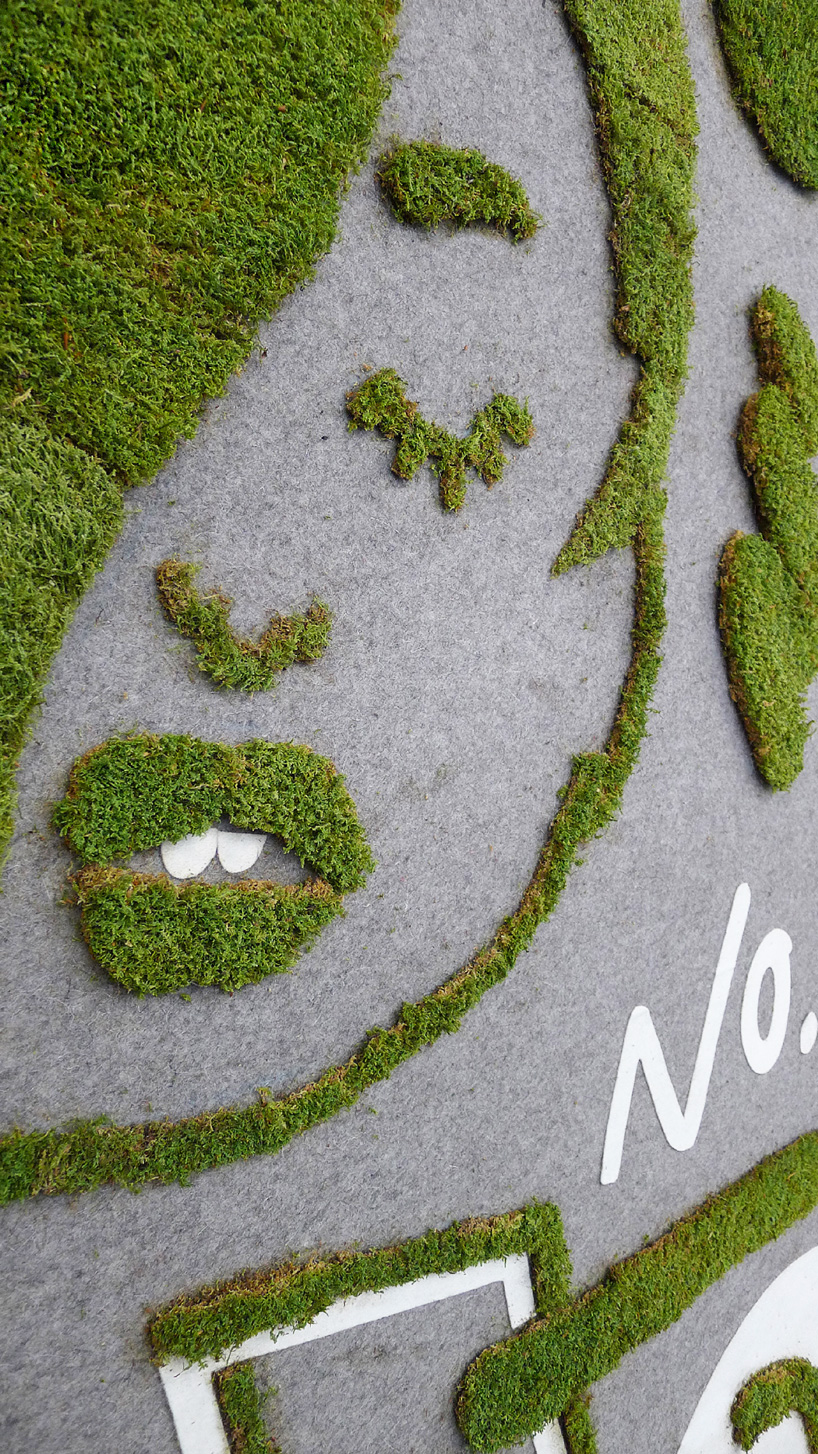 grown moss makes each part of the face 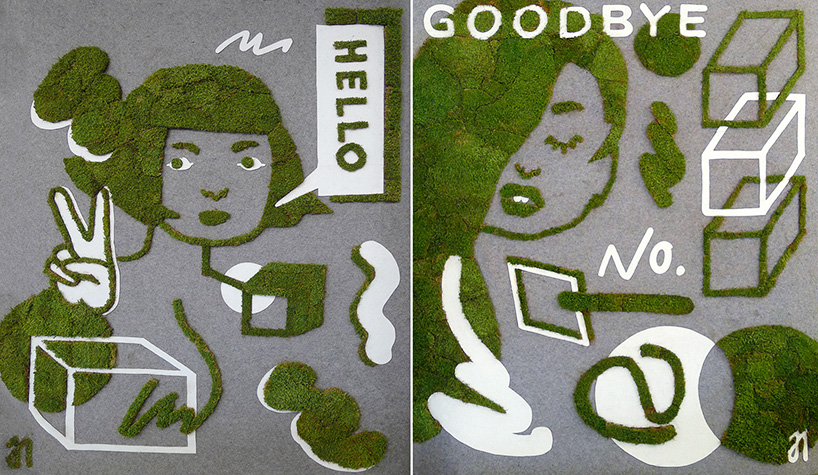 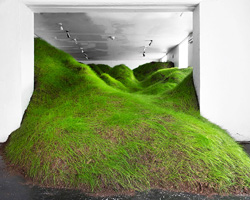 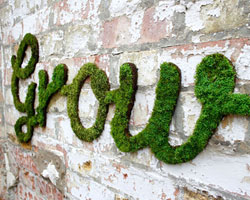 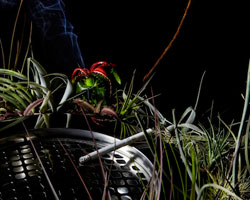 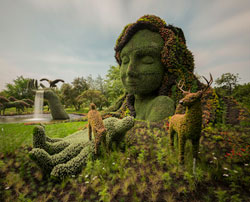