After a two-year pandemic low, Burning Man returned to the Nevada Desert in August 2022, awashing the arid land in a psydelic array of colors and light to celebrate the theme of ‘Waking Dreams.’ The annual, non-profit event gathers a global pool of artists, makers, and community organizers to build the ephemeral Black Rock City following the ten Burning Man principles; these include self-reliance, self-expression, and civic responsibility. An estimated 800,000 participants made it to the 2022 edition, transforming the desert into a dystopian, sci-fi landscape.

San Francisco-based Filmmaker Jesse Chandler attended the festival with a goal: to capture a hyper-lapse with his drone, showing the hypnotic day-to-night unfolding of activities and lighting displays. Despite a few difficulties and a week cut short, Chandler’s final video, ‘Above the Dust,’ artfully portrays what Burning Man is all about. 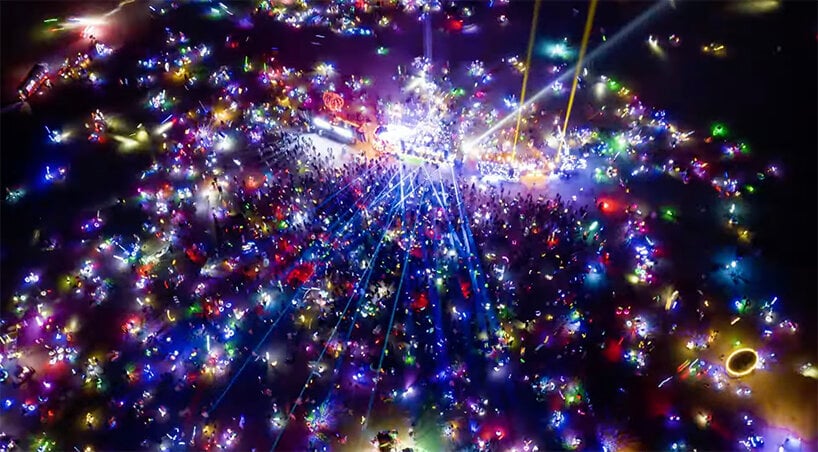 all images courtesy of Jesse Chandler

‘While getting ready for Burning Man 2022, among all the other preparations, it occurred to me that I should apply for a drone permit. After filling out the application I kinda forgot about it, concentrated on other things. When I did finally get the news that I had permission [to] fly a drone at the event, it changed my plans for the week completely. Now I had a mission! Even though my week was cut short by some last minute difficulties, I still managed to get some cool footage. But even before I got home, I was plotting and planning on how to capture even more. Next year’s going to be the best. See you there,’ writes Jesse Chandler on his YouTube page. 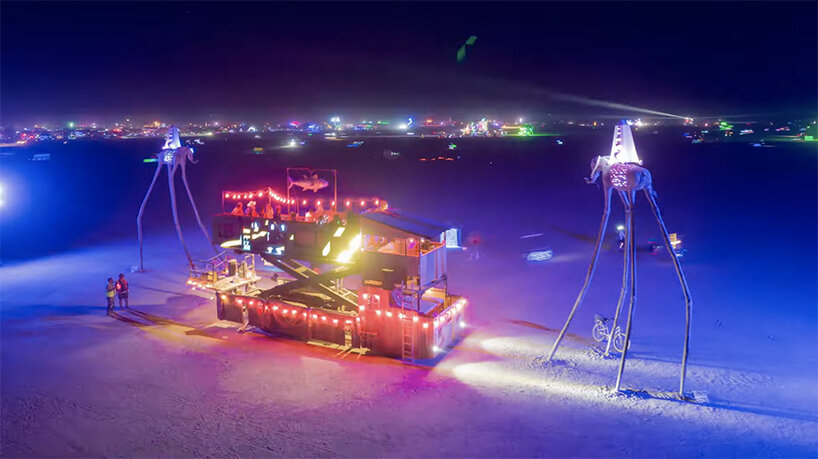 moving from day to night in a psychedelic progression

The video takes us on an accelerated timeline of the week-long Burning Man 2022 edition, starting with a daytime lapse of the first few days. Campers are seen building Black Rock City from scratch, with gusts of sand swirling in the air, adding to the mystical spirit that fuels the festival. A couple of frames later, the sun begins to set, and a spectacle of colored lights illuminates the darkening landscape. Then, when night ultimately falls, the city explodes to life — pulsating with people, moving installations, and never-ending music and dancing.

The video was captured on a DJI Mavic 3 and an Insta360 One RS 1″ edition. ‘The shot at 0:36 and the end are just a 360 camera on a stick, never fly over large crowds,’ clarifies the filmmaker. 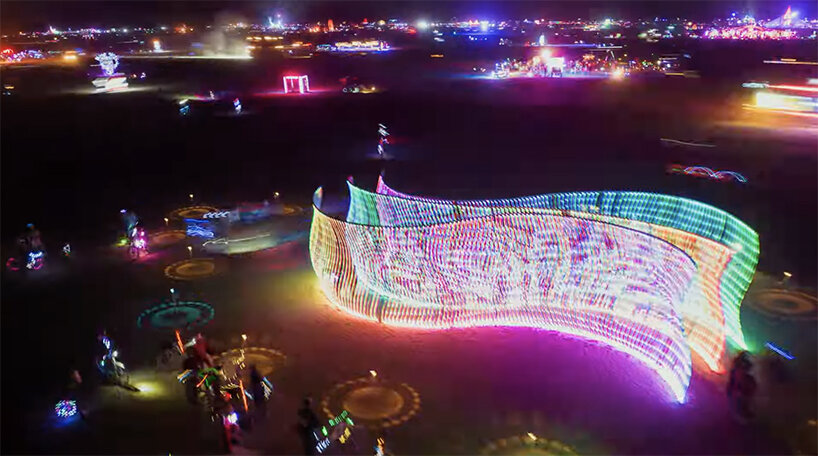 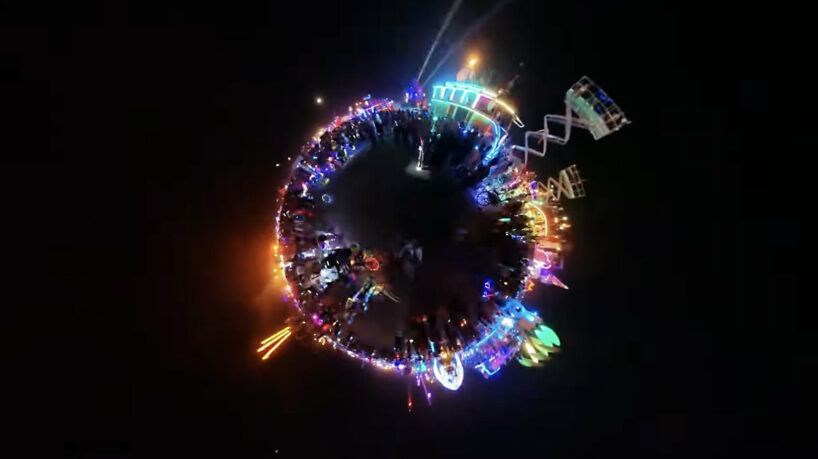 ‘Above the Dust’ captures a psychedelic hyper-lapse of the festival 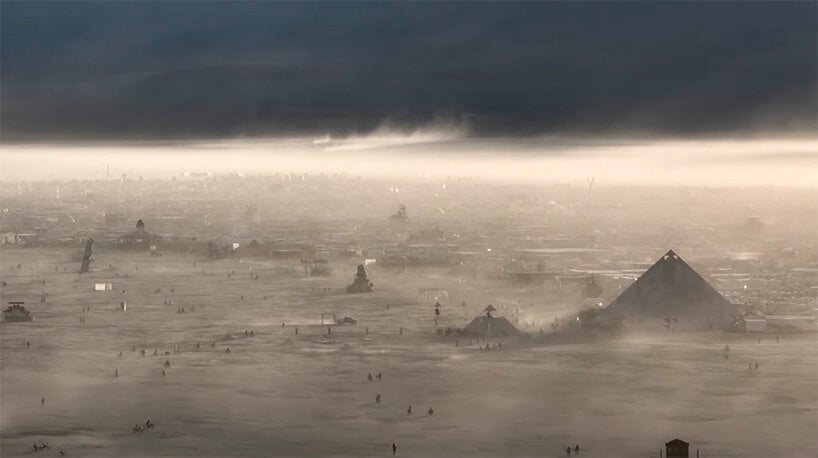 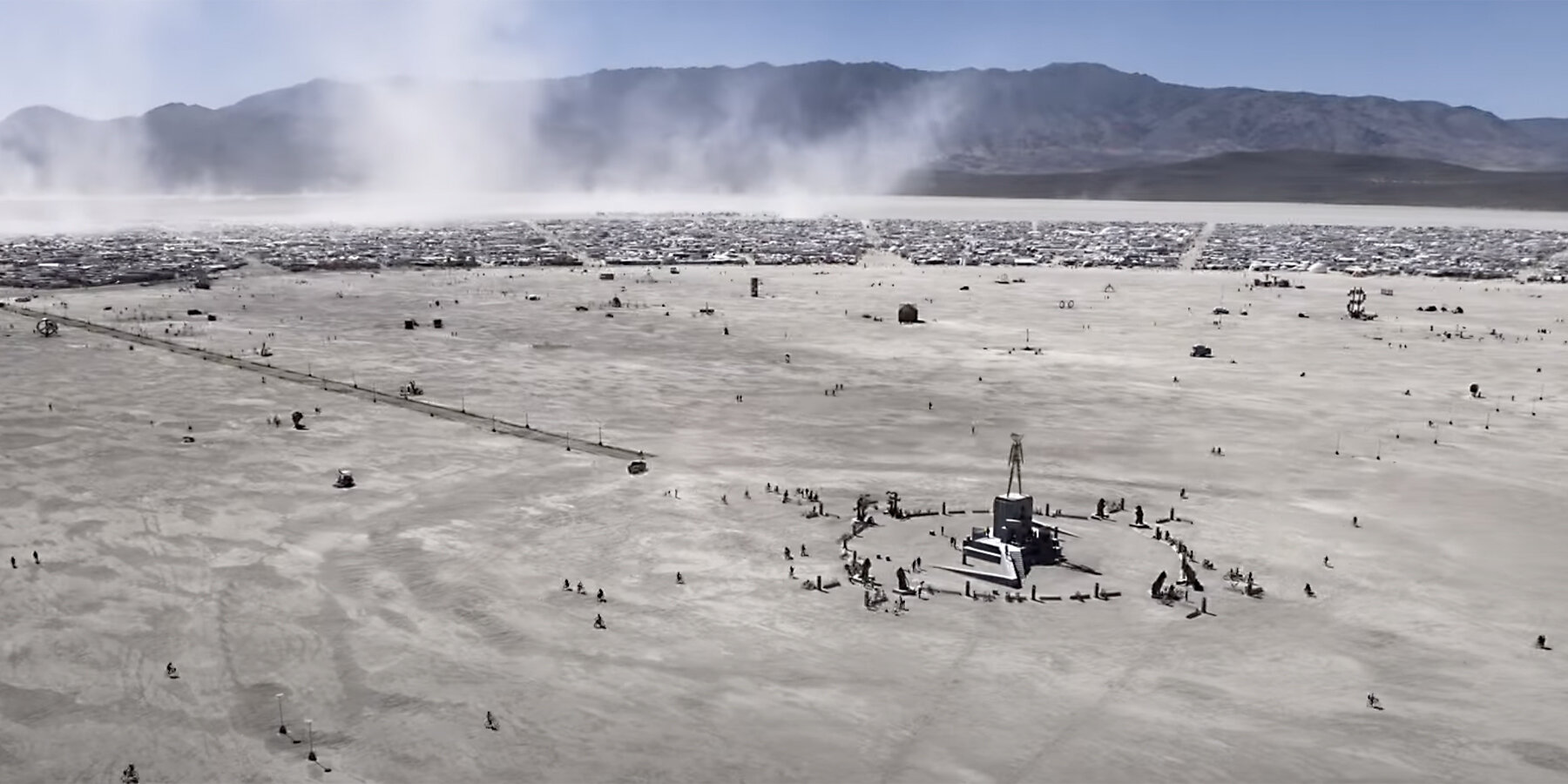 video name: Above the Dust