mixed media while the tradition of decorative ceramic figurines is filled with beauty and serenity, UK-based ceramic artist jessica harrison takes a decidedly darker approach. her recent ceramic work uses this tradition as a starting point, subverting it through the addition of morbid imagery such as skulls and blood. in the piece ‘emily’, a reclining female is quite tranquil until you look closer at its face, which appears to have been completely removed leaving only the skull and a dangling eyeball. in the standing figure  ‘maria’, a beautiful white dress is covered in blood as the woman holds her own guts. 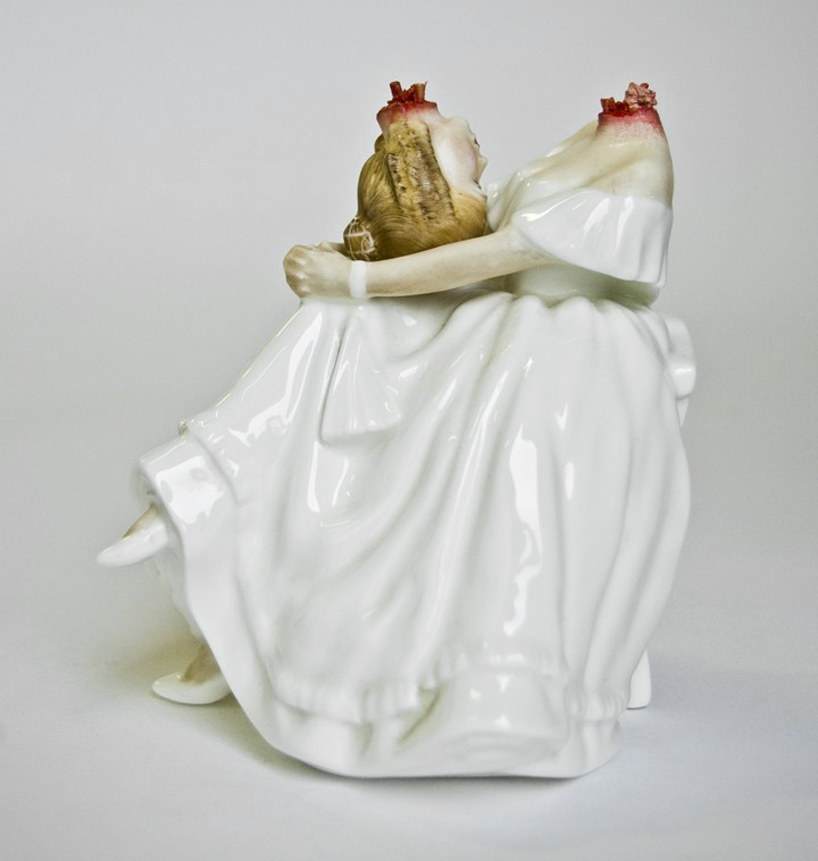 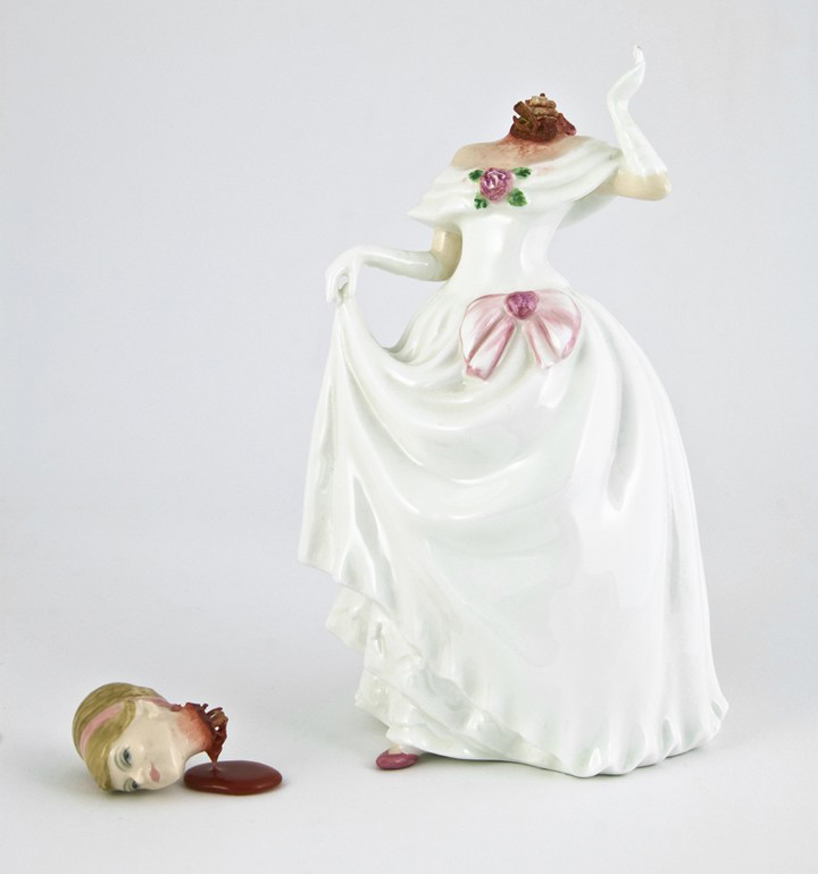 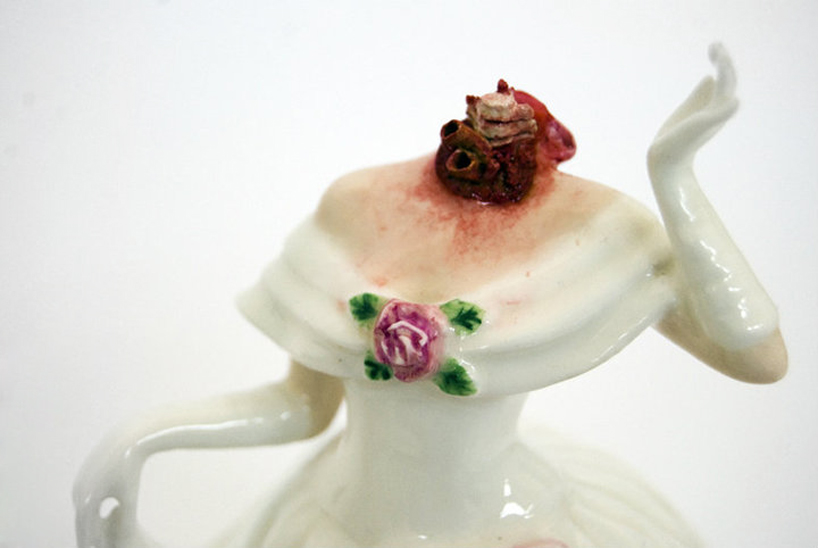 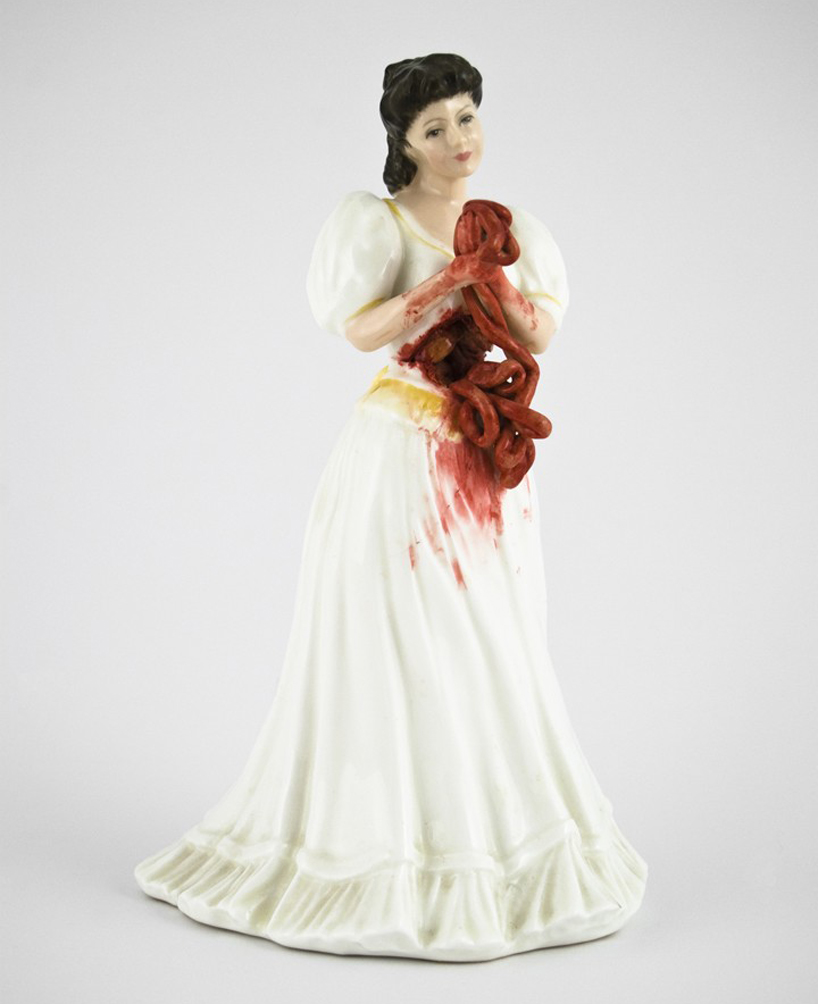 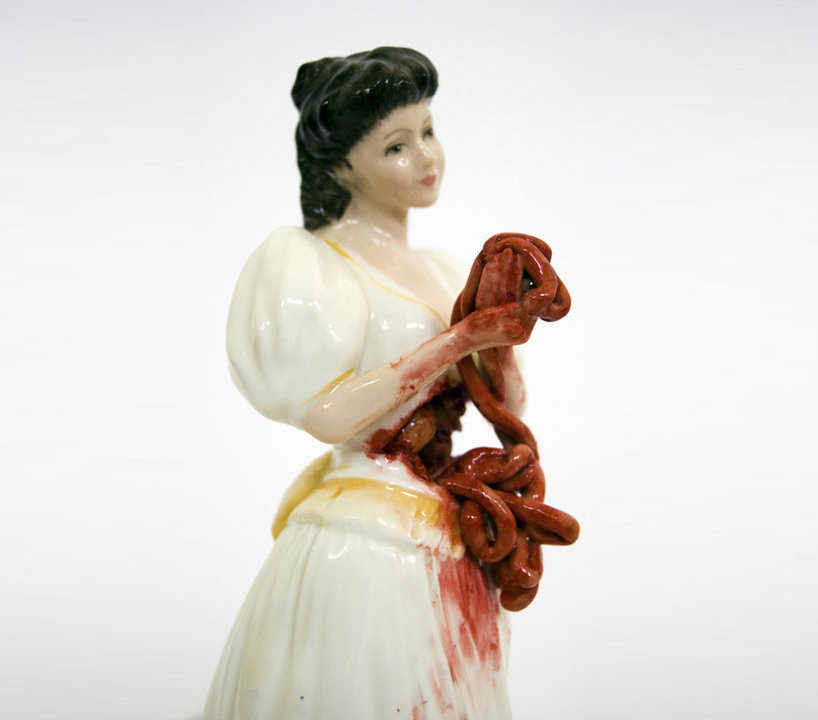 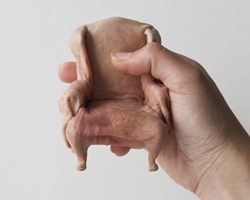