ji zhou constructs environmental illusions with maps and books
(above) ‘the map no. 5’, 2014
all images courtesy of klein sun gallery

the artist’s distinct process tells as much of a story as the final image does — for these illusions, ji zhou collects maps and hand-sculpts the paper into peaks and troughs to mimic mountaintops. the topographic representations become literal depictions of the map’s overall purpose, translating function into form. additionally, for the series of ‘maquettes’, ji zhou sculpts stacks of books into cantilevered towers resembling city skyscrapers. 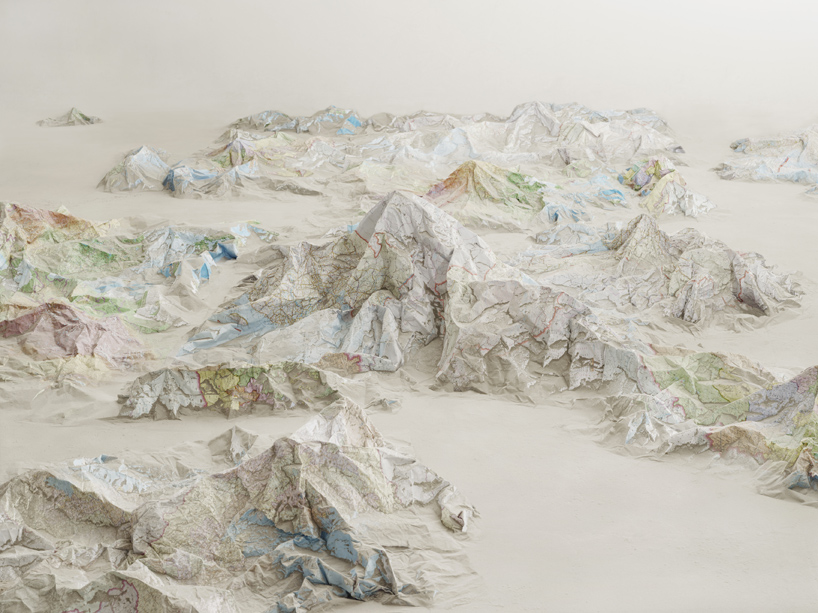 these ‘rural’ and ‘urban’ illusions are finally photographed, further augmenting reality. ji zhou chooses to probe rather than offer his own conclusion: what is civilization — a constructed illusion created by man or an inevitable product of evolution? 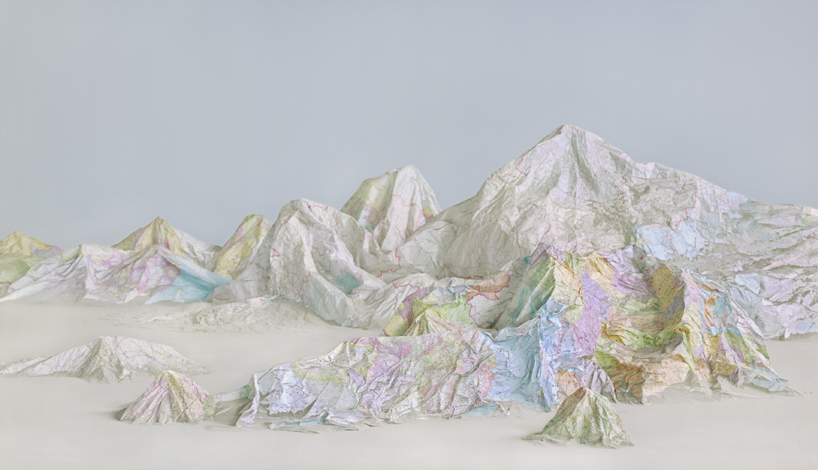 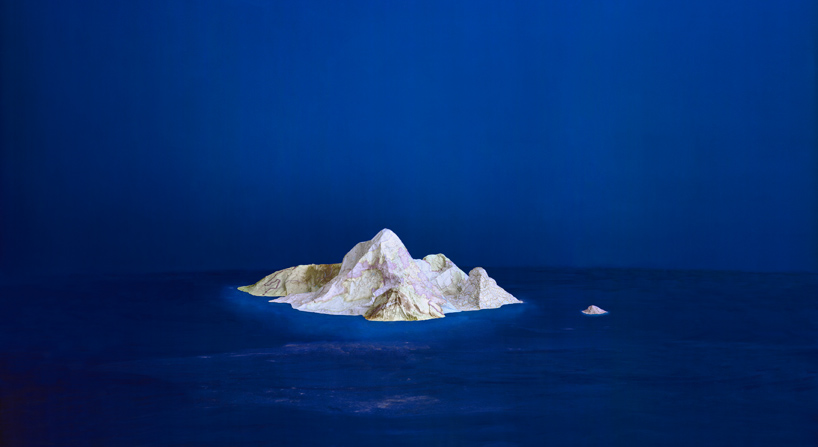 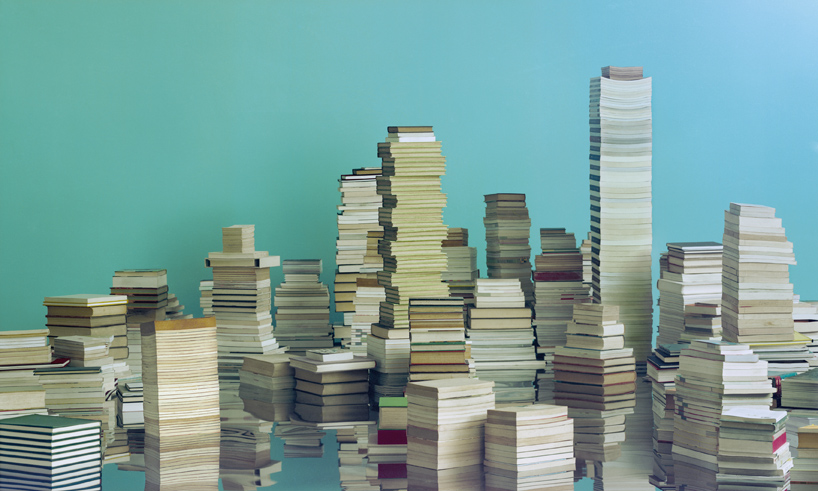 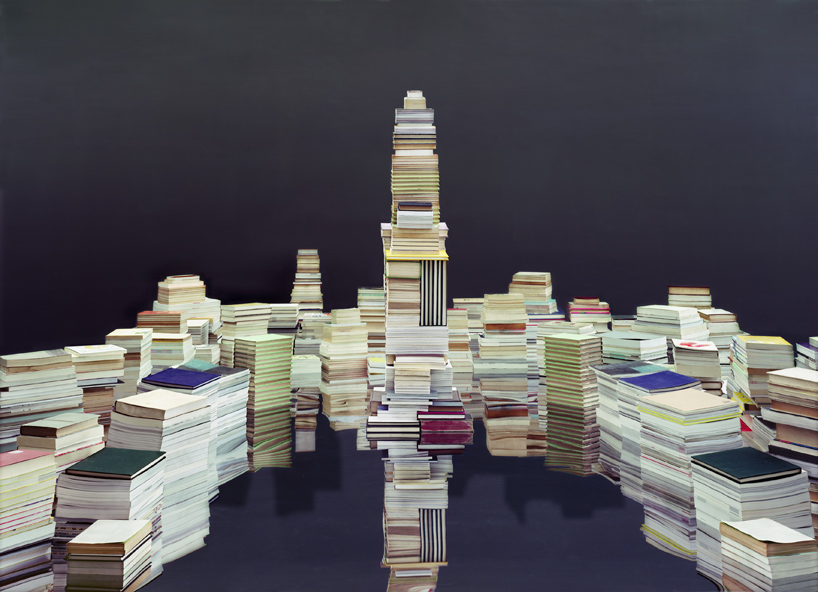 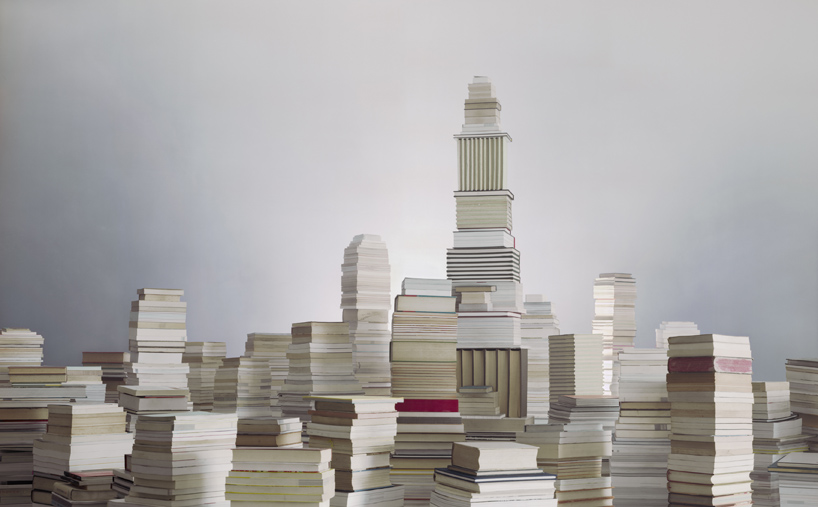 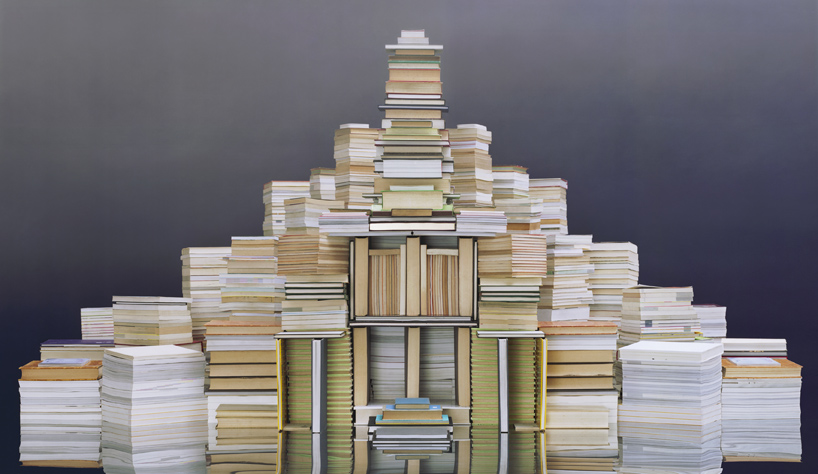 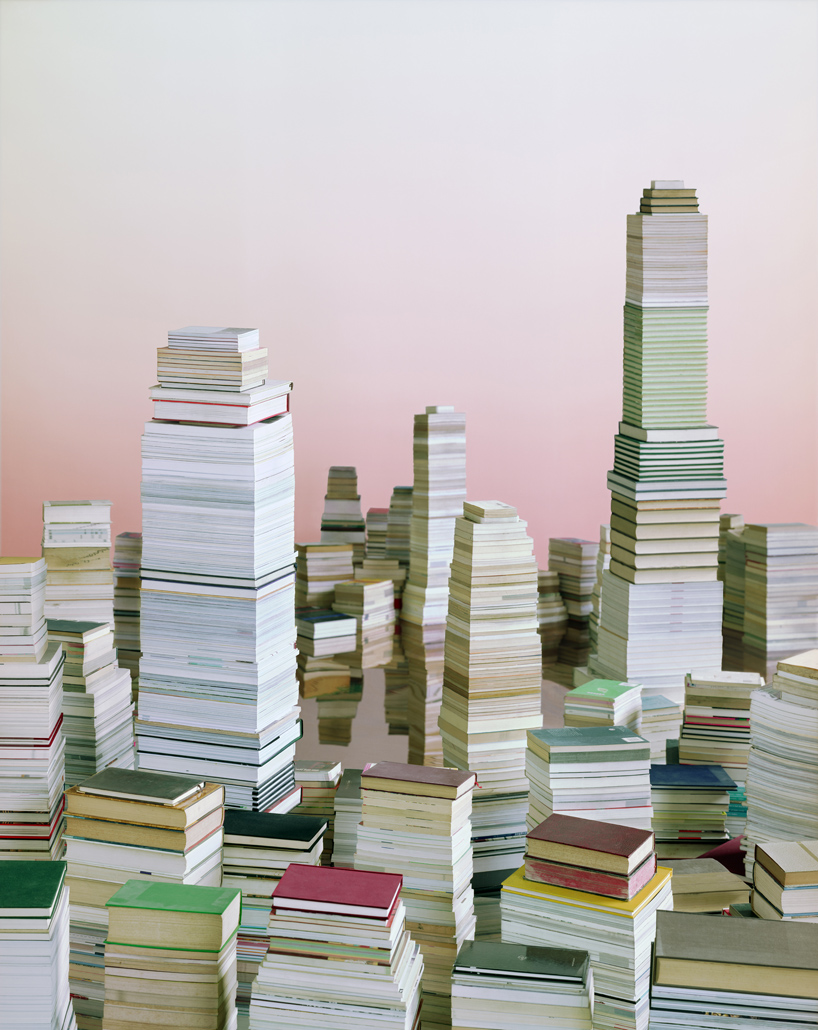