new york-based installation artist jim hodges has created ‘untitled’, a major outdoor sculpture comprised of four massive boulders with a half-steel skin to be arranged in a circle on a field. the boulders which comprise ‘untitled’ weigh between eight to thirteen tons and all reach a height of more than six feet tall. each of the components feature a high-polished stainless steel surface upon a rock in four shades including pink, blue, gold and lavender. the added skin of steel is melded to the surface of the boulder highlighting the size and curves in the surface of each rock. the artist conceived of the installation as one in which the rocks would be configured in a natural landscape in a circle. in this way that visitiors would walk between the boulders, the light refracting from the boulders’ reflective surfaces interacting with the movements of the gallery goer’s form.

in order to create a smooth surface, body putty was first applied and then a mould was made from the stainless steel cast. the rock surface was then chiseled in order to create texture for the steel veneers to adhere to. the steel sheets were painted with a clear-coat and dye mixture, finally pinned to each massive rock. the result is a massive sculptural work that possesses a sense of fluidity while also remaining intrinsically fixed. each boulder mirroring a natural shape while also rejecting and concealing its form.

‘untitled’ is part of a major retrospective of hodges’ work to be displayed at walker art center in minneapolis, minnesota, USA set in the minneapolis sculpture garden in 2013. 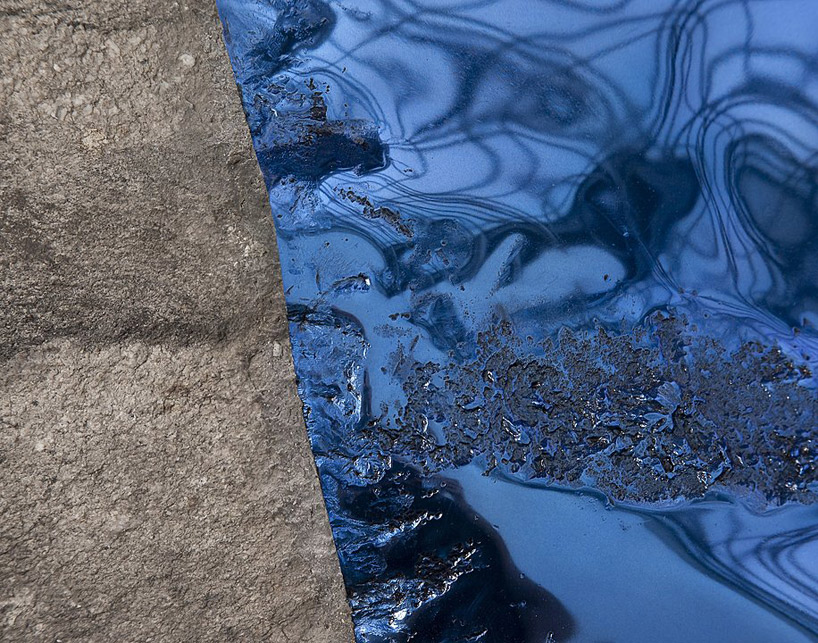 a detailed view of the sculpture 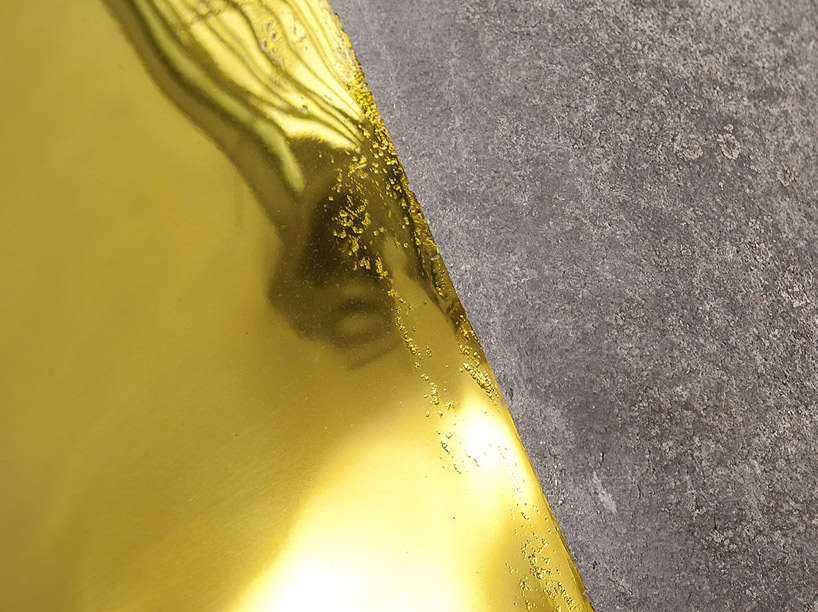 additional perspective of the surface 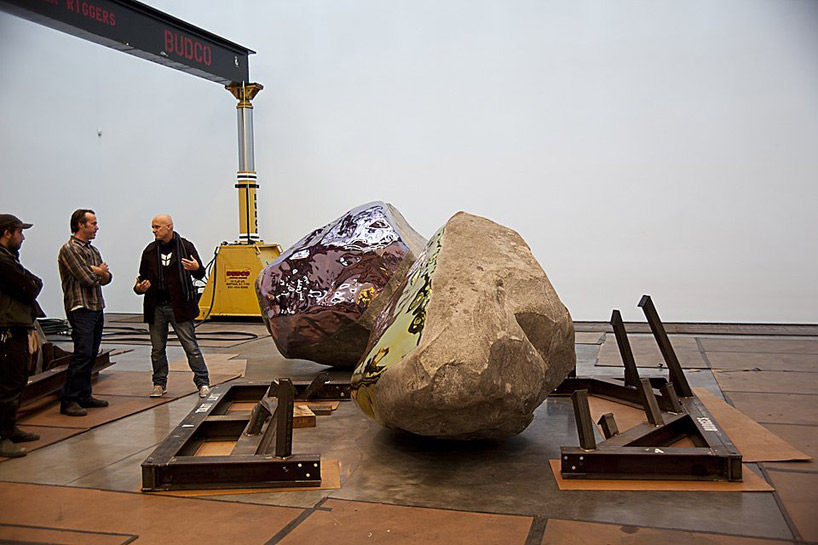 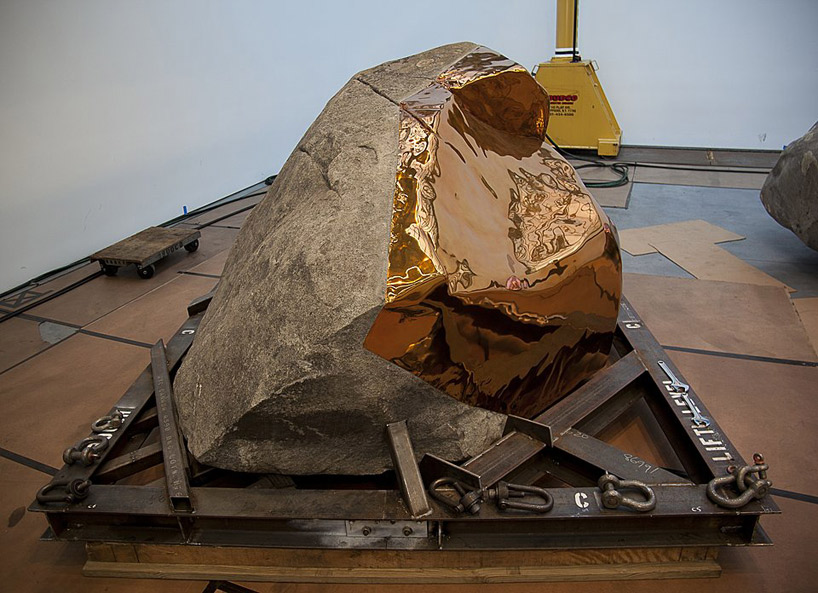 to create a support system for the boulders during transportation, a steel i-beam system was developed image courtesy gladstone gallery 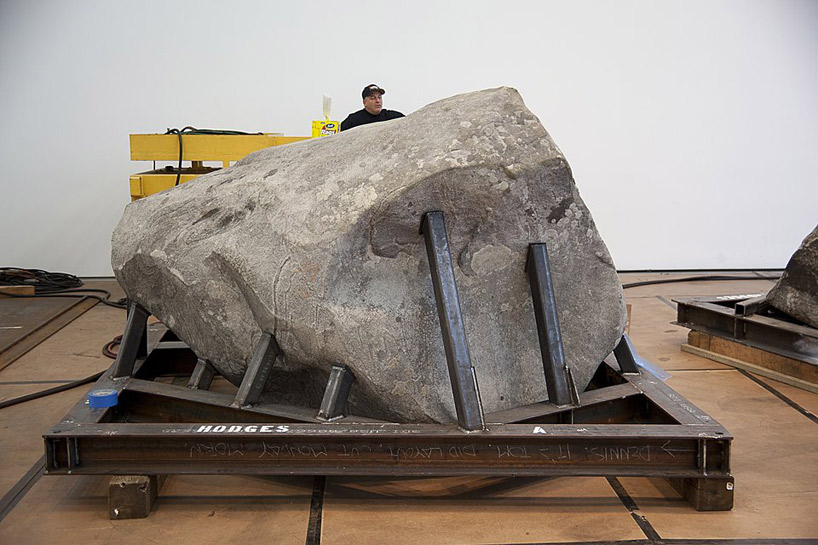 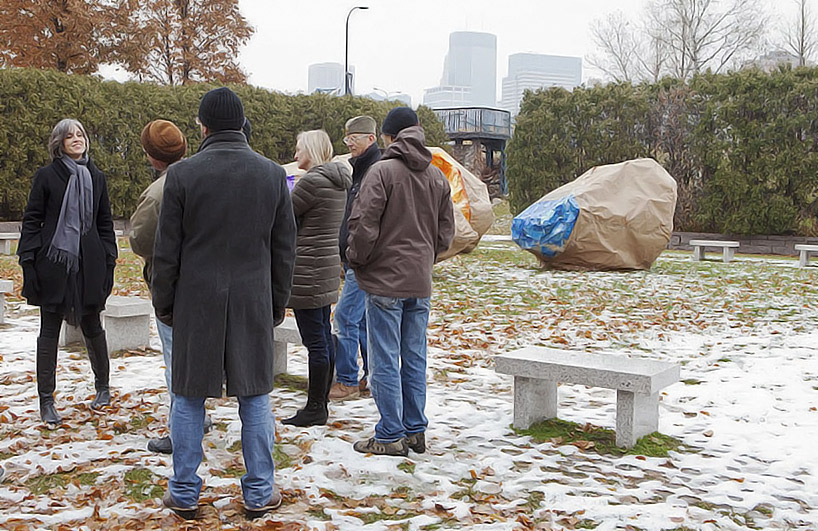 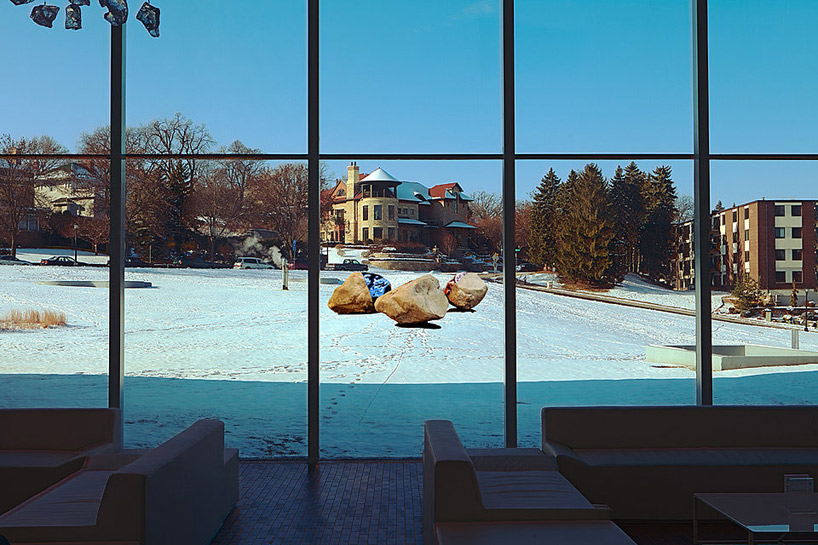 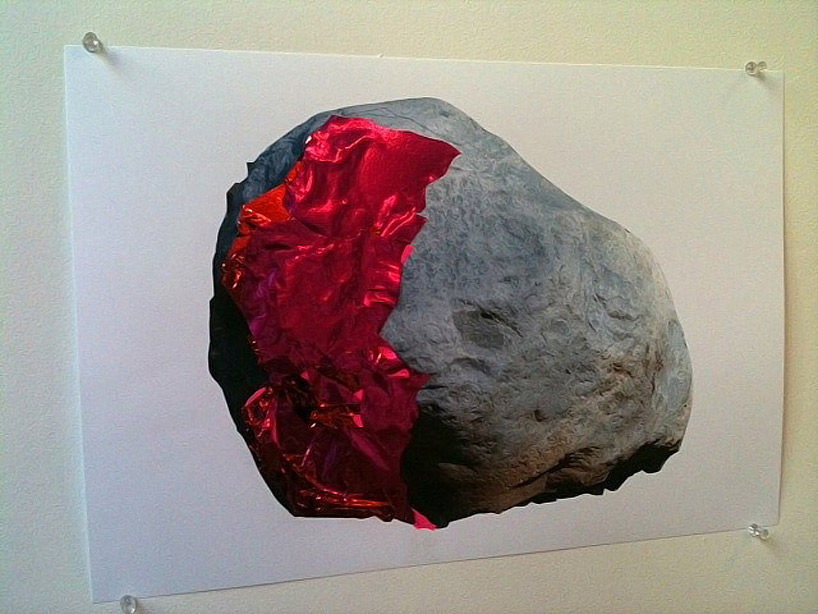 conceptual sketch of ‘untitled’ completed in 2011