scottish artist jim lambie’s mirrored shed, ‘a forest’, is a striking and colorful installation situated in the woodland environment at jupiter artland. chrome painted panels facade the entire surface of the structure, reflecting warped chromatic interpretations of the tree-laden environment that surrounds it. the work changes with every season that passes taking on the colors and characteristics of the landscape and echoing images of winter, and fall on its shiny surface. the corners of the mirrored panels peel backwards, resembling dog-eared pages of a book, exposing a spectrum of creased and folded colored slats. for ‘a forest’, lambie was aesthetically influenced by the image of music posters in urban environments, and the chronicle of events they reveal as they peel away. despite its materials and chroma, the installation’s reflective quality integrates it into the natural scenery, unfolding unfamiliar qualities of the forest. 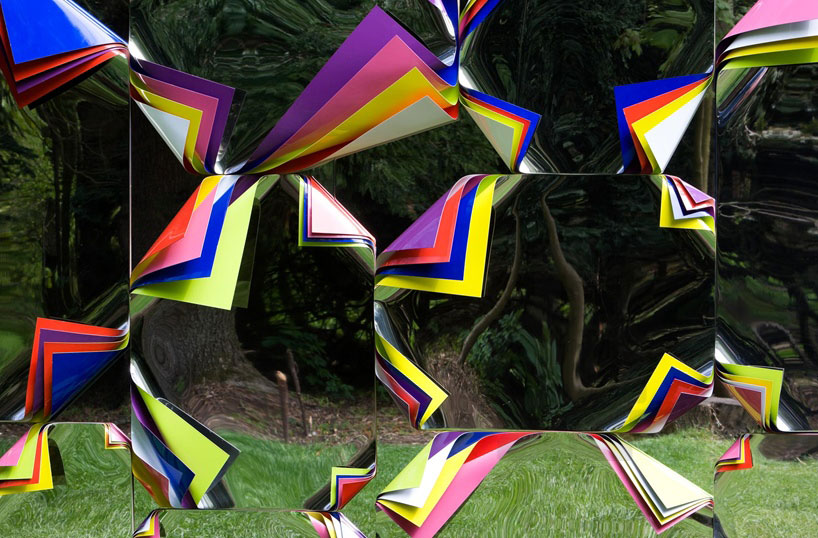 colored corners peel away from the chrome painted panels 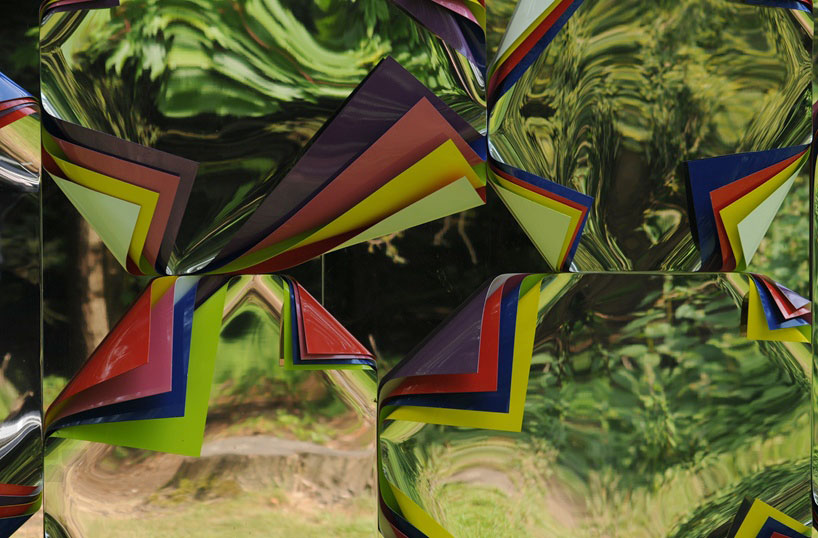 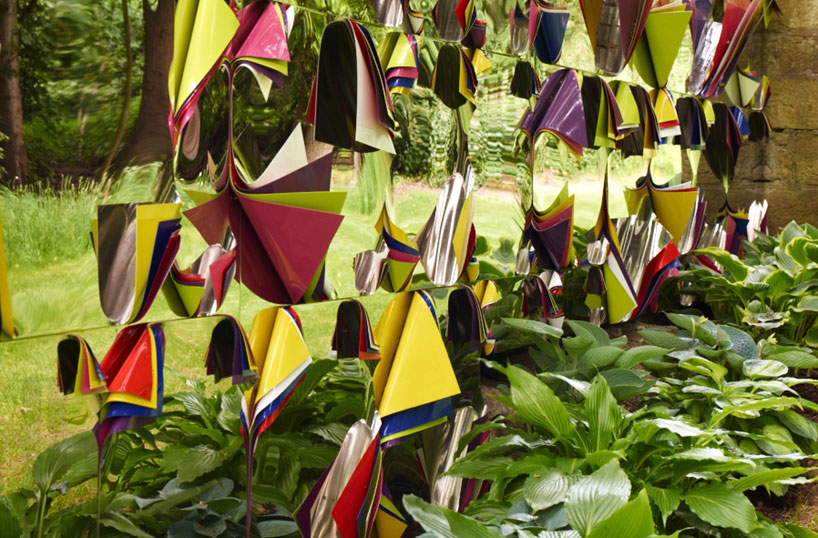 the shiny surfaces take on the characteristics of their surroundings 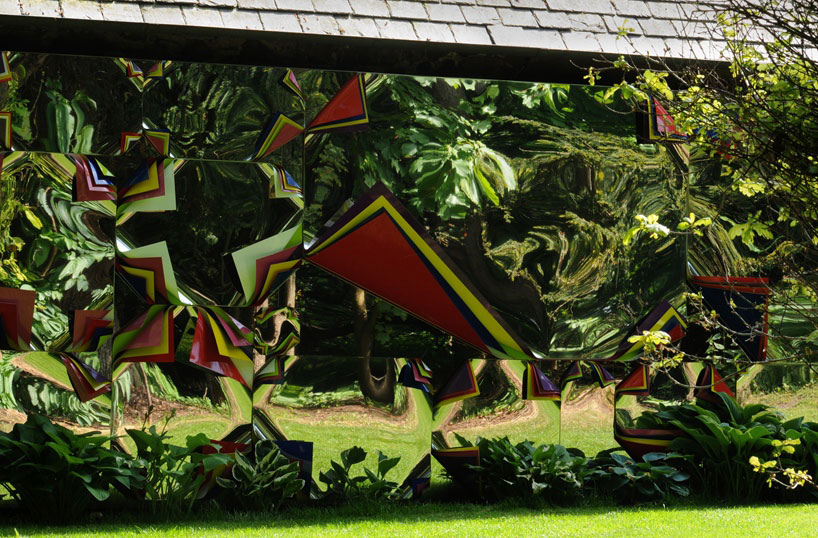 the folded colored pieces range in size and scale 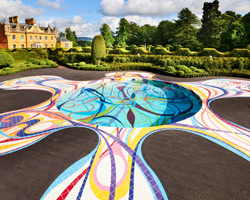 Aug 20, 2019
getaway in 'gateway', an artwork that doubles as a swimming pool you can take a dip in 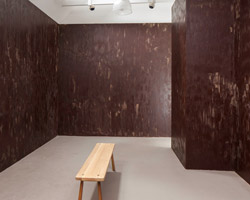 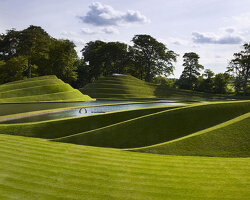 Aug 19, 2013
charles jencks' cells of life is a manmade landscape 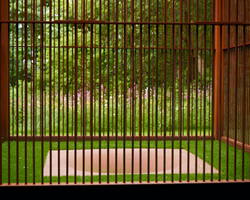