from now until mid-december 2015, joep van lieshout infills almine rech gallery in brussels with ‘primitive modern’, a solo exhibition that presents the transition between two of the dutch artist’s key projects. both ‘neo-futurism’ and recent works from the ‘new tribal labyrinth’ series are exhibited alongside each other, each illustrating the same paradoxical utopian ideas and bringing together past and future, modernism and primitivism, art, energy and science. 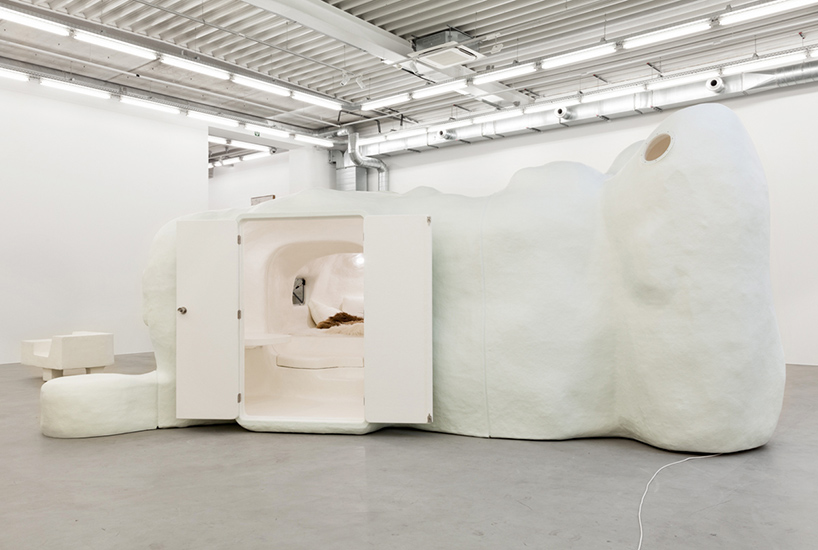 van lieshout’s recent work ‘neo-futurism’ disruptively brings futurism — the art movement of the early 20th century — into contemporary times. poetry and romanticism are collaged with technology, data, robotics and recycling, not only illustrating a new direction for van lieshout, but also offering a glimpse of a possible future construction based on destruction. simultaneously, the works decide on an optimistic angle of reconstruction, exemplified by the endless column sited in the gallery space that gives new meaning to the remnants of primitivism. 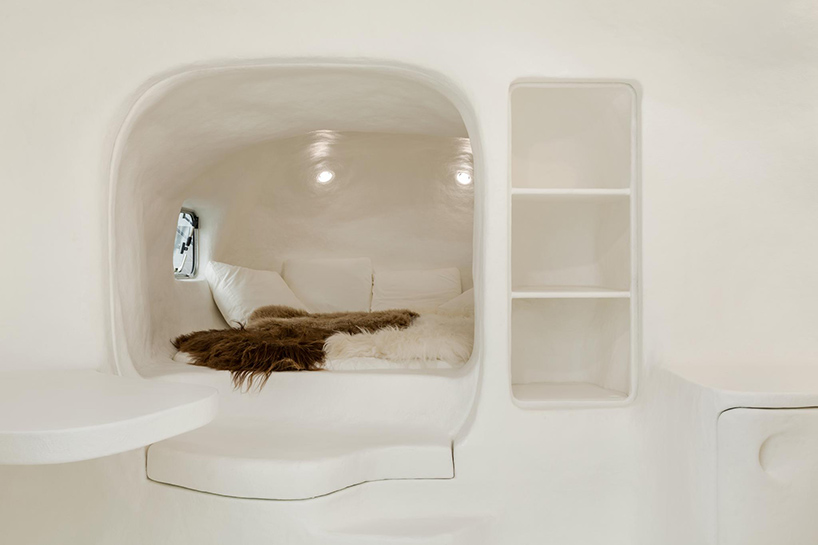 inside the tribal dwelling, seemingly a rock cave carved out by man

‘new tribal labyrinth’ is a series of agricultural, industrial and ritualistic sculptures that depict a romantic longing to become one with both machine and matter. objects of worship, victory columns and fertility figures refer to primitive sculptures; venus figures and madonnas, carved with an intuitive wuality, stand on pedestals that refer to the modernism of the early 20th century. 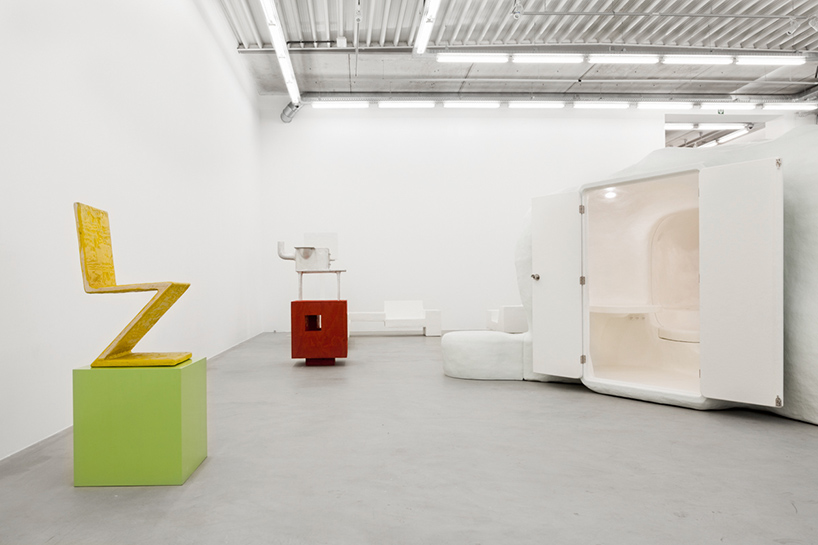 tribal dwelling, alongside works from the ‘neo-futurism’ and ‘new tribal labyrinth’ series

the largest work in the exhibition is a tribal dwelling, seemingly a rock cave carved out by man. the interior space and functions are determined by the original desires of the human being, forming an essential living unit shaped by irrational wishes. here again, a tribal object is mixed with the ideas of modernism. the sculpture is both contemporary and utopian, primitive and archaic. 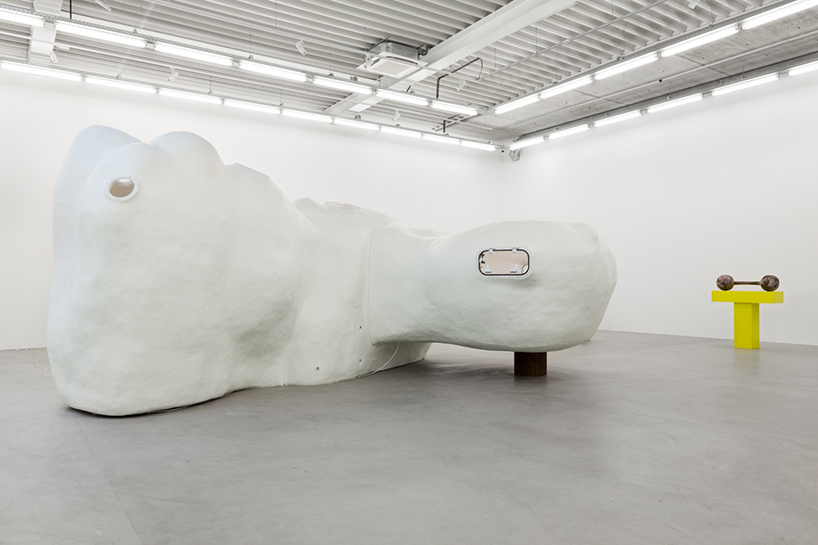 the tribal object, at the core of the exhibtion, is mixed with the ideas of modernism 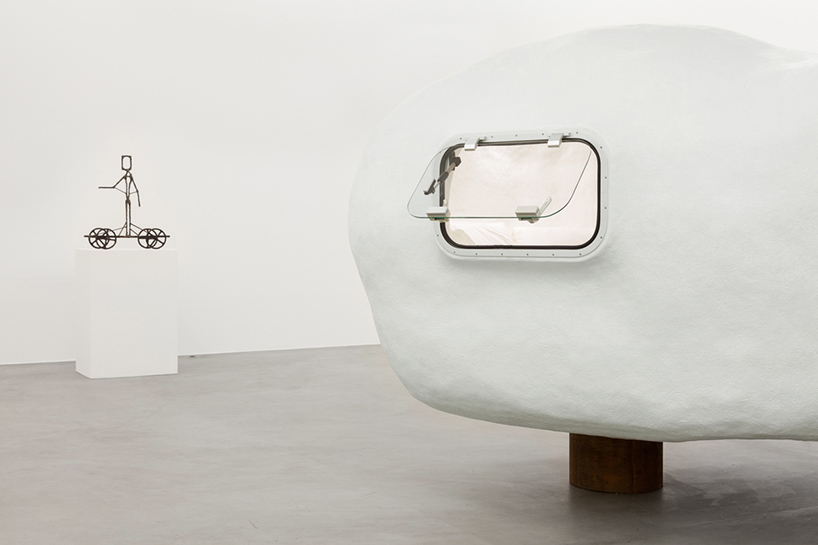 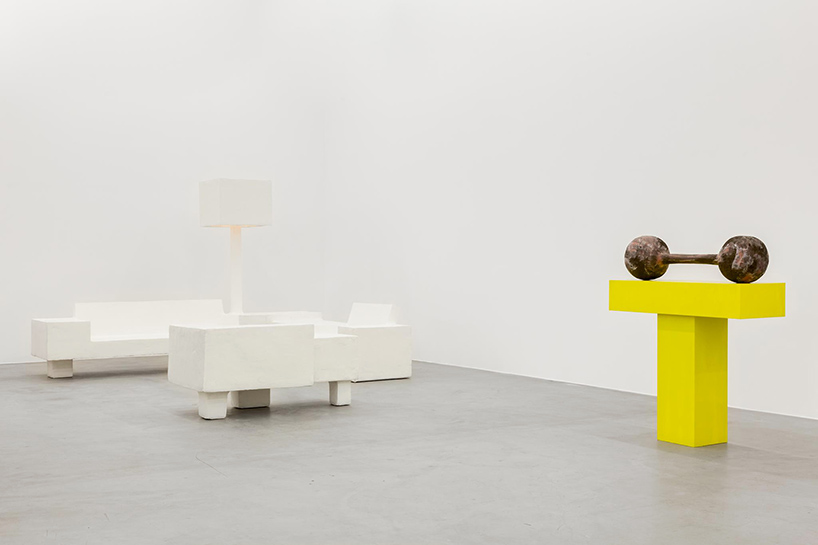 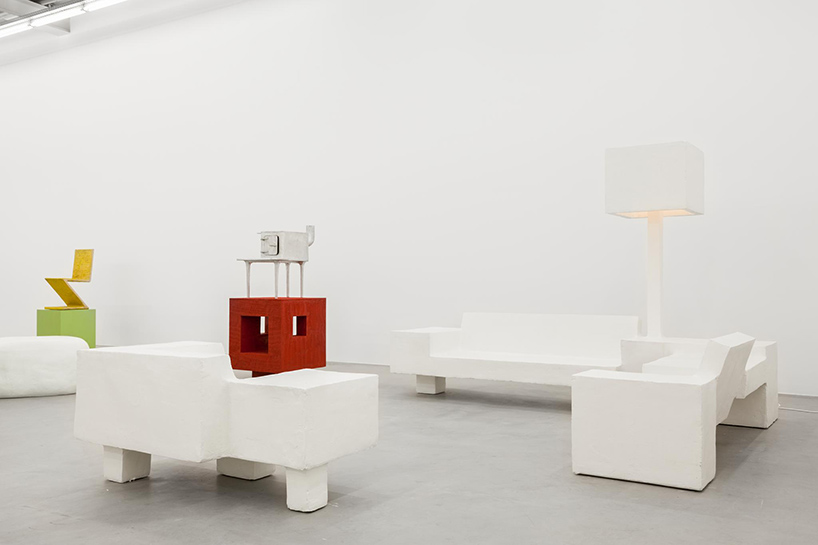 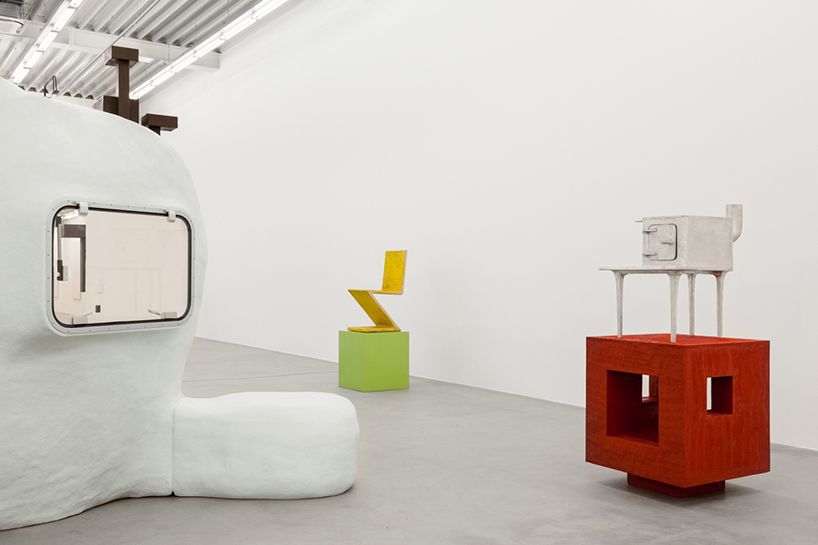 many varied styles and series are represented in the exhibition 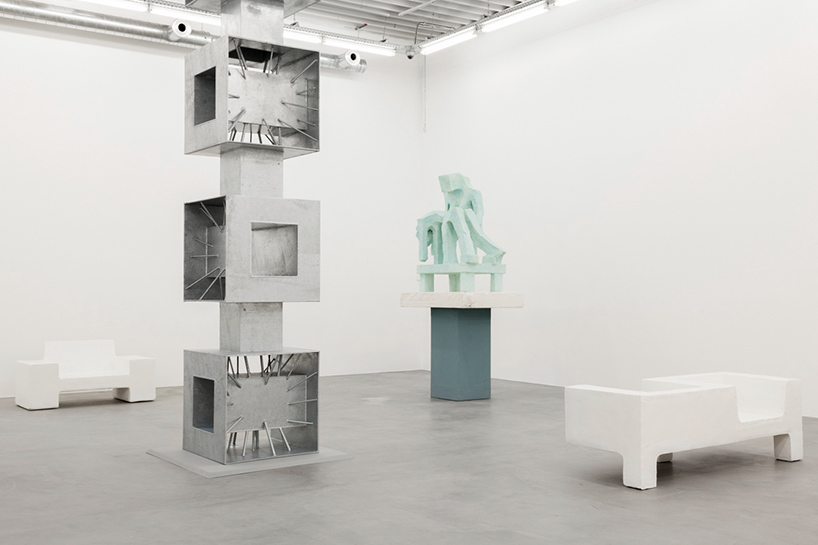 installation view of the ‘primitive modern’ work created for the exhibition 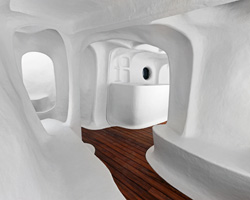