inspired by lava tubes under the surface of craters of the moon national monument in idaho, artist john grade has realized an 80 foot long, 13 foot high and 20 foot wide sculpture called ‘spur’. after visiting the national preserve — where ‘spur’ was temporarily installed from june to october 2016 — grade digitally scanned the interior of a lava tube, becoming the basis of the installation. large enough for visitors to walk through, ‘spur’ is made from alaskan yellow cedar and features flame charred interior surfaces that draw from the site’s extraordinary geology. the journey through the sculpture mimics the unique experience of exploring caves within the park. 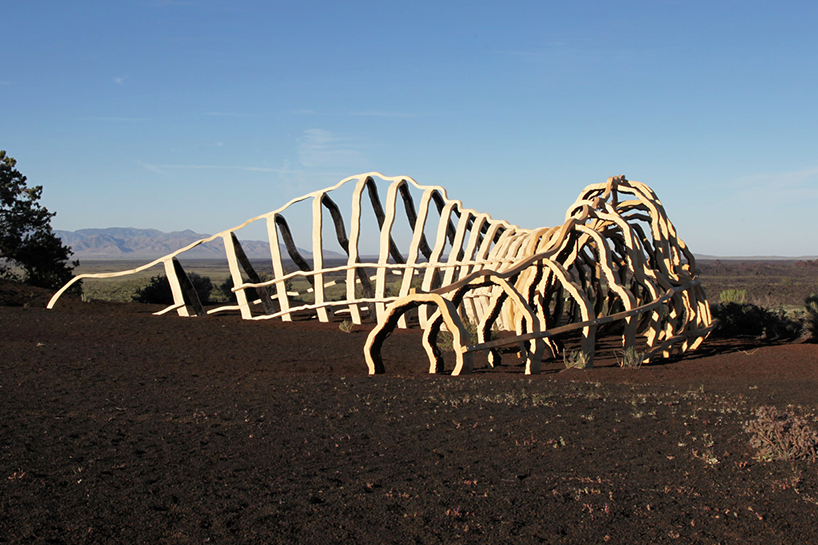 in the fall of 2016, grade relocated and permanently installed ‘spur’ in the city of ketchum, idaho. the sculpture is sited adjacent to a 20-mile long bike path, built along tracks the union pacific railroad once traveled, that links the four cities in the wood river valley region. the installation draws from the history of the railroad, particularly the ‘spur’ line that once diverged north from the main tracks, joining the craters of the moon national monument and the wood river valley. the ketchum site still holds a small section of track, and ‘spur’s’ charred black surface and horizontal spines evoke railroad tracks and allude to the bike path’s history. 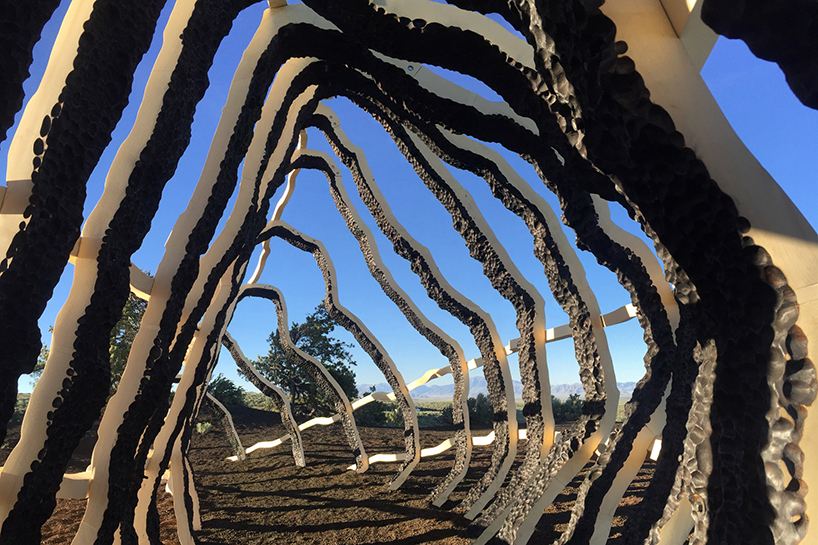 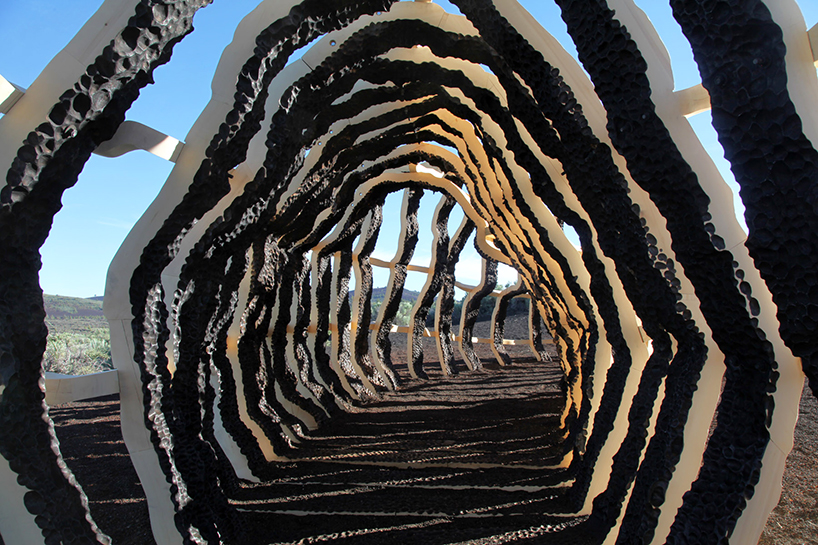 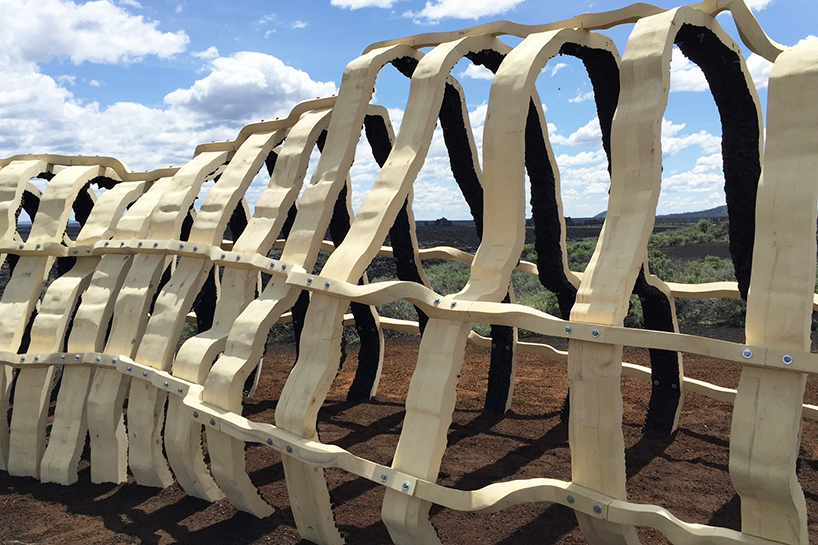 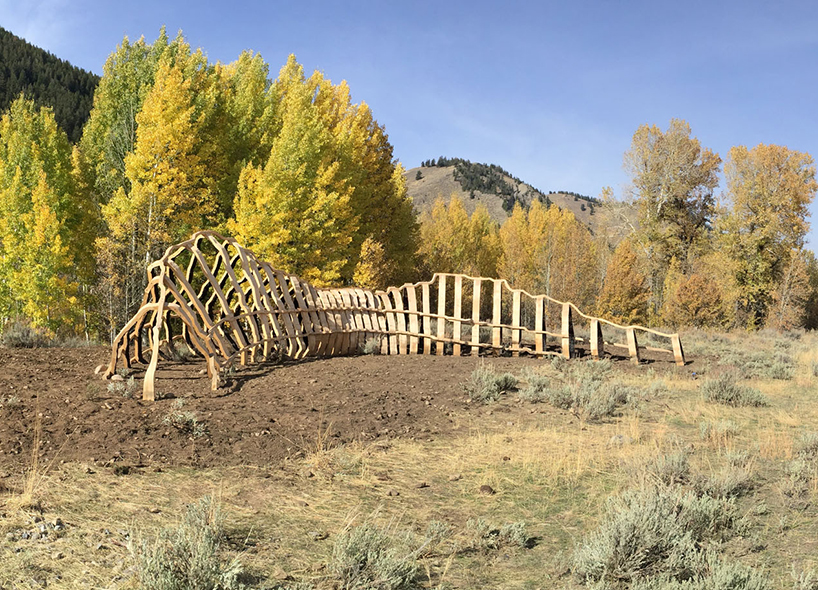 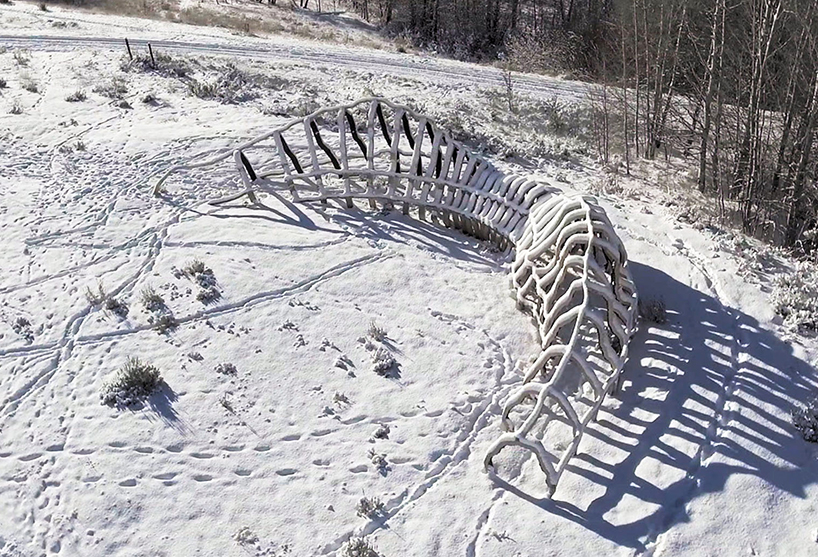 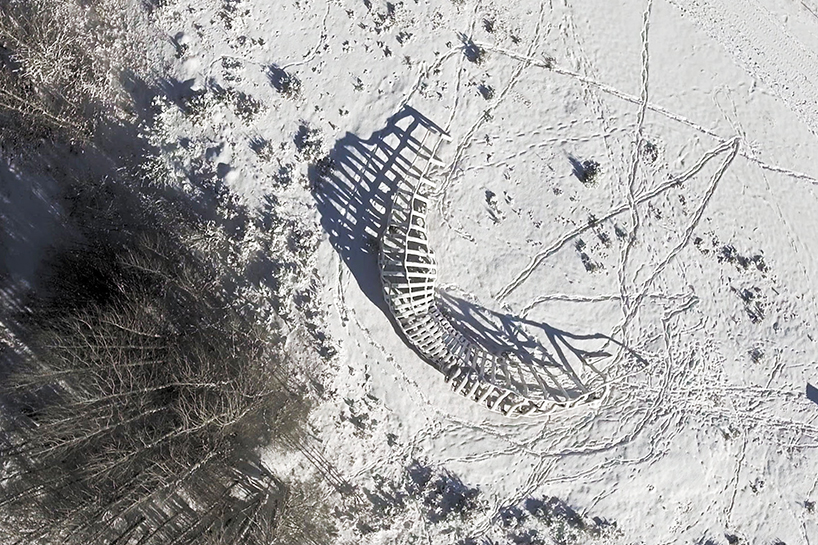 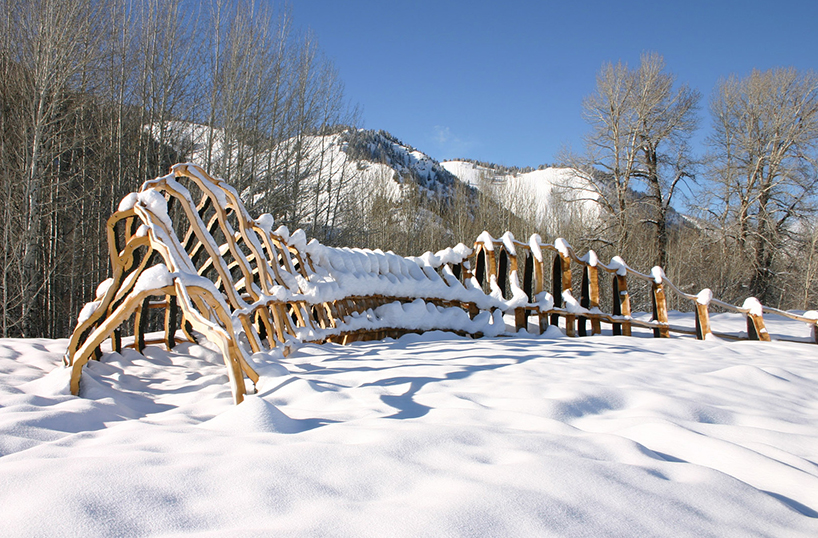 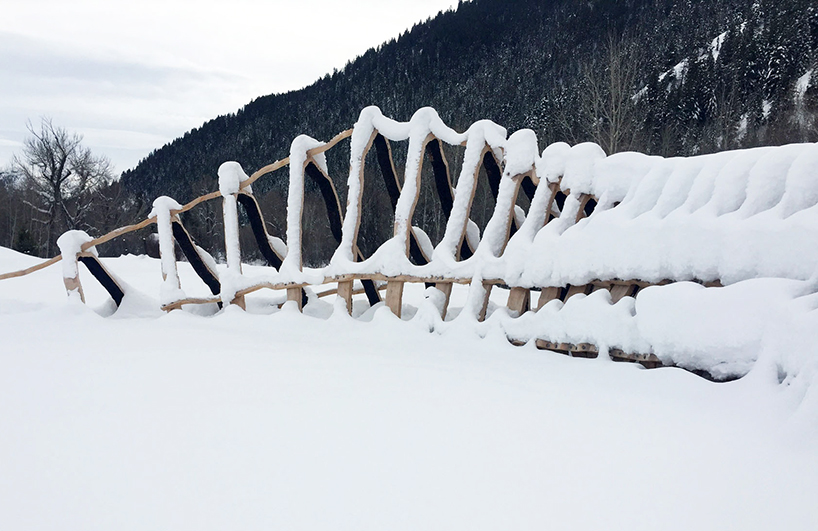 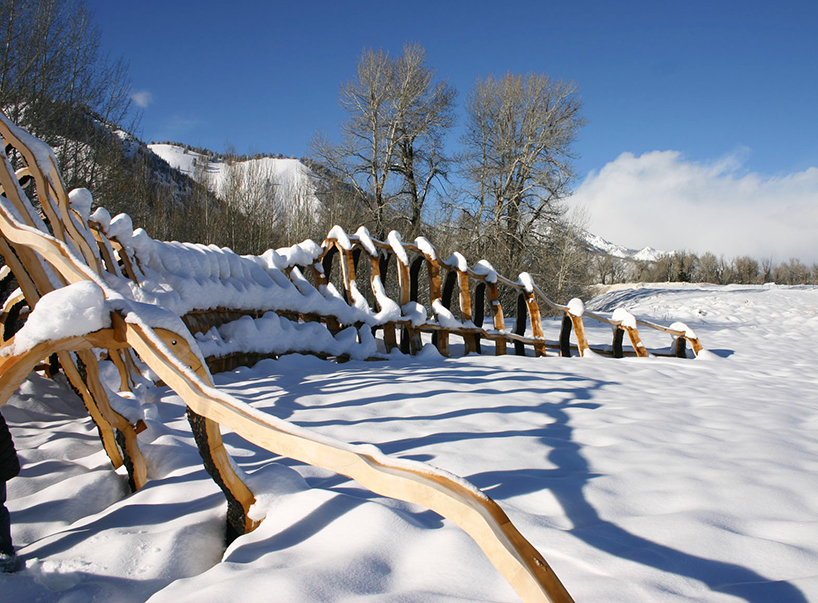 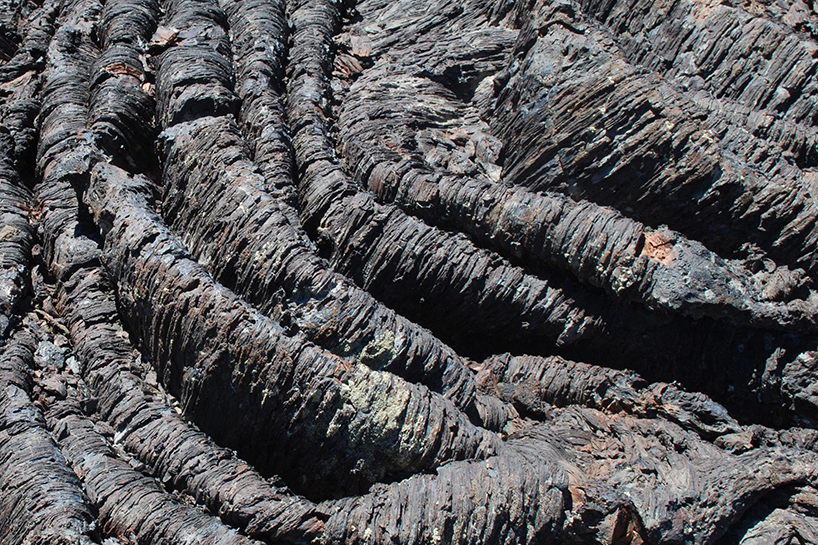 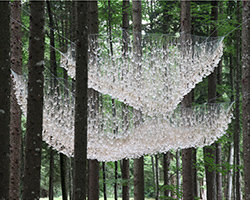 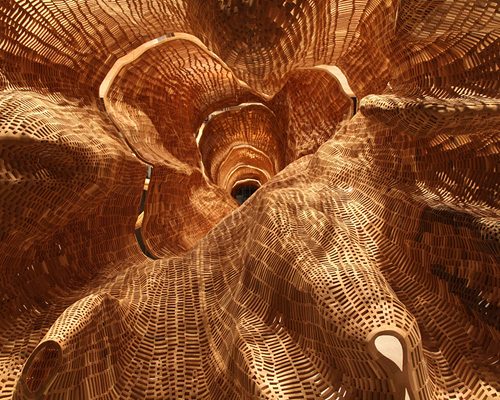 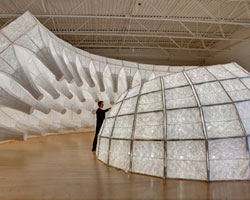