over the past seven years, photographer jonathan lipkin has captured the emotional resonance of the ocean, exploring our perception of the sea and its fleeting nature. recreating the psychological space of the ocean, his composite photographs are created by leaving the camera’s shutter open for several seconds, and then printed in monumental scale to immerse viewers into the limitless horizon.

ocean is the first chapter in a series where lipkin examines our relationship with the natural world, our perception of infinity through the sea, and how vision is expressed photographically. ‘the ocean is changing, repetitive, and stable,’ notes the photographer, ‘waves crash steadily onto the beach as the horizon stretches limitlessly before us. photographs are said to freeze time, and most exposures are short enough that the passage of time is not apparent. while we have become accustomed to what is often called “straight photography,” this style is not adequate to convey my experience of the ocean.’

in order to capture the fleeting nature of the sea, lipkin’s process includes leaving the camera’s shutter open for several seconds, resulting in images that, while not traditionally sharp, suggest the emotional condition of the water. ‘time and again, I pointed my camera at the waves, yet my photographs showed it inert, motionless in time, never revealing its alchemy, its mystery, its allure,’ lipkin explains. ‘it was this failure that prompted me to formulate a technical and artistic framework to mirror the transience of the sea and create order from the seemingly random, undulating, and interconnected structures of the surf.’ 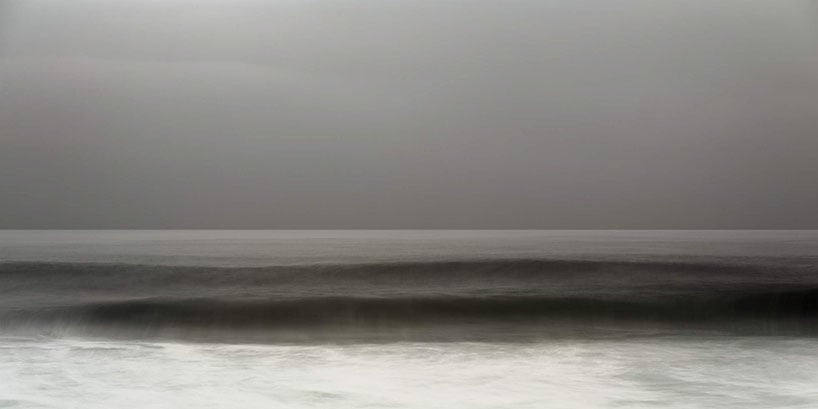 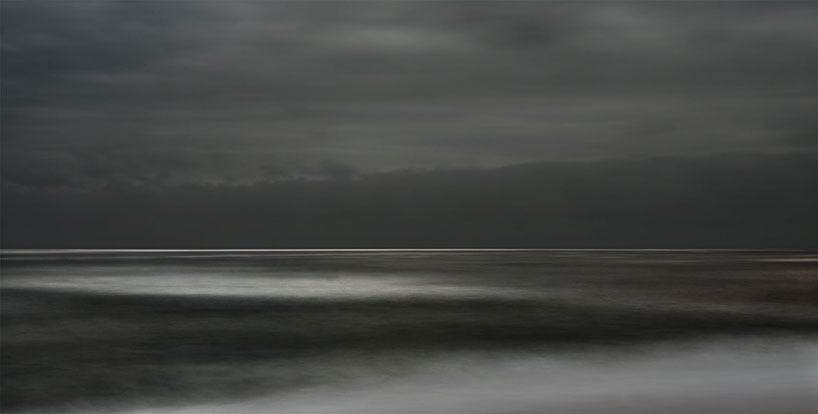 name: ocean, the translucence of time