marking a breakthrough in the capabilities of technology and science in relationship to creativity and craftsmanship, london-based artist jonty hurwitz has created the smallest known, human-shaped sculptures in the world —  completely invisible to the human eye. ‘trust’ and ‘cupid and psyche: the first kiss’ span about the same scale as a sperm, and can only be perceived on the screen of powerful scanning electron microscope.  how can you ever know that this sculpture really exists? ‘your only way to engage with it is through a screen, and a mouse separating you and the art via a vacuum and a series of mathematically mind-blowing quantum processes that shower the art with particles to map its contours’, hurwitz explains.

the story of trust: a nano sculpture
video courtesy of jonty hurwitz

the nano sculpture is created using 3D printing technology and a technique called multiphoton lithography, which works to create super-small features within a photosensitive material. ultimately the pieces are created using the physical phenomenon of two photon absorption: ‘art, literally created with quantum physics’, describes hurwitz. ‘if you illuminate a UV-sensitive polymer with ultra violet light, it solidifies wherever it was irradiated in a kind of crude lump. some of you may have experienced a polymer like this first hand at the dentist when your filling is glued in with a UV light. if however you use longer wavelength intense light, and focus it tightly through a microscope, something wonderful happens: at the focus point, the polymer absorbs two photons and responds as if it had been illuminated by UV light, namely it will solidify. this two photon absorption occurs only at the tiny focal point — basically a tiny 3D pixel (called a voxel). the sculpture is then moved along fractionally by a computer controlled process and the next pixel is created. slowly, over hours and hours the entire sculpture is assembled pixel by pixel and layer by layer.’ 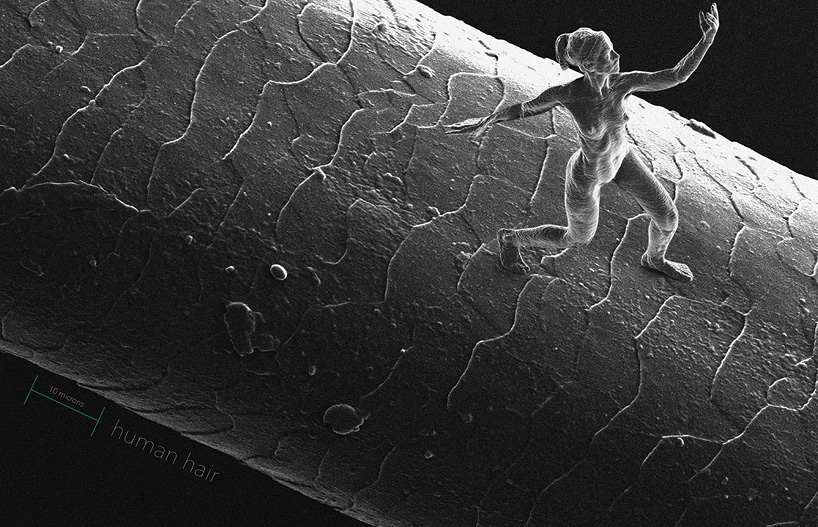 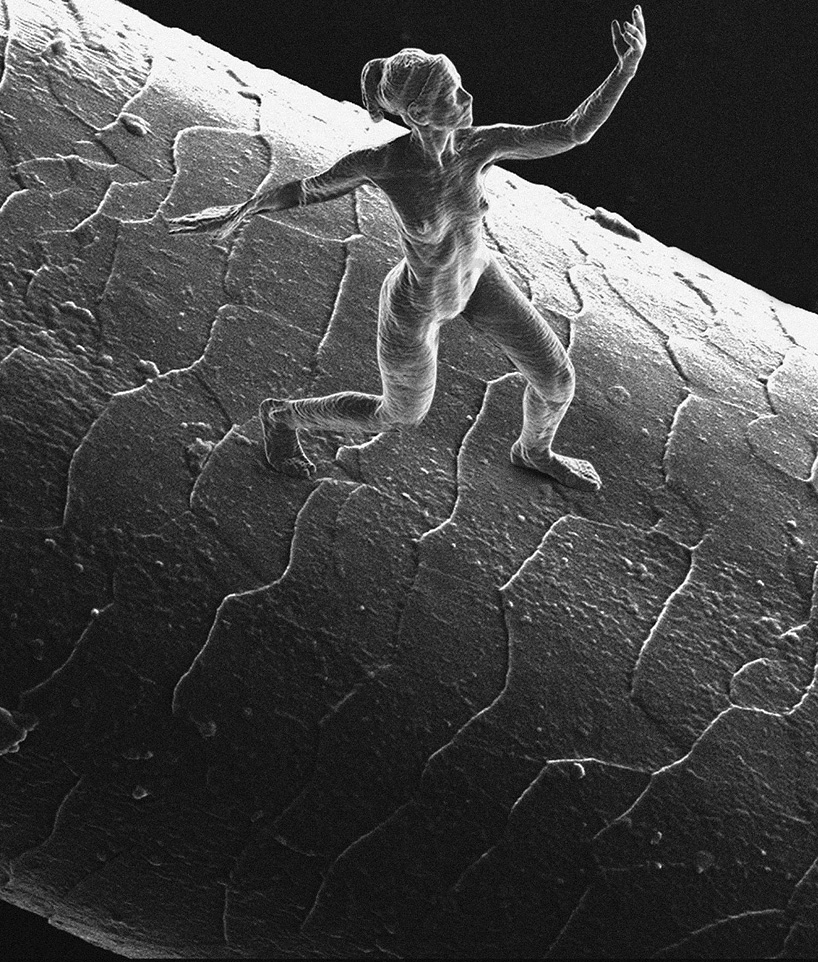 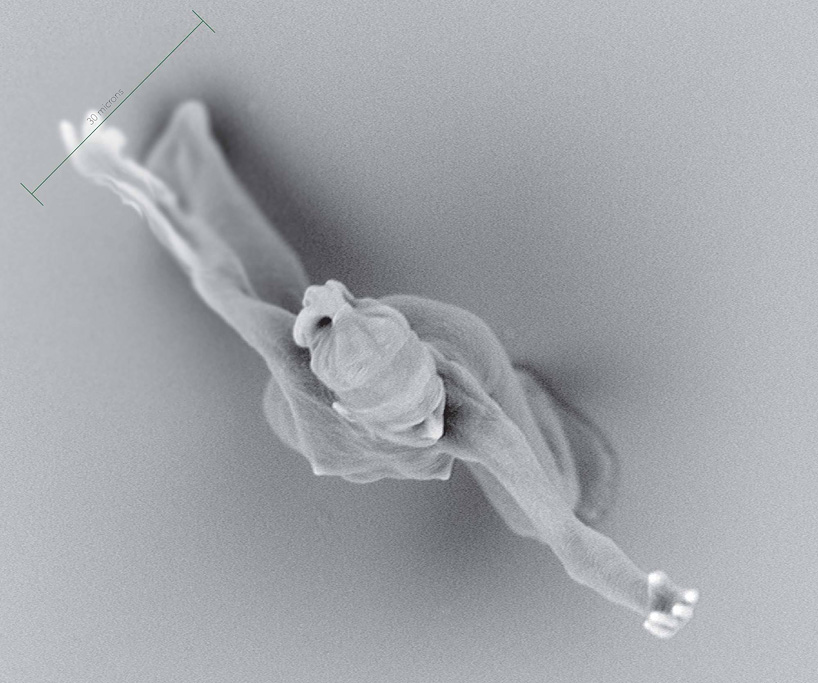 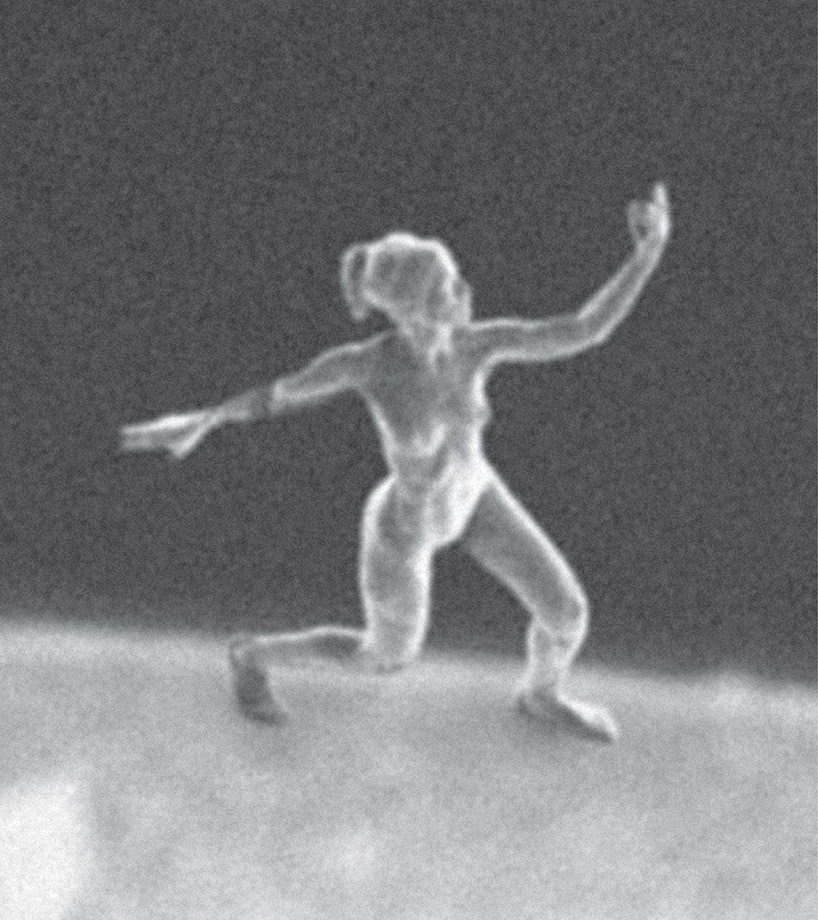 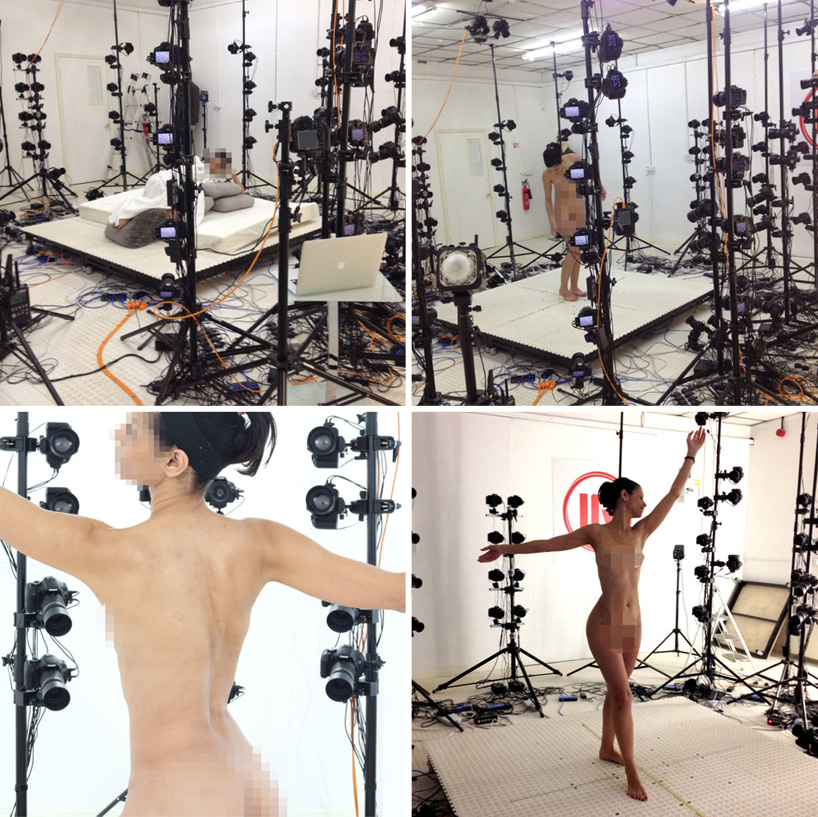 making-of: 360° photographic rendering of a model 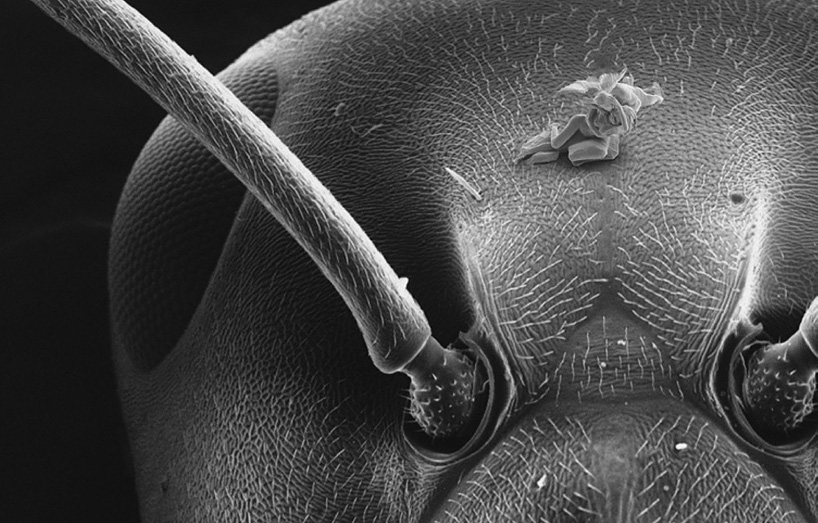 cupid and psyche: the first kiss as seen on the head of an ant 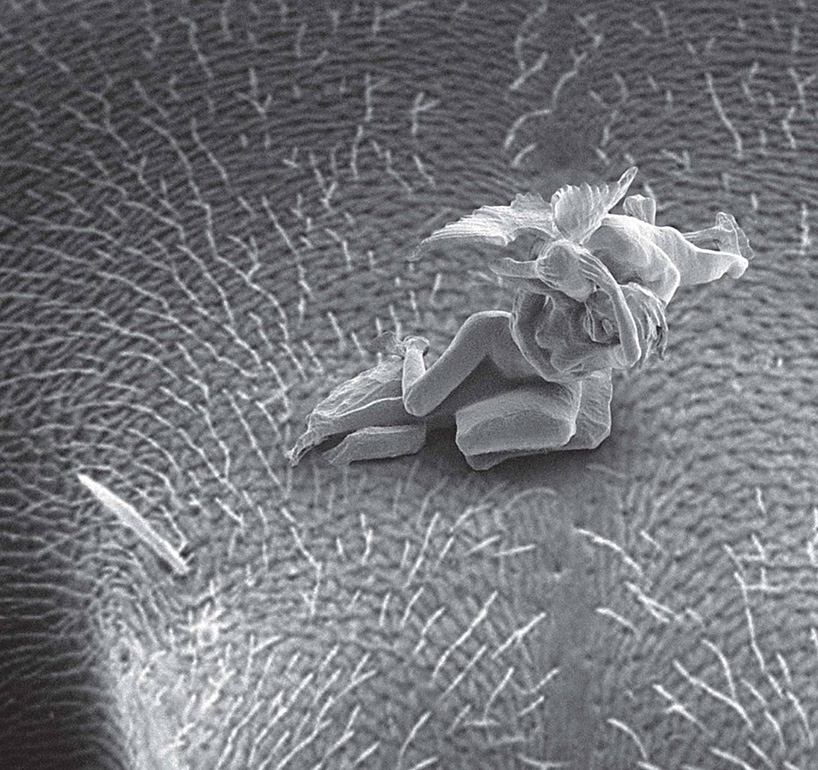 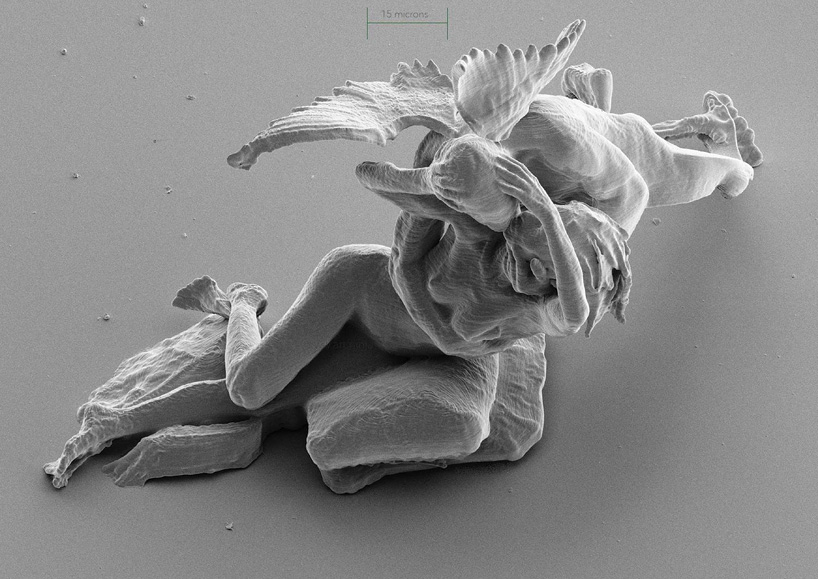 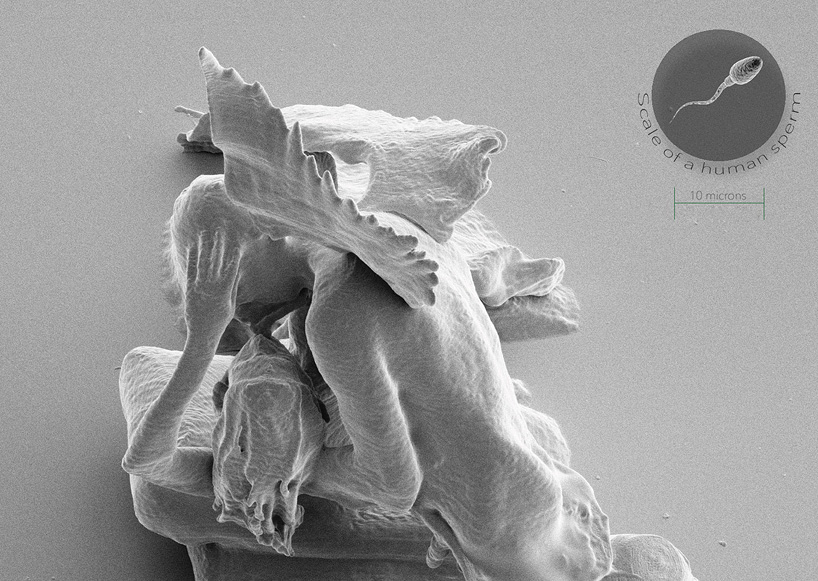 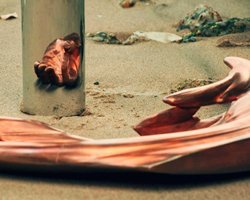