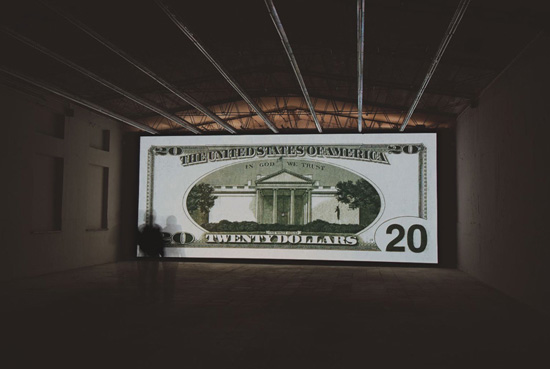 in one of his best-known works, the white house (2005-2006), a person is seen entering the white house on the american twenty dollar bill. a short while later, the person starts painting out the building’s windows and doors, eventually rendering it entirely window- and door-less, and thus creating an image of the white house as being closed and insulated from the outside world. 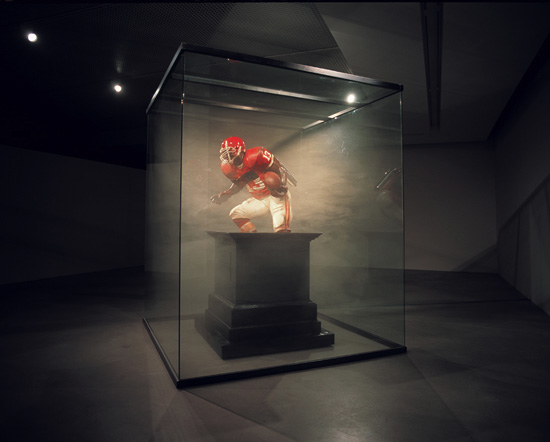 joonho jeon was born in 1969 in busan, south korea. after studying fine art at busan’s dong-eui university, worked as a university teacher, a sculptor of buddhist sculptures, and also in the food and beverage industry. later studied art at london’s chelsea college of art and design. first exhibition held in 2000 and since then has participated in solo and group shows at several well-known galleries in south korea and in the west. international exhibitions include: gwangju biennale (2004), singapore biennale (2006), and asian art triennale (taipei, 2007). has participated in exhibitions such as the mori art museum’s ‘all about laughter’, 2007. works are included in numerous museum and private collections, including those of the museum of fine arts, houston (united states), national taiwan museum of fine arts, and the saatchi gallery. one of south korea’s leading young artists.