jorge mañes sala b, barcelona on until january 31st, 2011

one of the paintings in jorge mañes’s ‘born again’ installation

with ‘born again‘, spanish industrial designer jorge mañes approaches questions of public space, history, and the place of the individual in a series of multimedia paintings and installations. the exhibition is currently up at sala b in barcelona, where mañes also undertook a guerrilla street art campaign to extend the ideas of the work out onto the city streets. 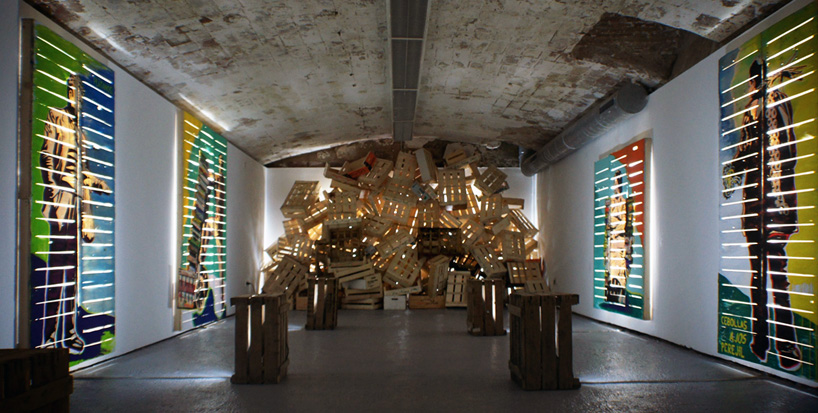 full view of the exhibition piece, with works on all shown walls

the images and concepts behind ‘born again’ are rooted in the born market, an 8000 square meter covered square nicknamed ‘the cathedral of iron and glass’ for its materials. built over some of the oldest ruins in spain and for more than a century home to the city’s major fruit and vegetable market, the building has been in disuse since 1977 and is currently facing reconstruction. sala b overlooks the market, creating a fitting space for mañes’s exploration. 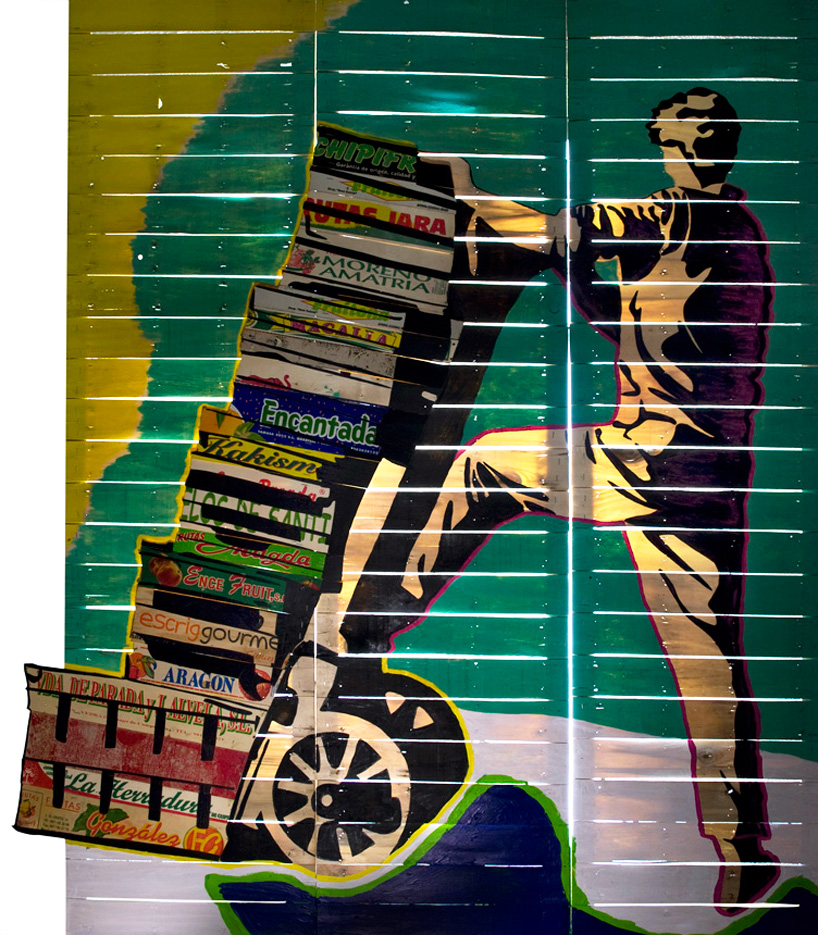 mañes took as his point of departure the photographic series ‘born’, created by spanish photographer joan colom in 1963, that depicts anonymous workers and frequenters of the market in their daily activities.

including in his paintings the side panels of real wooden fruit boxes and mimicking in his pieces the slitted light effects rendered in the market building by its iron and glass construction, mañes fills the space with the people who once occupied the area. 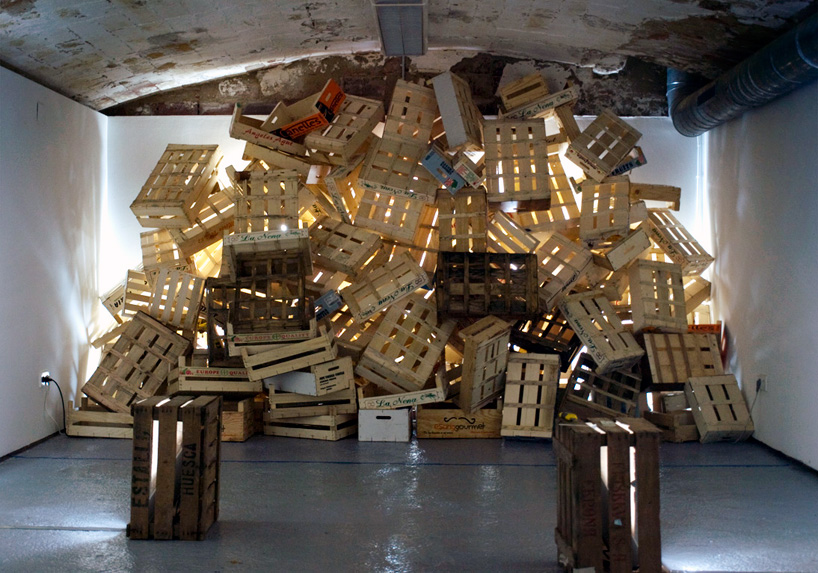 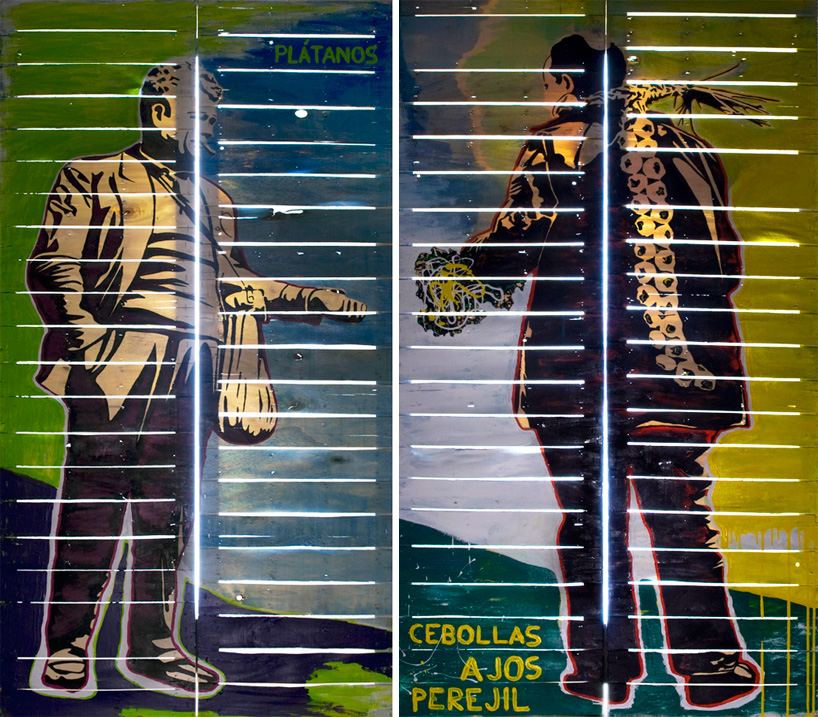 two more of the paintings 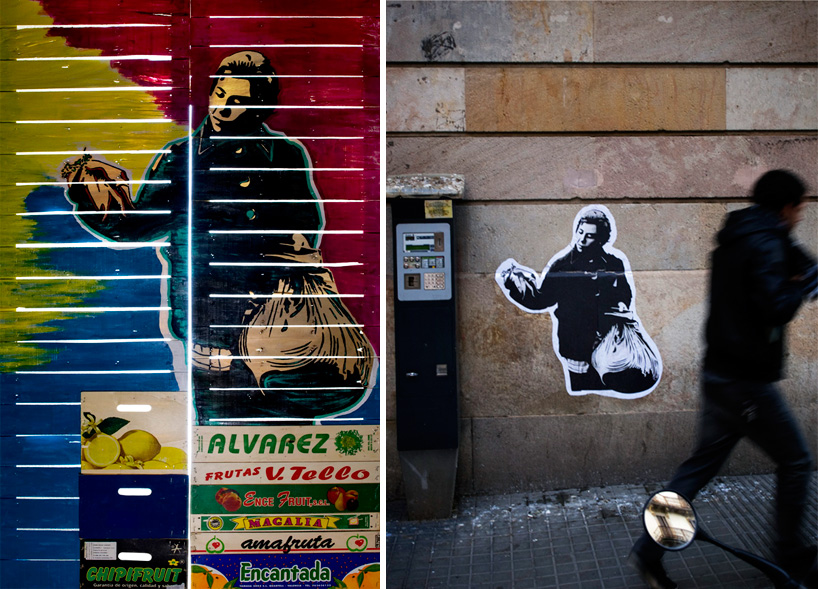 left: installation view of one of the multimedia paintings right: the same image, wheatpasted onto a public city wall as part of mañes’s guerilla campaign

before the gallery’s opening, mañes also wheatpasted some of the characters on public city walls in the area around the market. an online map of their locations encouraged viewers to seek them out, thereby recreating the kind of conversational, public site of engagement that the born market once provided. 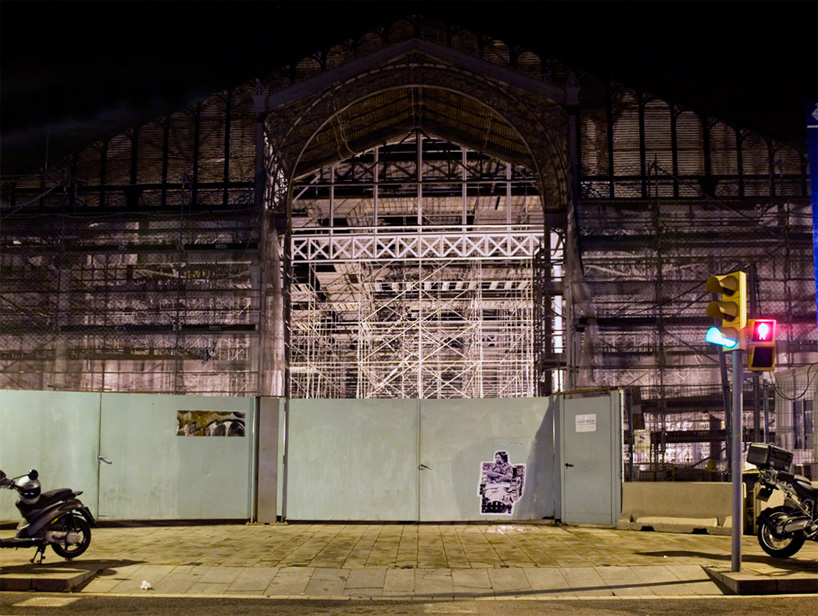 one of mañes’s wheatpastes, with the born market in the background 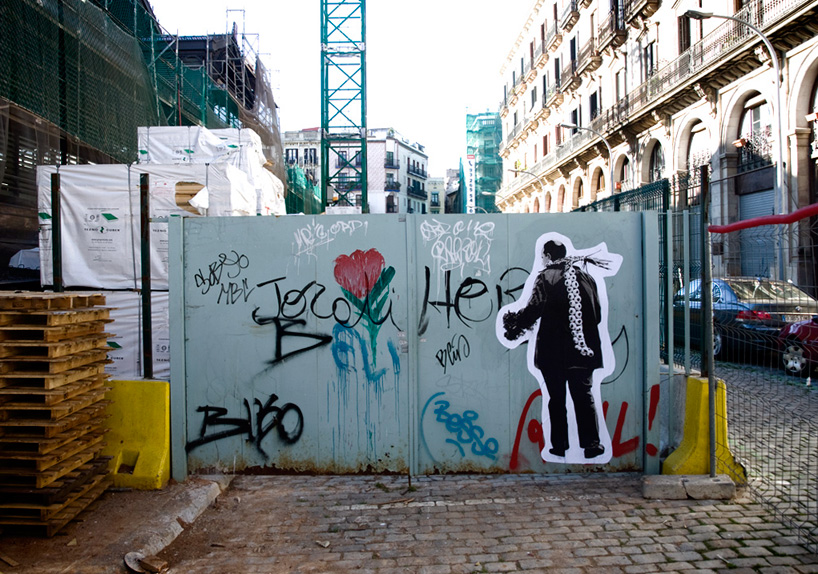