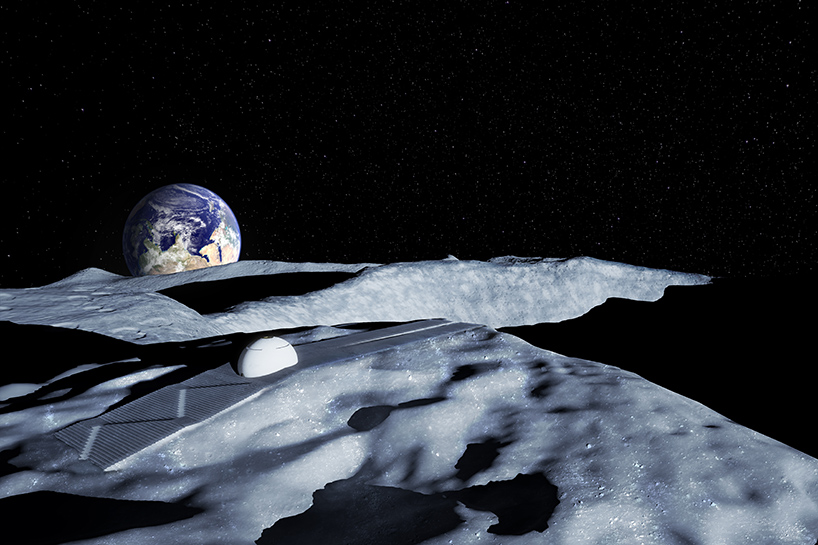 during a residency at the european space agency, artist jorge mañes rubio looked closely at the potential of human presence on the moon and envisioned a landmark for a future lunar settlement. rather than imagining a space of scientific discovery or sci-fi tourism, rubio took a decidedly human, and even spiritual approach, designing a scheme for ‘the moon temple’. forming part of the project ‘peak of eternal light’, the architectural installation draws from the cultural and societal elements that define us as humans, no matter where we come from in space or time.

during his time at the european space agency, rubio probed questions about the motivations and needs of new space civilization: what sort of rituals, aesthetics and new cultural artifacts will be created? when someone is born on the moon, what culture will he grow into and develop? 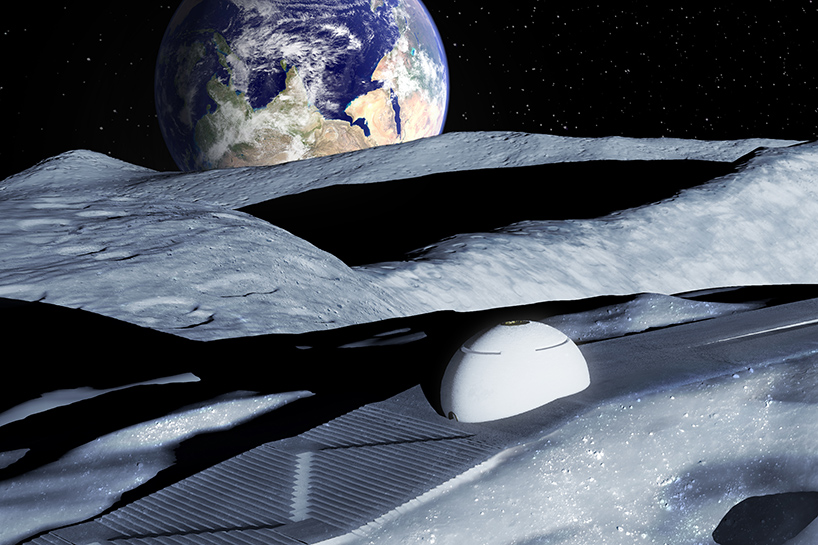 with this in mind, rubio developed the vision for ‘the moon temple’, encouraging us to look at the future of space exploration with a more human perspective. the structure’s potential locale is on the rim of the shackleton — a gigantic impact crater situated on the south pole of the moon with a diameter of 21 kilometers and a depth of more than 4,000 meters. while some of its peaks receive almost continuous sunlight, its interior is one of the coldest and darkest places in the solar system. with the potential to capture ice water — key for a self-sustainable lunar settlement — the area would play perfect host to rubio’s ‘moon temple’. 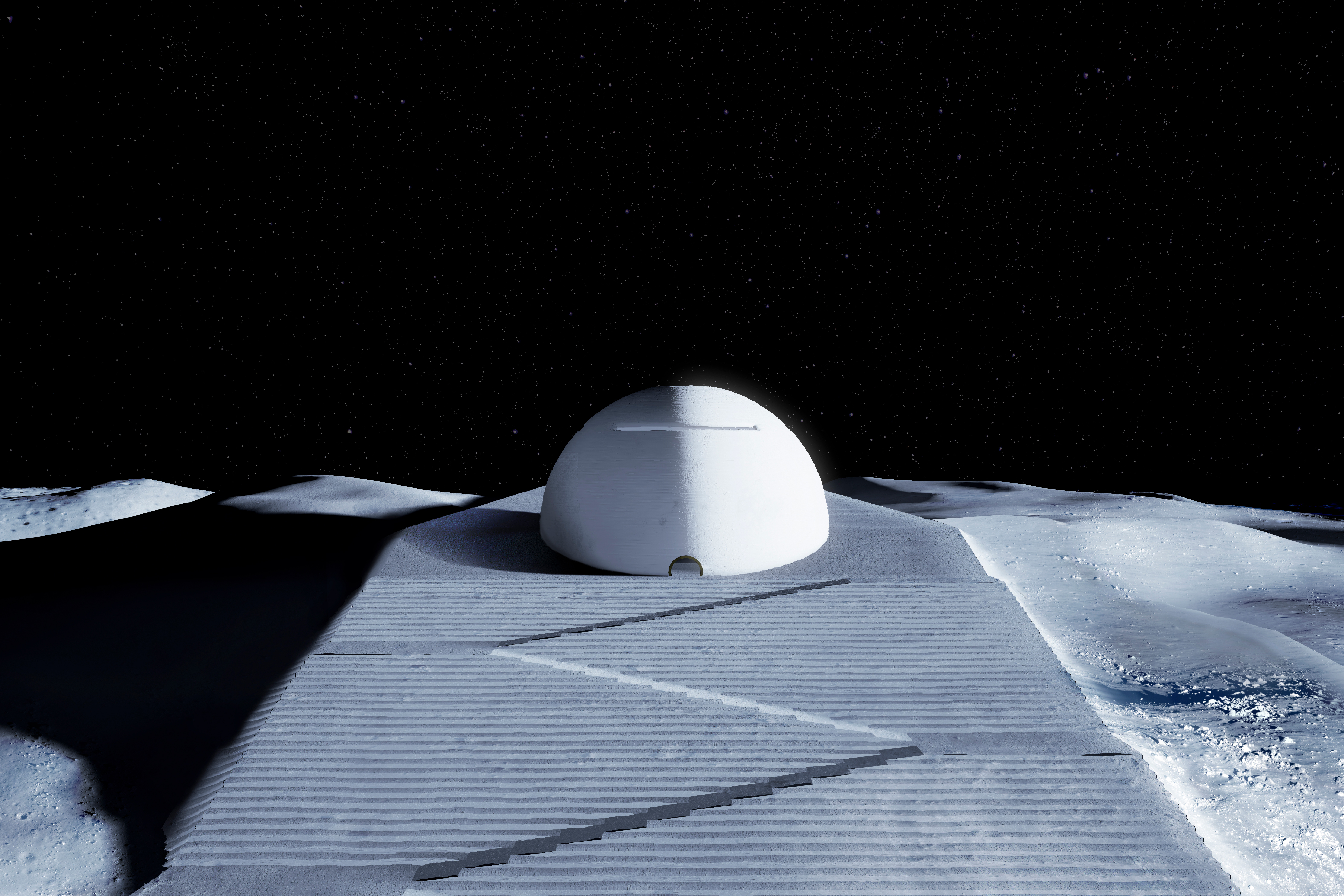 view of the lunar temple and its main entrance

‘the moon temple’ would be 3D printed using lunar dust, soil, and rock — a material that would create ‘soft’ structures resembling traditional adobe architecture. the design and visualization, created in close collaboration with spatial designers DITISHOE, draws from a range of architectural styles, from pre-columbian temples or sudanese adobe architecture, to rome’s pantheon and turrell’s roden crater. rubio was greatly inspired by étienne-louis de boullée and claude nicolas ledoux’s utopian architecture, too large to ever be physically realized, but nevertheless having a great influence on many creatives after them.

‘the moon temple’ intends to celebrate humanity, and serve social, cultural and spiritual purposes, envisioning our interplanetary future as a unique chance to do things differently. 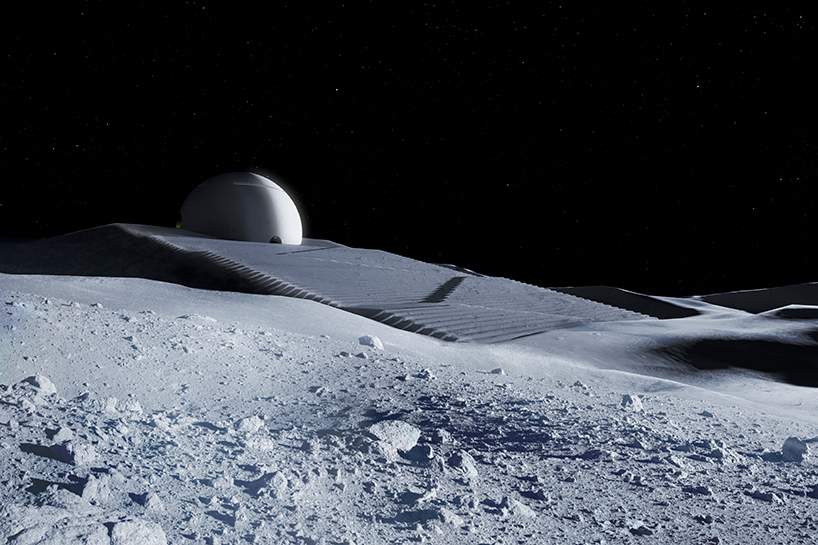 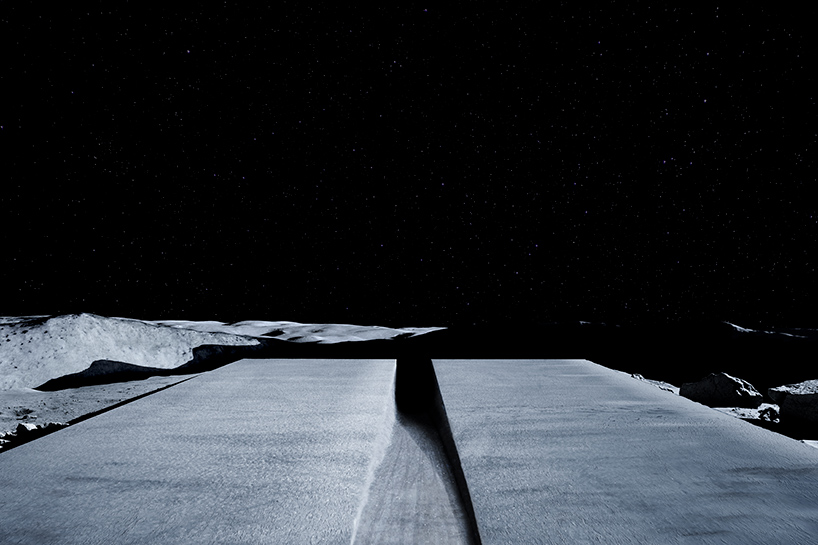 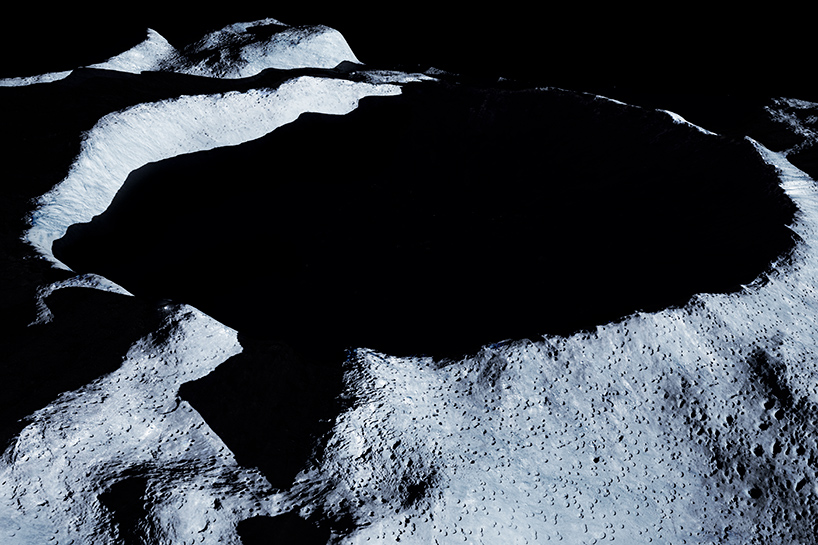 the 4.2km deep, 21km wide shackleton crater, with the lunar temple visible as a small bright dot on the left of the image 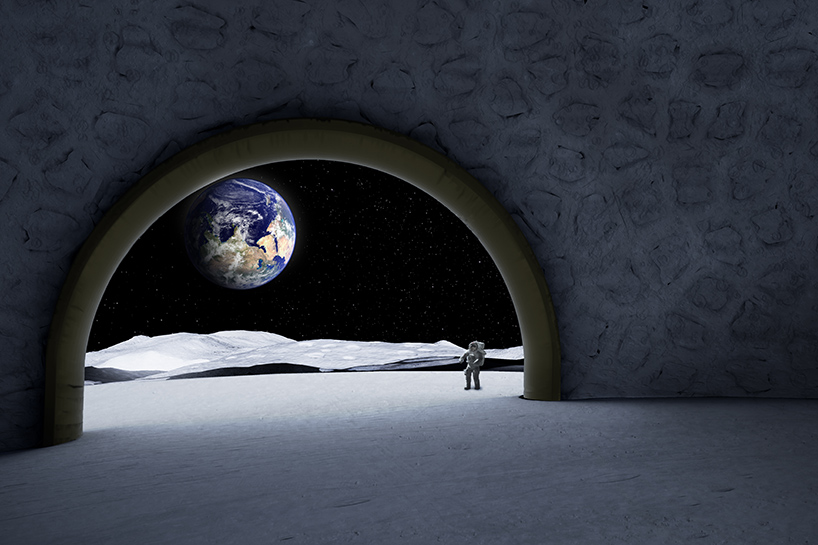 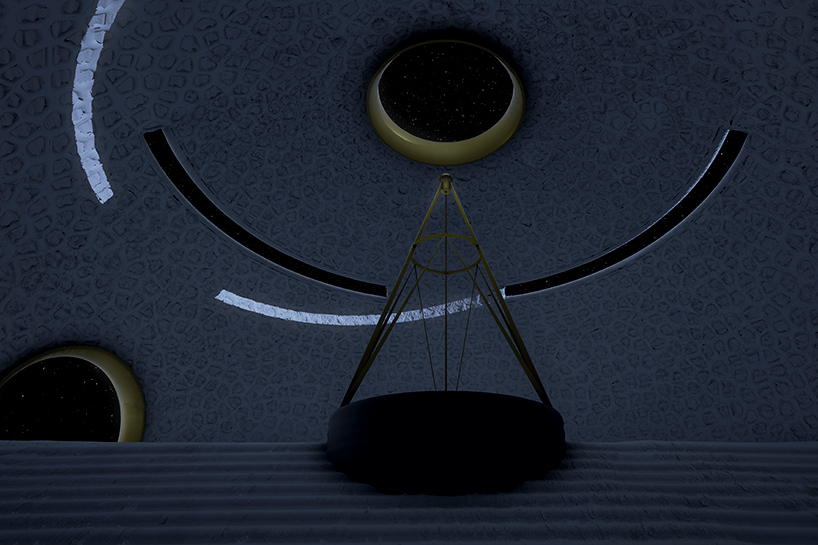 inside: through the central oculus, a lunar liquid mirror telescope gazes into the oldest objects in the universe 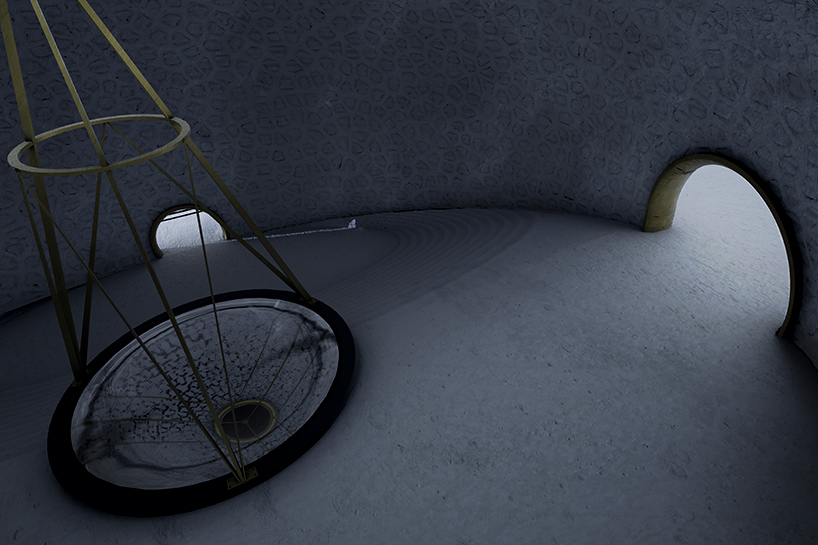 left: view of the lunar liquid mirror telescope, the temple’s main entrance and the forum; right: the earth oculus 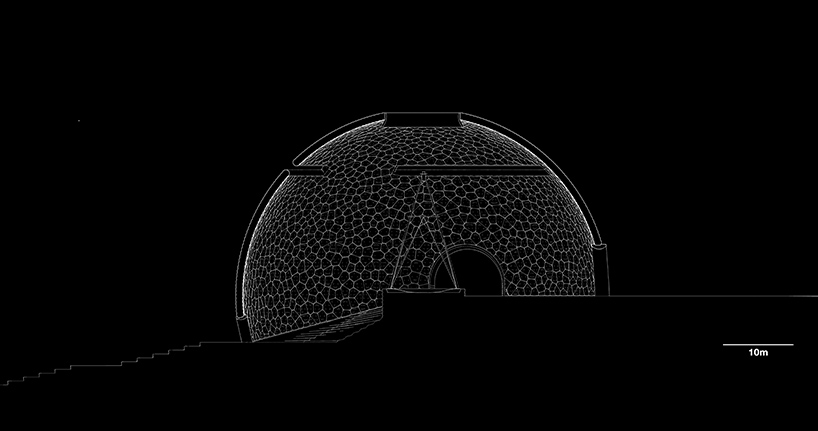 section of the lunar temple

HUMAN FASCINATION WITH THE MOON (45)