jorge mayet is a cuban born artist who exhibits his work extensively in spain as well as galleries around the world. his artwork consists of small scale sculptural installation which are actually replicas of imaginary trees, plants and other natural objects, only miniaturized. the pieces stand only a few centimeters rather than many meters. but the works are not direct replicas, instead mayet re-imagines the trees, removing the ground to show the roots or keeping the ground in a big clump. the works are made with electrical wire, paper, acrylics and fabric, which are combined to create realistic qualities. 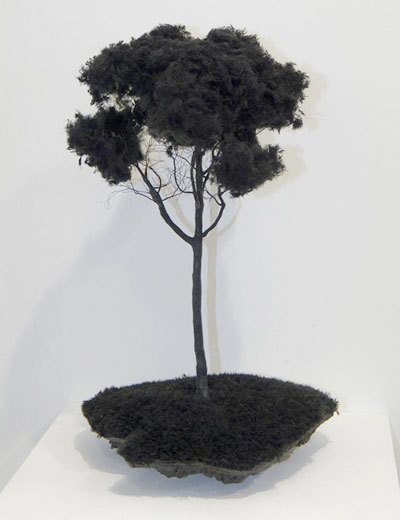 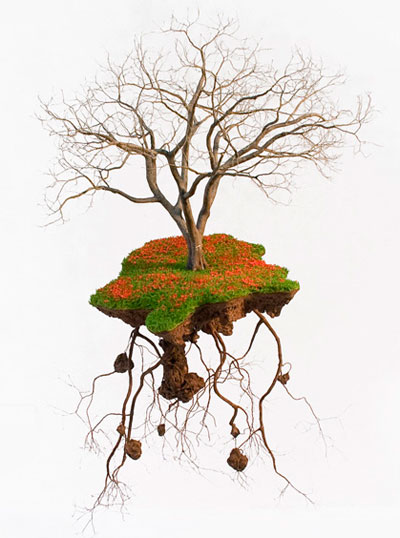 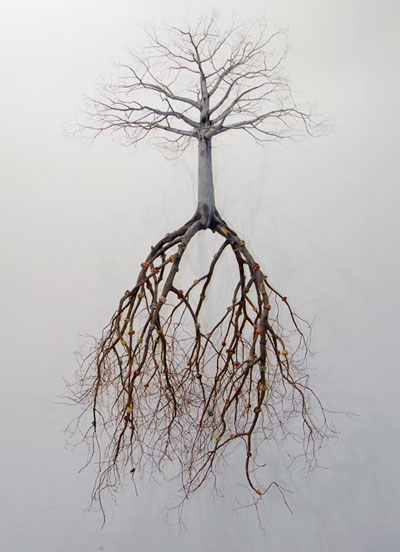