josé parlá is a cuban-american artist known for his large scale murals that comprise bold layers of paint and gestural drawing. born in miami, the young creative moved to new york in the 90s before rising to prominence. in 2012, parlá returned to his ‘soul country’ to participate in the havana biennial alongside french artist JR — a collaboration that attracted international attention. 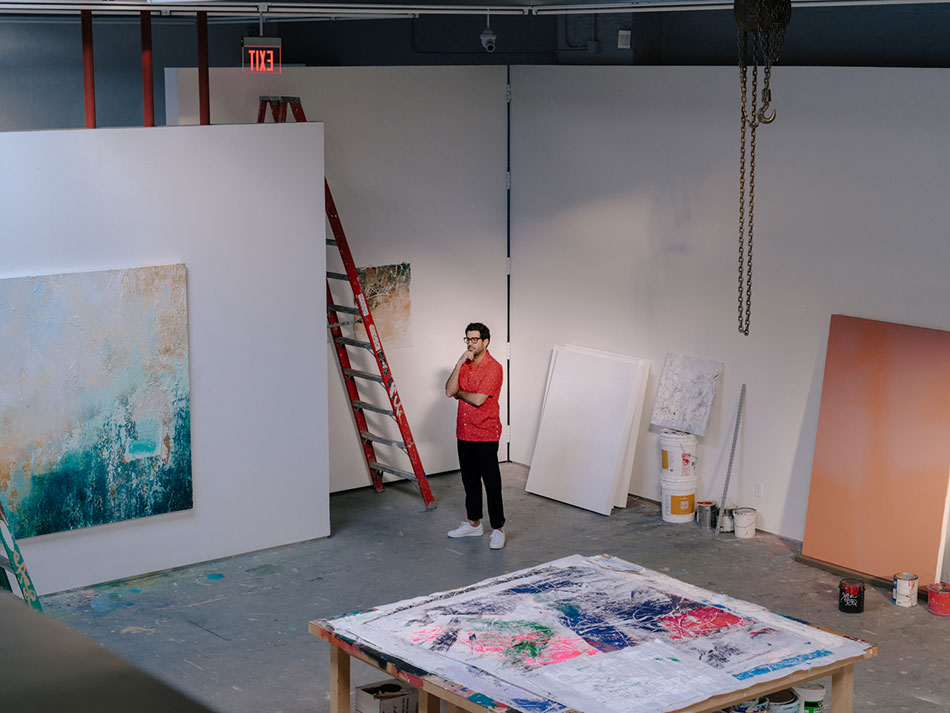 all images by mark mahaney

in the summer of 2014, josé parlá worked with architecture studio snøhetta to convert his recently acquired warehouse into a new studio. occupying a single-storey structure, the workspace is surrounded by mechanics and manufacturers in brooklyn’s industrial gowanus neighborhood. as part of its latest new york-focused issue, PORT magazine goes behind the studio’s nondescript façade to take a tour of the space with the artist himself. 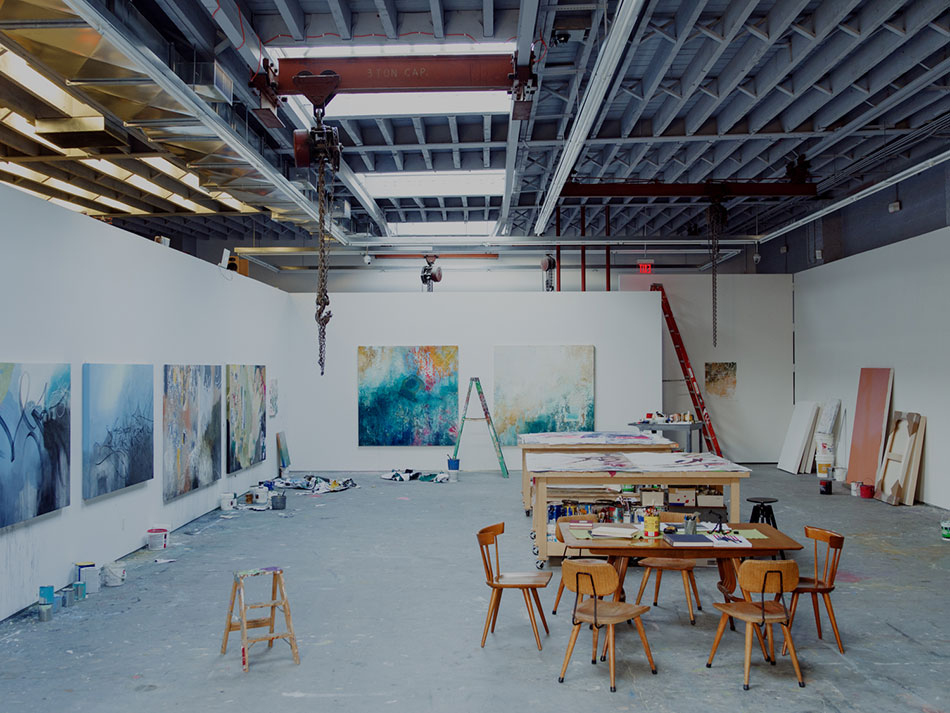 ‘I don’t live here, but I pretty much feel like I do,’ the artist tells journalist kyle chayka in the piece. parlá works at the center of the space, described as a ‘wide sky-lit arena hung with the artist’s vibrant, gestural paintings in progress’. above this ‘arena’ is what parlá refers to as the ‘nest’ — a more intimate, mezzanine workspace that includes an office, as well as a small meeting area complete with a couch and chairs. a library, bathroom, and kitchen are contained below, neatly positioned out of sight. 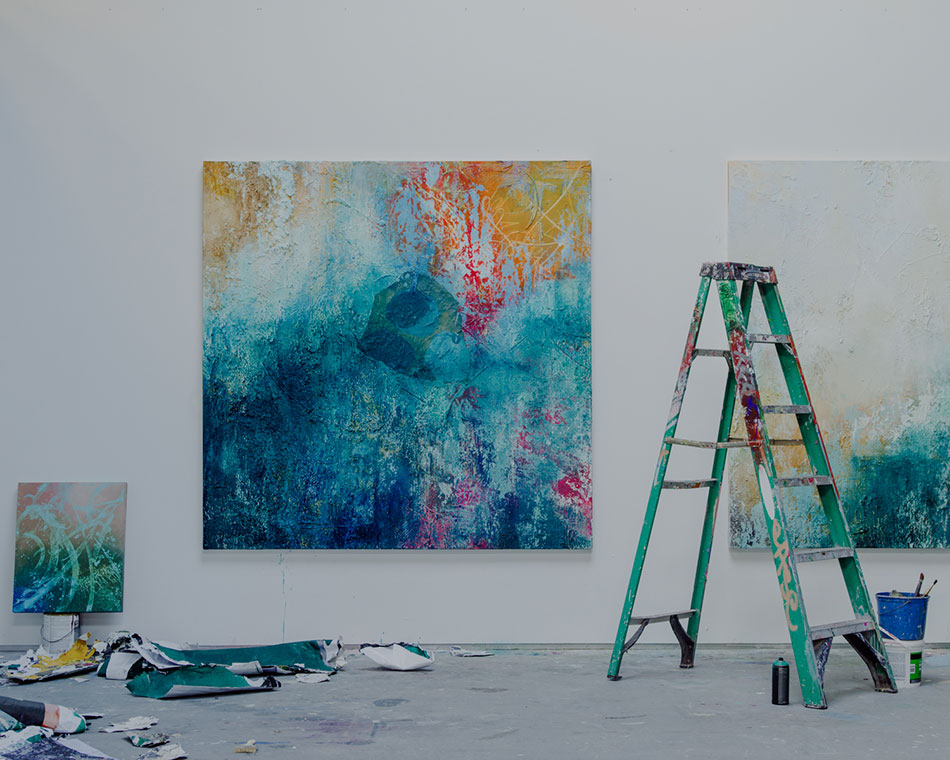 vibrant, gestural paintings are hung on the studio’s walls

‘for a more comfortable work environment, the old skylights were re-opened to allow natural light into the middle of the working space,’ explains snøhetta. ‘the interiors are painted with neutral grey tones to allow the vibrant colors of josé’s paintings to stand out more brightly within the work space.’ the project is just one of parlá and snøhetta’s ongoing collaborations, which also includes a mural completed for a library at north carolina state university, and an artwork for the façade of another library project in queens. 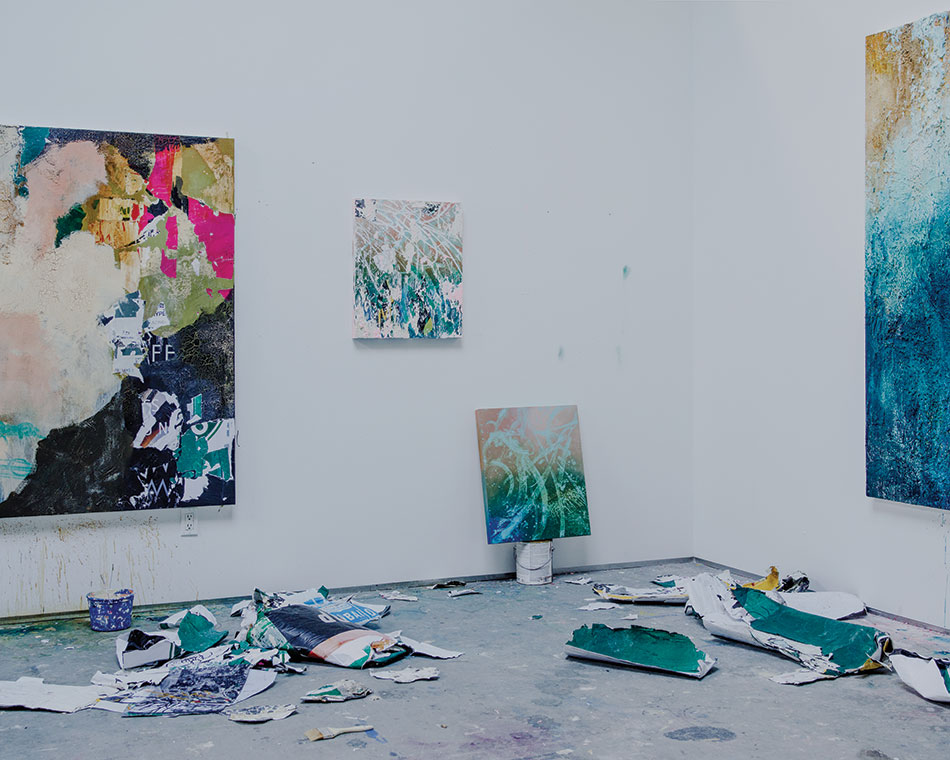 parlá is known for his large scale murals

the feature, which has been supported by levi’s made & crafted, and its havana-inspired SS17 collection, is taken from PORT issue 20. among other things, the article explores parlá’s aversion to the term ‘street art’ and his desire to reach a wider audience through his work. ‘you’re having a connection with the public that’s different, than with someone who’s searching for art,’ he says. 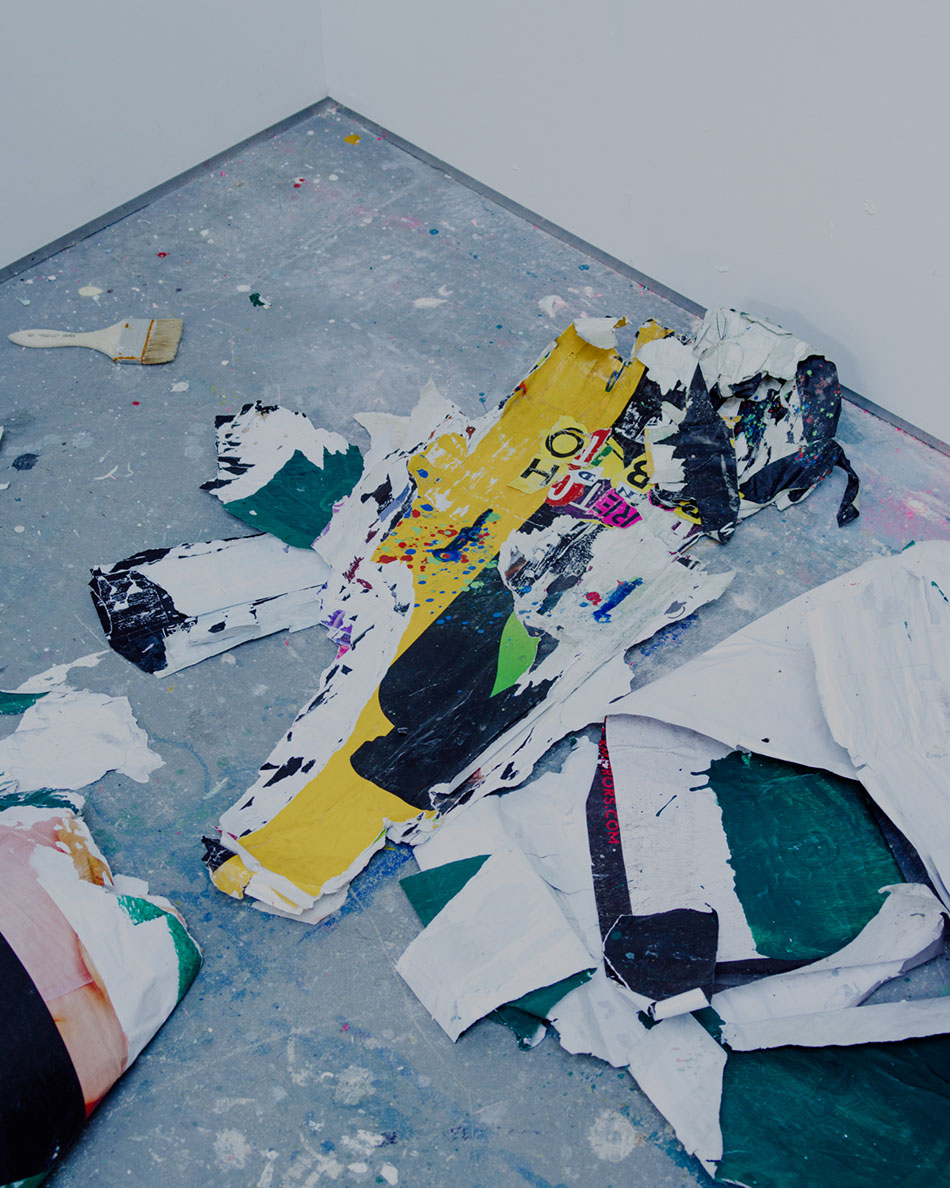 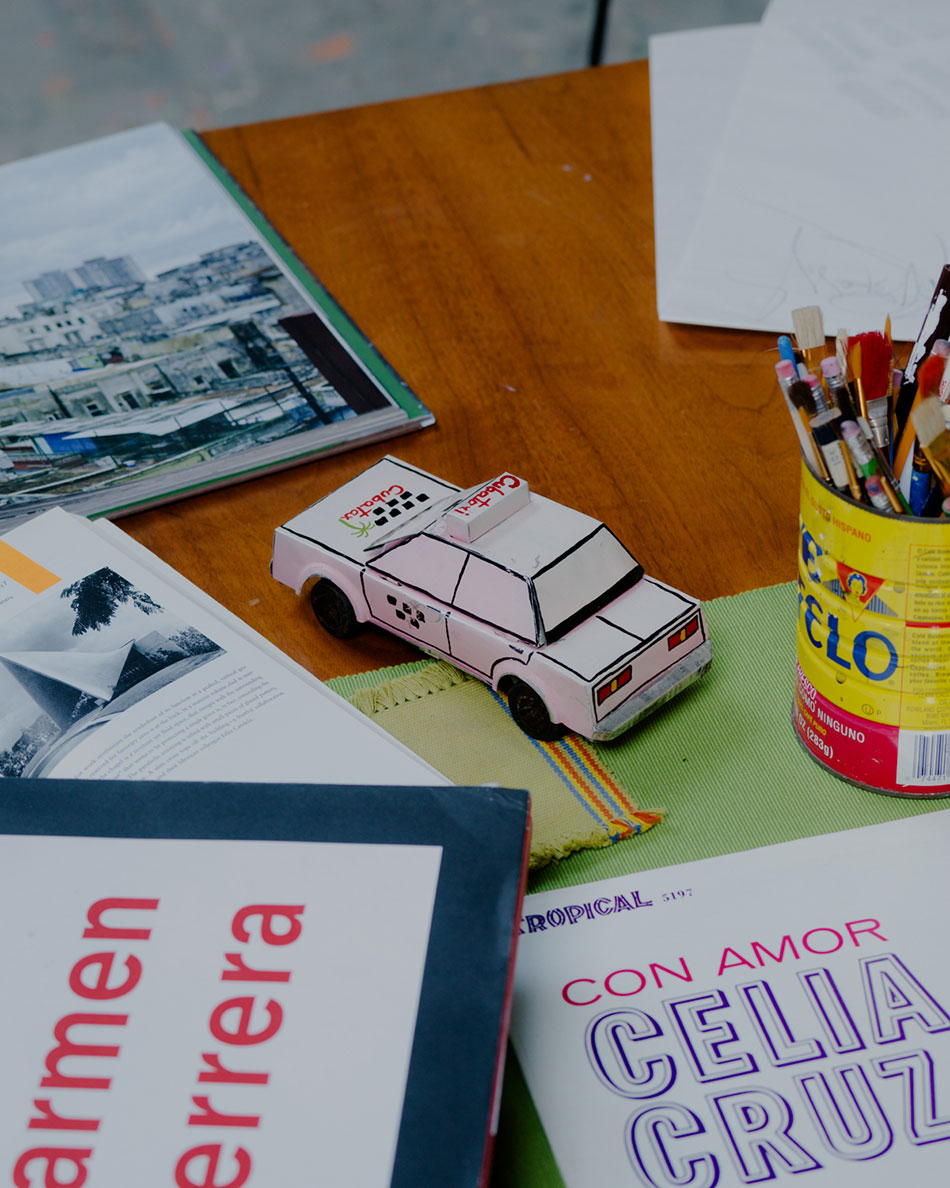 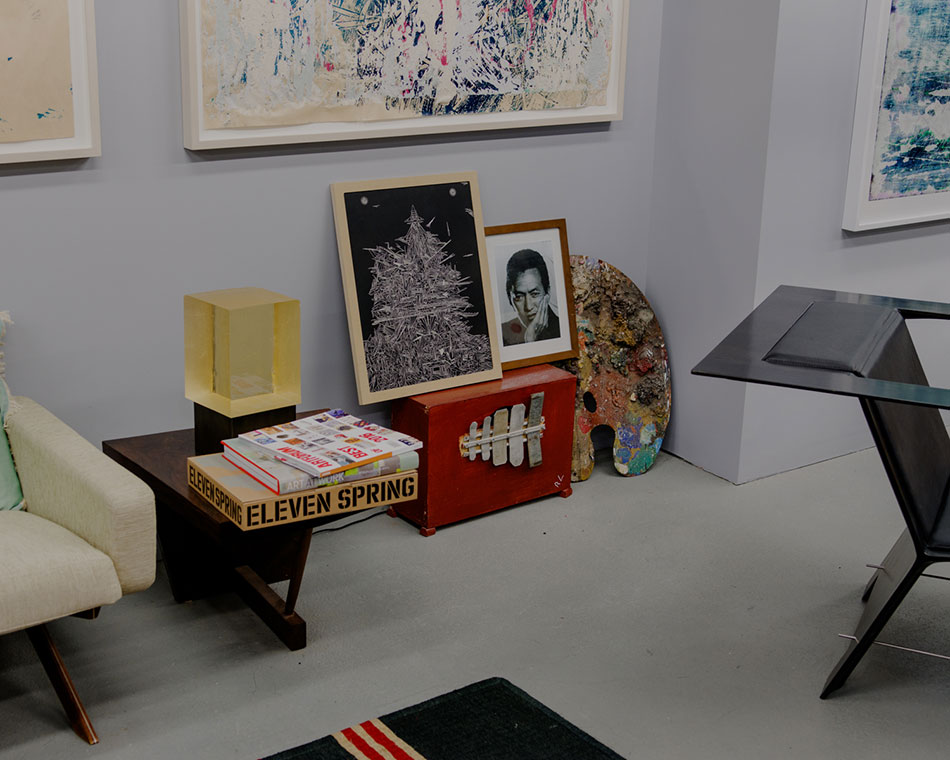 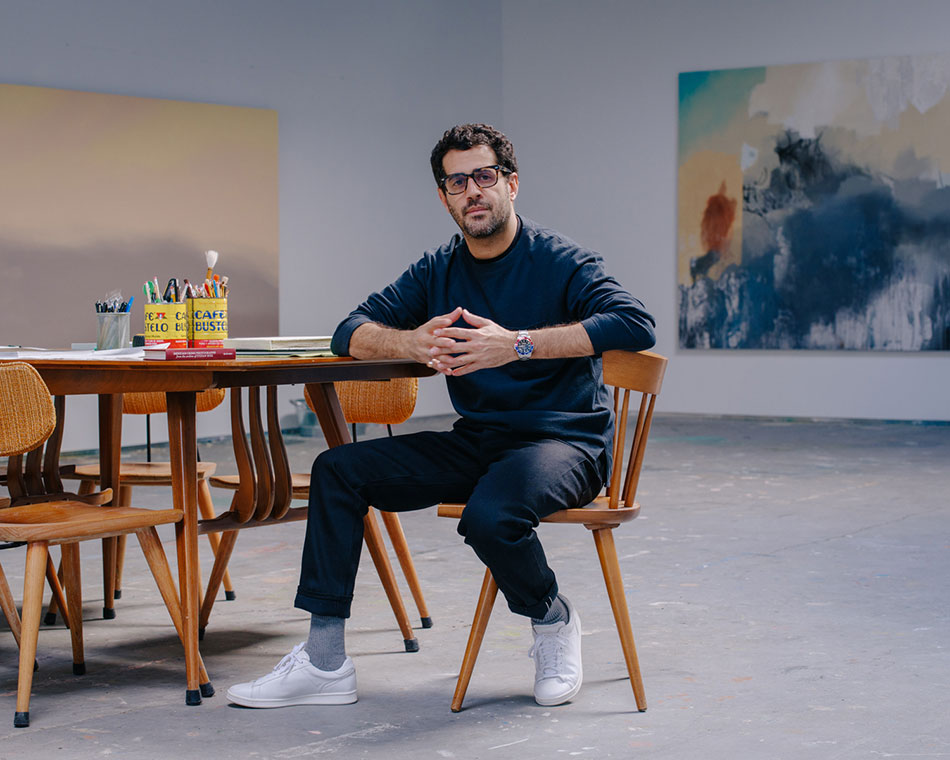 josé parlá at his studio in gowanus, brooklyn 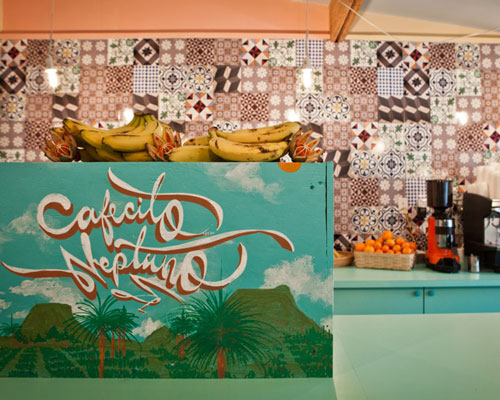 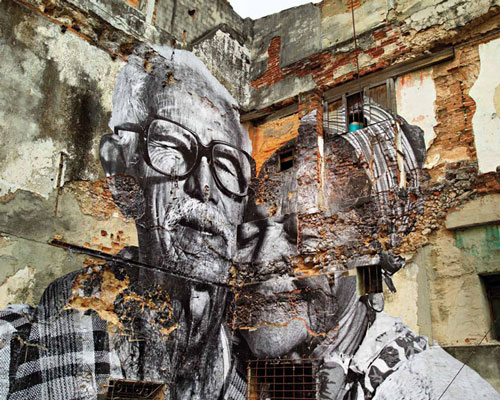 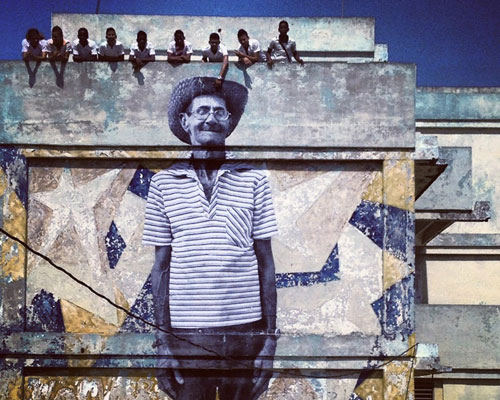