photographer joseph ford has documented the chaos that ensues when wild creatures are unleashed on fashionable footwear. the series, created for sneakers magazine, captures animals versus sneakers, pitting crocodiles, cobras, tarantulas and scorpions up against pumas, lacoste and nike shoes. examples of the savage scenes feature the pointing teeth of a scaly croc, salivating at the sight of a blue and yellow lacoste sneaker, which cleverly bears its trademark green crocodile logo; a box of writhing snakes take on a nike sneaker, confined within the cardboard arena and twisting over, under and between the placed shoe; squirming scorpions are trapped within a footwear ring. between shots, some of the animals even took a bite out of the comfortable kicks, recorded in the in-the-making video, below. 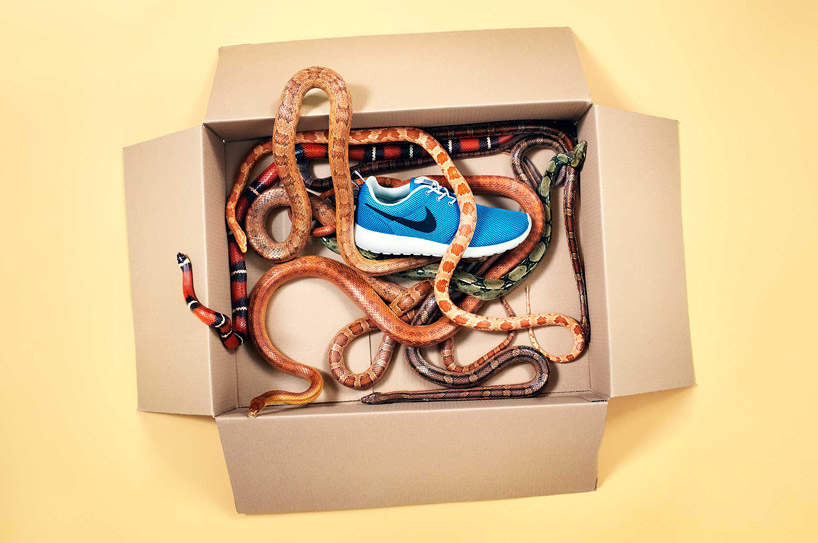 boxed snakes writhe as they take on a nike sneaker 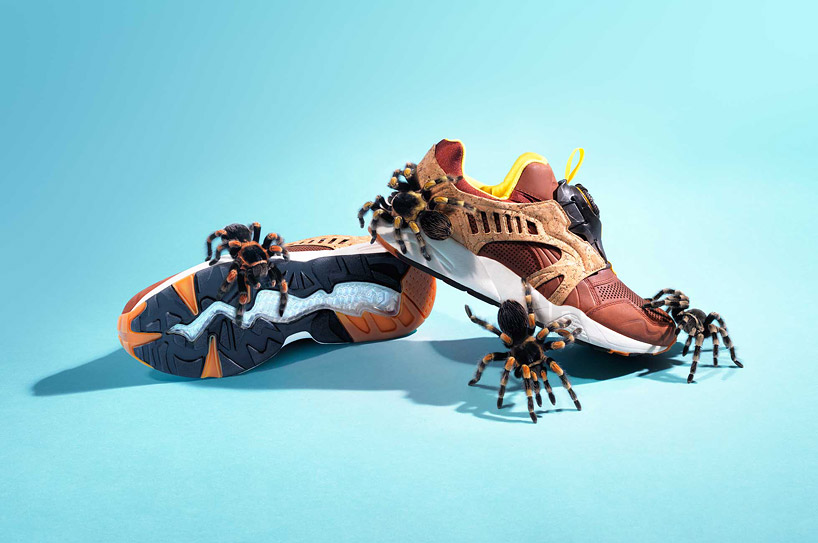 creepy crawlers walk over a pair of shoes 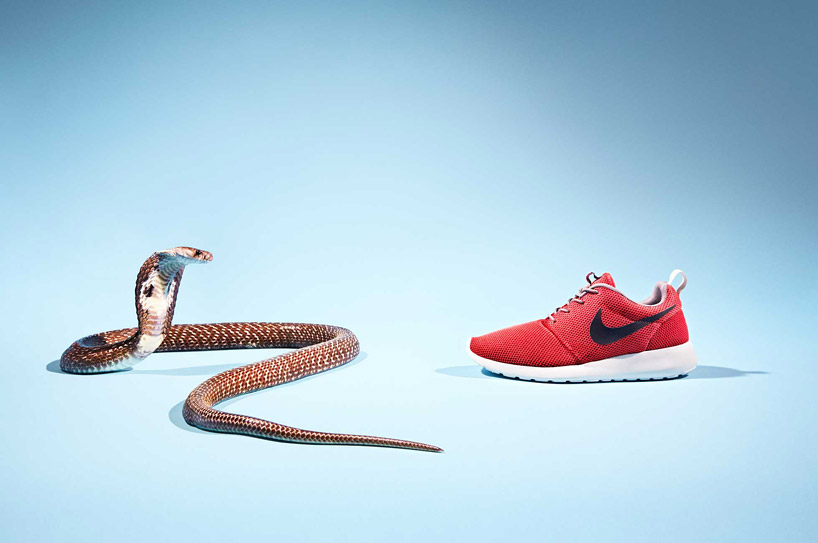 a snake eyes a pair of nike sneakers 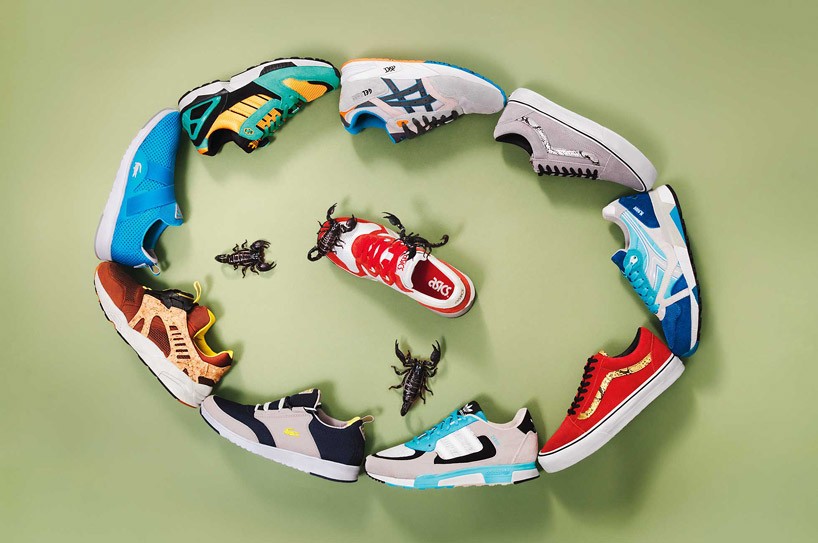 scorpions are trapped within a ring of shoes 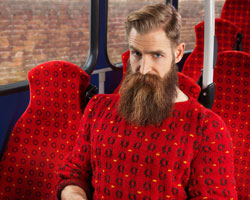 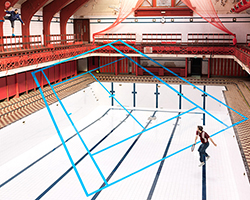