‘cáustico’ is a video by joshua dawson which uses curated archived news footage from 2014 & 2015 on issues of water privatization, climate change and groundwater mining as voice-over narration, while projecting resultant speculative visuals for 20 years into the future. the film details post-water privatization in a generic city in 2036, where water is owned by a company named turquoise. those that can afford water, create luxurious subterranean dwelling units which stand in contrast to the houses of the poor. 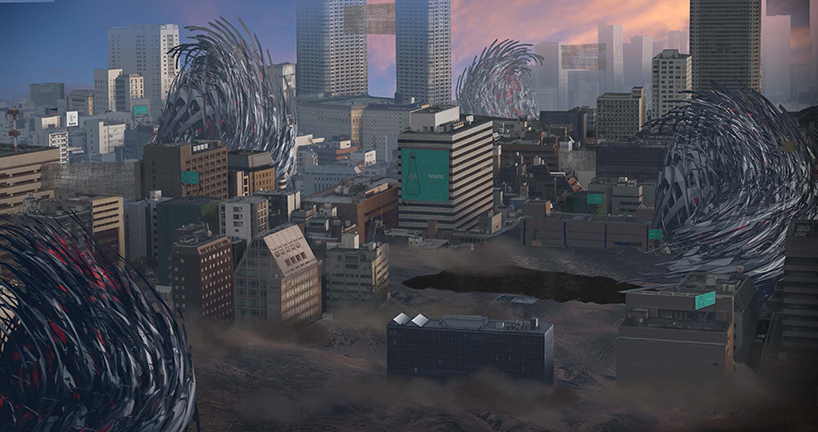 water is currently titled as the ‘blue gold’ of the 21st century due to increase in urbanization, population, shifting climates and industrial pollution. fresh water is becoming humanity’s most precious resource and multinational corporations are now stepping in to purchase groundwater and distribution rights wherever they can and are driven to commodify what many feel is a basic human right. 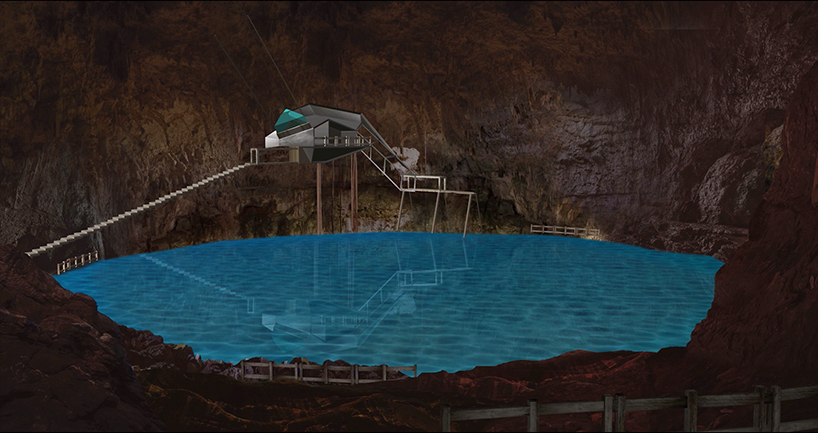 joshua dawson‘s project aims to display the impact of the cyclical system of overdrafting aquifers by bottling water in drought conditions and forcing the formation of subsidence and sinkholes within cities. bottled water is then presented as an export good which further exacerbates the local condition. the combination of ozone layer depletion with the retrofitting of consequential sinkholes with built-form allows for a natural progression into subterranean living spaces. the short film is meant to evoke a provocative and biased narrative into the world of fully privatized water systems that disrupt ecological and social stability. 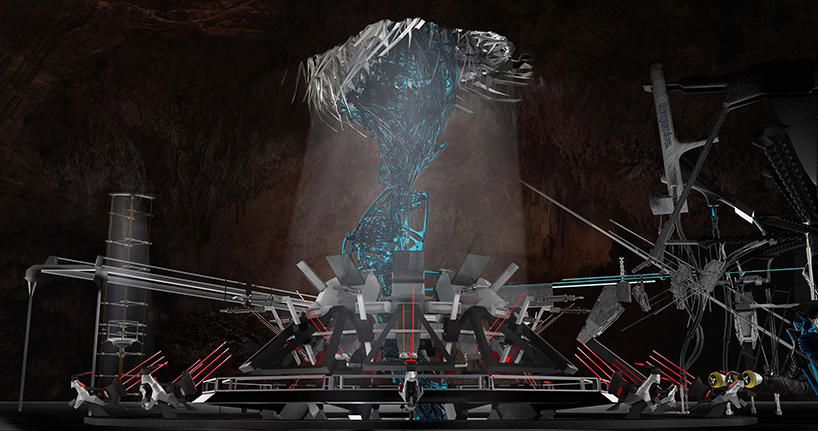 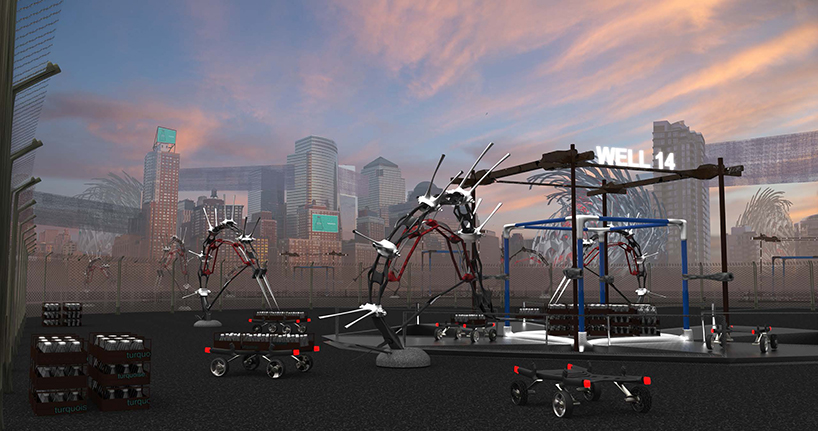