the show galerie barbara thumm in berlin runs only until 21th march, 09. http://www.bthumm.de 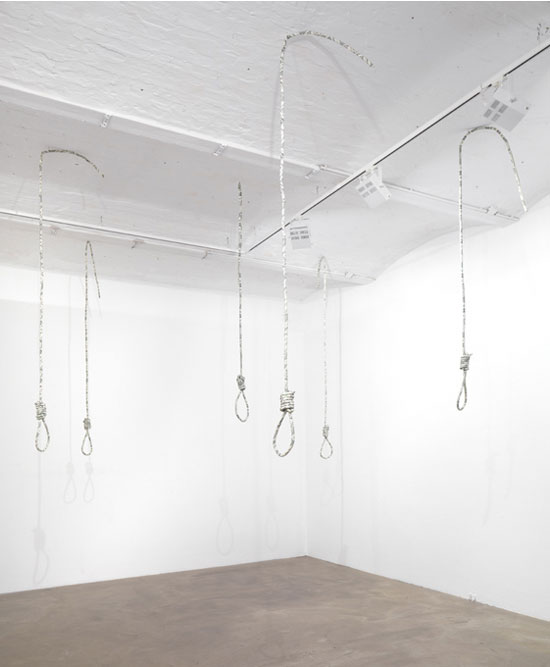 installation view of mortgage‘mortgage’ is the suicide of our financial and economical system. the desperate situation of companies, states and markets caused by the financial crisis, the uncertainties of the last few months have changed the world we live in. the pledges are not ending but people are dying. 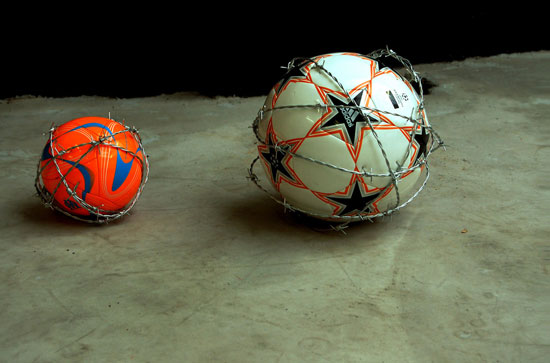 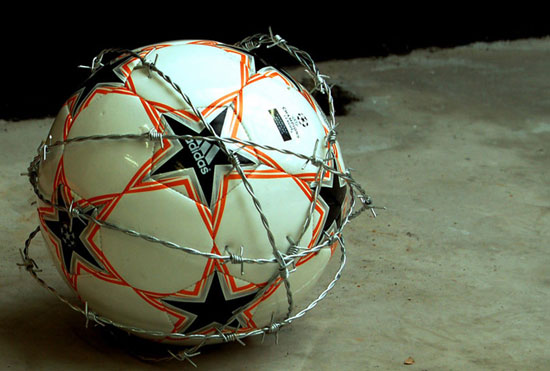 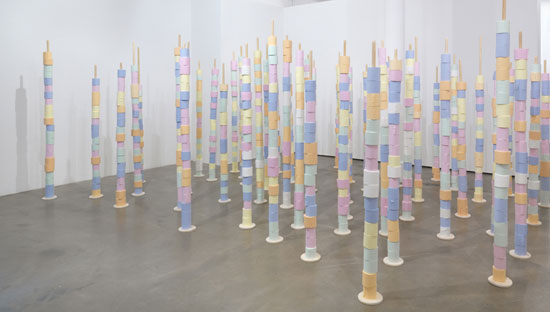 the work ‘amazonas aka merdolino’ evokes the amazonian rain forest, made out of wooden poles, stacked up with toilet paper roles. jota castro provikingly says that ‘amazonas is just like toilet paper. we use it, some even abuse it, we do not think so much about it, it is there for our convenience and some people take it for granted. but it will not last forever.’ 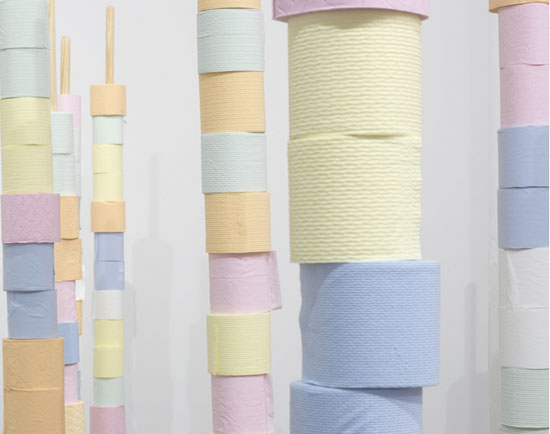 the french-peruvian artist is one of the most interesting and active artist today to propagate a political activism within his practice. in the late 1990s jota castro brought his career as a diplomat at the united nations and the european union to a close and decided to devote himself totally to the field of art. through his different professional activities, castro gained in-depth knowledge of the world of politics; moreover, he considers his studies in law and political science as his real training in art. conjuring up trivial humor, politically incorrect sarcasm, and a wide range of references, castro’s sculptures, installations, and performances point up certain mechanisms at work in society, whose imbalances and weaknesses are skillfully highlighted by the artist. castro’s works reinterpret facts connected with current events along with the artist’s personal history. he lives and works in brussels, belgium.

jota castro is currently on show also at the second biennial of the canary islands. architecture, art and landscape 05 march – 03 may 2009 http://www.bienaldecanarias.org