capturing the ridiculous and playful facial expressions of dogs as they furiously attempt to shake water off themselves, the pet portraits by carli davidson are highly entertaining, playful glimpses into typically unseen movement. the different breeds can be seen with their droopy jowls flapping, fur launching in all directions, and eyes humorously bulging out of their sockets, all while drool and water propels around the photo frame. the simple act of the dogs struggle to dry themselves is transformed into a hilarious series of portraits that distorts and warps their faces into monstrous adaptations. davidson has recently released a 130-page book titled ‘SHAKE‘, which documents the photos, and a video by the production company variable is the live realization of the dogs’ tossing and thrusting. you can take a look a the short film, below: 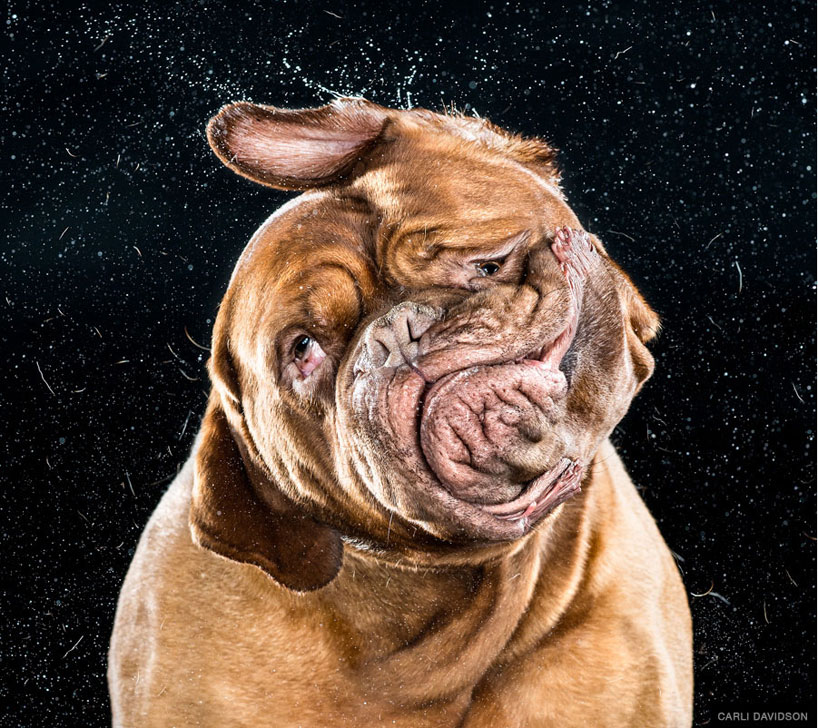 the warped face of a shaking dog 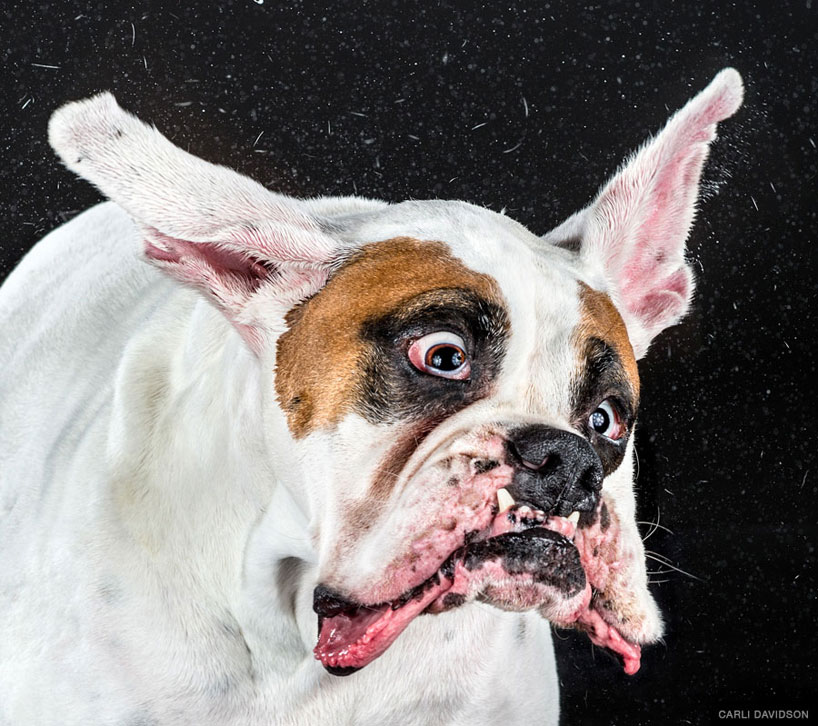 huge bulging eyes and droopy jowls of a pet 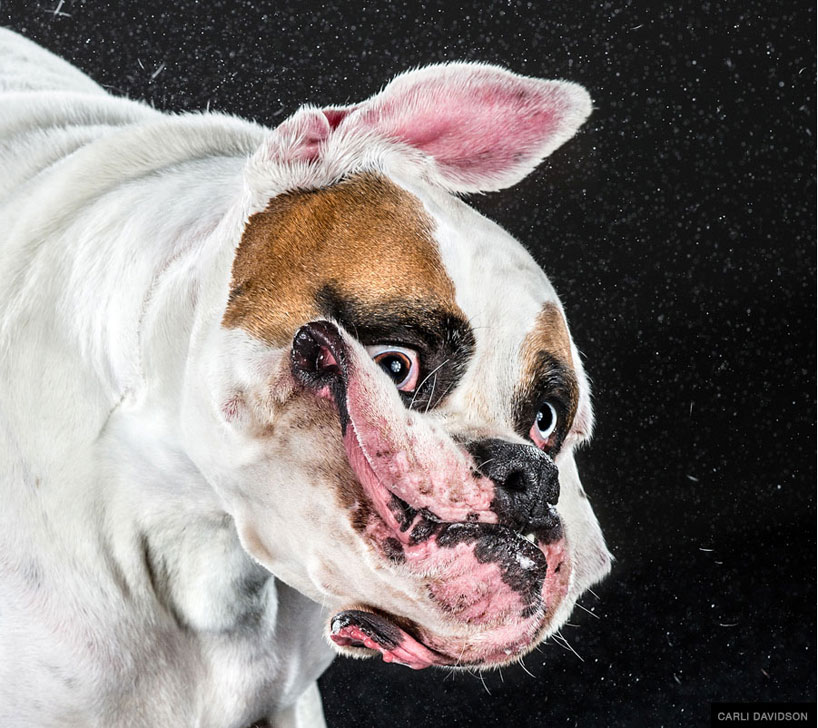 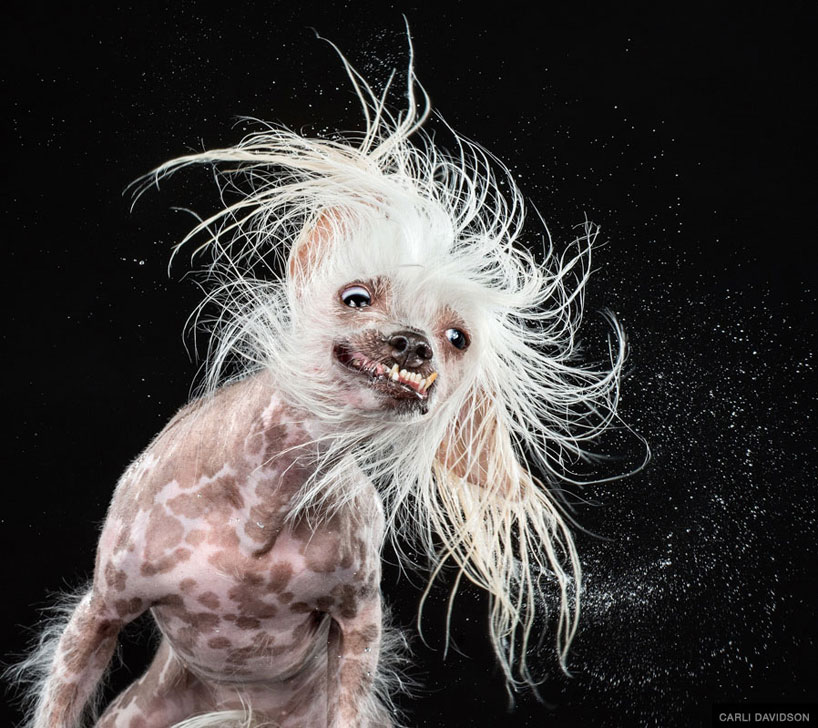 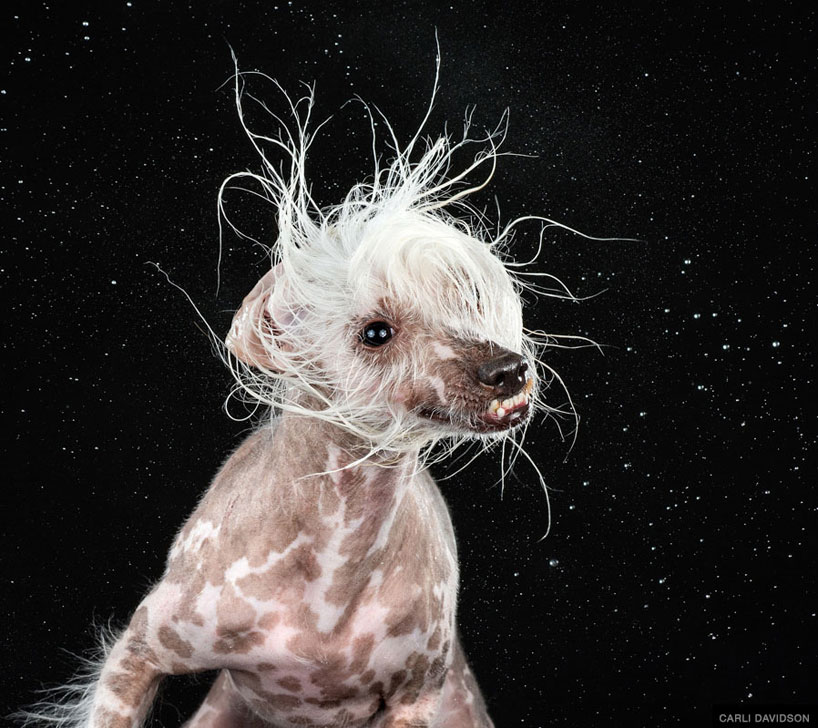 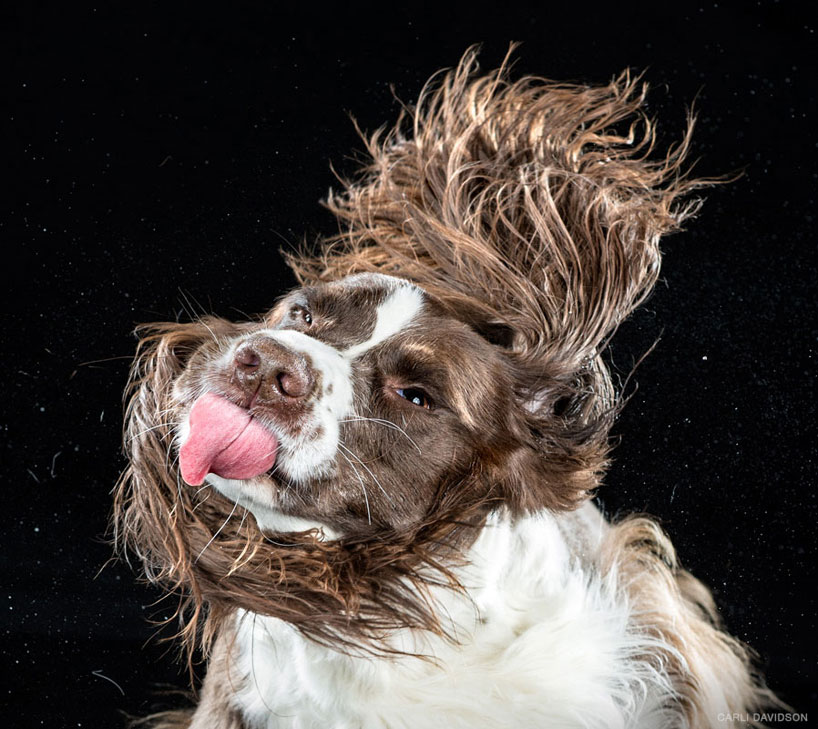 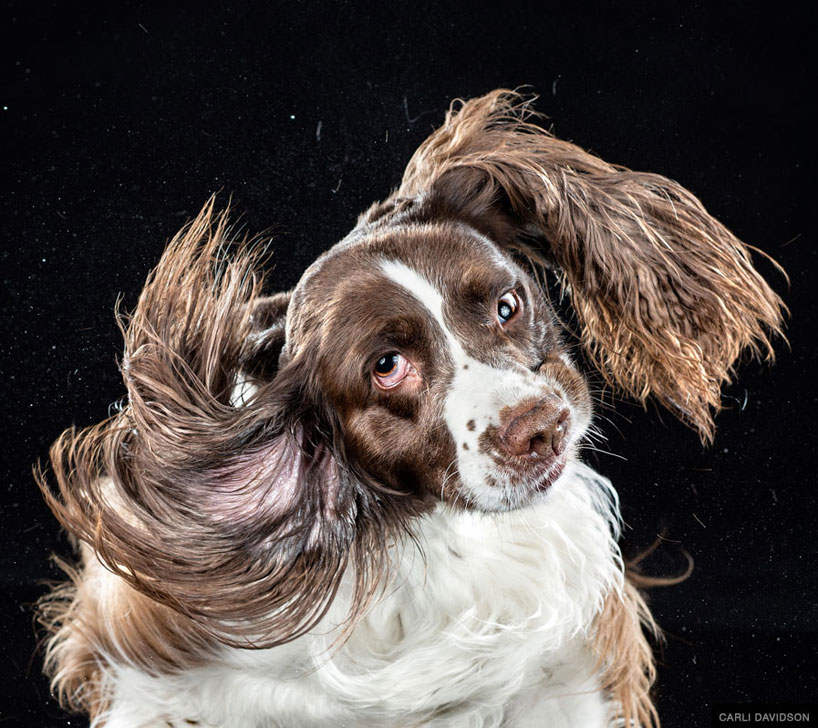 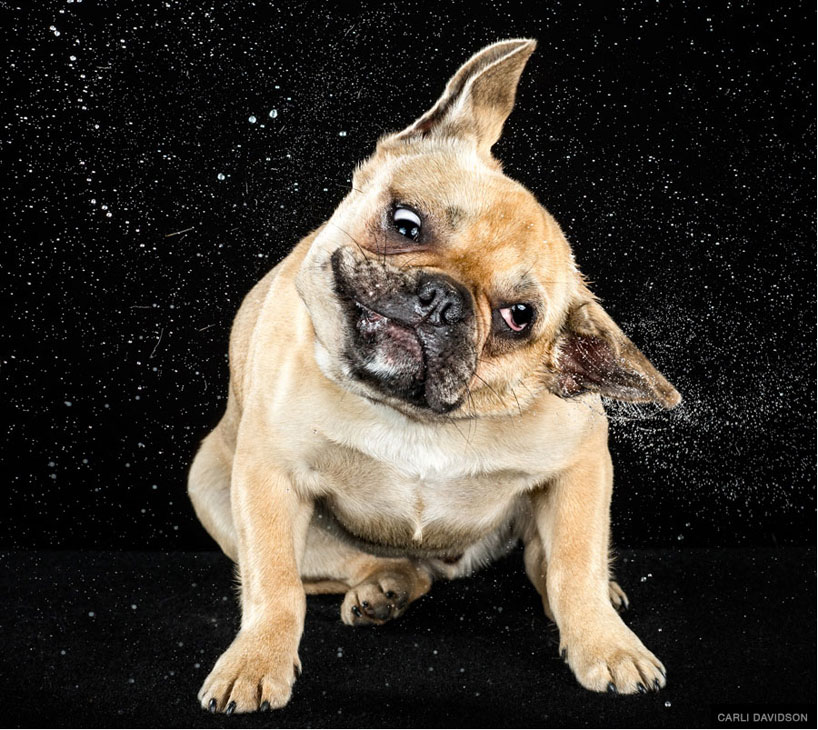 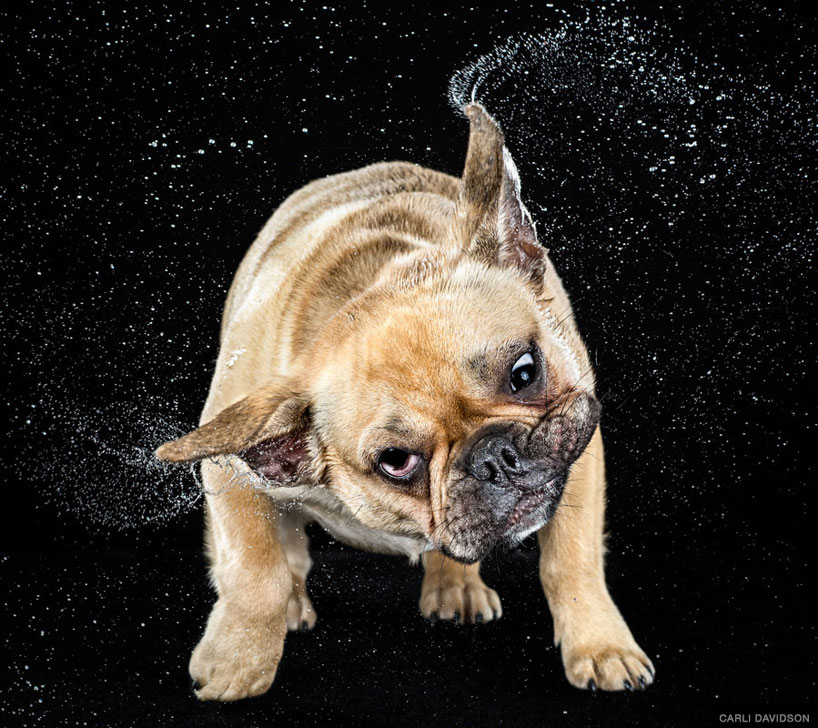 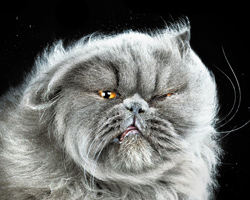 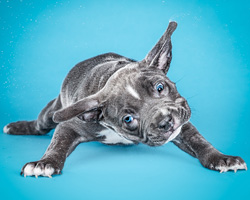