back in 2011, french artist JR called on the public to participate in a global art project he called ‘inside out’. the initiative allows anyone to share their untold story and personal identity in a large-scale portrait plastered across the public landscape, sharing it with their community. since the project’s inception, over 260,000 people have participated in 129 countries — from ecuador to nepal, from mexico to palestine.

the project has now reached the coast of naples, italy, where 3,000 people joined forces to paste their images along the famous ‘lungomare partenope’ street.

along the pedestrianized pathway, faces representing an enormous range of personalities, histories, and experiences line the floor. each team to participate in the JR-conceived ‘inside out‘ project must elaborate on the vision behind their artistic action. in naples, the collaborative describes their initiative, drawing attention to the history and the character of the city: napoli is a universe. napoli is a state of mind. napoli is an attitude. napoli is the place where the vivacity and the cultural and social contradictions of italy can be witnessed. 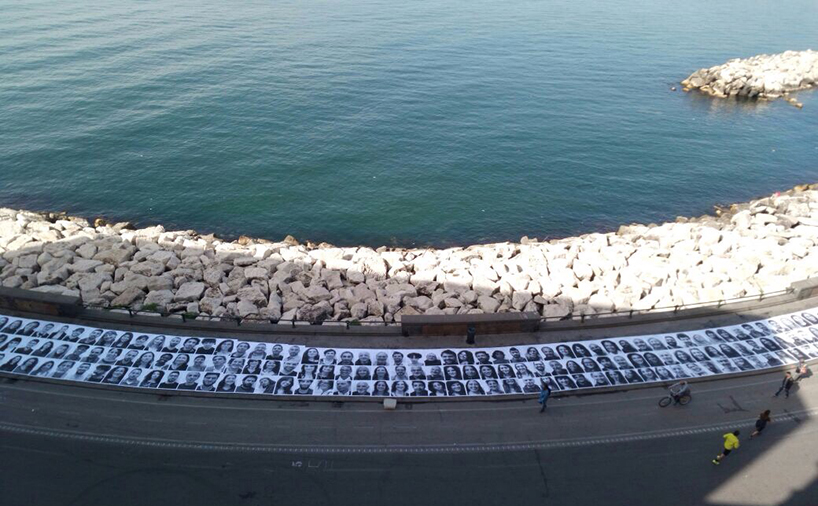 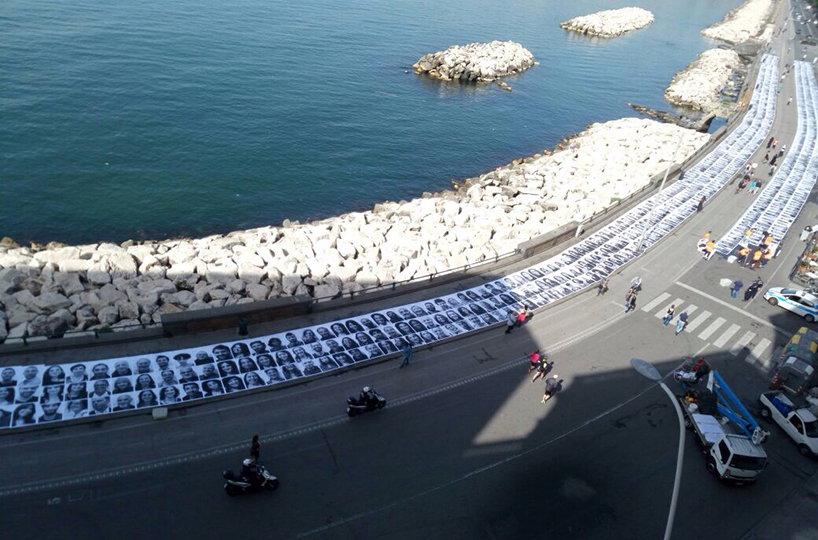 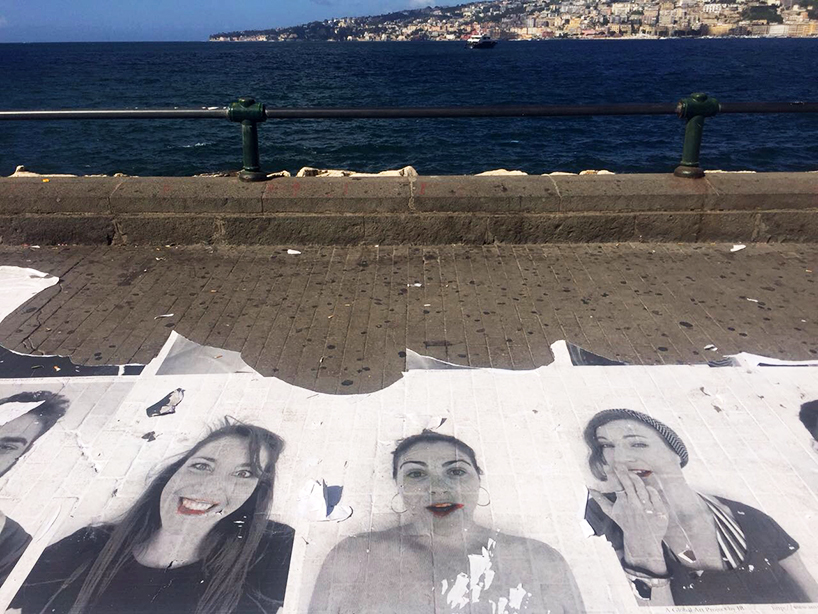 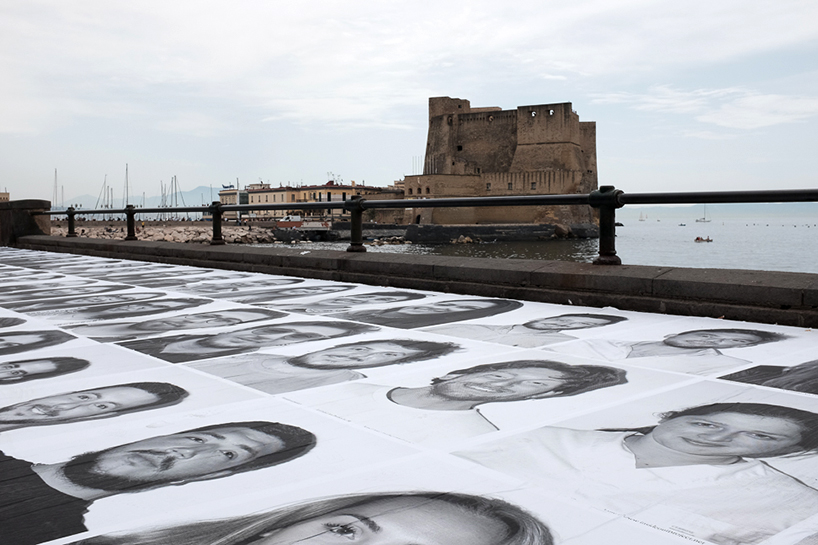 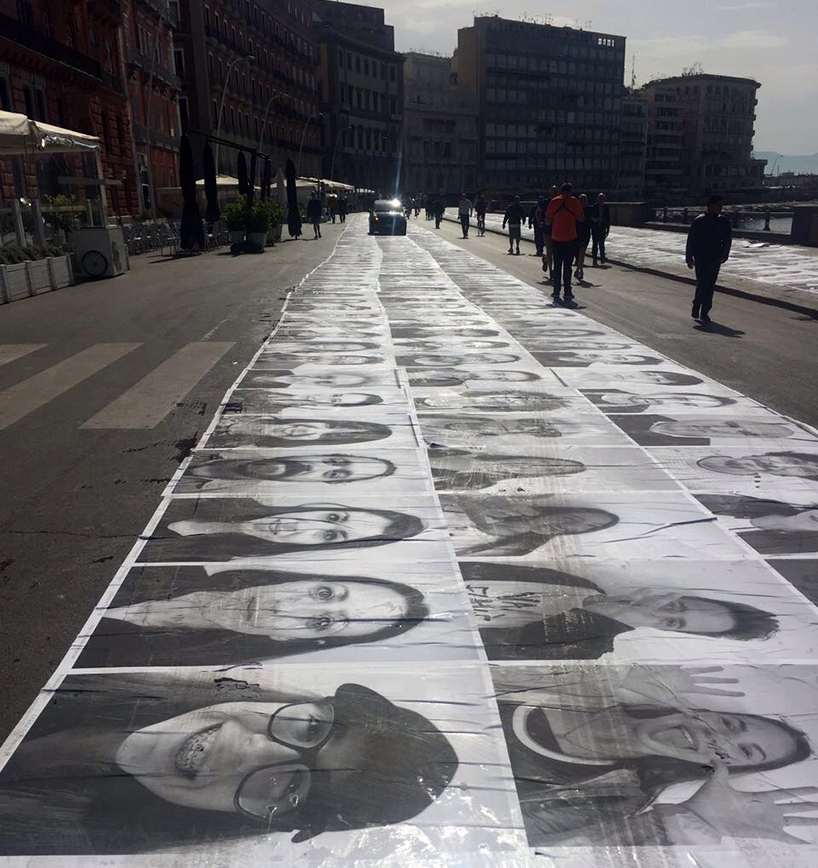 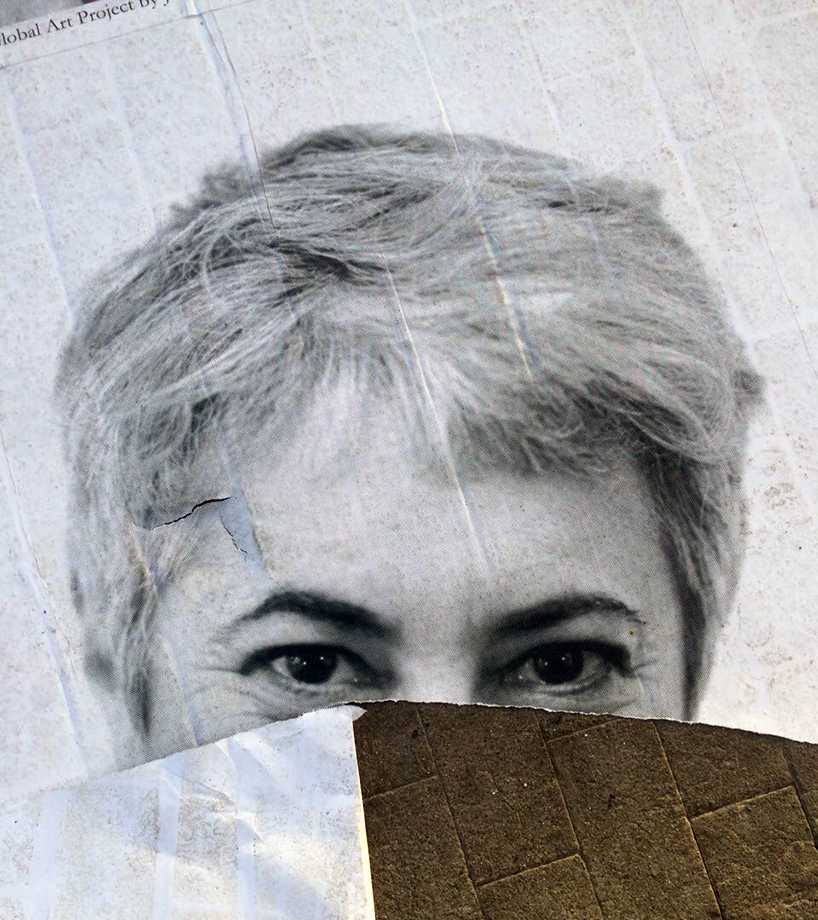 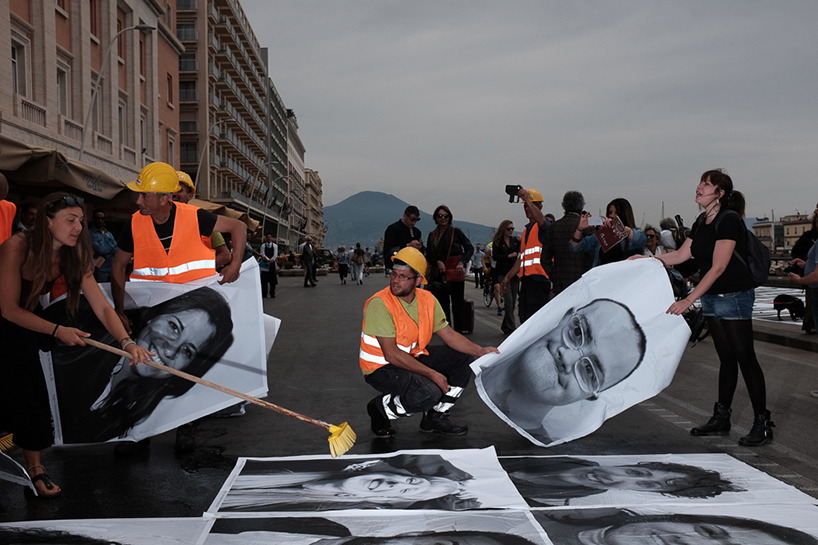 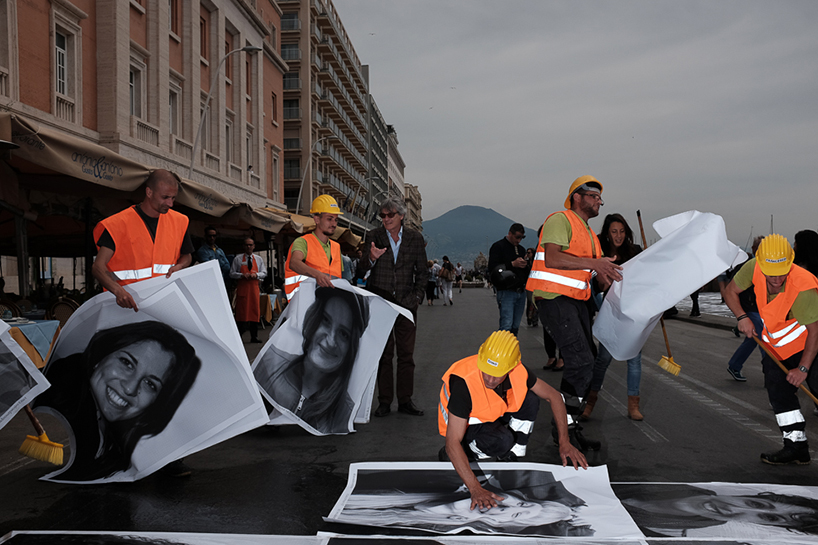 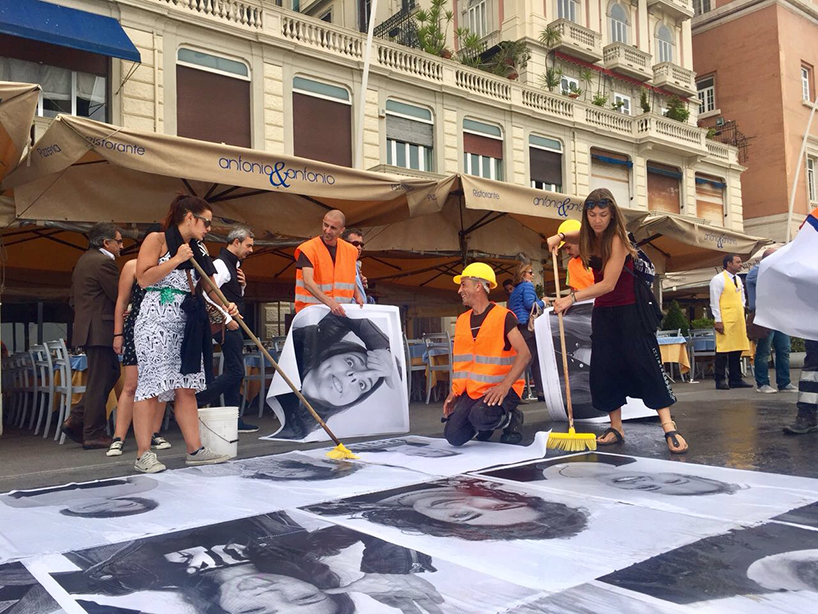