french artist and photographer JR has unveiled his latest work ‘the chronicles of new york’, a 53-foot-high mural that depicts over 1,000 new yorkers. installed on stacked shipping containers in williamsburg’s domino park, the black-and-white mural is JR’s biggest public project to date in the city. 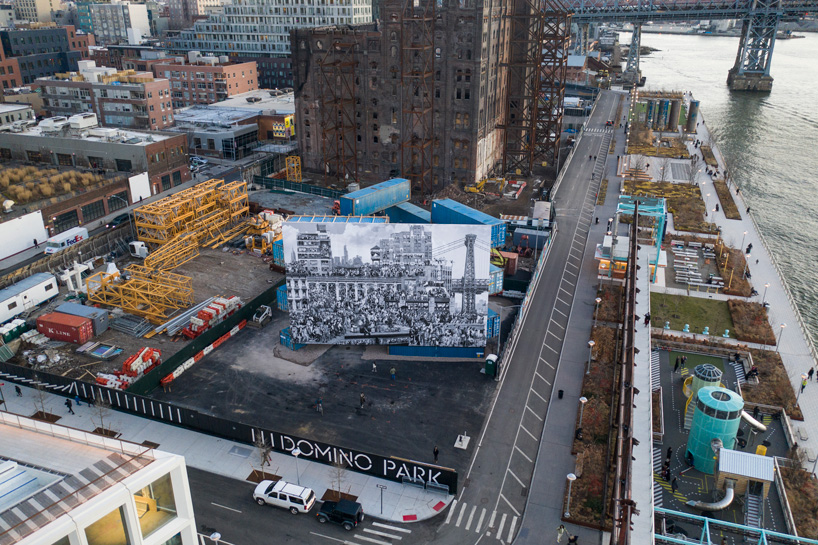 ‘the chronicles of new york’ has been created in conjunction with his major exhibit ‘JR chronicles‘, which is currently on view at the brooklyn museum. it takes the centerpiece from the exhibit and blows it up on a massive scale, featuring 1,128 new yorkers standing on buildings with the freedom tower, williamsburg bridge and the empire state building in the background. 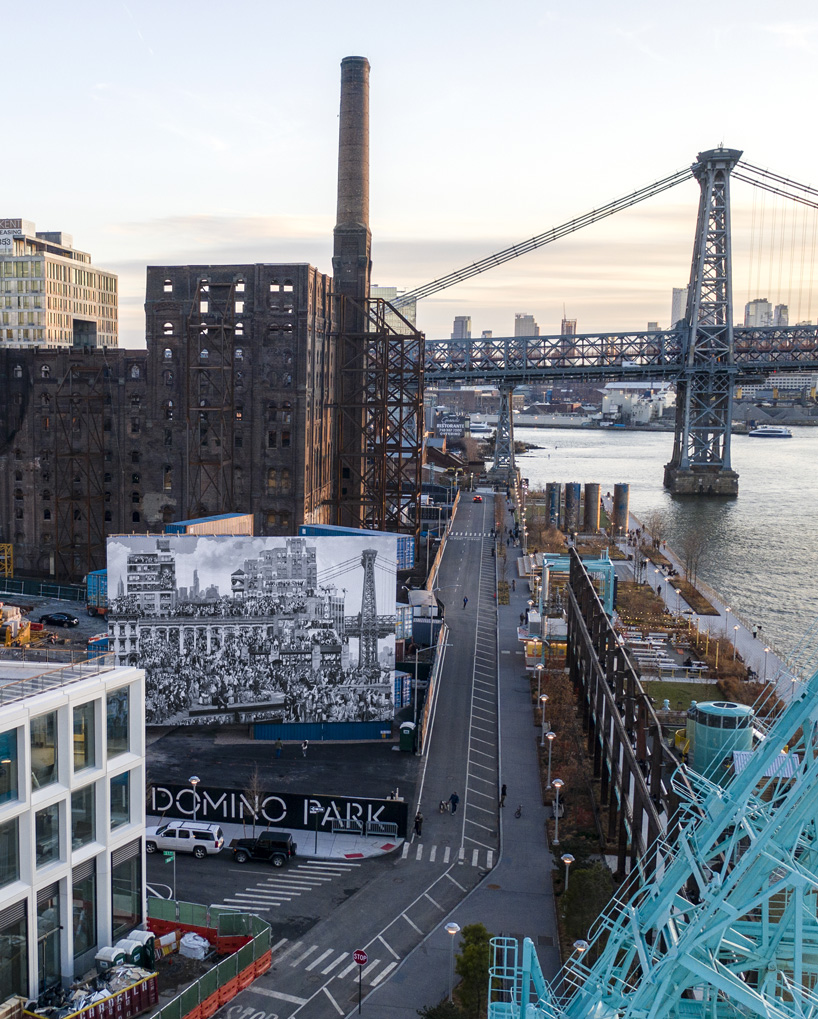 to create the piece, JR individually photographed individuals from all five boroughs and then collaged their images together into one collective portrait. in the museum, the piece is accompanied by audio recordings of those portrayed in the mural. onlookers can also download the JR murals app and listen to their answers. 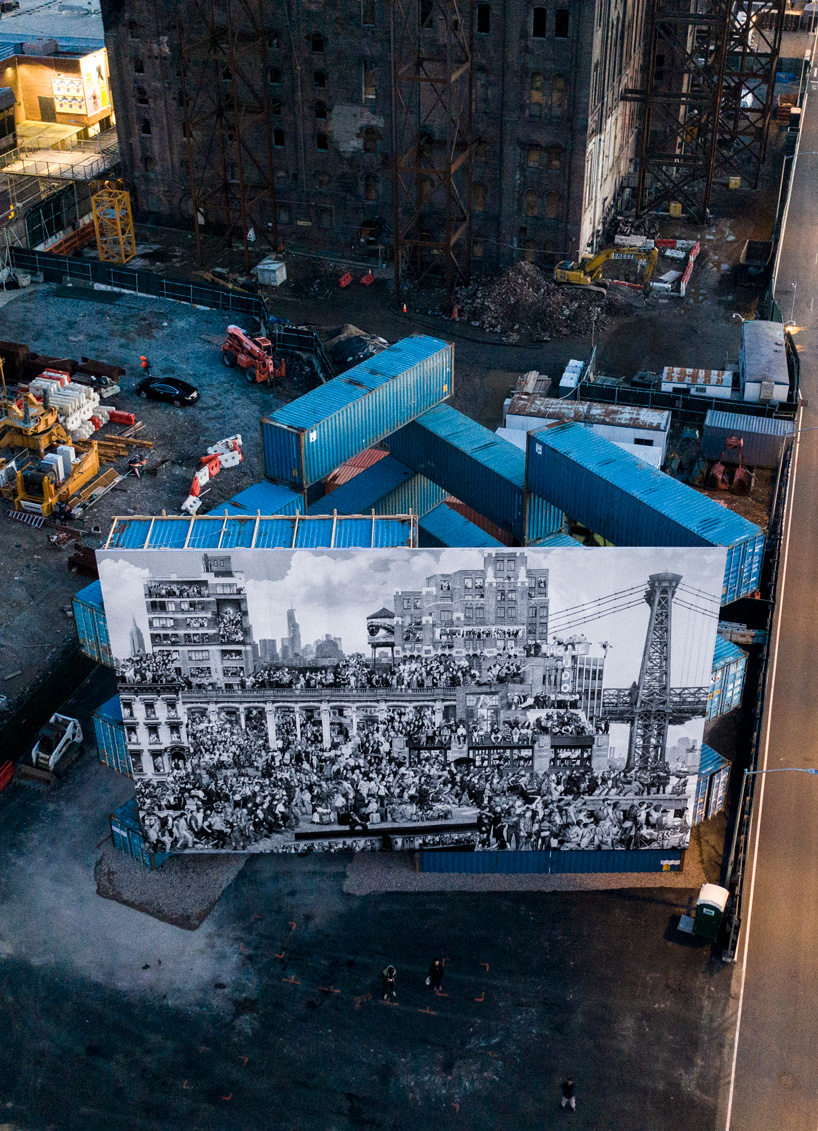 the public installation was a collaboration with LOT-EK, a local architectural design studio known for its sustainable designs. for the project, it created a maze-like structure of blue shipping containers to display the mural, which overlooks the east river.

JR has already unveiled a series of murals throughout different parts of brooklyn in tandem with the brooklyn museum exhibition, including at kings theatre in flatbush and at the brooklyn academy of global finance in bedford stuyvesant. 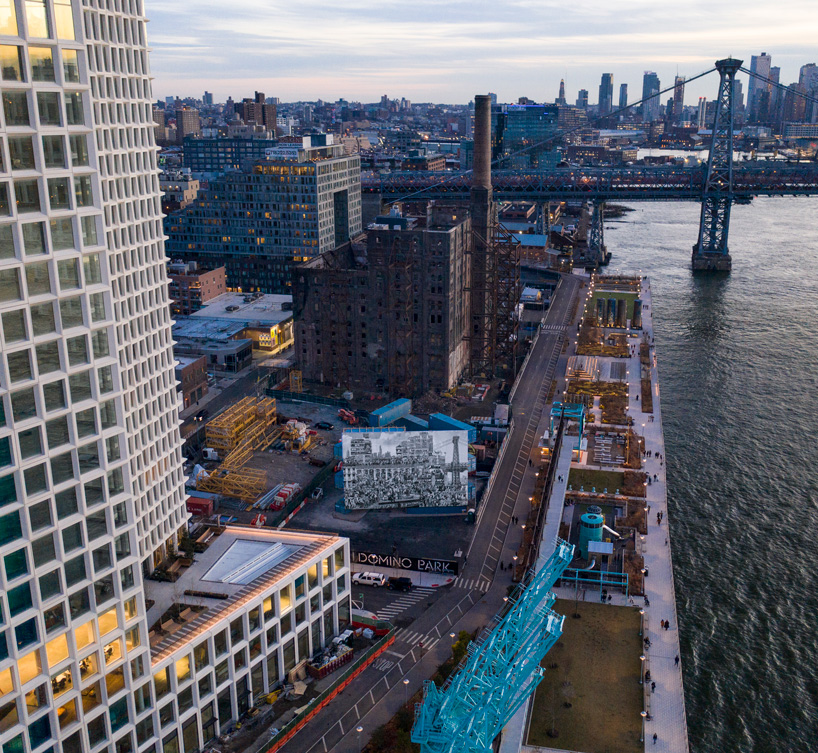 ‘JR: chronicles’ is on view at the brooklyn museum though may 3. it is the artist’s first major exhibit in north america and features photographs, videos, dioramas and archival materials from throughout the artist’s career.

JR is known for pasting large-scale black-and-white photos and buildings and streets, many of which make political statements. last year, he worked with prisoners at the tehachapi prison in california to create a mural that focused on their rehabilitation efforts. his other projects include a monumental installation featuring supersized silhouettes of syrian immigrants and a cover for TIME magazine that illustrated a report on gun crime in america. 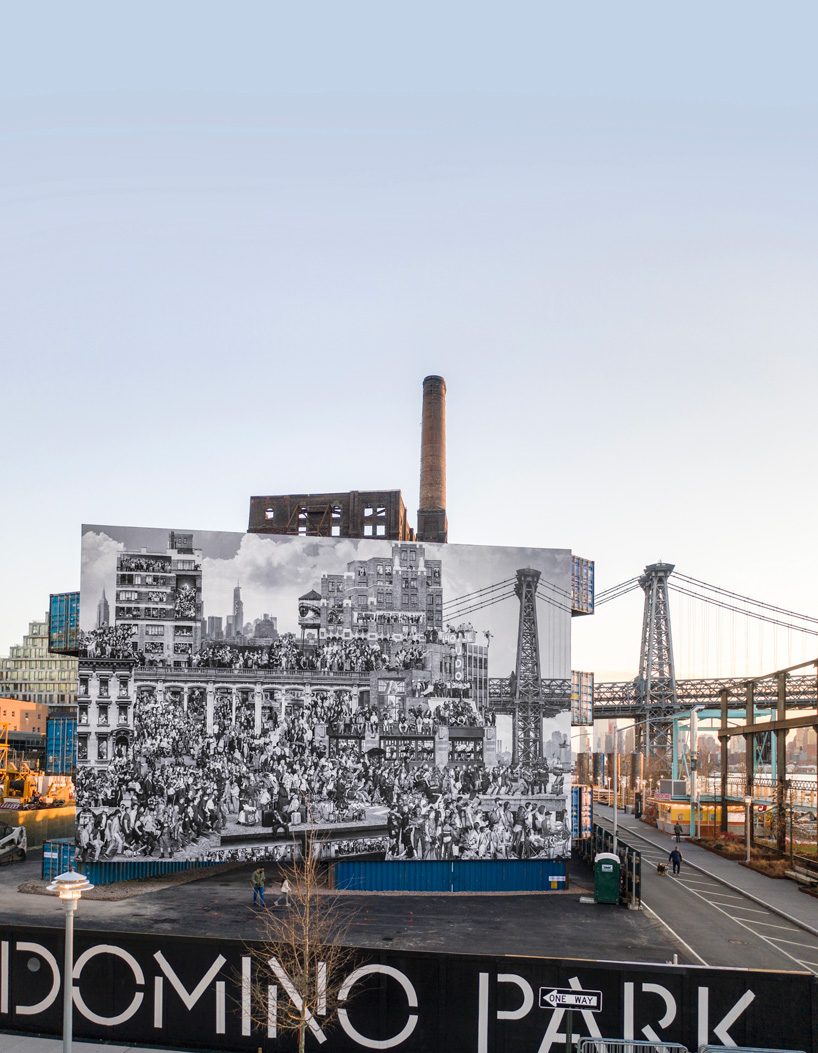 he was also recently nominated for an academy award for the 2017 film he co-directed with the filmmaker agnès varda. entitled ‘faces places’, it follows varda and jr traveling around rural france, creating portraits of the people they come across. 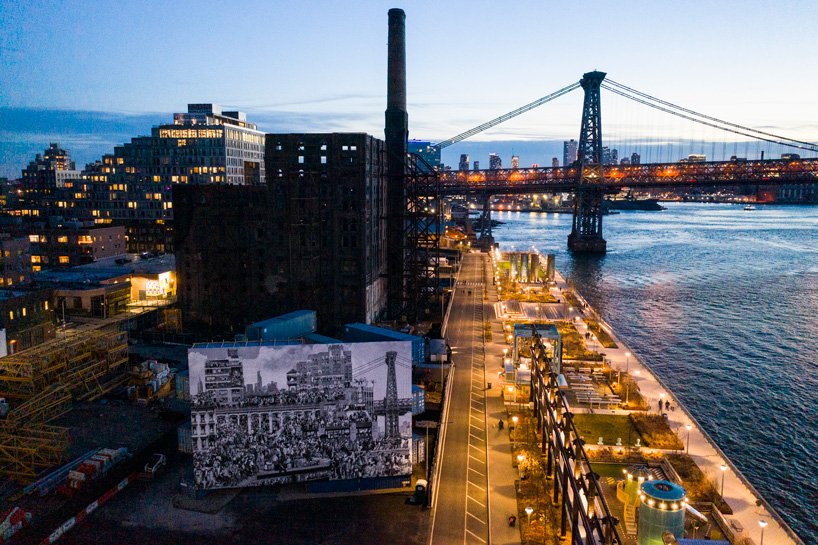 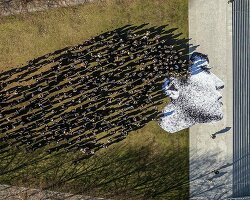 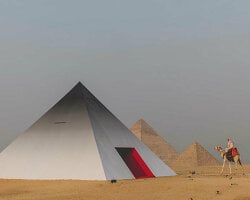