JR began his ‘women are heroes’ series back in 2007 as a tribute to a gender which plays an essential role in society, yet which are the unfortunate target of crime, rape and political and religious fanaticism. throughout the years, the french artist has traversed the globe, pasting huge photos of the faces and eyes of local women on favelas in brazil, trains car in the kenyan forest, bricks in new delhi and onto public transport in sierra leone.

recently, the french artist finished the epic-scaled series in le havre, france with a final piece that will see the artwork continue to travel onward, despite the project’s completion. the artist and a team pasted 2600 strips of paper on the shipping containers aboard a 363 meter long cargo vessel, forming the massive visualization of a woman’s open eyes. ‘I wanted to finish women are heroes with a ship leaving a port, with a huge image which would look microscopic after a few minutes, with the idea of these women who stay in their villages and face difficulties in the regions torn by wars and poverty facing the infinity of the ocean’ described JR. 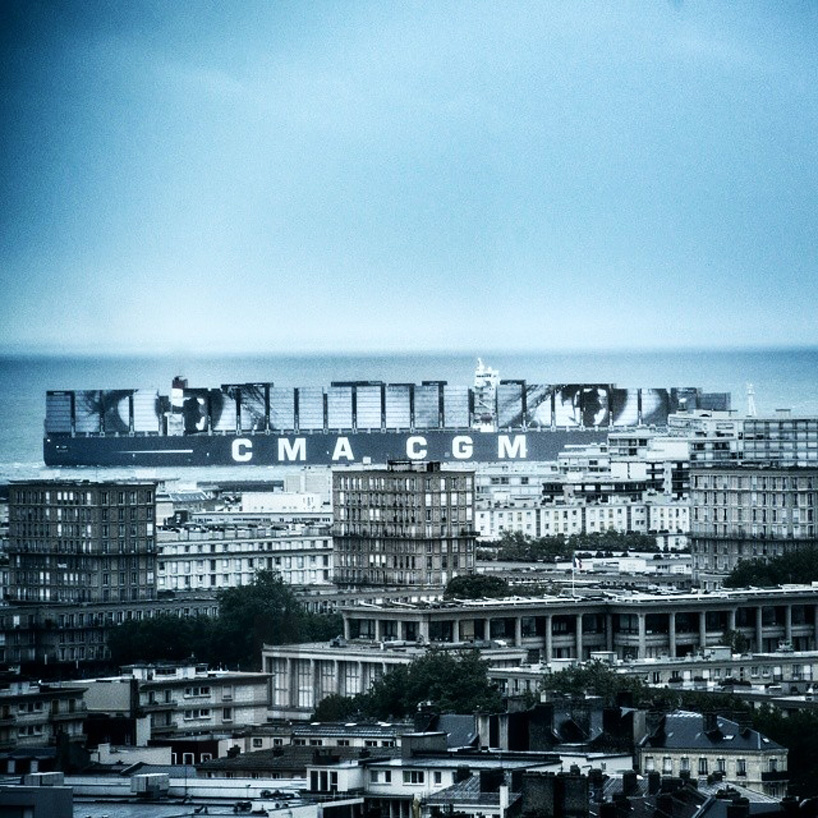 the ship will travel around ports around the globe 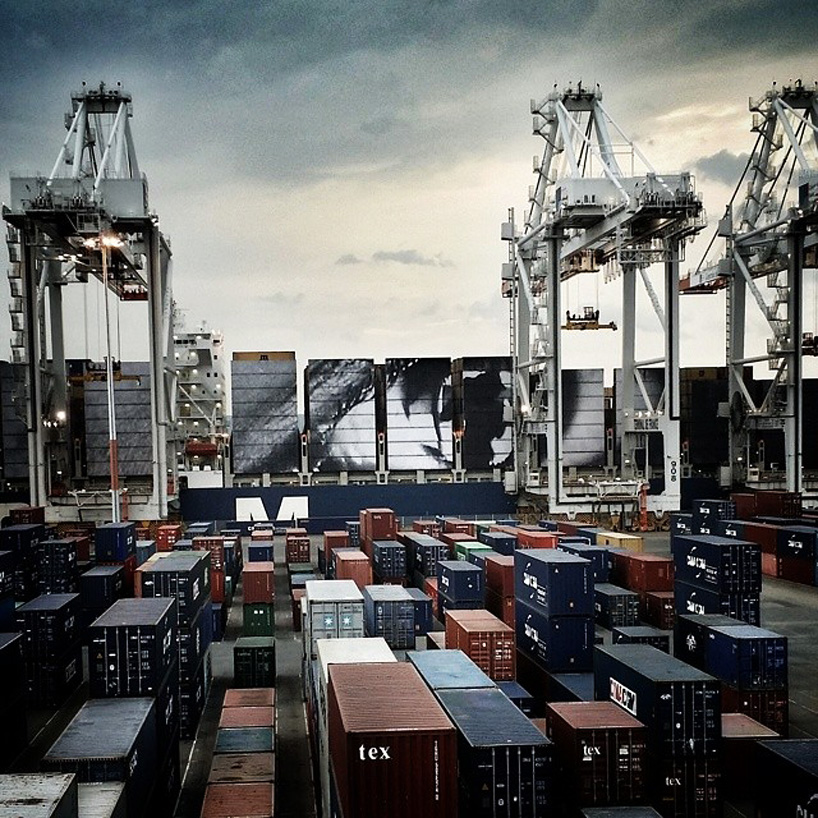 strips of paper are applied to the containers’ surface 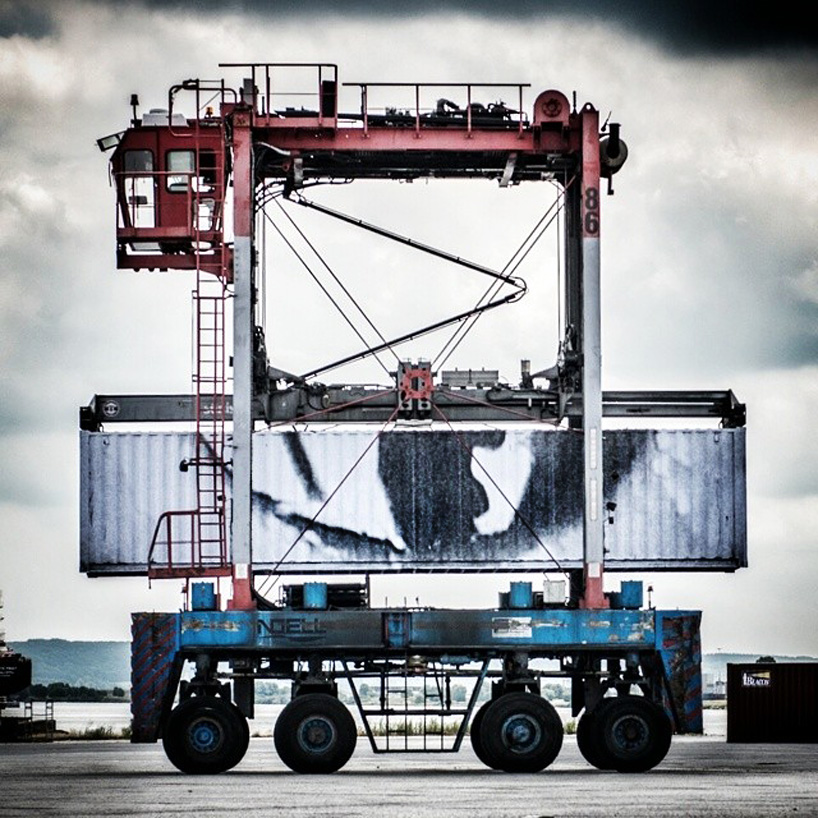 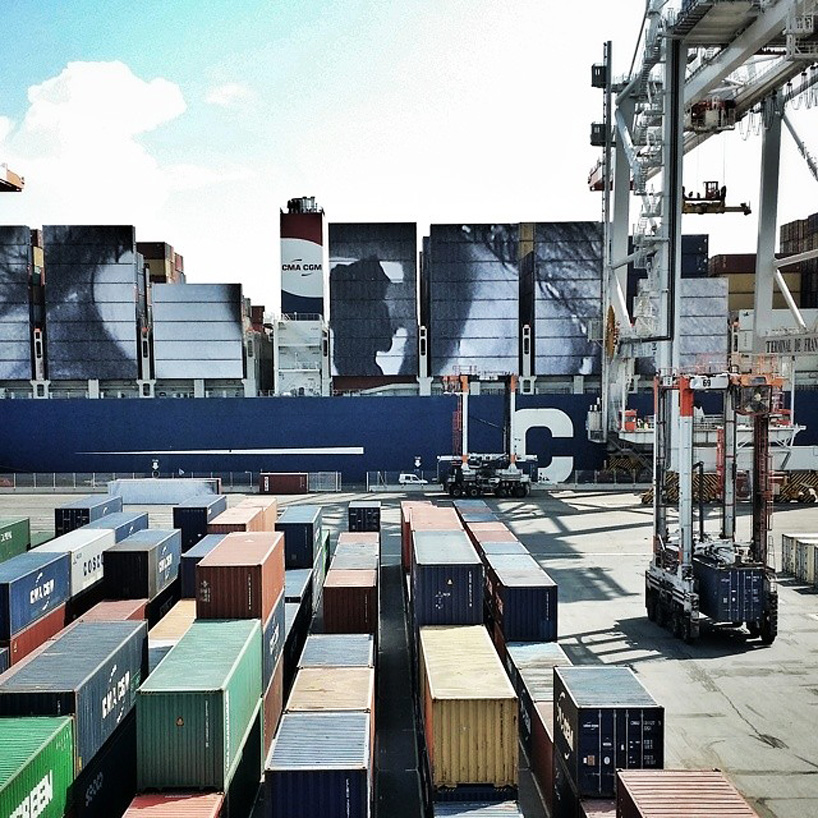 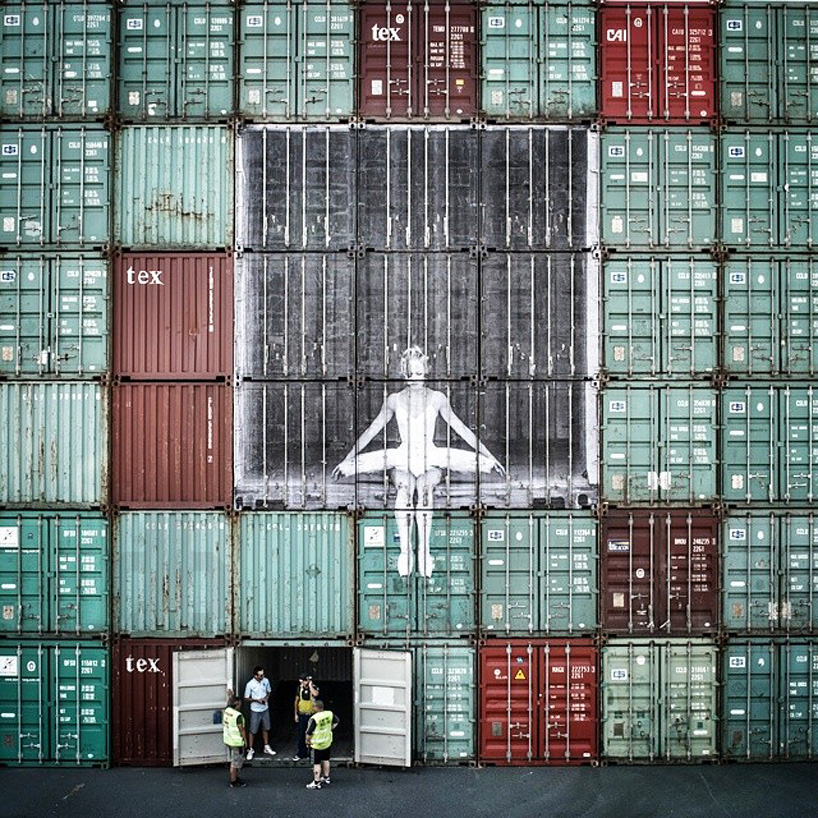 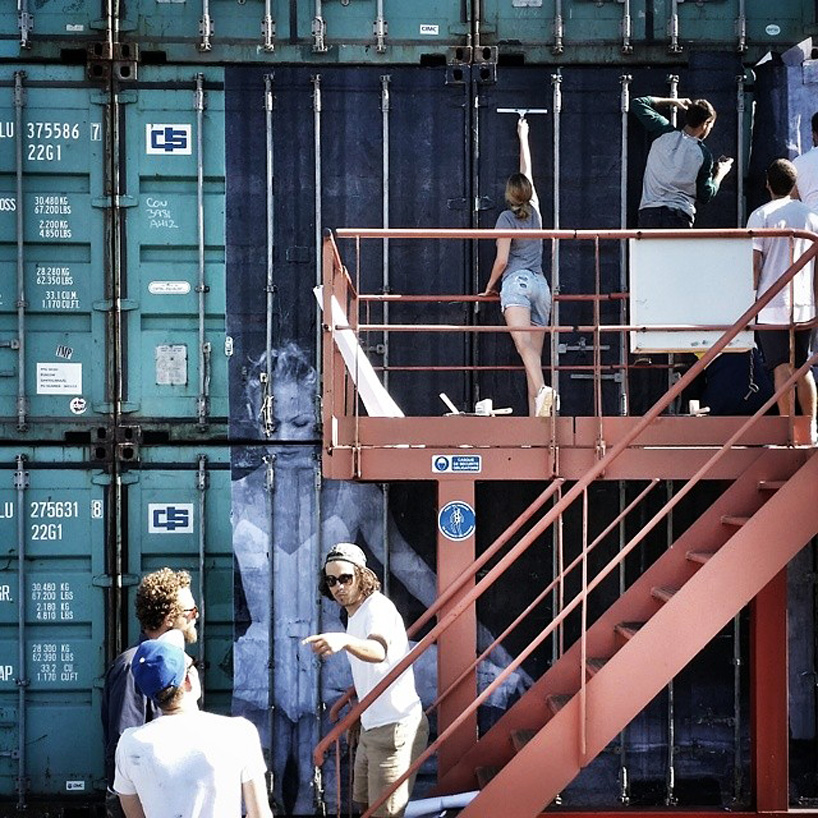 the team complete the ballet work