‘matter management: vivarium’ is an experimental installation by designer juan azulay  which explores the relationship between technology, media, and environmental preservation / dereliction.

occupying the main floor of the gallery is a monolithic sunken pyramid that contains a ‘vivarium,’ an indoor enclosure consisting of a collection of organisms that, in this case, are real, robotic and/or simulated. as a collective, these organisms generate energy capable of transforming a freshwater ecosystem into a brackish one, a process made possible by the permeability controls that the skin of the pyramid produces and the behavior that the ‘machine’ generates. virtual (digital) organisms mimic the behavior of both the living and robotic microorganisms to intensify and ease the process. 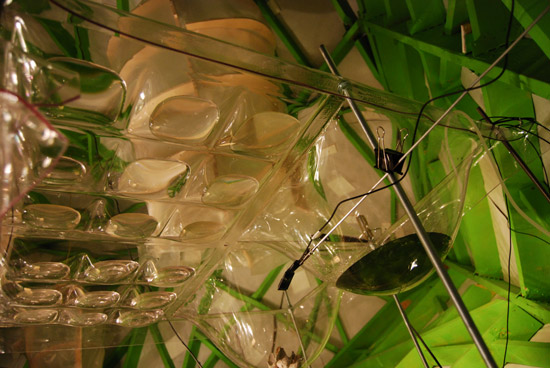 investigating the physical and metaphoric space between biology and architecture, the installation fuses these organisms within the vivarium, creating a new hybrid ecology that grows and self-stabilizes throughout the period of three months.

the exhibition reflects a shift from the direct experience of life to the experience of media-augmented environment, in which flows of energy regulate processes and generate culture. 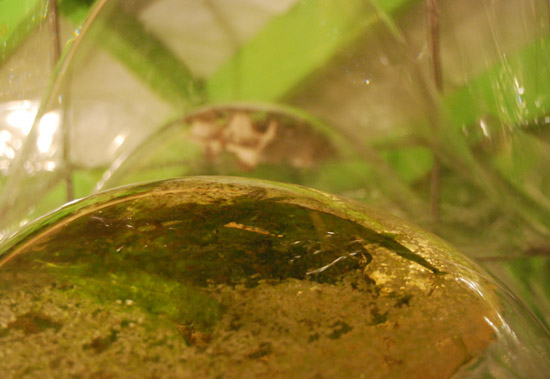 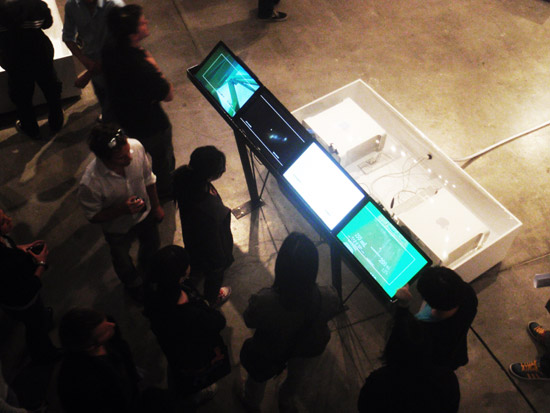 designboom recently spoke to juan azulay about his conceptual piece and some of the challenges he faced creating this exhibtion.

what was the initial creative starting point for this exhibition and its theme?

the relationship between the physical and the mediated, between morphology and behavior is the crucial baseline of matter management’s practice. it is in that sense that we say this project’s aspiration was to create a mythological entity. this mythology is made of an architecture that pushes its collective to self-embalm while living – what we are calling ‘an architecture that casts no shadows’. yet the truth is that the project is like a hostage situation: it is there and one has no other way but to out-think it and out-wrestle it. this hostage situation comes from a place that we can never recognize or rationalize – however lucid and rational the project may be. 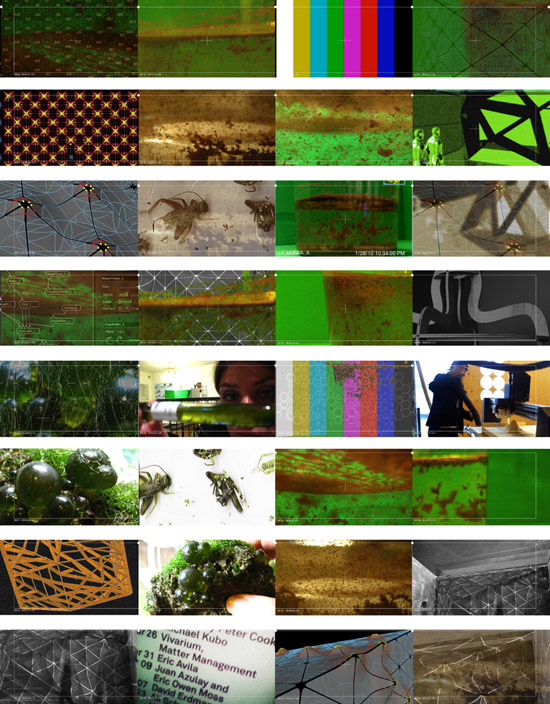 what has been the greatest challenge in translating this concept of a self-sustaining/ self stabilizing ecosystem to an actual physical space?

the greatest challenge has been to keep the conceptual focus of the project. at every fork one weighs out options, yet these options are only one option in disguise. there’s only one right option and the difficult thing is to keep making the right choices – synthesizing and reducing what the thing itself decides it has to be. 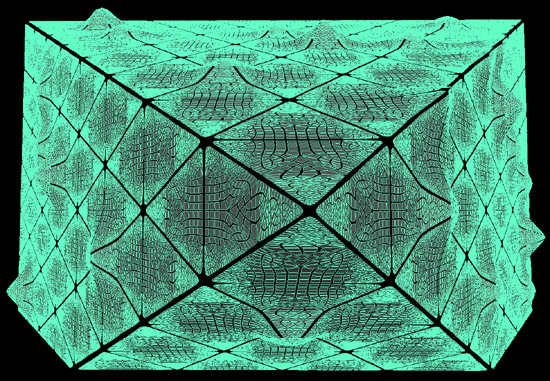 I would rather say that humans are already hybridized post-humans in disguise – or aliens. it is possible that humans are the creation and re-creation of intelligent bacteriological material to restructure the chemistry of the universe by some brilliant intangible thing we have been calling culture, which in a different scenario could have been nothing more than a tide or a flood. it is in this sense that the counter-sustainable vein of the project should be understood. these lifeforms regulate their own ecosystem and almost always (virtual, robotic, biological) they choose to sacrifice themselves in either physical or behavioral extinction. the only way out is to gift themselves an imperfect god – an alien mythology. this has been the function of technology all along for people like david cronenberg, jules verne or reza negarestani, to name a few. 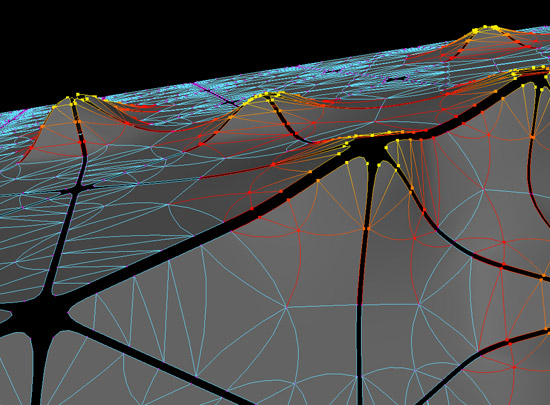 could you elaborate on why 90 days was thought to be the ideal time for a complete lifecycle?

ninety days is simply a constraint, a forced evolutionary bracket that the virtual organisms (text files running between biological entities and robotic entities) are entirely aware of, and to a certain extent the basis of their construction, temporally speaking. the temporal bracket is a function of the volume of the ecosystem, the complexity of the media infrastructure, the diversity of the ecology in question and the variation in the skin of the black matte vacuum formed shell. 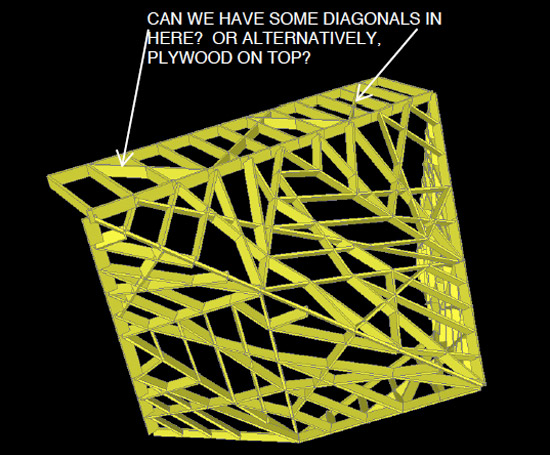 juan azulay is the director of los angeles-based firm matter management. his practice ranges widely in discipline, methodology and media, spanning works in architecture, such as the aquatic terrarium for the new barcelona zoo (2001), to film, including the feature ‘the blue of noon’ (2010). azulay received his bachelor of architecture from SCI-Arc and his master of science in advanced architectural design (MSAAD) from columbia university. 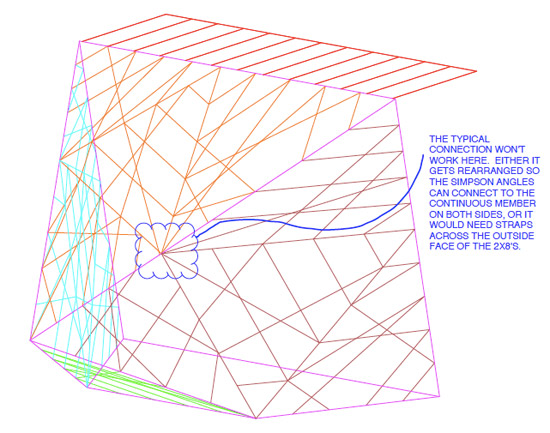