the argentinean, multi-talented juan gatti is generally known as a commercial photographer and graphic designer, often collaborating with film director pedro almodovar. his less known work includes anatomy drawings of human body in combination with the taxonomy of plans and of exotic animals. in his images there are wind-blown flowers, dragonflies, birds, and always the dazzling beauty of the human body. ‘what I like best in life is gardening. the most fun thing of all is to come here on weekends and get in there until I’m done and scratched all over like a vietcong soldier. I particularly love pruning, I find it very relaxing.’ 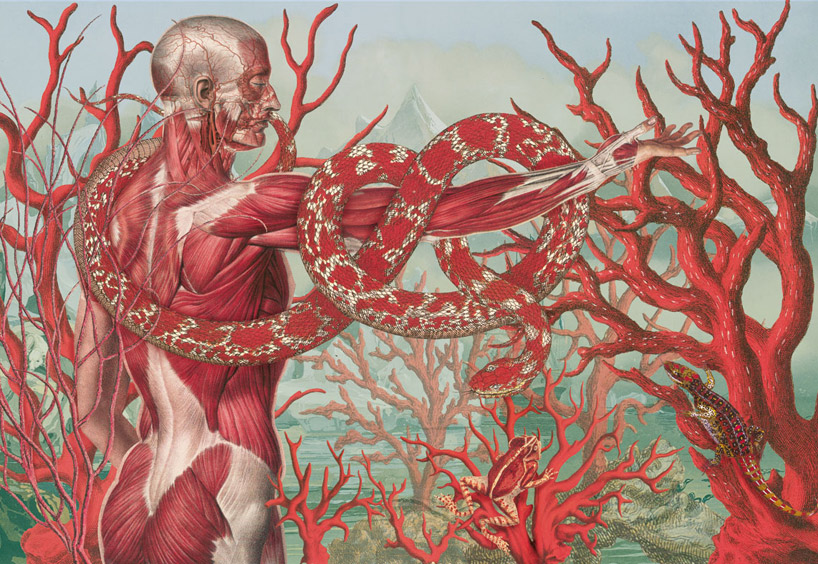 his artistic career has always tread a line between hollywood fantasies and the bauhaus school: I have a more rationalist side and another side that’s closer to glam‘ he says.

recently, the fresh gallery in madrid displayed 25 collages — a collection of his work that focused on the human body in combination with the taxonomy of plans and exotic animals. the exhibition was  entitled ‘de ciencias naturales’ (the natural sciences) and run from september 16 until october 28, 2011. 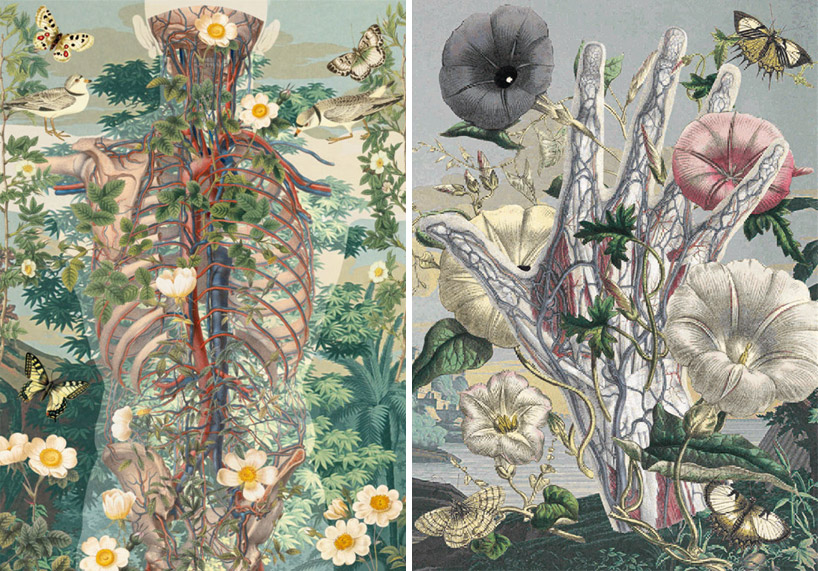 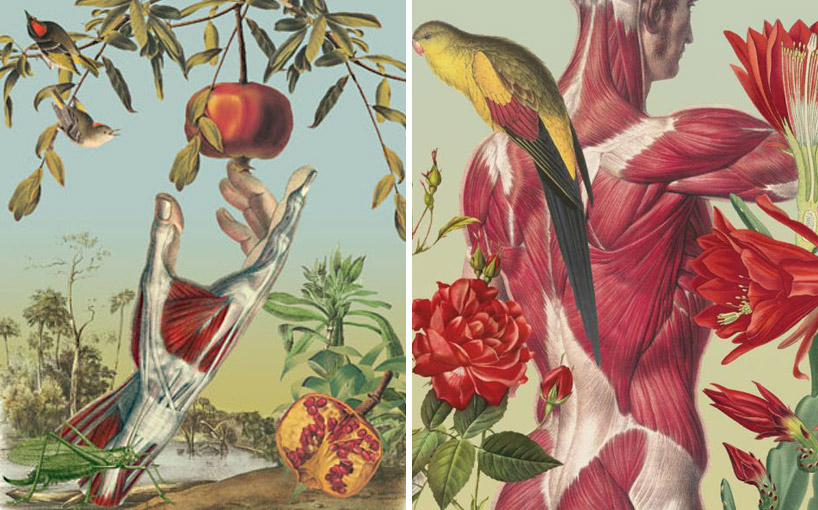 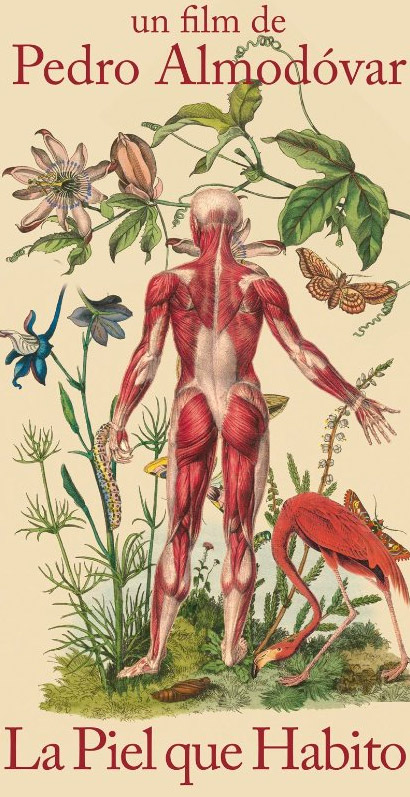 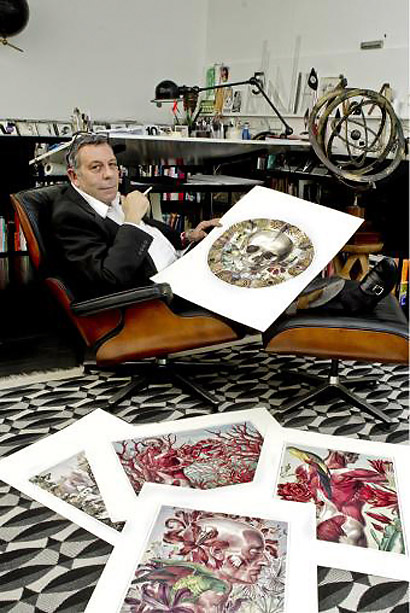 juan gatti was born in 1950 in buenos aires, argentina. his mother was a haute-couture fashion designer and as a child, he spent hours under the drawing table reading fashion magazines. in his twenties, under the dictatorship of general alejandro agustín lanusse, on a national festive occasion, he stepped out on his balcony in underwear and protested. he got arrested. during the six months he spent in a maximum security prison, gatti started drawing. he moved to new york where he worked in the field of photography and fashion and relocated to madrid in the beginning of the 1980’s. at this time, spain was experiencing the counter-cultural movida madrileña movement. gatti collaborated with the frontrunners of the movement, particularily in the culture and fashion scene. after five years with CBS record label designing covers for well known musicians, gatti opened his own studio in 1985. his collaboration with film director pedro almodovar started in 1988, and since then he has been behind the graphic content of almodovar’s films. during the years of 1989 and 1990, gatti was the art director of vogue italia. in 2002, he was chosen to be the photographer for the pirelli calendar, confirming his success in the field of photography. juan gatti is represented his agent michele filomen gatti lives and works in madrid.

currently on show until april 1st, 2012 is juan gatti’s retrospective exhibition ‘contraluz’ in CANAL ISABEL II exhibition hall, in madrid, spain. curated by art historian, critic and photographer rafael doctor, the exhibition consists of three parts : a journey through 280 pictures and posters – as well as design objects – whose central piece is series of photographs entitled ‘contraluz’ (backlight). 40 large-format black and white photographs in a 360° audiovisual installation projected in the dome of the exhibition hall. gatti has become one of the figures that have shaped the image of madrid and the ‘contraluz’ exhibition serves as public recognition of the artist, after the national design award (2004) and the gold medal for merit in fine arts (2010). the exhibition has two catalogs published: a general review divided into ‘graphis’, and ‘photo’ and another on the photo series ‘contraluz’.