american artist judith klausner has created ‘oreo cameo’ as a part of her in her food art series, ‘from scratch’. rendering victorian-era figures from the cream inside oreo sandwich cookies, this collection of miniature portraits examines the contrast between contemporary and historical gender roles. though not a nostalgic romanticization, these depictions commemorate the sacrifices of women who created three full meals a day from scratch, an ode to those who only knew a labor-intensive culinary past.

the artist explains: ‘home cooking is once again gaining popularity. within this atmosphere, the temptation to romanticize the past is strong. yet, the availability of packaged foods is what allows us the time to pursue careers, to develop new technologies, to create. the food on our tables may not be as tasty as it once was. it may not even be as wholesome. but it is important to take a step back and recognize the trade that has been made, and that what we have gained is not to be undervalued.‘ 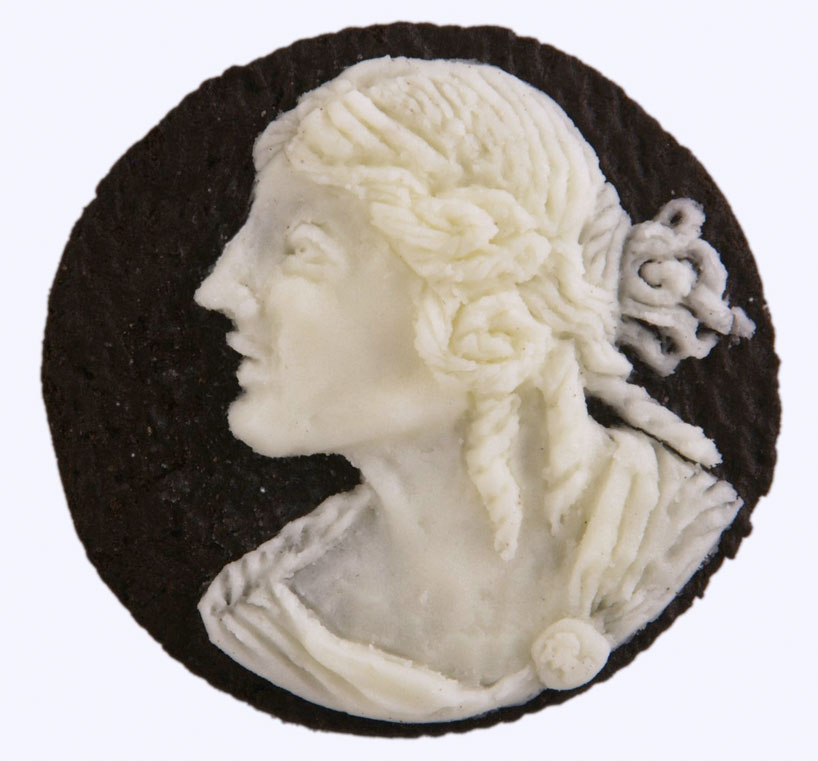 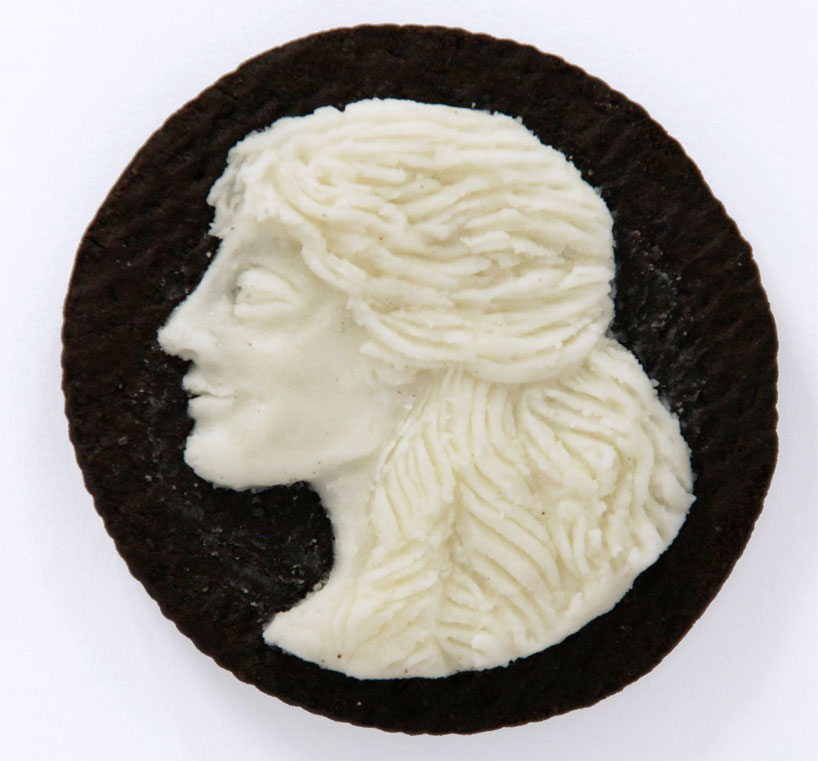 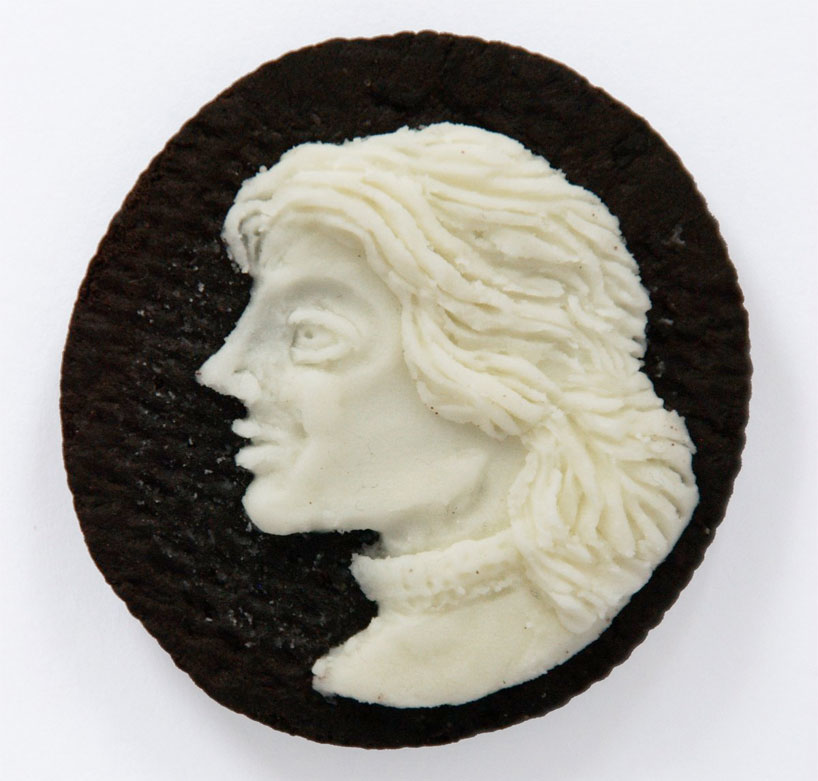 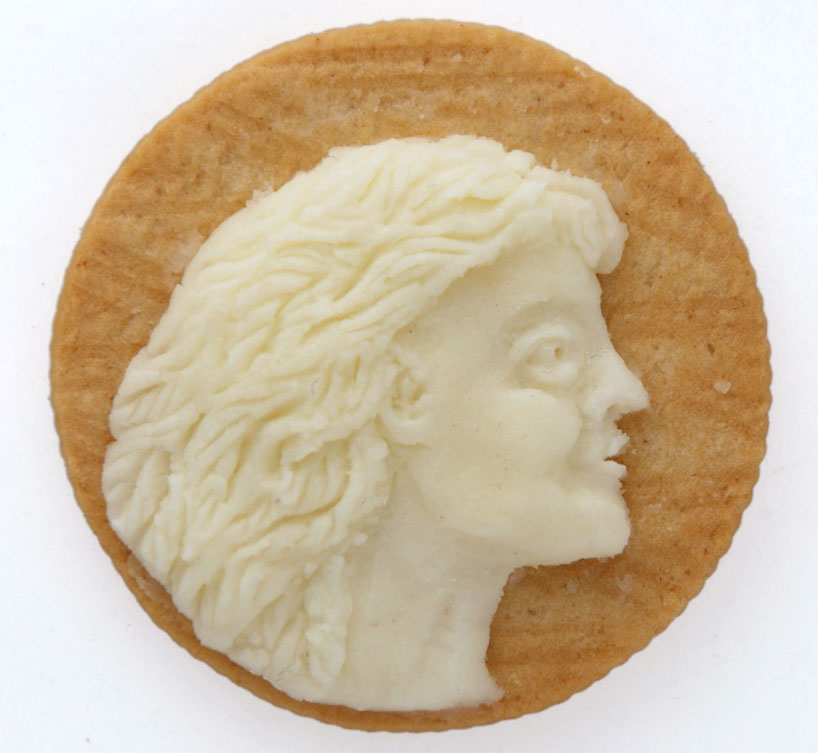 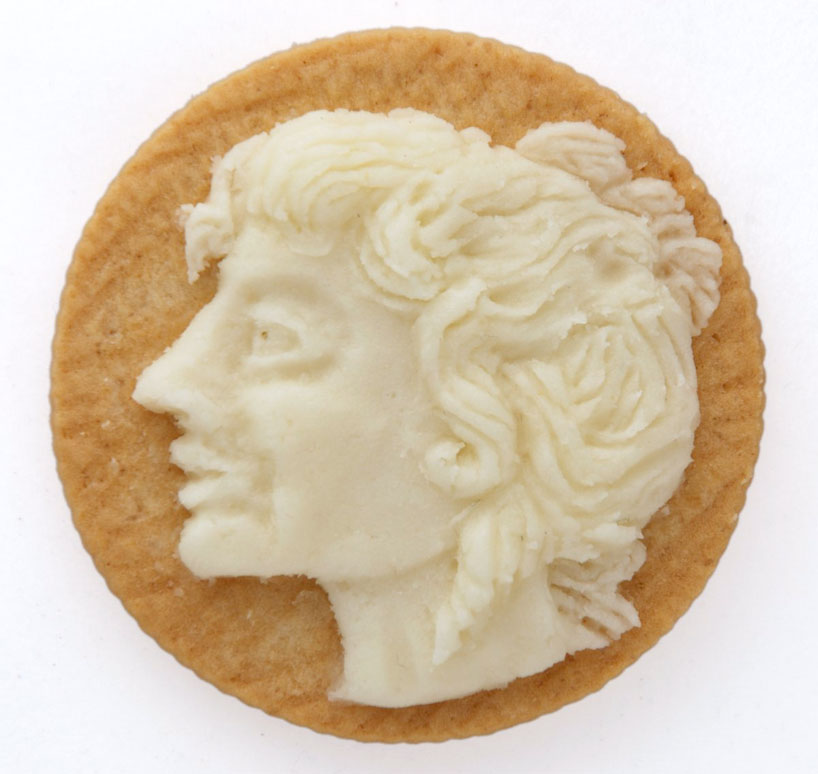 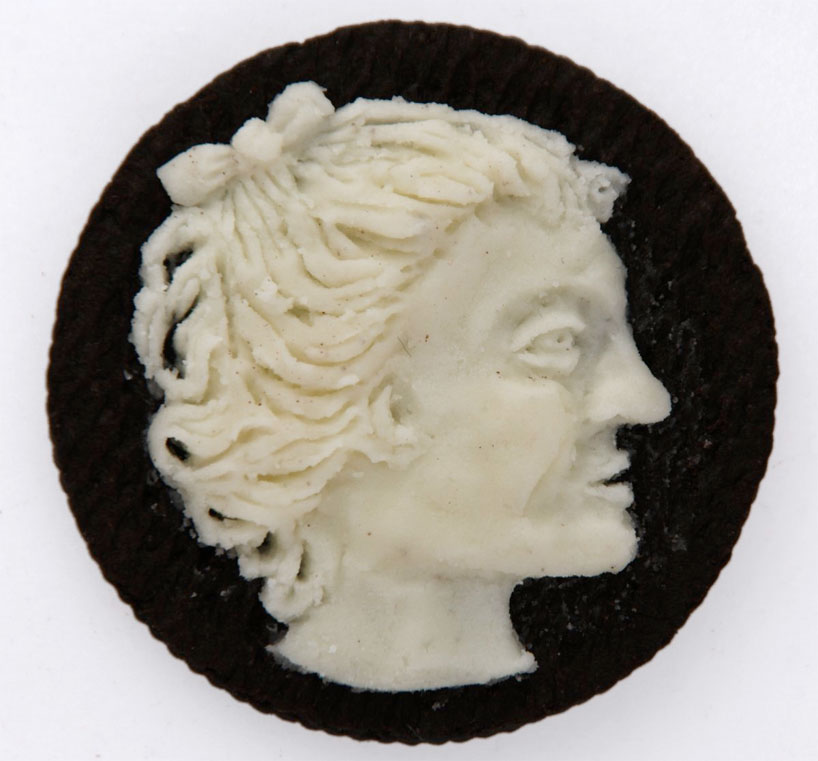 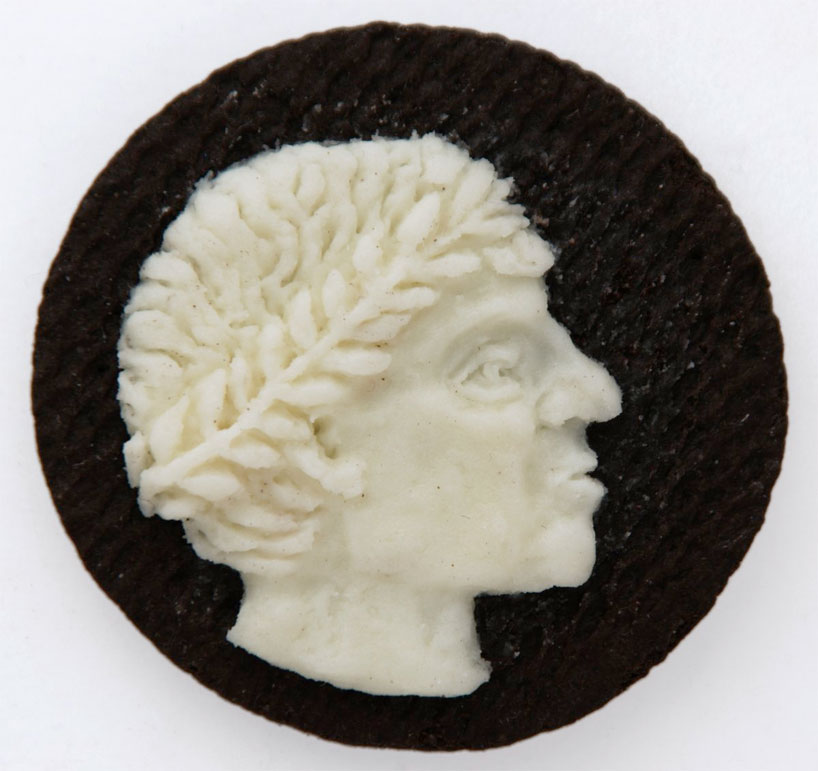 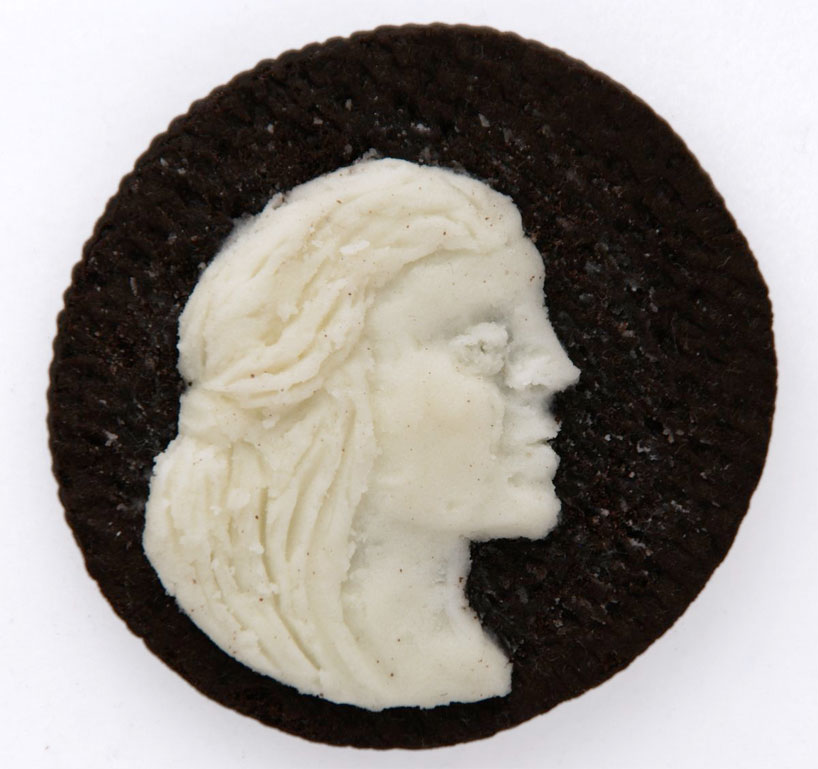 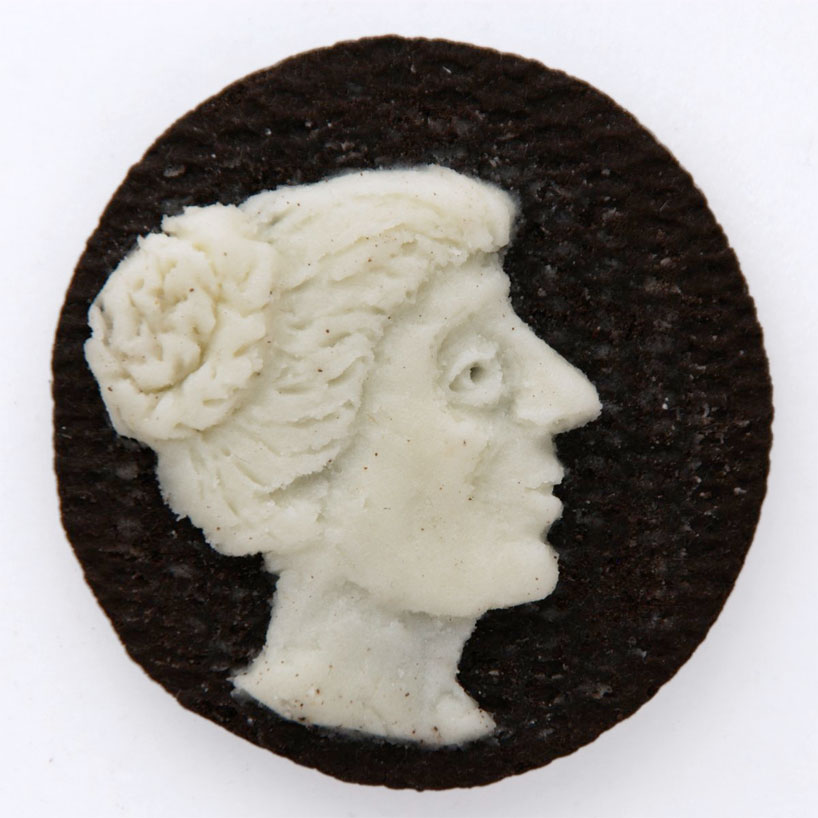