here on designboom, we’ve seen underwater puppies, sushi cats and rainbow colored sheep. now, adding to our animals in art news, is german photographer julia christe’s ‘freestyle series’ comprising a collection of pooches playfully leaping in the air. each of christe’s images bears a uniquely comical and whimsical quality — a pint-sized pomeranian gleefully soars into the air, fur goes flying and ears wildly flap in space. solid grey backgrounds deliver a straight-forward, high-contrast result where the humorous expressions of each pup can be clearly experienced, their hovering bodies seemingly floating in the frame. 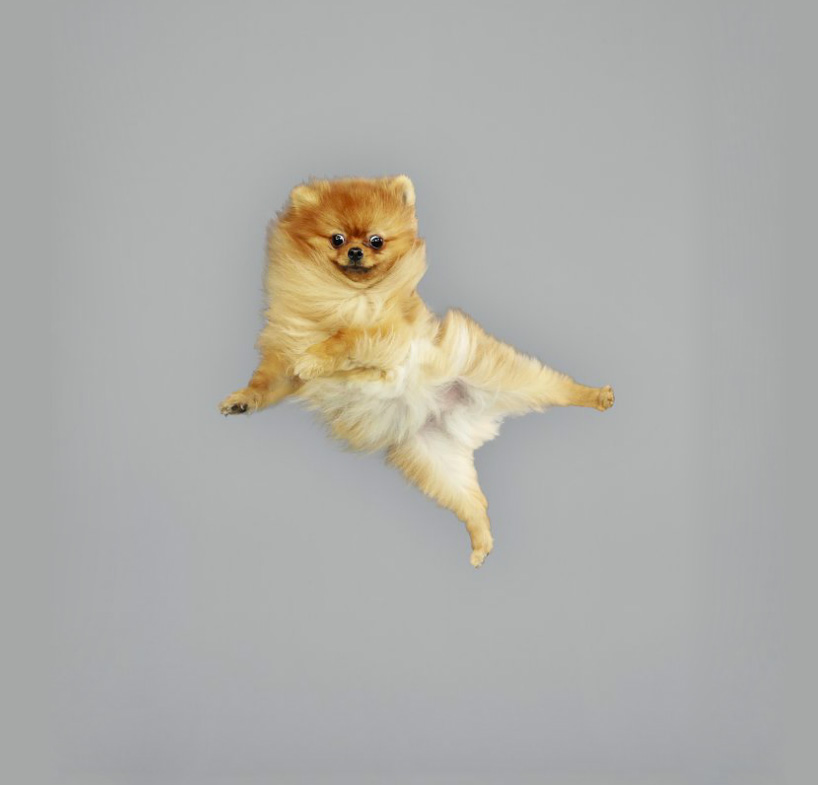 a pint-sized pomeranian gleefully soars into the air 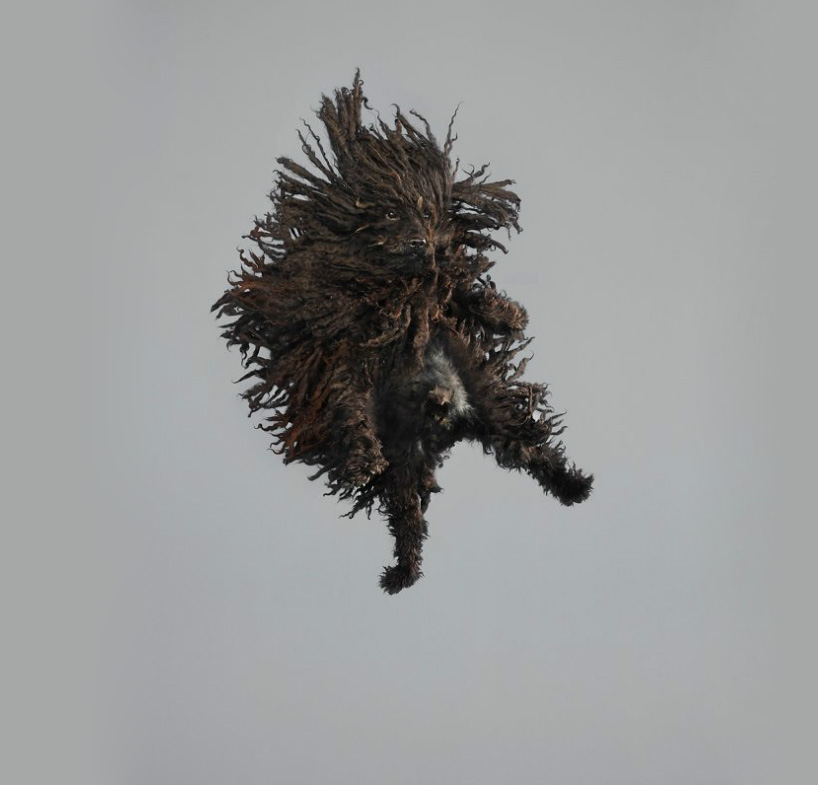 a chocolate brown komondor breed jumps, while its long hair flaps in around it 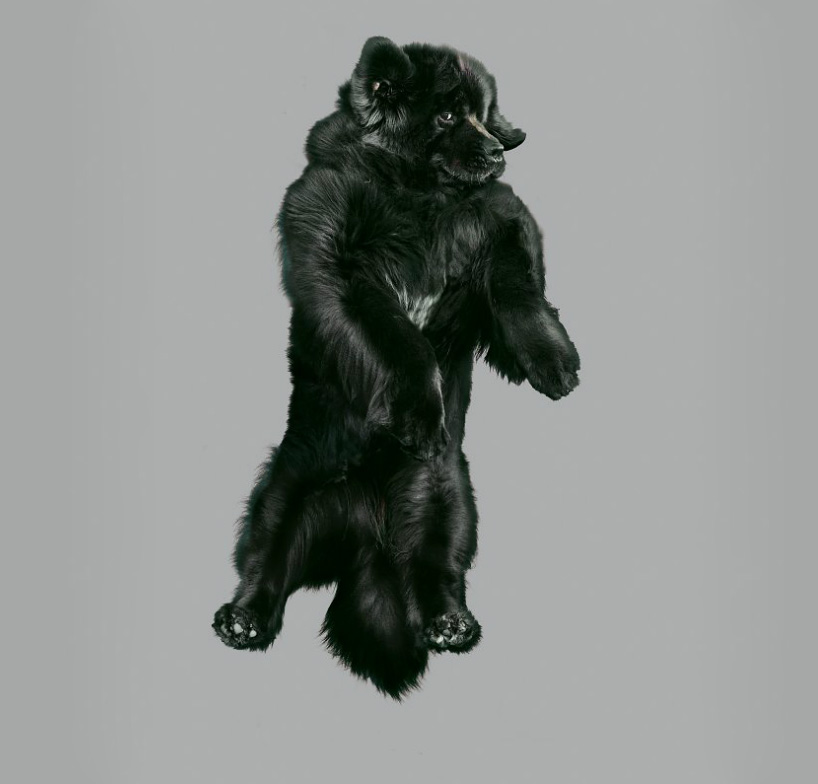 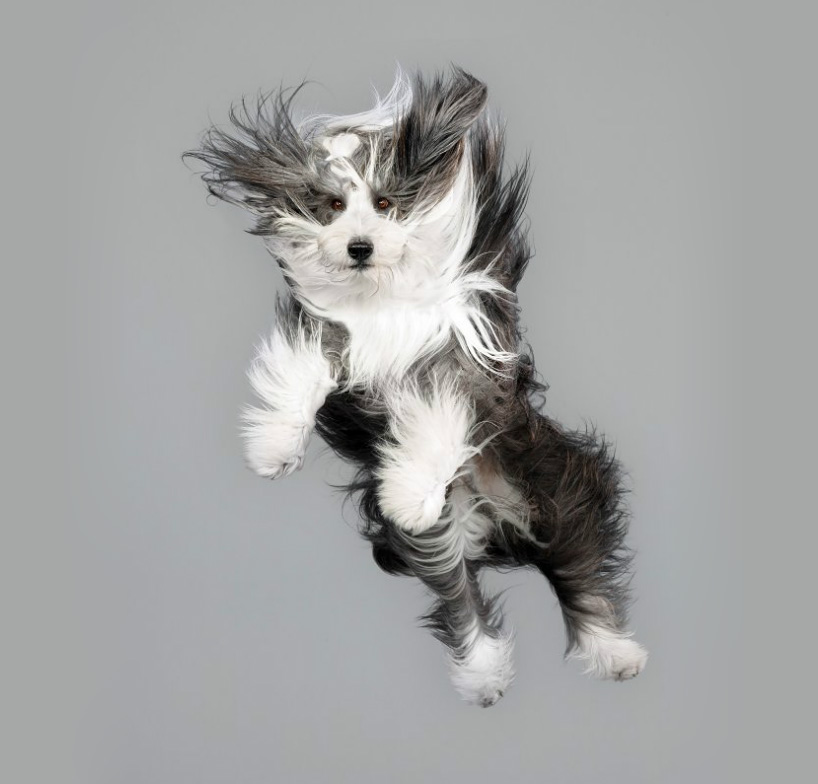 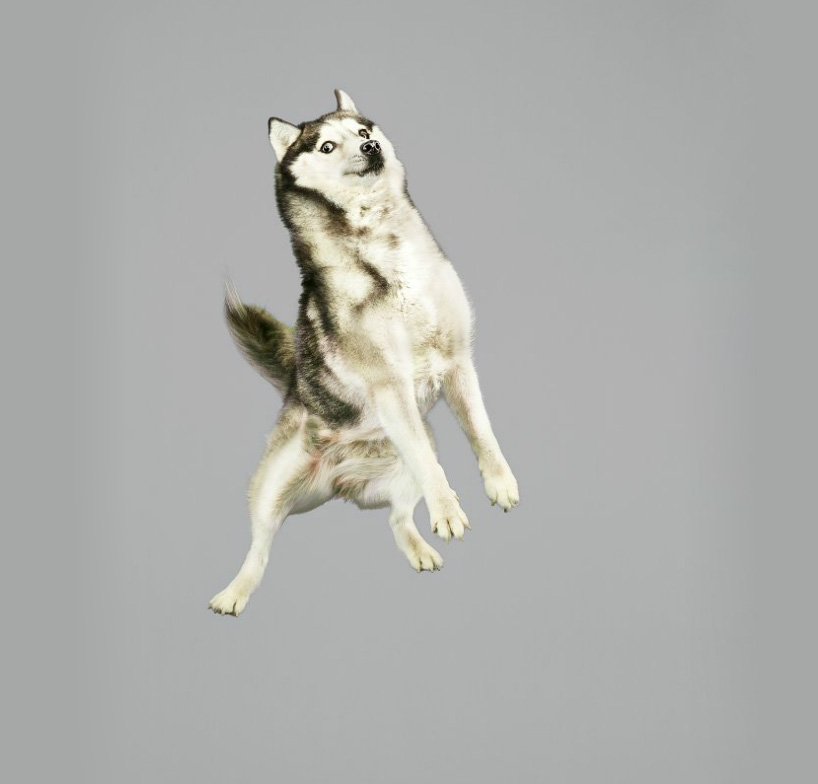 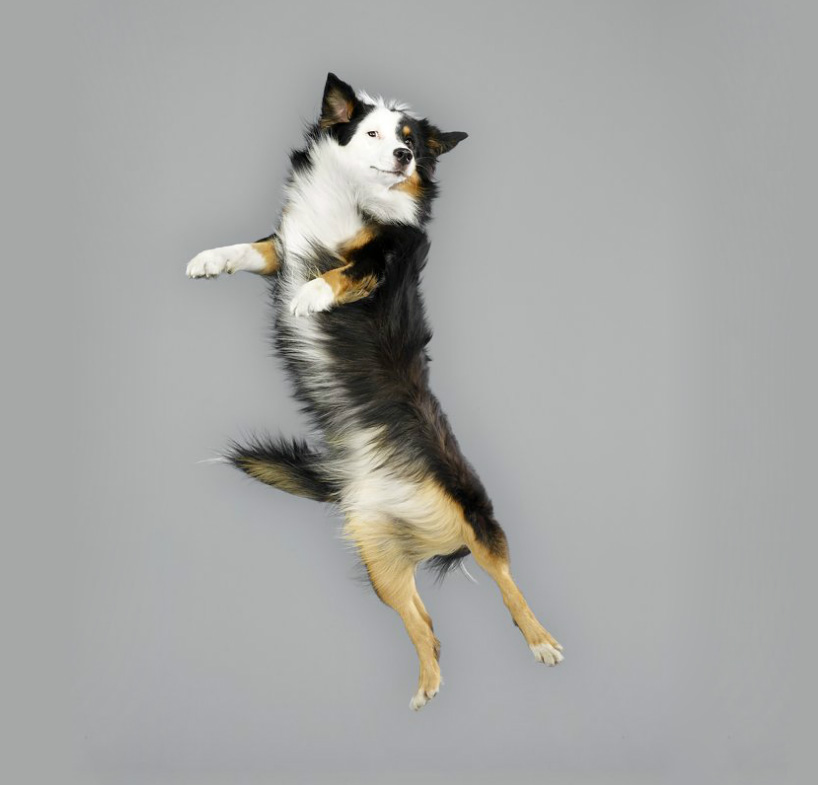 the pups caught mid-air seemingly float within the frame 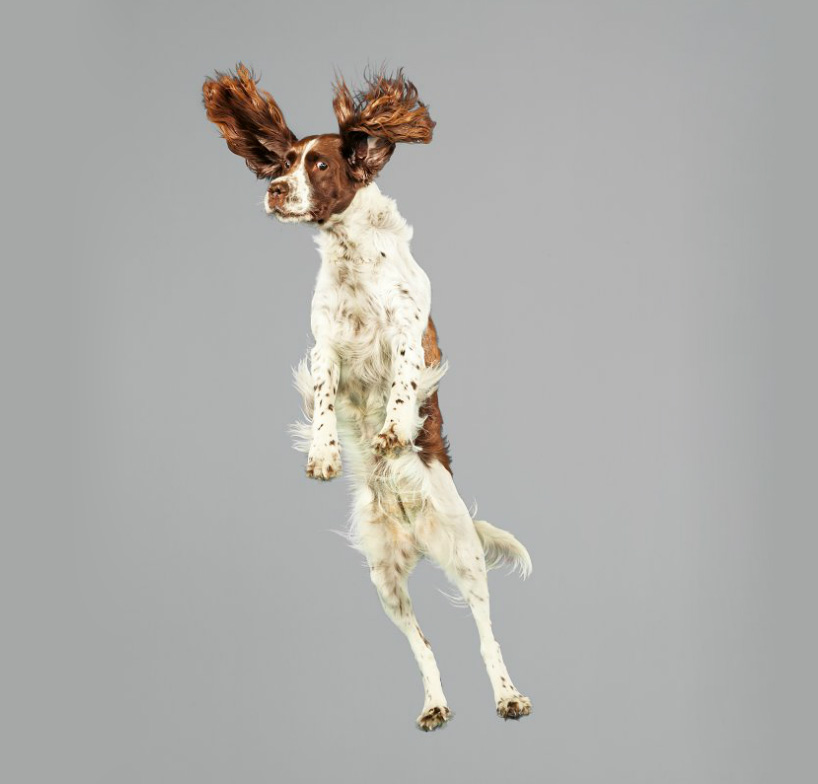 the dogs ears are suspended mid-air above its head 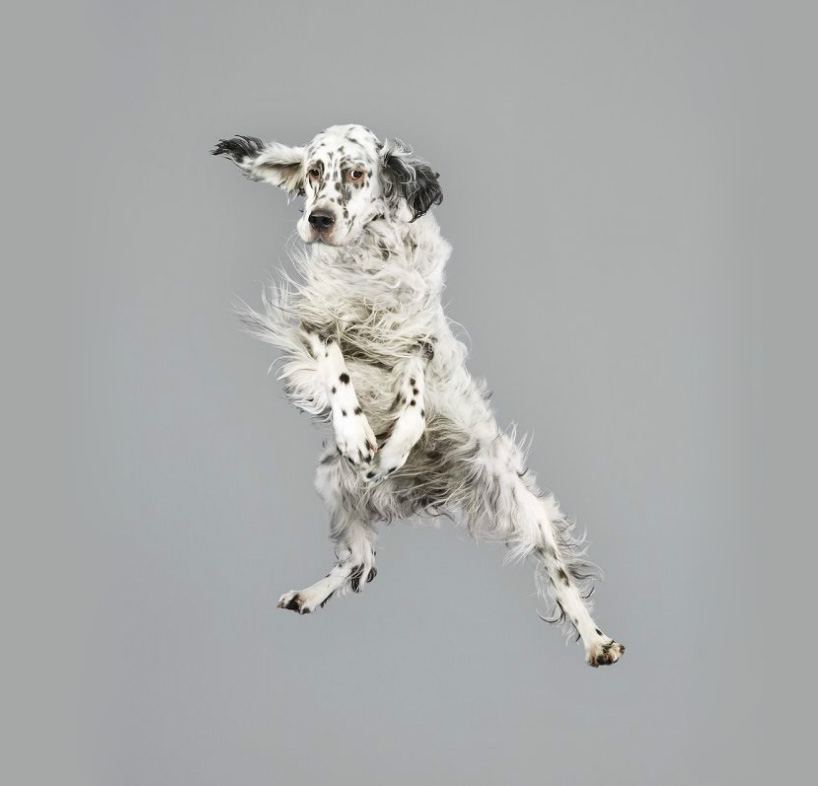 a spotted dog soars into the air