paris-based artist julien mauve materializes scenes of abandoned architectural landscapes in a series of images which asks ‘what’s left of utopia’. the project acknowledges an impoverished urban panorama, of which the desolate somber cityscapes result from our built world. industrial structures, abandoned towers and neglected residential complexes are highlighted for their destructive and toxic affliction on space and humanity, forming a two-fold mixture of grief and hope. the characters in each picture are seemingly on the brink of disappearing within the fog that engulfs the scenery; ‘disembodied witnesses, they become actors in a play of which the ending is uncertain,’ describes mauve. considered at the time of construction to be symbols of progress, these edifices and emblems of a manufacturing-driven culture now reveal, in this series, more sinister tone. 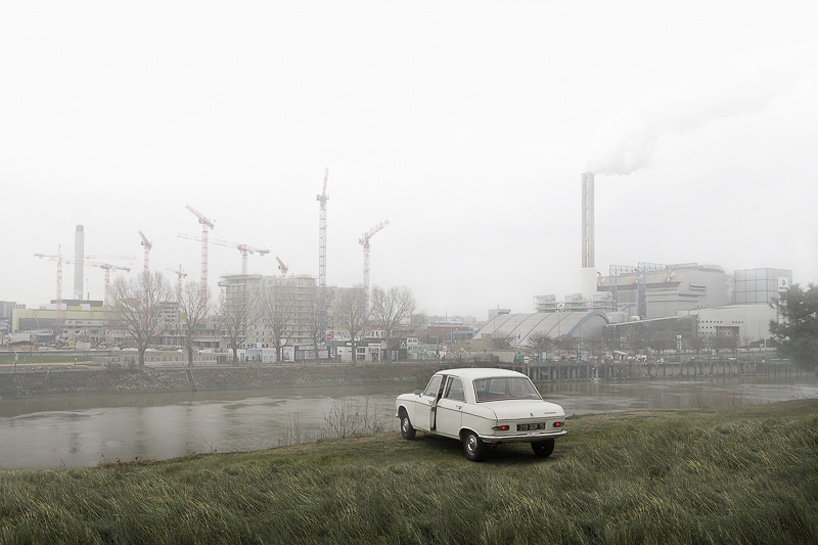 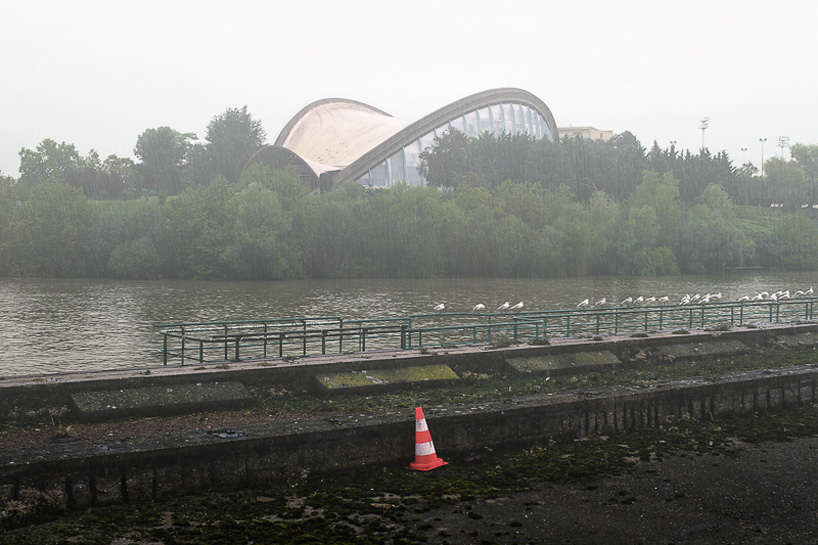 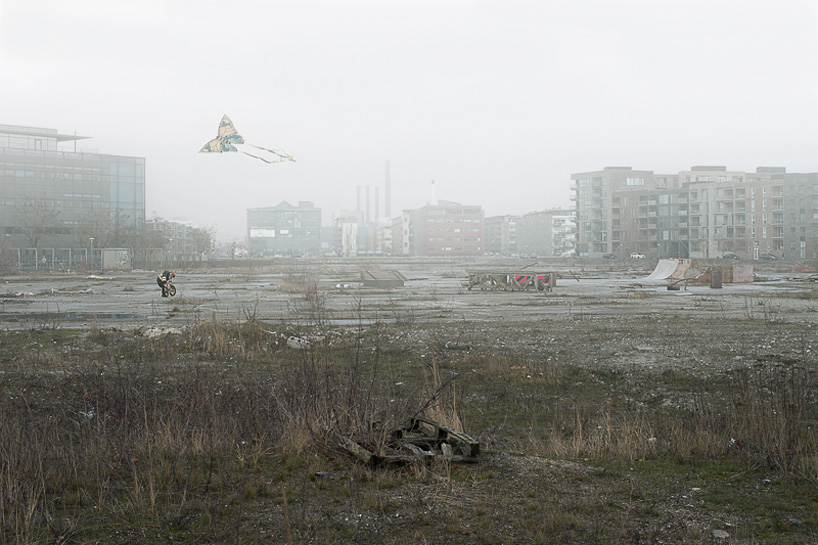 trash and dietrus sit before an abandoned building complex 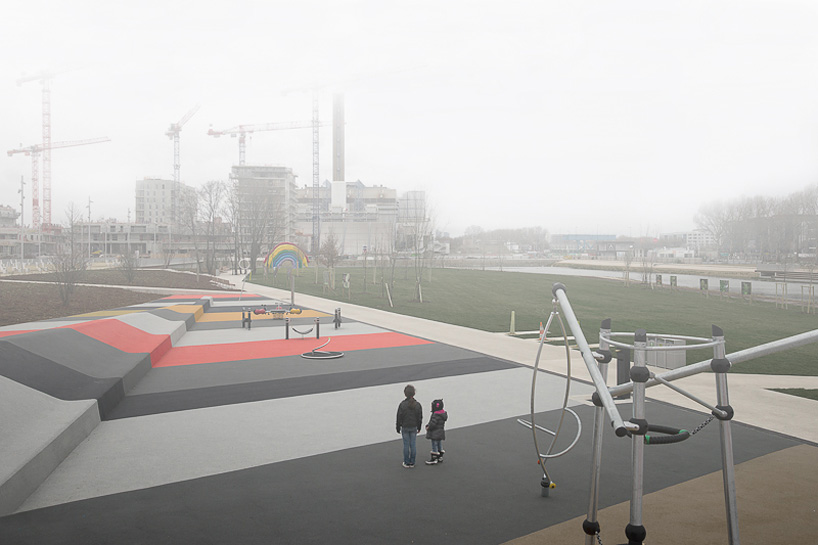 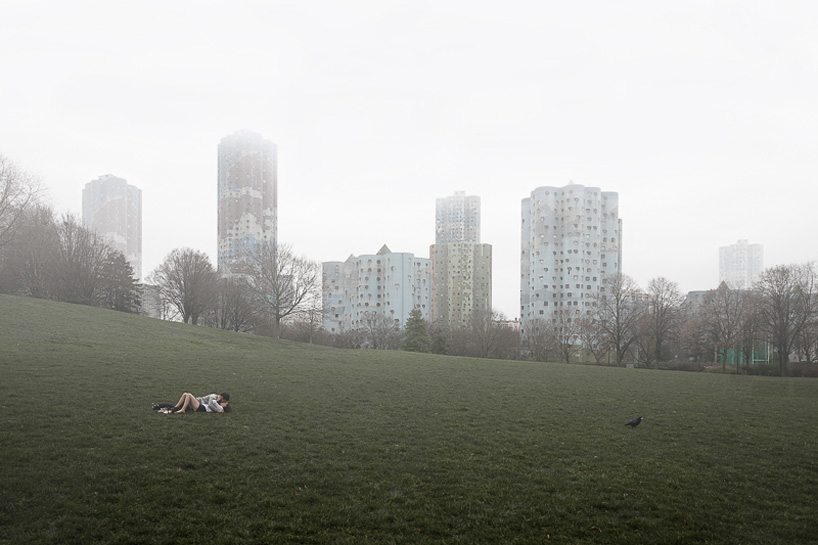 a young couple on the grass act a symbol of hope, but their surroundings indicate a more somber tone 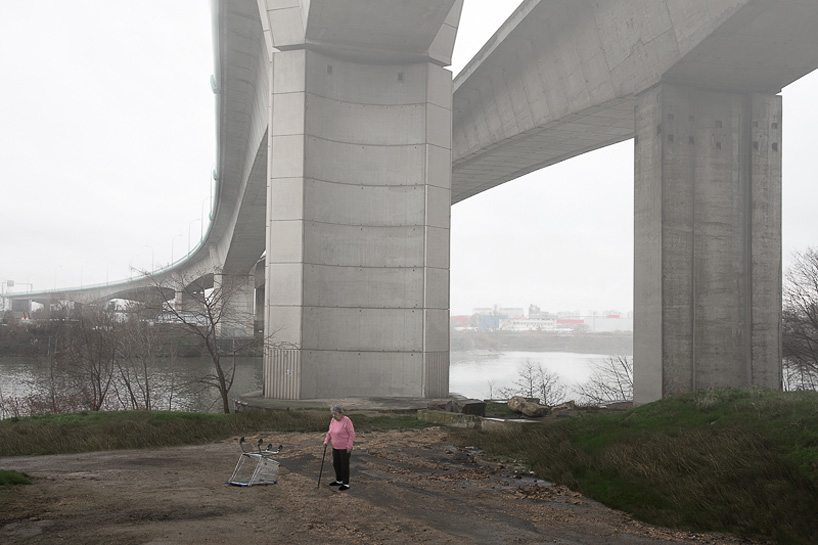 sadness pictured beneath a bridge 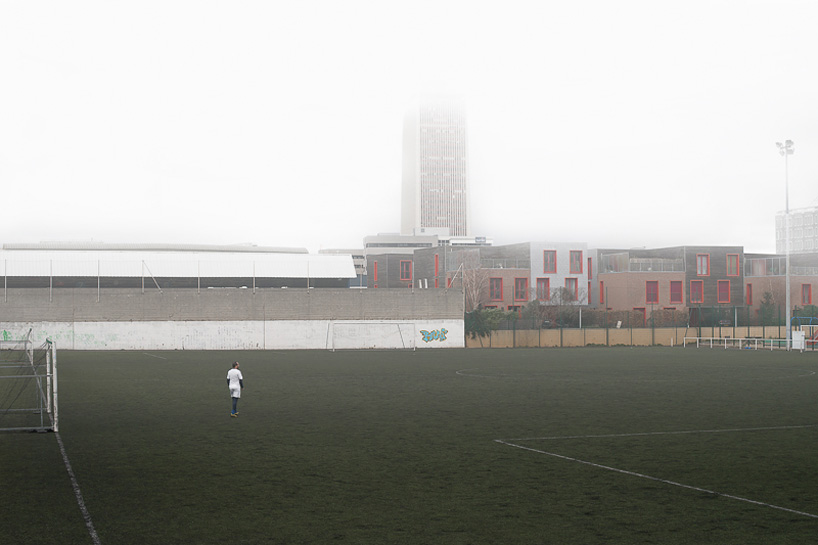 a lone person walks along an empty soccer field 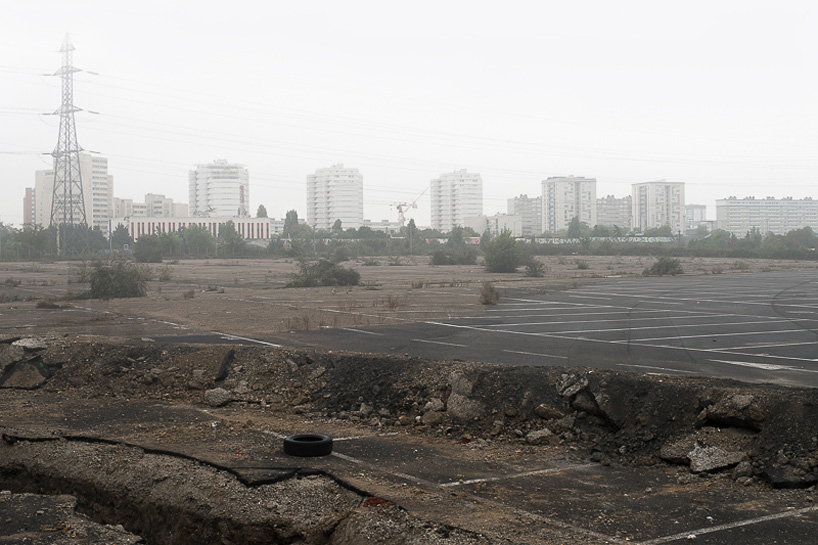